In this article, we explore the benefits of American ginseng, a popular adaptogenic herb. We will discuss how it impacts the human body, the latest research, possible side effects, and more.

Here is everything you need to know.

What Is American Ginseng?

It should not be confused with Asian ginseng (Panax ginseng) or Siberian ginseng (Eleutherococcus senticosus), although they share some similarities.

American ginseng is native to the United States and Eastern Canada. It grows in deciduous forests, primarily in the Appalachian and Ozark regions. It is a small plant (8–15 inches tall) with dark green palmate leaves. Its flowers are small and white, and it produces clusters of red berries. 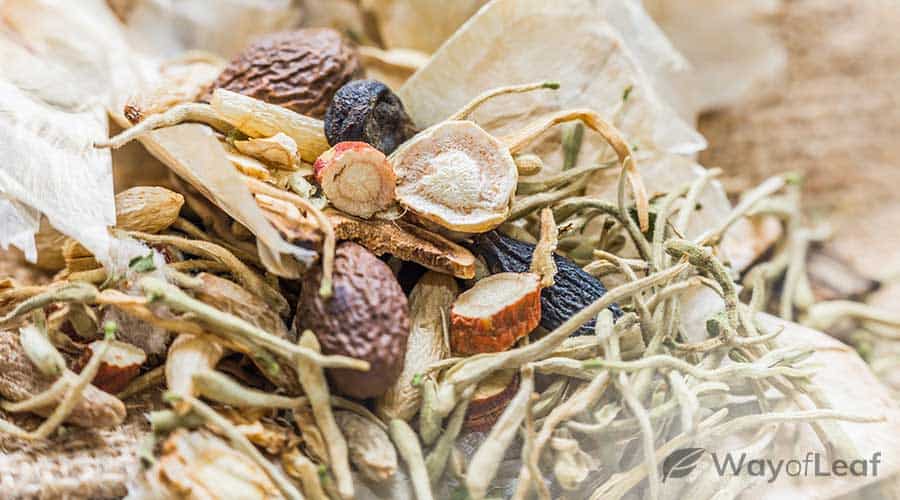 The plant’s roots, leaves, stems, and fruit all contain medicinal compounds called ginsenosides. However, the roots are the part that people generally use therapeutically. Other active constituents include polysaccharides and unsaturated fatty acids (linoleic and linolenic acid).

Native Americans have used this herb for its health benefits for many years, and it is popular in traditional Chinese medicine. Unfortunately, though, overharvesting has significantly depleted wild populations of American ginseng. As a result, it is now a protected species in many states.

Nowadays, just 19 states allow the harvesting of wild American ginseng. There are also rules regarding the age of plants that can be collected and at what time of year.

According to a 2019 review, the benefits of American ginseng include:

Most experts also consider it an adaptogen, meaning it could help the body cope with stressful situations. However, most of the current research has been on animals rather than humans. Therefore, it is impossible to draw firm conclusions regarding many of the above claims.

That said, there are several areas where scientists have studied American ginseng’s effects on humans. We will discuss them in detail below.

One of the fields with the most compelling evidence is how American ginseng could help diabetes. Numerous studies have shown that the herb has hypoglycemic (blood sugar reducing) effects.

One example is a study published in Archives of Internal Medicine in 2000. It investigated American ginseng’s effects on nine people with type 2 diabetes and ten healthy controls. Researchers gave the participants 3g of ginseng or a placebo either 40 minutes before, or at the same time as, a glucose challenge.

Based on these results, the paper’s authors recommend that healthy individuals take American ginseng with food to avoid hypoglycemia.

Another study, published in Journal of Medicinal Food in 2013, tested American ginseng on mice with type 1 or type 2 diabetes. The results showed that the plant reduced blood glucose and glycated hemoglobin (a measure of glucose levels over time).

When the researchers examined the animals’ pancreases, they found an increased area of insulin-producing islet cells. They suggested this could be due to American ginseng having regenerative effects.

Finally, a 2013 study for Complementary Therapies in Medicine suggested that American ginseng could reduce blood pressure in diabetes patients. However, in this experiment, researchers combined the herb with Asian ginseng and enriched the extract with an additional ginsenoside.

American Ginseng for Infection of the Airways

American ginseng may also help to prevent common respiratory infections such as colds and flu. This is probably due to the presence of polysaccharides, which benefit the immune system.

A large, multi-center trial investigated these effects in 2011. The Canadian study included 748 community-dwelling seniors in its analysis. The participants took either 400mg or 800mg of a standardized American ginseng extract (CVT-E002) or a placebo for six months.

The results showed that the 400mg and 800mg extracts reduced the risk of respiratory infections by 31% and 33%, respectively. The treatment appeared to be well-tolerated and safe. Although several adverse events occurred during the study period, they were unlikely to be related to American ginseng.

Although these findings are promising, it is crucial to note that they only pertain to the CVT-E002 extract. It is unclear whether other American ginseng formulations produce the same effects.

American Ginseng for Memory and Mood

Memory and mood enhancement are among the most common reasons for people taking American ginseng.

There is not much evidence in this area, but a 2010 study suggests there may be some benefits. The researchers gave a standardized American ginseng extract (Cereboost™) containing 11.65% ginsenosides, or placebo, to 32 healthy volunteers. The subjects then performed a series of cognitive tests and answered questions about their mood.

The treatment enhanced cognitive performance, predominantly in the area of working memory.

The results indicated that the treatment enhanced cognitive performance, predominantly in the area of working memory. It also promoted a sense of calm.

The mechanism underlying these effects is not yet clear. However, the researchers did not find any link with blood sugar regulation, suggesting a distinct process is involved.

There is no standard recommended American ginseng dose. The amount required will depend upon the individual taking it and the condition they are hoping to treat. 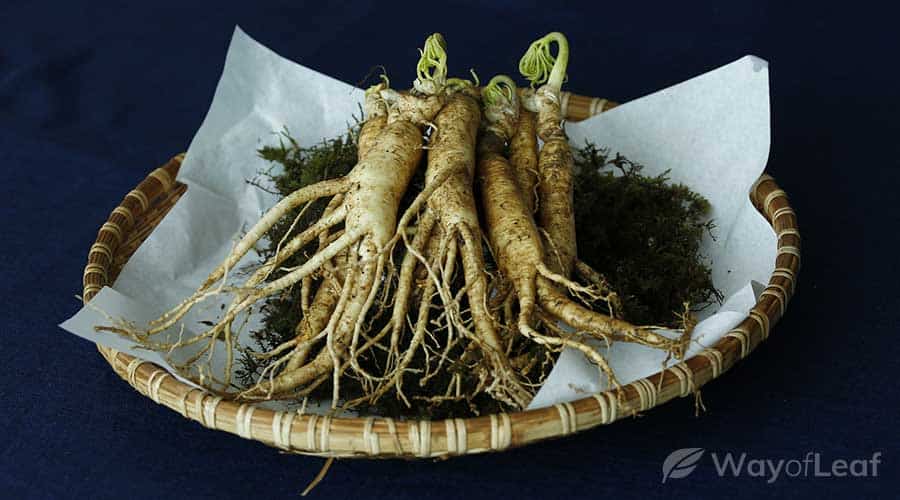 The U.S. National Library of Medicine has suggested that doses between 100mg and 3000mg appear safe for up to 12 weeks. Single doses of up to 10g have also been used without adverse effects.

People taking anti-diabetic drugs should exercise caution with this herb due to the risk of hypoglycemia. Furthermore, it could cause agitation and sleep problems in people with schizophrenia. Finally, certain groups of people should avoid taking American ginseng altogether. They include:

Related article
What Is an Adaptogen Cream?

Do they really work?…

American ginseng could also cause surgical complications and should be stopped at least two weeks before surgery.

Other possible side effects of American ginseng include:

American ginseng is a popular herbal remedy in traditional American and Asian medicine. Some of the best-studied American ginseng benefits include diabetes management, preventing respiratory infections, and enhancing mental function.

Although the herb is safe for most people to use, some individuals should avoid it. Therefore, anyone considering taking American ginseng should consult a healthcare provider first to ensure it is suitable for them.

Want to learn more about adaptogenic herbs? Here are some of the most popular options: