There are several types of ginseng, including Asian, American, and notoginseng. All of these herbs have similar properties, although there are some subtle differences too. When people talk about ginseng, they are most often referring to the Asian variety, which is the focus of this article.

Ginseng is one of the most prized herbs in traditional East Asian medicine.

It is one of the most prized herbs in traditional East Asian medicine. So much so that some people refer to it as the king of all herbs. But what are its benefits, and is there any scientific evidence to support them? Here’s all you need to know.

Asian ginseng is native to Korea, North-East China, and eastern Siberia. However, it should not be confused with Siberian ginseng (Eleutherococcus senticosus).

Its botanical name is Panax ginseng. The word panax comes from the Greek language and means “panacea,” or “cure all.” Although this description may be somewhat exaggerated, the benefits of ginseng are extensive and highly varied. 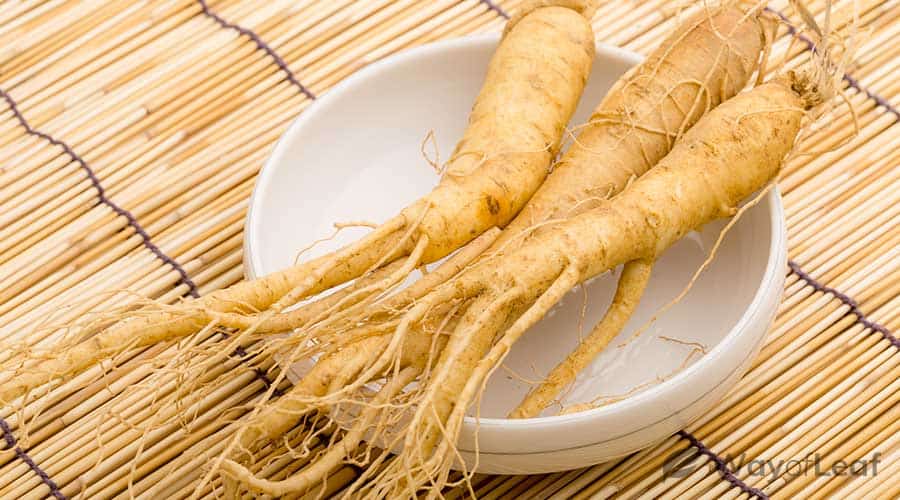 The plant contains over 60 unique compounds called ginsenosides. It also contains polysaccharides, amino acids, peptides, and vitamins. These numerous active components allow the plant to influence our bodies in a diverse range of ways. For example, slight differences in ginsenosides’ chemical structures mean they can simultaneously stimulate and sedate the nervous system.

Moreover, different methods of preparing ginseng alter its properties further. For example, white ginseng is simply dried in the sun after harvesting. However, red ginseng undergoes steaming before drying, which experts believe increases its bioactivity.

It is primarily ginseng’s roots used for medicine, but the stems, leaves, and berries may also have therapeutic uses.

In traditional East Asian medicine, ginseng is renowned as a tonic herb that promotes general health and longevity. Modern research supports this idea and has shown ginseng to assist in the management of many age-related diseases.

One particular area of interest is ginseng’s benefits for men, including improving sexual function and reproductive health.

There is less robust evidence regarding specific ginseng benefits for female consumers. However, some have suggested it may help relieve menopausal symptoms.

Other common uses include improving stamina, concentration, and memory and reducing stress.

Below, we will summarize some of the current research on ginseng and its potential benefits.

Many of the conditions that people treat with ginseng have an inflammatory component. Therefore, research on ginseng and inflammation has increased rapidly in the past couple of decades.

One of the primary compounds responsible for the plant’s anti-inflammatory effects is a ginsenoside known as Rg3. This chemical appears to work in multiple ways.

A 2018 study found that it inhibited pro-inflammatory cytokine release and attenuated nitric oxide (NO) production. Cytokines are signaling chemicals that play a crucial role in triggering or suppressing inflammation. Meanwhile, NO is a chemical that cells produce as part of their protective mechanism against infections. It increases local blood flow and contributes to the inflammatory response.

Another key area of research relates to ginseng and the brain. Some of the most common reasons people use the supplement include relieving anxiety and depression and enhancing mental function.

A 2015 review discusses these effects in detail. It explains that, among other things, ginsenosides (Rb1 and Rg1) enhance glutamate release. This neurotransmitter stimulates the nervous system and increases brain activity.

Ginseng may also influence various other neurotransmitters, including serotonin, dopamine, and norepinephrine. These chemicals are often involved in the development of mental health disorders, especially depression. Therefore, ginseng’s ability to regulate them may give it antidepressant properties.

It also influences brain-derived neurotrophic factor (BDNF), a chemical that helps brain cells to develop and maintain healthy connections. It has antioxidant, neuroprotective effects and increases cell survival in the hippocampus. This region of the brain is associated with learning and memory, among other things.

Finally, ginseng may help to reduce the oxidative stress and inflammation that contribute to neurodegenerative conditions. Therefore, it may be useful in treating Alzheimer’s, Parkinson’s, and Huntington’s diseases. It may also be beneficial for patients who have had an ischemic stroke.

Unfortunately, most of the current evidence comes from animal studies. More research is required to demonstrate how ginsenosides affect the human brain.

Traditionally, people have taken ginseng as an aphrodisiac and sexual tonic, and there is some evidence to support this use.

A 2013 review investigated the impact of ginseng on male reproductive health. It included two studies on erectile dysfunction (ED). One found that the herb enhanced erectile performance and sexual satisfaction scores—the other reported improvements in rigidity, penetration, and erection maintenance.

The studies’ ginseng dosages for ED were 900mg or 1000mg three times a day. The participants took the supplement for 8 and 12 weeks, respectively.

People also take ginseng for immune system health. A 2012 review suggested that the plant helps to maintain immune balance and improve resistance to infections. It appears to do so via several different mechanisms.

In addition to ginsenosides, ginseng contains compounds called polysaccharides. These are carbohydrate molecules that have a regulatory effect on the immune system. The plant also has antibacterial and antiviral effects. It is considered one of the best herbs for improving microbial clearance.

Ginseng is a popular ingredient in energy drinks, which many people use to enhance alertness, concentration, and physical or mental performance. However, there is not much positive research regarding ginseng and energy levels.

A 2016 meta-analysis found that the herb improved fatigue but did not influence physical performance. The authors stated that the reasons for this were unclear. However, they suggested that ginseng may help regulate blood sugar and neurotransmitter levels while increasing resistance to exercise-induced stress.

Another area where firm evidence is lacking is ginseng for blood pressure. Some studies show that it can increase blood pressure, while others say it can reduce it.

For example, a 2012 study found that chewing ginseng root during dialysis reduced the incidence of hypotension (low blood pressure). The authors suggested the herb could improve blood pressure stability and may be a useful adjunctive treatment for patients undergoing dialysis. 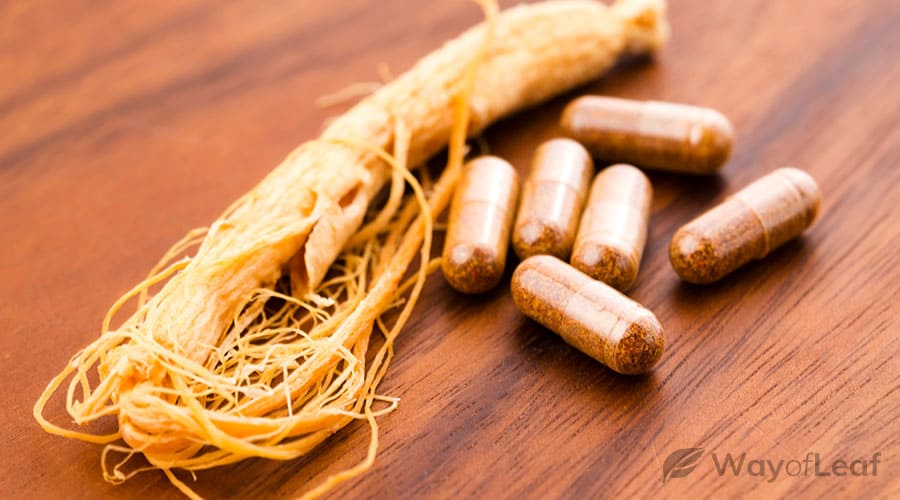 However, a 2016 review found that ginseng did not influence blood pressure significantly. That said, it did find an association between its effects on blood pressure and body mass index (BMI).

Ginseng appears to be safe for short-term use (up to six months), but it may cause some side effects. Korean red ginseng side effects include:

Furthermore, the herb can reduce blood sugar, meaning that people with diabetes should exercise caution. It may also interact with other medications. Therefore, anyone with pre-existing medical conditions should consult a physician before use.

Ginseng is not suitable for children or pregnant or breastfeeding women.

Ginseng has many benefits, and it is easy to see why this herb is so revered in East Asian medicine. It can influence a broad range of biological systems and may help to keep the body in an overall state of equilibrium.

There are many ginseng benefits, and it is easy to see why this herb is so revered in East Asian medicine.

However, although ginseng is generally considered safe, certain people should use it with care. They include those with diabetes or other chronic medical conditions and those taking prescribed or over-the-counter medication.

We recommend consulting a knowledgeable physician or qualified herbalist before use.

How can ancient herbal remedies support our hectic, modern lifestyles? Find out in the articles below: