Adaptogenic herbs, also known as adaptogens, are primarily known for helping the body deal with stress. However, they have a range of other potential benefits too.

Adaptogens are primarily known for helping the body deal with stress.

This article explores the most common examples of these plants, their uses, how they work, and more. Read on for the complete guide.

Humans have used adaptogenic herbs for thousands of years. Many of them overlap with ancient healing systems, such as Indian Ayurveda and traditional East Asian medicine. However, the term adaptogen is relatively new. A Soviet scientist named Lazarev first proposed it in 1940 while studying the properties of Schisandra.

At that time, there was great interest in adaptogenic herbs throughout the USSR. Researchers initially focused on these herbs’ ability to combat stress and relieve fatigue. They believed they could potentially benefit pilots and submarine crews engaged in World War II. 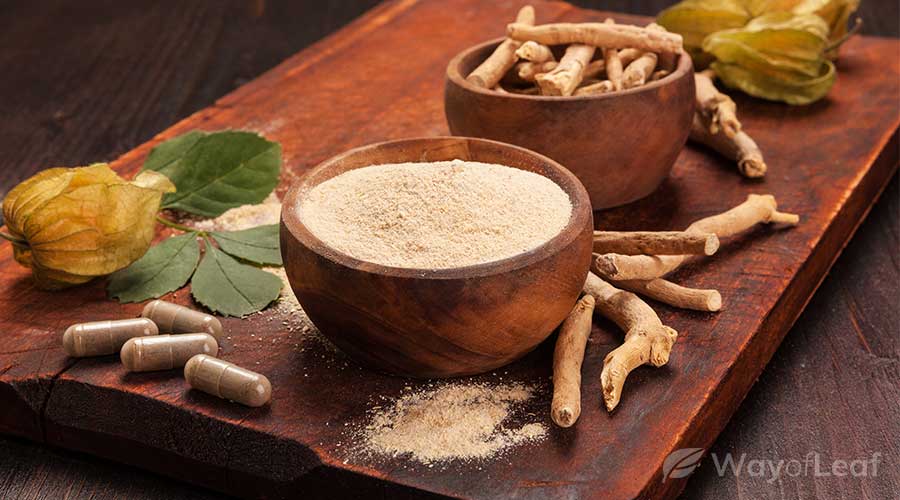 Since then, study into adaptogens and their benefits has advanced steadily, with overall positive results. Unsurprisingly, these herbs have hit the mainstream in the past couple of decades, rapidly becoming more and more well-known.

Over the years, various experts have defined adaptogens in slightly different ways. However, the consensus is that they should fulfill the following criteria:

According to a 2018 review by Liao and colleagues for Chinese Medicine, the FDA defines adaptogens as: “a new kind of metabolic regulator that has been proved to help in environmental adaptation and to prevent external harms.”

These definitions are open to interpretation, meaning there is some disagreement regarding precisely which herbs are adaptogens. We have listed some common examples below, although there are many, many more.

With such a variety of herbs being classed as adaptogens, their range of potential benefits is also exceptionally broad.

Adaptogens primarily assist the body in coping with physical, chemical, and biological stress.

They appear to do this by promoting a state of internal balance known as homeostasis. They may also help cells to pre-empt environmental changes and act accordingly, a process known as allostasis.

As well as supporting homeostasis and allostasis, specific adaptogens have various other unique effects and outcomes. Some of the most common adaptogenic herb benefits include:

Certain herbs may also help with sleep disorders, arthritis, and cancer treatment side effects. So, how do these herbs produce such a wide range of benefits? Let’s take a look.

How Do Adaptogens Work?

Researchers believe that adaptogenic herbs regulate the nervous, immune, and endocrine systems. They appear to act upon the hypothalamic-pituitary-adrenal (HPA) axis. This complex system allows communication between the hypothalamus and pituitary gland in the brain and the adrenal glands.

The HPA axis is a crucial part of the stress response, and its activation releases the hormones adrenaline and cortisol. These chemicals’ short-term effects are beneficial in fight-or-flight situations. They include increased energy production, alertness, and blood flow, to name a few.

However, when the HPA axis is activated long-term, for example, in chronic stress, these hormones can have detrimental effects. For example, excessive cortisol production is associated with depression, chronic fatigue, and poor mental function.

Adaptogens seem to work by influencing both cortisol and its receptors. They also impact various other chemicals and processes involved in the stress response, including:

As we already mentioned, there is some dispute regarding exactly which herbs have adaptogenic properties. Some of the most widely-accepted examples include:

Many other herbs may also be considered adaptogenic in certain circumstances. Visit the adaptogens homepage here at WayofLeaf to learn more.

According to their definition, adaptogenic herbs should not harm the body in normal doses. However, like all medicines, adaptogens can cause side effects, especially with inappropriate use. 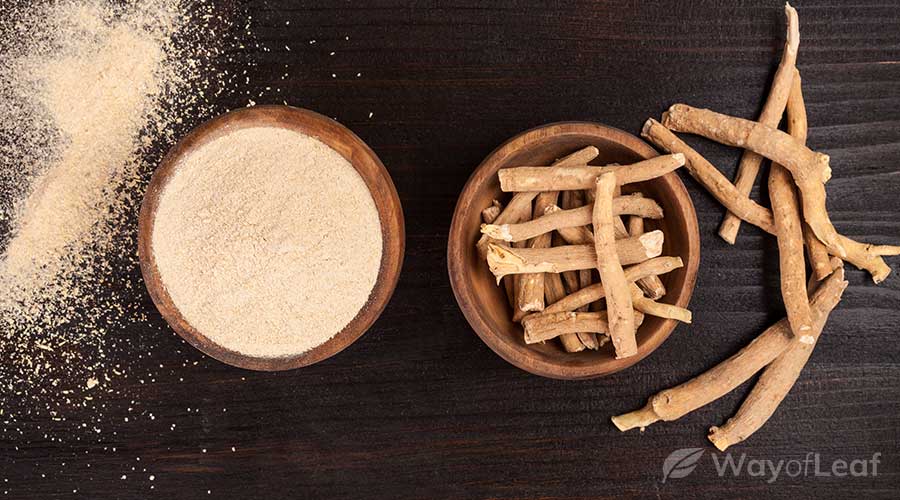 These adverse effects can vary significantly depending on the specific herb. However, some of the most common examples include:

These herbs can also interact with various prescribed or over-the-counter drugs. Therefore, it is essential to consult a physician or qualified herbalist before use. This is especially important for individuals with specific medical conditions or taking other medication.

Another issue to be aware of is that the supplements market is not well-regulated. Therefore, some brands are selling products of questionable quality. These items may be ineffective, or worse still; they may contain harmful levels of contaminants, such as pesticides.

To learn more about choosing a safe and effective brand, read our related article: The 5 Best Adaptogen Supplements.

The potential benefits of adaptogens include helping the body cope with stress, reducing fatigue, and supporting immune function, among others. They work by influencing the stress response via the HPA axis, nervous, immune, and endocrine systems.

Adaptogenic herbs are generally considered safe and side effects are relatively rare.

Adaptogenic herbs are generally considered safe and side effects are relatively rare. However, it is always advisable to seek medical advice before starting any new supplement, medicine, or herbal remedy.