Adaptogens are naturally occurring medicines that help combat the damaging effects of stress.

The antioxidant and anti-inflammatory properties of adaptogens have led skincare companies to develop products containing adaptogens in the hope they can prevent and treat damage caused by stress to the skin.

This article will explain how adaptogen creams might be helpful for skin health and protection and will discuss some of the supporting scientific evidence.

What Are Adaptogens In Skincare?

The toxicologist Lazarev coined the word adaptogen in the 1950s. He defined adaptogens as substances that “enhance the state of non-specific resistance.”

In his definition, Lazarev describes how certain plants and fungi can help counteract and “resist” some of the damaging effects of stress. 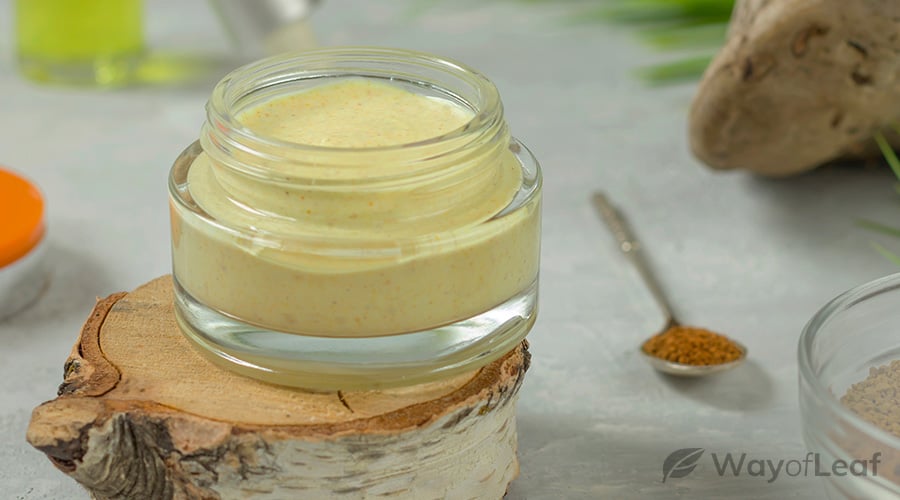 Although the word adaptogen is relatively new, people have been using naturally occurring substances for health benefits for thousands of years as part of Chinese and Ayurvedic medicine practice.

Examples of commonly-used adaptogens include:

The skin is the largest organ in the body that acts as a protective barrier between our internal organs and the outside world. Because the skin is the body’s outermost layer, it’s the most exposed to stress from the environment, such as weather and pollutants.

Through topical delivery (meaning applied directly to the skin’s surface), adaptogens may calm some of the effects of stress on the skin and help improve overall skin health.

Because it’s difficult for molecules to pass into deeper layers of the skin, adaptogens are included in products like serums, facial oils, and deep moisture creams so they can be better absorbed.

What Does An Adaptogen Cream Do?

One of the leading causes of skin damage is UV radiation exposure from the sun.

In the DNA of skin cells, UV rays can cause oxygen molecules to increase in energy and become what is known as a reactive oxygen species (ROS). Because ROS are highly reactive, they cause lots of harmful chemical reactions in cells. The damage caused by ROS is known as oxidative stress.

In the skin, oxidative stress can damage elastic fibers, which can lead to wrinkles. Even worse, it can cause the DNA in skin cells to mutate, leading to skin cancer.

Adaptogens act as antioxidants and may help protect against and undo some of the harmful effects of UV on the skin.

As well as environmental stress, the skin can also be damaged by emotional and psychological stress.

Scientists have demonstrated adaptogens can help regulate the immune system, meaning they may help prevent or treat certain skin conditions.

Improves blood circulation in the skin

Blood circulation in the skin plays an essential role in maintaining the body’s temperature. Ensuring a healthy blood flow to the skin cells also supplies the nutrients and oxygen needed to produce collagen; an essential molecule for maintaining skin structure and elasticity.

Specific adaptogens, most notably the herb Gingko Biloba, have been highlighted as useful in helping improve blood circulation and could help improve circulation in the skin when applied topically.

We’ve outlined the evidence supporting the health benefit claims behind some of the most popular adaptogens for your skin.

Withania somnifera, commonly known as ashwagandha, is an adaptogenic shrub that grows in India. Ashwagandha has been used in Ayurveda – a historic Indian medical practice – for thousands of years. Because of its calming effects, ashwagandha is commonly used to help with anxiety.

One group of scientists investigated the effect of topical ashwagandha on psoriasis – a skin condition linked to stress and inflammation. 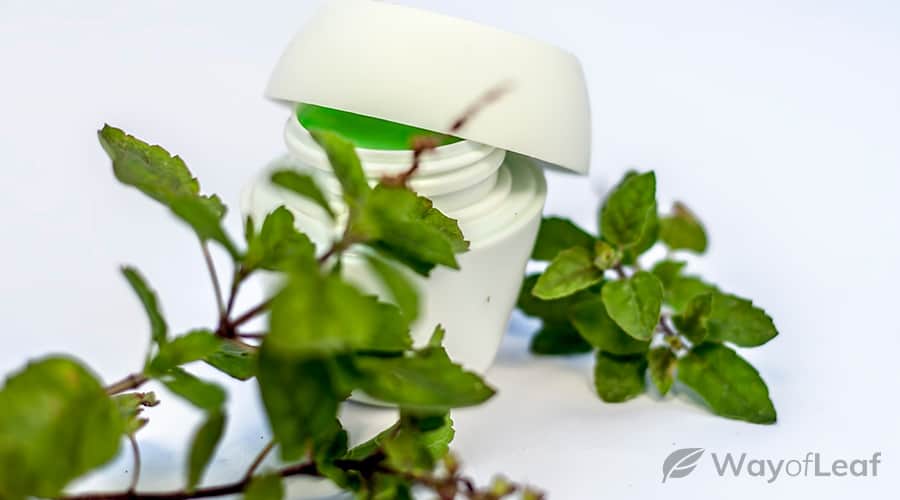 In the experiment, mice were given a chemical agent called TPA that caused them to develop psoriasis-like symptoms. Ashwagandha, in a topical oil, was then applied for ten days.

Following the ten-day treatment, mice had reduced psoriasis-like rashes and reduced edema (swelling under the skin, which is a common symptom of psoriasis).

The scientists also applied TPA to isolated human cells, which caused an increase in cytokines – chemicals produced by the immune system. Cytokines can be harmful in large amounts. Giving the cells ashwagandha both decreased production of cytokines, as well as molecules related to oxidative stress.

Rhodiola rosea, also known as rhodiola, is an adaptogenic herb that grows naturally in cold, mountainous regions of Europe and Asia. Because of its stimulating effect, it is popularly used to help combat fatigue.

Because melanocyte overproduction can cause tumors, rhodiola may help treat skin pigment disorders and protect against skin cancer.

Althaea officinalis, also known as Marshmallow Root, is an adaptogenic herb native to Western Asia, North Africa, and Europe. Marshmallow Root has a long history of use in folk medicine, dating as far back as the Ancient Greeks, where its leaves and roots have been used to help treat pain and swelling.

One experiment treated collagen-producing skin cells called fibroblasts with marshmallow root following UV exposure. The researchers were able to show that marshmallow root significantly decreased the amount of damage to DNA caused by UV – highlighting how marshmallow root could be effective in preventing skin cancer.

Ganoderma lucidum, commonly known as reishi, is a fungus that grows in Asia. Reishi has been used in traditional Chinese medicine for thousands of years to help promote health and longevity.

Scientists have shown that reishi helps combat oxidative stress by increasing the activity of antioxidant enzymes – protective enzymes inside cells.

In one case report, a man with cutaneous sarcoidosis, a skin condition characterized by red scaly patches and lumps, used a soap containing reishi and goat milk and found the patches disappeared after three days of use.

Although there is evidence to suggest adaptogen creams are helpful in skin health, the science is very limited, with most experiments only considering their effects on animals or isolated skin cells.

It’s also important to remember that skin health is heavily influenced by diet, smoking, and sun exposure. Therefore, the best advice for looking after your skin is maintaining a healthy lifestyle and wearing suncream.