Turmeric is an ancient root that has long been praised for its healing and medicinal properties. These days, turmeric is everywhere. The spice is a commonly used condiment in Indian cuisine, adding a unique flavor to curries. It has a warm and bitter taste and is often used to flavor or color curry powders, cheeses, mustards, and butter. But, turmeric root is also often used to make medicine.

We know that it’s good for you, but what about turmeric side effects?

Curcumin is the key active ingredient in turmeric and is responsible for most of the beneficial properties associated with the spice. So we know that it’s good for you, but what about the turmeric side effects?

Both turmeric and curcumin, the active ingredient, are generally considered to be safe and aren’t known to cause any serious side effects. However, some people could have a bad experience when it’s used in large doses. Below, we will take a closer look at the possible side effects of turmeric, as well as curcumin.

Turmeric and Curcumin Side Effects

Turmeric is widely available in spice form, as well as being a dietary supplement. To increase your intake without having to buy a supplement, you can try adding curry powder to your vegetable dishes, soups, and stir-fries. There’s also the option to consume turmeric in tea form. 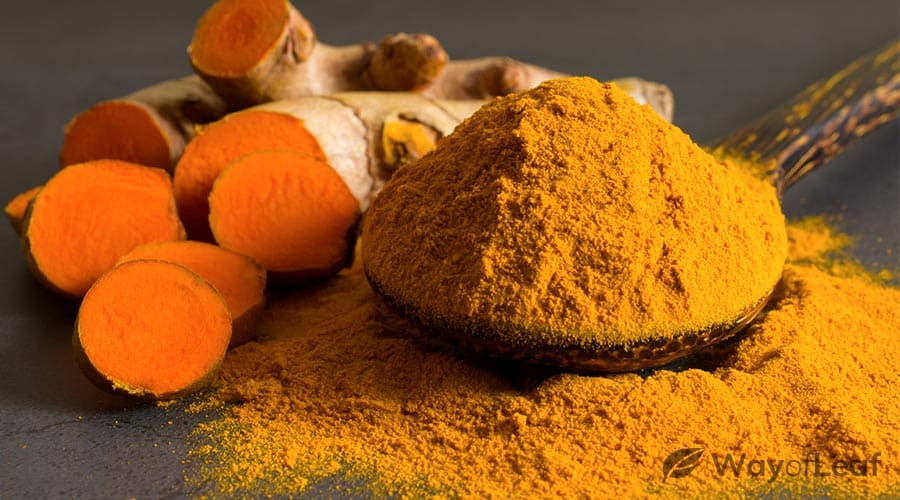 Whichever option you choose, it’s important to consider the turmeric and curcumin side effects to ensure you don’t have an adverse reaction.

Although we don’t know all the side effects, turmeric is believed to be safe for most people when used as instructed for up to eight months. The most common and not so serious side effects include;

Long-term use may cause more serious turmeric root side effects. Below is a list of the side effects that are a cause of concern.

Turmeric could slow blood clotting, which might increase the risk of bleeding and bruising in people with bleeding disorders.

Turmeric could worsen gallbladder problems. If you have gallstones or a bile duct obstruction, you should stay far away from turmeric.

Turmeric is known to cause an upset stomach in some people, and it could make stomach problems, like GERD, worse.

Consuming high amounts of turmeric might block the absorption of iron, and it should, therefore, be used with caution in people with iron deficiency.

There is a bit of concern that turmeric can damage the liver, especially in people with liver disease.

Turmeric could lower testosterone levels and decrease sperm movement when taken orally by men. This might reduce fertility.

In addition, there’s always the risk of consuming a poor-quality turmeric supplement. Not all commercial turmeric powders are pure. Some may be adulterated with cheaper and potentially toxic ingredients that aren’t listed on the label.

As reported in one 2015 study, commercial turmeric powders may contain fillers such as barley or cassava starch, rye flour, or wheat.

Essentially, it may not be the turmeric itself that you have to worry about. It could be other cheap ingredients and fillers that are used in the turmeric powder that result in adverse side effects.

Curcumin is considered to be safe, and there have been no adverse side effects recorded when it’s used in low doses.

A 1992 study done on ten adults reported that consuming 490mg of curcumin every day for a week resulted in no side effects. That said, a small number of people may experience a few minor side effects of curcumin when used in higher doses. These may include:

If you consume too much curcumin, headaches and nausea are a possibility.

As reported in a 2006 study, some individuals may get a skin rash after taking a dose of 8,000mg of curcumin or more.

It’s also important to note that curcumin may suppress iron absorption. Therefore, it’s not recommended for pregnant or breastfeeding women, as well as anyone who has iron deficiencies.

Although there is the risk of an adverse reaction when using curcumin, it all comes down to dosage. Currently, there’s no evidence to suggest that lower amounts cause serious side effects in humans when used over short periods.

Turmeric can interact with certain medications, which means that you need to be extra cautious if you’re on anything else. Below is a list of possible interactions: 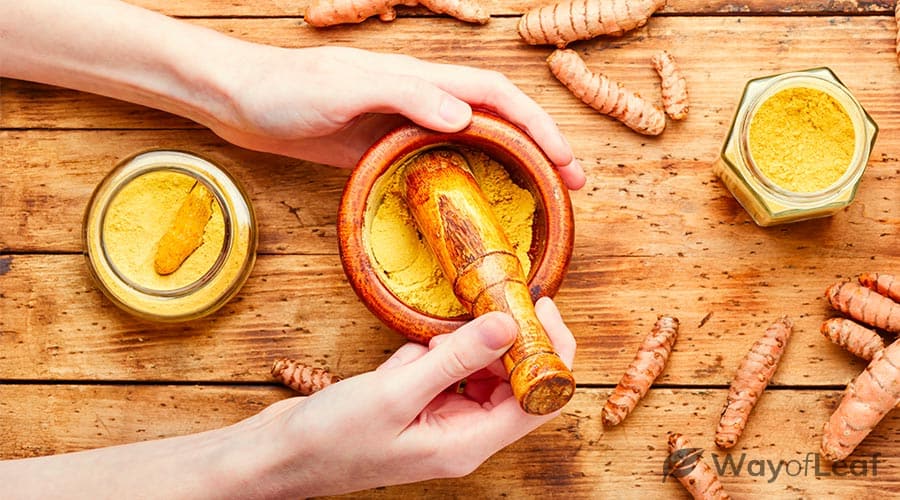 Those who are on blood-thinning medication, like clopidogrel (Plavix), aspirin, and warfarin (Coumadin), are typically advised against using turmeric. This is because it could enhance the blood-thinning effects of the drug, perhaps to dangerous levels.

Turmeric may enhance the effects of medication used to manage type 2 diabetes, which subsequently means it can increase the chance of hypoglycemia (low blood sugar).

Turmeric could increase the production of stomach acid when used with antacids like famotidine (Pepcid), ranitidine (Zantac), and omeprazole (Prilosec).

This is a medication sometimes prescribed to people who suffer from rheumatoid arthritis. Turmeric could increase the drug’s side effects.

Because of the turmeric side effects and interactions that we’ve mentioned above, it’s advisable not to take turmeric without medical advice if you currently take any other medication.

There is no denying that turmeric has some incredible health benefits and makes for a great addition to many people’s health regimes. But, because of some of the side effects, it may not be worth taking for everyone. The most typical negative effects of turmeric range from headaches and nausea to an upset stomach – none of which are thought to be dangerous.

There is no denying that turmeric has some incredible health benefits.

However, when used in high doses or on a long-term basis, more serious effects are a possibility, such as diabetes complications, liver disease, and gallbladder problems. There is also the issue of possible drug interactions. Ultimately, it all comes down to how much you consume and what medications you are on. But for the most part, most people have nothing to worry about when it comes to using turmeric.

What to look for when buying…