Shilajit is a tar-like substance that exudes from rocks, primarily in the Himalayas.

It is an important remedy in ancient Indian healing systems, such as Ayurveda. Its purported benefits include regulating the immune system, reducing inflammation, increasing testosterone levels, and more.

This article will explore the current research to see how much truth there is behind these claims.

Shilajit, also known as mineral pitch, forms when organic matter condenses within rocks due to intense heat and pressure. It is primarily composed of plant material that microorganisms have broken down over many years. 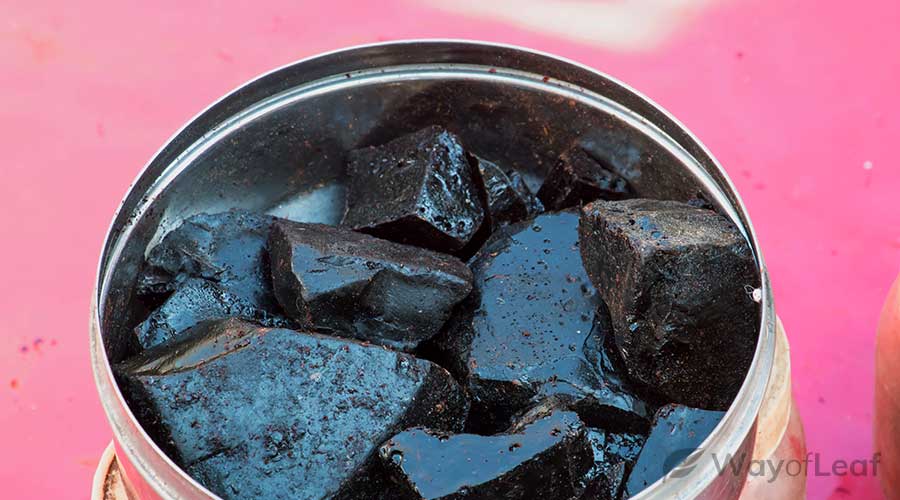 In the summer, high temperatures cause shilajit to become runny and ooze from the rocks. It is a brown, sticky paste that is rich in minerals and other bioactive compounds.

Its key constituents include fulvic acid, humic acid, and chemicals called dihydroxybenzo-alpha pyrones. They give it a broad range of therapeutic applications, and it is one of the most fundamental substances in Ayurvedic medicine.

Ayurveda considers shilajit a Rasayana (rejuvenator) with a variety of benefits. Its traditional uses include treating disorders of the:

Shilajit’s primary source is the Himalayas, although mountain ranges in Russia, Norway, and Chile also produce it. However, shilajit from these regions will have a slightly different chemical composition from Himalayan shilajit.

Furthermore, there are four different types of shilajit, each of which has a distinct mineral profile:

Lauha shilajit is the most common and is also said to be the most bioactive type.

The word shilajit comes from Sanskrit and translates as “conqueror of mountains and destroyer of weakness.” One of its most traditional uses is combating the challenges associated with high altitude environments.

However, Ayurveda views shilajit as a panacea, effective for various ailments. According to a 2010 review, the benefits of shilajit include:

Unfortunately, there is currently little evidence to support most of these claims. However, there are a few areas where shilajit is showing some promise.

Some people believe shilajit could be an alternative to raw testosterone as it may improve male reproductive health.

A 2015 study supports this idea. It investigated the effects of shilajit on 75 healthy males aged 45–55. They took 250mg of the supplement twice daily for 90 days. At the end of the study, they displayed significant increases in total testosterone, free testosterone, and dehydroepiandrosterone (DHEAS).

It is unclear how shilajit impacts sperm count in healthy individuals.

Moreover, an earlier study from 2010 found that 100mg of shilajit twice daily improved not only testosterone levels but also sperm count and quality. However, it is essential to note that these participants were affected by fertility issues. It is unclear how shilajit impacts sperm count in healthy individuals.

Heart disease is a common problem that often occurs due to chronic inflammation and high cholesterol. Shilajit appears to have antioxidant and anti-inflammatory properties, meaning it could potentially benefit the heart.

A 2014 study investigated shilajit’s cardioprotective effects in rats. The researchers pre-treated rats with 250mg/kg or 500mg/kg of shilajit for one week before chemically damaging the heart muscle. They found that shilajit reduced the severity of cardiac injury in the pre-treated animals.

Another potential benefit of shilajit for heart health relates to its ability to reduce cholesterol. A 2012 study tested the substance’s effects on lipid profiles in rats. It compared it to the popular anti-cholesterol drug, simvastatin.

Further research is necessary to find out how these results translate to humans.

One of shilajit’s most traditional uses is as an anti-aging treatment. The antioxidant effects of fulvic acid likely play a large part in this as oxidative stress tends to accelerate the aging process.

A 2019 study investigated shilajit supplementation for skin health in 45 women aged 30–65. The participants took 125mg or 250mg daily for a total of 14 weeks. The results indicated that the higher, but not lower, dose improved skin microcirculation, which tends to decrease with age.

One of shilajit’s most traditional uses is as an anti-aging treatment.

Although these preliminary findings suggest shilajit could play a role in slowing down skin aging, more research is required.

There is also interest in shilajit as a potential treatment for age-related cognitive decline, including Alzheimer’s disease. However, far more research is required to confirm its usefulness in this field.

In addition to the above, a 2019 study investigated shilajit’s effects on muscle fatigue following exercise. It included 63 recreationally active men, who took 250mg or 500mg of shilajit, or placebo for eight weeks. At the end of the trial, they performed high-intensity exercises to induce fatigue.

The results showed that those who took the shilajit retained greater maximum muscle strength and displayed increased fatigue resistance. The researchers hypothesized that this effect could be due to enhanced function in mitochondria, the energy-producing component of cells.

This study, like much of the existing research, focused on shilajit benefits for men. There is less evidence surrounding shilajit’s benefits for female consumers. However, the aging study above did not report any adverse reactions, suggesting it is safe for most women to try.

There are several different shilajit supplement options, including: 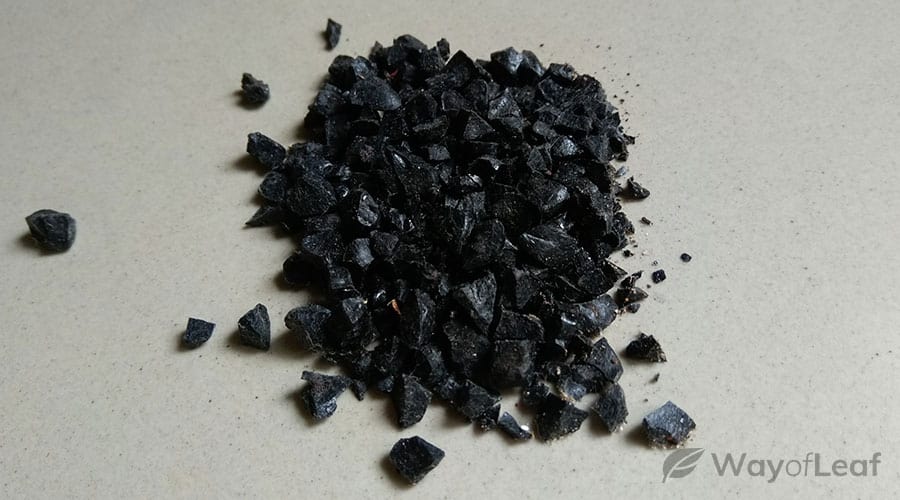 However, consumers should be aware that unprocessed shilajit products may contain contaminants, such as mycotoxins (from fungi) and heavy metals. In fact, there have been some incidences of lead poisoning following shilajit use.

Therefore, it is crucial to choose a reputable brand that provides laboratory reports for its products. This documentation will confirm each item’s purity and its concentration of fulvic acid and other beneficial compounds.

There is sparse information on the side effects of shilajit, and it is generally regarded as safe.

However, some groups of people should possibly avoid using it. For instance, since it contains relatively large amounts of iron, it could adversely affect people with certain blood disorders.

Shilajit may also affect allergies. Anyone experiencing negative effects after consuming it should discontinue use immediately and contact their healthcare provider if necessary.

Shilajit is a prized medicine in Ayurveda, and modern research suggests it has a variety of benefits. Most of them stem from its fulvic acid content, as this compound has potent antioxidant and anti-inflammatory effects.

Some possible shilajit benefits include increasing testosterone levels, protecting the heart, and slowing down skin aging. However, as research is in its infancy, there is still much to learn about this fascinating substance.

As with all supplements, it is advisable to seek medical advice before taking shilajit for the first time.