Humans have been using mushrooms for their nutritional and therapeutic effects for millennia. Initially, their use was prevalent throughout Eastern Russia, China, Korea, and Japan. However, more people in the West are now becoming aware of their benefits.

Experts believe that as many as 700 different fungal species have medicinal properties. Among the best-studied of these is their ability to enhance immune function.

This article takes a close look at mushrooms for immunity, how they work, and the best types available. Read on for our complete guide.

To understand mushroom immune support, first, it is necessary to have a basic grasp of how immunity works.

The immune system is extraordinarily complex and involves many different cell types with various functions. However, it is possible to divide it into two primary categories; innate immunity and adaptive immunity.

Innate immunity is the portion of the immune system that is with us from birth. It allows our bodies to identify foreign particles (antigens), such as bacteria, viruses, and fungi, consequentially activating our natural defenses.

This includes the release of chemicals called pro-inflammatory cytokines. These are proteins that serve as signals, indicating a potential threat, thereby triggering an inflammatory response. 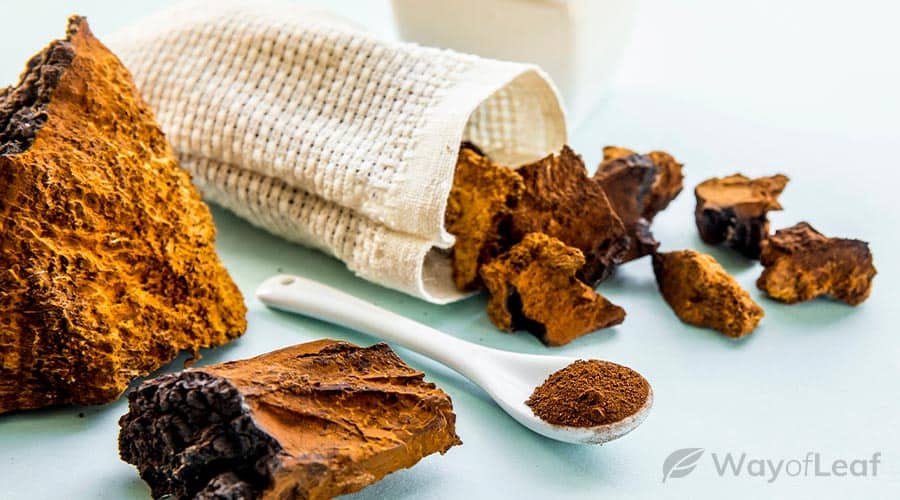 Most people are familiar with the effects of inflammation. Inflammation is the body’s process of fighting against things that harm it, which is why injured areas sometimes become hot, red, or swollen. It results from increased blood flow that transports immune cells, including white blood cells, to infected areas to neutralize the threat.

If the foreign invader slips past the body’s initial defense or the body needs a more sophisticated attack, the adaptive immunity takes shape.

Our adaptive immunity utilizes T-cells and B-cells, serving as a line of defense that uses past behaviors and interactions to learn and recognize specific foreign invaders and attack them when they reappear.

This process illustrates how vaccines work – using a small, harmless amount of protein from a disease that allows the adaptive immune system to recognize that protein if the individual comes in contact with the specified virus.

So, how do mushrooms fit into the picture?

Most medicinal fungi are rich in compounds called polysaccharides. These are large molecules composed of several carbohydrates bound together.

Polysaccharides make up approximately 80% of mushroom cell walls. Around half of these polysaccharides are beta-glucans, which may enhance both innate and adaptive immunity.

Certain mushrooms can help reduce the inflammatory response caused by cytokines and allow T cells and B cells to work more effectively. They serve as a type of immune modulator, illustrating how they can adjust their response based on the body’s needs.

Additionally, some mushrooms have antiviral, antibacterial, or anti-fungal properties, offering an extra layer of immune support. Scientific data has shown that mushrooms can inhibit the enzymes viruses use for replication.

Some mushrooms have antiviral, antibacterial, or anti-fungal properties.

Not only does the immune system play a crucial role in protecting against infections, but it also serves as a key defense against cancerous cells.

The immune-boosting benefits of mushrooms highlight how mushrooms may play a role in fighting cancer. It appears that several species may help to enhance the efficacy of cancer treatments while simultaneously reducing side effects.

For example, one of the active compounds in turkey tail mushrooms may be useful as an adjunct therapy with chemotherapy and radiation therapy. It has been used for this purpose for over 30 years in Japan.

Now, let’s explore the potential benefits of the most common types of medicinal mushrooms.

There are many options when it comes to mushrooms and immune system health. Below are some of the most researched examples, including: 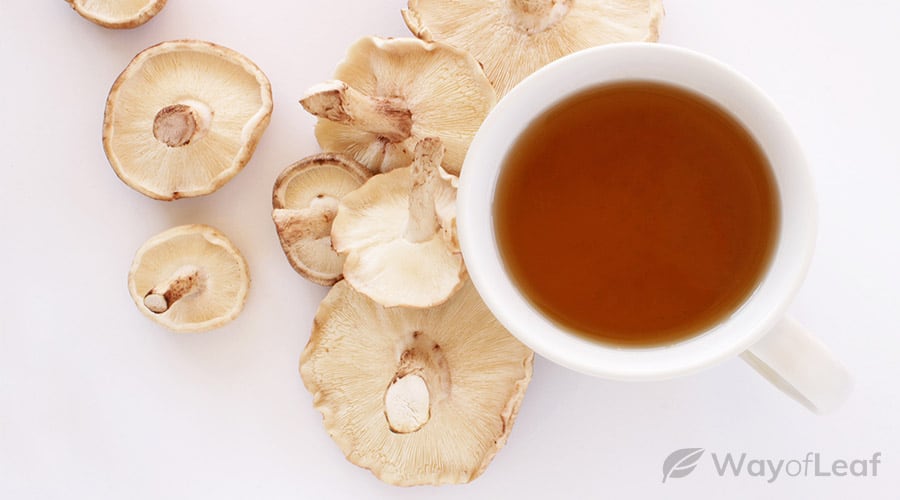 Many of these mushrooms’ immune-boosting properties are due to their high beta-glucan contents. However, each species contains a variety of unique substances and, therefore, has particular strengths.

Chaga is a parasitic fungus that grows on hardwood trees across Russia, Eastern Europe, North America, and Japan. It is sometimes known as clinker polypore as it resembles a lump of burnt coal (a clinker).

Its traditional uses include promoting health and longevity, with people from Siberia and other parts of Asia incorporating it into their diet for centuries because of its medicinal properties.

Reishi is one of the most renowned medicinal mushrooms. Classical Chinese medicine suggests that it promotes longevity and enhances vital energy.

Native to East Asia, this mushroom grows on decaying wood and has a hard, wood-like texture with a shiny surface. It is rare in the wild, adding to its mystique and overall appeal.

There is little human research into reishi and the immune system. However, a small number of studies on cancer patients suggest it may be beneficial. It appears to enhance cellular immunity in the majority of patients. It may also have antibacterial and antiviral effects.

Turkey tails grow in a variety of climates on dead and dying trees. They get their name from their concentric brown and gray rings that resemble a turkey’s tail. Turkey tail immune support is one of the best-researched areas in the medicinal mushroom field.

They contain two unique compounds, polysaccharopeptide (PSP) and polypeptide krestin (PSK), that are used alongside anticancer medicines in China and Japan. They may help repair cell damage following chemotherapy, protect against radiation side effects, and strengthen immunity.

Research suggests that turkey tails have a range of benefits for cancer patients, including:

Shiitake may be best known as a culinary mushroom that is popular in East Asian cuisine. They have attractive, dark brown caps and an earthy flavor that many people enjoy. However, they may also help to enhance immunity.

A 2015 study of 52 healthy adults investigated shiitake mushrooms’ immune system benefits. The participants consumed either 5g or 10g of mushrooms daily for four weeks. By the end of the study, they showed improved immune function, including enhanced gut immunity. Furthermore, they had lower levels of C-reactive protein, a marker of inflammation.

Maitake is another mushroom that is known as a delicacy. Its alternative name is Hen of the Woods, which describes its feather-like growing habits.

Besides beta-glucan, it is rich in amino acids, and vitamins B1, B2, C, and D.

Research suggests that maitake may boost immune defense more than shiitake when taken alone. However, it appears that the two work even more effectively in combination. There is also some evidence that maitake, shiitake, and reishi could have synergistic effects.

Related article
Maitake Recipes: Which Dishes Can You Make?

Cordyceps is another highly-prized mushroom in Chinese medicine. It grows in the mountainous regions of western China and Tibet and has some very unusual features. Its spores infect insect larvae and gradually take over their bodies as they grow. This has led to its Chinese name dongchongxiacao, or ‘winter worm, summer grass.’

Traditionally, cordyceps is famous as a remedy for fatigue, weakness, low libido, and cough. However, modern research into cordyceps’ immune system benefits is also promising.

This fungus contains cordycepin and appears to inhibit several different tumor types. It enhances innate and adaptive immunity and may also counter inflammation in autoimmune disorders. It may also possess antibacterial properties.

Medicinal mushrooms have become more prevalent in recent years. Research suggests they have a variety of benefits for human health, including enhancing innate and adaptive immunity. Furthermore, they appear to be safe with a low risk of side effects.

That said, not every type of mushroom will be suitable for everyone. Individuals living with specific medical conditions or taking prescribed or over-the-counter medicines should seek medical advice before use.

Could mushrooms benefit mental wellbeing as well as physical health? Find out in the article below: