Medically reviewed by Dr. Ted Valley
Written by Editorial Team
5 min read
8 comments
Read Later
This article may contain links to some of our affiliate partners. These are brands we trust and brands we feel represent the highest quality standards. When clicking links, we may earn commissions to help support our site. Learn more by reading our full disclaimer.

Marijuana smokers have long been associated with short-term memory loss. This is because cannabis kills brain cells, right?

Due to its neuroprotective effects, some research suggests that cannabis might help protect brain cells. And as for CBD specifically, the National Institute of Health lists neuroprotection as one of the compound’s active roles.

Cognitive Decline (CD), the scientific term for memory loss, is common among people over 50. We all forget an appointment or misplace our keys from time to time, but CD is different. Imagine doing something like misplacing your keys but doing it multiple times a day. Then imagine doing it in combination with severe behavioral and thought changes.

Explore the 5 Best Strains for…

The fear of developing a condition like CD (or dementia, Alzheimer’s disease, etc.) is real for many people. This is why learning more about CBD, including its effects on memory and neuroprotection, is imperative.

As you’ll soon see, scientific research is pointing towards CBD’s potential to help brain functioning. What kinds of effects might these properties have on short and long-term memory? Let’s take a closer look.

CBD for Memory Enhancement… Is It Practical?

Cannabidiol, aka CBD, is a natural non-intoxicating cannabinoid in cannabis. The plant produces hundreds of different compounds. However, not all are unique to cannabis. Some compounds exist in other species of plants, which is why cannabis can taste like fresh lemons or smell like pine trees. 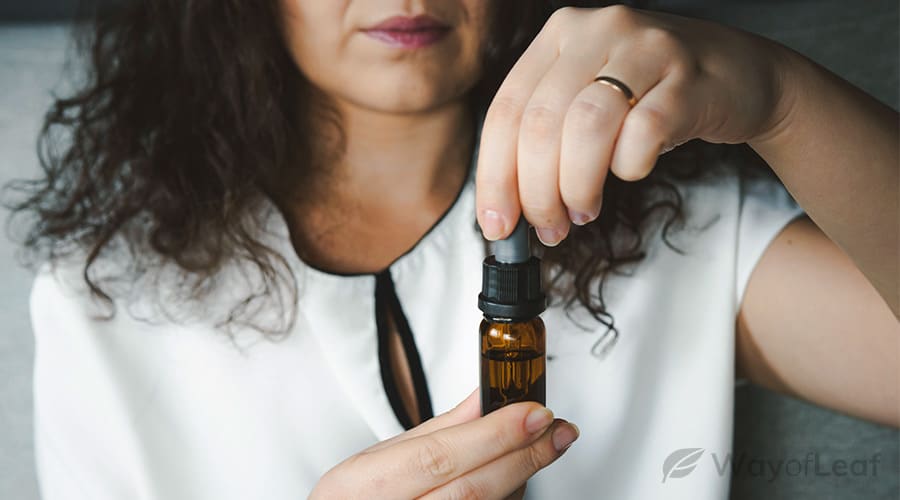 Of the roughly 400 compounds in cannabis, less than half are specific to marijuana and hemp (both varieties of cannabis). One of the best-known and fascinating of these compounds is CBD. The more we learn about CBD, the more it appears to have potent medicinal potential. Could CBD hold the key to a wide range of therapeutic effects – including memory loss? It might, but further research is needed.

CBD is a unique compound found in cannabis that some people believe has health potential.

Perhaps one of the most important qualities of CBD is that it’s non-intoxicating. This means it doesn’t get users “high.” Unlike THC, the compound that produces a euphoric high, CBD is inert in mind-altering effects. This means users won’t experience the sensation of being stoned when CBD is taken on its own.

Marijuana use can result in short-term memory impairment. However, some suggest that this is due to THC content rather than CBD.

Some studies suggest that chronic low doses of THC can help to improve cognitive function – at least in mice. Regarding CBD oil for memory loss, there is not enough data on the subject to say whether or not it has any real effect.

We know that since CBD affects cannabinoid receptors differently than THC, it produces different responses in the central nervous system (CNS). We also know that CBD provides neuroprotective activity, which may benefit patients with degenerative memory disorders like Alzheimer’s and dementia.

Furthermore, according to a study in Frontiers in Pharmacology, CBD may promote neurogenesis – the growth and development of neurons. Neurogenesis reduces the deterioration of cognitive functions. In this specific study, mice were injected with an induced Alzheimer’s condition before receiving CBD treatment. The CBD was effective in reversing the cognitive deficits of the mice.

A separate study shows that eight months of CBD treatment may prevent the development of social recognition memory deficits. Again, however, this study was done on mice under controlled laboratory settings.

What Else Does Current Research Show?

Another study from the American Journal of Psychiatry suggests that “CBD has beneficial effects in patients with schizophrenia.” Researchers claim that, since the compound’s activity is independent of dopamine receptor antagonism, it may “represent a new class of treatment” for schizophrenia.

So, what does this all mean? Unfortunately, not much in terms of practical application. Most of these studies were performed on animal models in controlled settings. Clinical evidence on CBD for memory loss is still largely lacking. Until more data is collected, we cannot definitively say that CBD oil will improve memory directly.

That said, research on the use of CBD for neurodegenerative conditions (i.e., Alzheimer’s disease, in which memory loss is a key symptom) is incredibly promising.

In addition to the publications above, this study suggests that CBD can aid in addiction recovery via effects on memory. 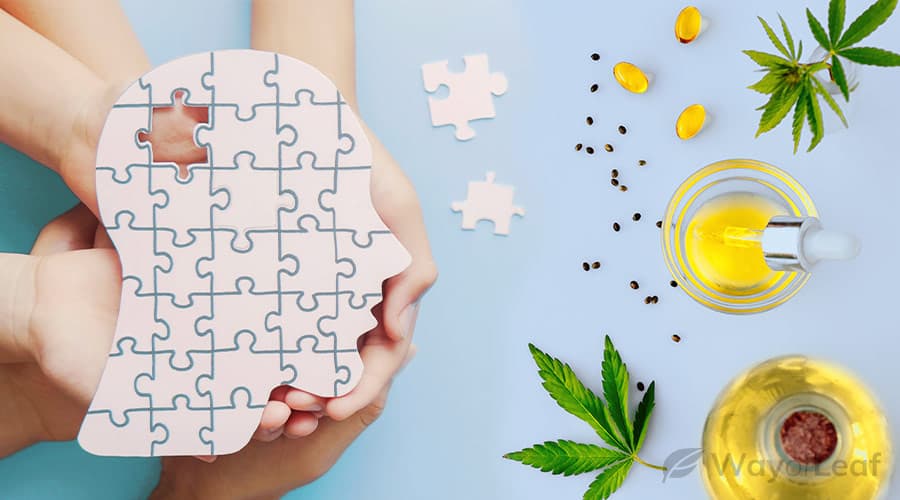 The study suggests the “disruptive effect of CBD on reconsolidation of contextual drug-related memories.” It also outlines CBD’s potential to “attenuate contextual memories” from drug abuse and reduce the risk of relapse. In other words, it points out that CBD can help with addiction by altering memories (‘cues’) associated with substance use.

What Exactly Is Addiction/Substance Abuse?

There are many terms used to describe drug addiction (dependence, misuse, abuse, etc.). Regardless of the exact definition, addiction recovery depends largely on memory.

Addicts associate drug use with specific experiences. The memory stores that experience, and when the user finds themselves in certain situations, the memory galvanizes a need for drug use. According to the above study, consumption of CBD might help to minimize this drug/memory relationship.

Will Research Provide an Answer?

Similar results appear in a 2017 publication in the Journal of Addiction Biology. In the study, scientists show how CBD may interfere with the reconsolidation process by reducing future cravings.

Cue exposure was used to associate the availability of a rewarding drug (morphine) in mice. It was observed that the administration of CBD disrupted the cue. Ideally, this would translate in humans to the cravings that addicts experience during cue exposure.

Some research shows that CBD promotes neurogenesis, which may reduce cognitive deterioration.

Simply put, this research suggests that the effects of CBD on memory may help in unlearning the habits of addiction. These habits lead to cravings and relapse long after withdrawal subsides. Some also suggest that since CBD interferes with memory, it could aid addicts by disassociating experiences with drug use.

What we can say is that cannabis is likely not the memory-impairing drug that many think it is. Hundreds of different cannabinoids comprise marijuana. While some of these compounds have certain effects (i.e., memory loss) at certain high doses, others may have the opposite effect in lower doses.