Eurycoma longifolia, also known as Tongkat Ali, is a popular herbal remedy throughout Southeast Asia. It is now becoming increasingly well-known around the rest of the world.

The plant has a range of purported health benefits, particularly for men. We take a look at the current research and explain why someone might consider taking this supplement.

Eurycoma longifolia is a tall, shrubby tree. It is native to Southeast Asia, especially Malaysia, Indonesia, and Vietnam. It also grows in parts of Thailand, Cambodia, and Laos. Each of these regions has a different name for the plant. However, in the United States, it is most commonly known as Tongkat Ali, or occasionally Long Jack.

It is possible to use many parts of the plant for medicine, but the roots are the most popular. They are rich in bioactive compounds, with most of the benefits being attributed to chemicals called quassinoids. 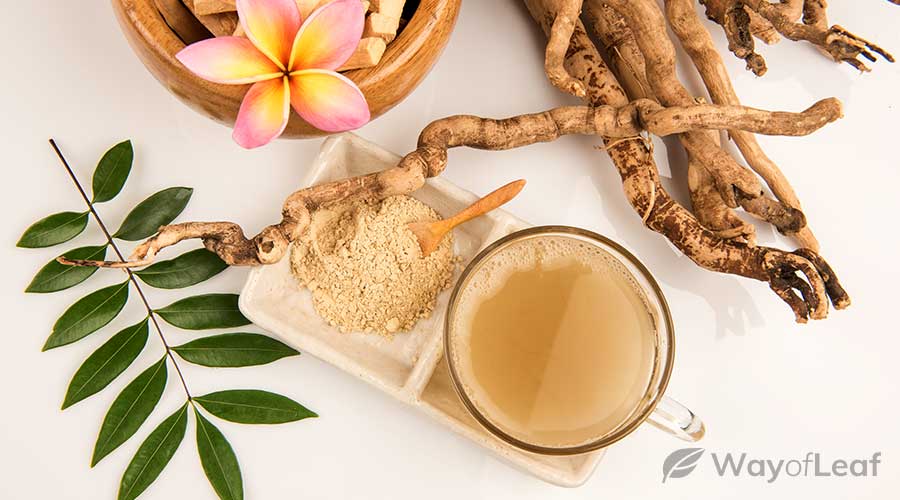 People traditionally use Tongkat Ali as an aphrodisiac, antimicrobial, antimalarial, antidiabetic, and for reducing fever. It has many other purported benefits, although some of the plant’s applications have more evidence to support them than others.

Here are some of the best-studied benefits of Tongkat Ali:

Eurycoma longifolia is probably most famous as an aphrodisiac and sexual tonic, especially for men. However, research has shown that Tongkat Ali acts as a testosterone booster in both men and women.

The results showed that it increased total and free testosterone in both sexes. It also increased muscular strength, and the researchers suggested that this could give it ergogenic (energy-enhancing) properties.

Scientists have also replicated these effects in humans. In a 2010 study, the male partner of 350 sub-fertile couples took 200mg of Tongkat Ali extract daily. The researchers analyzed their semen every three months for nine months in total.

Only 75 of the participants completed an entire three-month cycle. However, those who finished the course showed improvements in all semen parameters, resulting in 11 (14.7%) spontaneous pregnancies.

By the end of the study, those who took the active treatment experienced improvements in several outcome measures. They included physical functioning, erectile function, libido, and semen analysis. Participants who were overweight also showed significant reductions in fat mass.

A 2014 study investigated the effects of Tongkat Ali in combination with another herb, Polygonum minus. The subjects were healthy and aged 40–65. They took either the herbal extract (containing 300mg of Tongkat Ali) or a placebo for 12 weeks.

At the end of the study, those who took the herbs reported more sexual intercourse attempts than the placebo group. They also experienced greater improvements in the Erection Hardness Scale, Sexual Health Inventory of Men, and Aging Male Symptom Scale. However, it is important to note that these men were healthy and not living with ED.

Other Health Benefits of Tongkat Ali

Another traditional Tongkat Ali use is reducing stress, and many people class it as an adaptogen. Adaptogenic herbs help the body to maintain a state of balance in a range of demanding conditions.

A 2013 study investigated the plant’s effects in 64 men and women with “moderate stress levels.” They took 200mg of Tongkat Ali or a placebo for four weeks. The results indicated that those who took the active extract had improved stress hormone profiles compared to placebo. They also reported improvements in various aspects of mood, including tension, anger, and confusion.

Adaptogenic herbs help the body to maintain a state of balance in a range of demanding conditions.

Other research has shown that Tongkat Ali has antibacterial properties against various types of bacteria. It also appears to reduce plasma uric acid, a major risk factor for gout.

However, this research involved isolated cell lines and mice, respectively. Therefore, it is unclear whether these Eurycoma longifolia benefits translate to humans.

Most experts consider Tongkat Ali safe, and none of the above studies reported any severe Eurycoma longifolia side effects. Further research has shown that taking it daily for six weeks does not affect liver or kidney function.

However, it is still necessary to exercise caution when taking Tongkat Ali supplements. It could potentially interact with some medicines, including diabetes drugs and beta-blockers.

Finally, there is a risk that some extracts could contain contaminants such as heavy metals.

Furthermore, unscrupulous companies have been known to use fillers such as rice or wheat flour to bulk up their powders. Another worrying issue is reports of manufacturers adding erectile dysfunction drugs like sildenafil (Viagra) to their products.

Therefore, consumers should conduct thorough research before making a purchase. Look for reliable brands that publish lab reports confirming the purity of their products. Independent online reviews are another good indicator of quality.

There are various types of Tongkat Ali supplements. The most traditional consumption method is boiling the root in water to make tea. However, the plant’s quassinoid content makes the drink extremely bitter.

While it is possible to sweeten Tongkat Ali tea with sugar, honey, or dates, many people prefer to use powder or capsules. These methods make the herb more palatable and also make dosing more reliable. 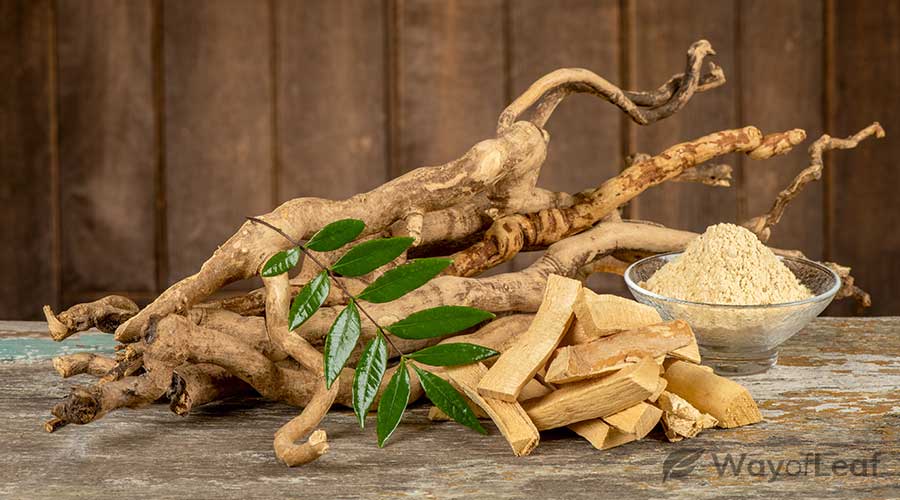 That said, there is no standard Tongkat Ali recommended dosage. Most of the studies listed above used doses of 200–400mg daily. However, it is best to follow the manufacturer’s instructions, or better still, seek advice from a qualified professional.

To date, most of the research surrounding Tongkat Ali’s health benefits has focused on male reproductive function. However, it seems that it could potentially have many other uses too. The plant also has an excellent safety profile, although certain groups of people should not use it.

Anyone considering taking Tongkat Ali, or any other supplement, should seek advice from a knowledgeable physician or another healthcare provider.

Could cannabis be the ultimate natural aphrodisiac? Find out by following the link below:

Related article
Does Cannabis Improve Libido? [What Does the Research Say?]

Could it benefit your sex life…