Suma is one of many names for plants in the genus Pfaffia, native to Central and South America.

They have a range of potential benefits and have been used in folk medicine for hundreds of years. More recently, suma has become popular among athletes and bodybuilders as it reportedly aids muscle growth.

This article explores the current research to see whether these claims are warranted. Read on for all you need to know about suma and whether it is worth incorporating into your wellness routine.

What Is Suma Root?

The term suma can refer to several plants in the genus Pfaffia (also known as Hebanthe). The most common examples are P. paniculata and P. glomerata.

Suma is native to tropical regions of Central and South America, especially Brazil. It is a shrubby plant that prefers wet soil, sometimes growing partially or entirely underwater. Both the leaves and roots can be used medicinally, although the roots are most popular. 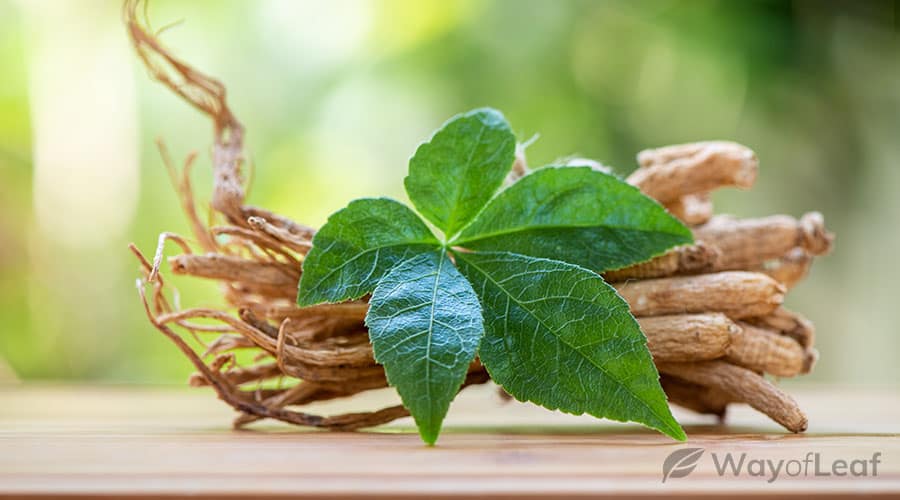 The plant is known locally as para tudo, meaning “for everything” in Portuguese. This name is a reference to the plant’s broad range of therapeutic properties. For the same reason, it is often called Brazilian ginseng.

However, the plants do share some common features. They are all considered tonic herbs with many benefits. They can also all be classified as adaptogens.

What Is Suma Root Used For?

Suma has been used in Brazilian folk medicine for over 300 years. It has many traditional uses, with a publication by the University of Texas at El Paso listing as many as 30. These uses are incredibly diverse, ranging from reducing stress to treating arthritis.

However, not all of these uses have as much evidence to support them as others, and clinical trials are lacking. That said, early research suggests that the plant has several potential benefits.

It appears to regulate the endocrine, nervous, musculoskeletal, and digestive systems without inhibitory or stimulating effects. Therefore, it may be helpful as a general tonic or adaptogenic herb.

In the United States, one of the most common reasons for using suma root is as an athletic supplement. It reportedly helps to increase muscle mass and strength, reduce fatigue, and aid recovery.

Indeed, there may be some truth to these claims. A 2015 study on rats demonstrated that one of the plant’s active compounds, beta-ecdysone, induced muscle growth.

Interestingly, the compound’s effects were comparable to, or greater than, other muscle-growth agents, including anabolic steroids, selective androgen receptor modulators (SARMs), and insulin-like growth factor 1 (IGF-1).

However, further research is necessary to confirm whether it affects humans similarly.

In addition to beta-ecdysone, suma contains several other potent bioactive chemicals, including:

Stigmasterol and sitosterol are of particular interest as they potentially alter hormone production and cholesterol levels.

The plant is also rich in amino acids, vitamins, and trace minerals, giving it an impressive nutritional profile.

For example, a 2003 publication suggests that P. paniculata may act as an anti-inflammatory and sexual stimulant. Meanwhile, P. glomerata could serve as a central nervous system depressant. According to a 2018 study, another species, P. townsendii, has antioxidant and anti-inflammatory properties.

Therefore, the specific benefits of suma root may depend upon the variety, and consumers should choose carefully. Reputable brands should clearly state the source of their product, including which species it contains.

There are a few possible suma side effects to consider.

According to a 2016 study, it has potentially cytogenotoxic effects in plants and animals. This means that it could disrupt the cell cycle or reduce genetic material stability at high doses.

Excessive or long-term use could also lead to a condition known as “ginseng abuse syndrome.” The symptoms include:

Furthermore, due to its estrogenic effects, people with estrogen-sensitive conditions should not use suma. This includes people with or at risk of estrogen receptor-positive breast cancers.

Its safety during pregnancy and breastfeeding has not yet been established.

Finally, ecdysone, one of suma’s primary active components, has been associated with kidney damage. Although it is still unclear whether this applies to humans, consumers should exercise caution.

There is no standard dosage for suma, and clinical trials are few and far between. The amount required will depend upon the reason for consuming suma root and individual physiology. General health, age, and body weight are all factors to consider. 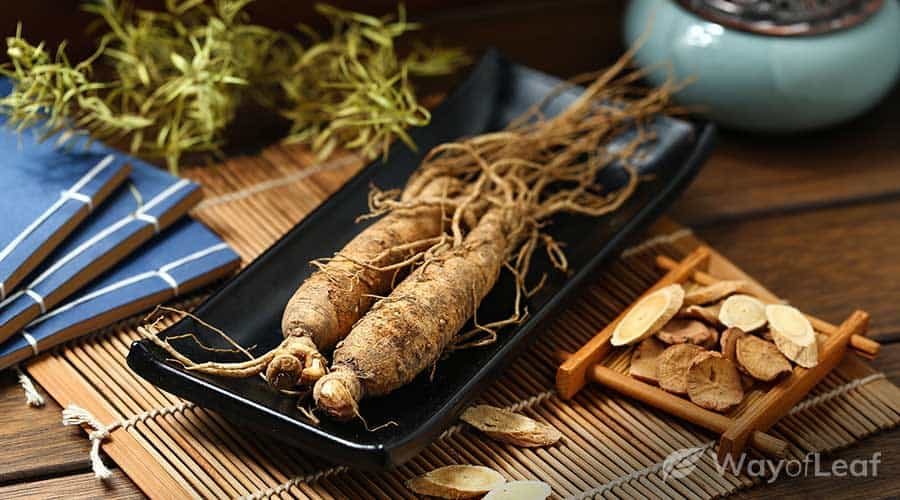 Supplements tend to come in the form of powders or capsules, with capsules typically containing 400–500mg. However, we recommend consulting a knowledgeable healthcare professional before consumption to determine a safe and effective dose.

However, there is little evidence to support its use in humans, and it has the potential to cause serious side effects. Therefore, it is best to seek professional guidance before taking suma for the first time.

Could CBD be the all-natural muscle booster you’ve been searching for? Find out in the article below:

Related article
CBD and Bodybuilding [Can It ACTUALLY Be Beneficial?]

What are the benefits?…