Plant-based superfoods are the optimal source of nutrition and power. Packed full of vitamins, minerals, antioxidants, enzymes, and healthy fats, these types of foods offer many important nutritional benefits. One such highly nutritious superfood and a great source of vitamins and minerals is maca root.

Maca is a root vegetable that has been consumed since ancient times for its restorative properties.

Grown at high elevations in Peru, maca is a root vegetable that has been consumed since ancient times for its restorative properties. It’s also thought to alleviate hormone imbalances and increase libido. The way in which maca works is largely unknown, but anecdotal reports of maca’s benefits are widespread. It’s claimed to possess numerous health properties, such as helping memory and concentration, improving energy and stamina, boosting muscle mass and strength, and more.

Maca is a Peruvian plant that grows in the high plateaus of the Andes mountains. It is known scientifically as Lepidium meyenii and is derived from the root of a cruciferous vegetable, which means it’s related to cabbage, broccoli, and kale. People in the Andes have used the root as a food supplement as well as a traditional medicine for thousands of years.

The root of the maca plant – the edible part – looks similar to a cross between a radish and parsnip and can be various colors, such as yellow, black, or purple. It’s typically consumed as a ground powder but is also available as a liquid extract and in capsule form. 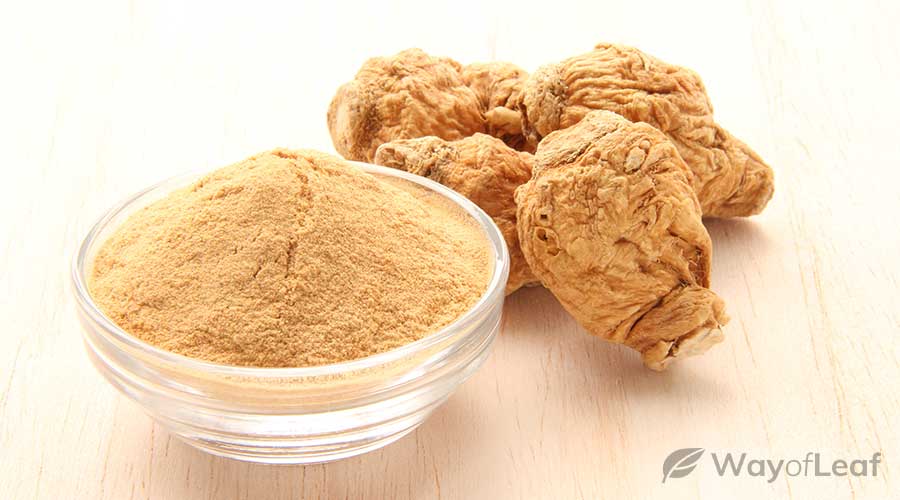 Maca is described as having an earthy and nutty taste, which some people dislike. Therefore, it often makes for a great addition to smoothies, shakes, and juice. Some people also enjoy using it as an ingredient in coffee, chocolate, or oils. In Peru, the whole maca root is sometimes added to oatmeal and soup, roasted and eaten as a vegetable, or made into an interesting fermented drink known as “maca chica.”

What Are the Benefits of Maca?

Maca has been hailed as a superfood because it is full of key nutrients, including minerals, vitamins, and fiber. From a nutritional perspective, it’s a good source of carbohydrates, as well as protein and fat. Maca contains more than 20 amino acids, which the body uses to help grow and repair muscle, meaning that the maca root benefits could be useful for people who work out regularly.

Below are a few additional benefits of maca for men and women.

Benefits of Maca Root for Men

Maca is very well-known for its potential to enhance libido. A 2002 study reported that men who used between 1.5 and 3 grams of maca daily experienced an increased sex drive compared to those who were given a placebo.

More recently, a 2010 review on the relationship between maca use and sexual activity also found evidence to suggest that maca could increase libido. However, the authors noted that more research was necessary.

Several studies have found that maca can help produce healthy sperm by supporting healthy sperm counts and healthier sperm overall. One of the studies included nine healthy men. After using maca for four months, researchers noted an increase in the count, volume, and motility of sperm.

Therefore, it’s been deduced that incorporating maca into one’s daily routine may be helpful for couples trying to get pregnant.

Maca is also touted as having incredible muscle-building properties because it is rich in bioactive proteins that promote natural muscle growth. Maca roots are made up of 18% proteins, making it a popular supplement choice among athletes and bodybuilders.

Related article
Protein Before or After Your Workout? | Explaining What’s Best

Along with muscle strength, it has also been claimed to boost energy and improve exercise performance. For example, one 2012 study done on rats found that maca increased the animal’s swimming endurance capacity.

Additionally, one small study done on eight male cyclists reported that the cyclists improved the time it took to complete a nearly 25-mile bike ride after two weeks of supplementing with maca extract.

However, there is currently no scientific evidence supporting claims that maca improves muscle mass or strength.

Benefits of Maca Root for Women

A small number of studies have suggested that maca could help ease hot flushes as well as other postmenopausal symptoms in women. However, the evidence is not robust. Nevertheless, here are a few of the potential maca root benefits for women.

It is widely believed that maca may help balance estrogen levels – the hormone responsible for regulating the female reproductive system. During menopause transition (the time leading up to menopause), estrogen levels are unstable and can cause all kinds of symptoms.

A 2015 study published in Climateric reported that maca may help improve depression in postmenopausal women. The women who participated in the study were administered either maca or a placebo for a period of six weeks. The study concluded that the women who took maca experienced a significant decrease in depression and diastolic blood pressure compared to those administered a placebo.

No differences were found in hormone levels (FSH, TSH, and SHBG, and estradiol), lipids, glucose, and serum cytokines.

Maca root is an adaptogen – a class of herb known to help the body adapt to stresses. Adaptogens support the body’s systems, particularly the endocrine, nervous, and immune systems, to help individuals manage stress. Therefore, as an adaptogen, maca may support the endocrine system, which is responsible for producing hormones that regulate metabolism, sleep, and mood.

A balanced endocrine system means minimal fluctuations in these hormones, so women who take maca may notice more stable moods and sleep patterns.

What Is the Ideal Maca Dosage?

The appropriate maca root dosage depends on several factors, such as the user’s age, health, and several other aspects. Currently, there is not enough scientific evidence to determine the optimal dose for maca. However, the maca root powder dosage generally used in studies ranges between 1.5 – 5 grams per day.

That said, maca is generally considered to be safe as a food or supplement if you don’t consume more than three grams a day for up to four months. But more tests are necessary to determine if and at what dosage it can cause harm to children, pregnant or nursing women, or people with kidney or liver disease.

Also important to note is that maca supplements can vary greatly in quality and their active ingredients. Therefore, with so many factors at play, there is no standard dosage.

What Are the Maca Supplement Options?

Traditionally, Peruvians dry maca naturally, boil it, and then drink the juice. As a supplement, though, maca is sold as a powder that can be added to foods or drinks. It also comes in capsule form.

Maca powder can be added to just about anything. It can be whipped into a smoothie, stirred into a pressed juice, or folded into Greek yogurt, oatmeal, baked treats, or pancake mix. It has a nutty flavor with hints of butterscotch. A simple way to include it into your diet is by adding one teaspoon of powder to the food ideas mentioned above. 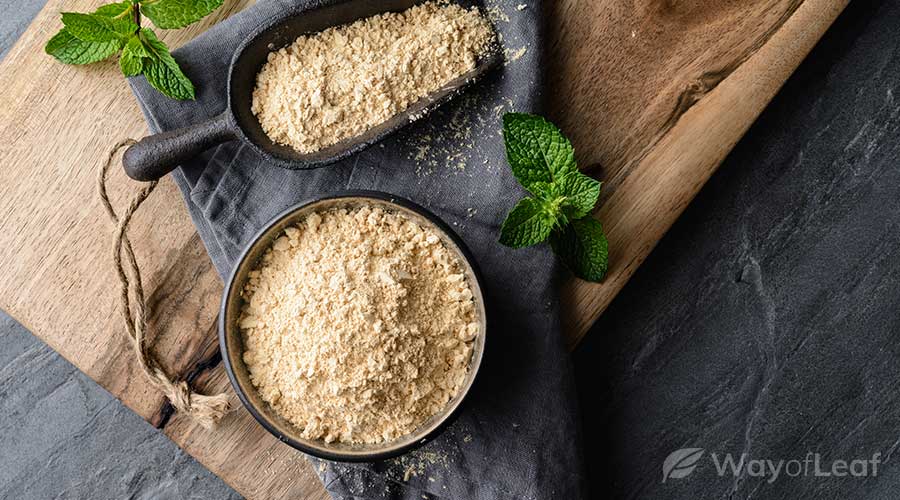 Alternatively, for those not keen on the idea of tasting maca, there are maca root pills. Capsules can be consumed in the same way you take any other daily health supplements and vitamins.

What Are the Side Effects of Maca?

Currently, maca is not linked to any health risks in most people, and there are unlikely to be maca root side effects when used in moderate doses.

However, due to the effects it has on hormones, people with thyroid problems may want to be cautious with maca. Maca contains goitrogens – compounds that may interfere with the normal functioning of the thyroid gland.

Anybody with a hormone-sensitive condition shouldn’t consume maca without talking to a doctor first.

Additionally, the effects maca has on hormone levels are not properly understood. For instance, some studies have reported that maca has no effect on sex hormones, while animal studies suggest elevated levels of progesterone, testosterone, and luteinizing hormone.

Lastly, anybody with a hormone-sensitive condition, such as uterine fibroids, or breast, uterine, or ovarian cancer, or endometriosis, shouldn’t consume maca without talking to a doctor first.

Maca has long been believed to boost libido, improve mood, enhance endurance, and improve fertility. However, research on maca is still in its early stages, and there is limited data available to back up these claims.

Researchers need to carry out more extensive and larger-scale human studies to determine the precise maca root benefits and how effective the results are. Although there are a few potential risks associated with taking maca, most people can consume the supplement without any cause for concern.