Ashwagandha is one of the most revered herbs in traditional Indian medicine, also known as Ayurveda. In recent years, it has also been gaining attention in the western world as an adaptogen with a host of possible benefits.

This article explores the most common ashwagandha root uses and whether there is any scientific evidence to back them.

Ashwagandha is the common name for Withania somnifera, an evergreen shrub native to India, the Middle East, and parts of Africa. It is sometimes known as Indian winter cherry or Indian ginseng.

People most commonly use the roots of the plant as medicine. However, the berries, flowers, and leaves may also have some therapeutic properties. 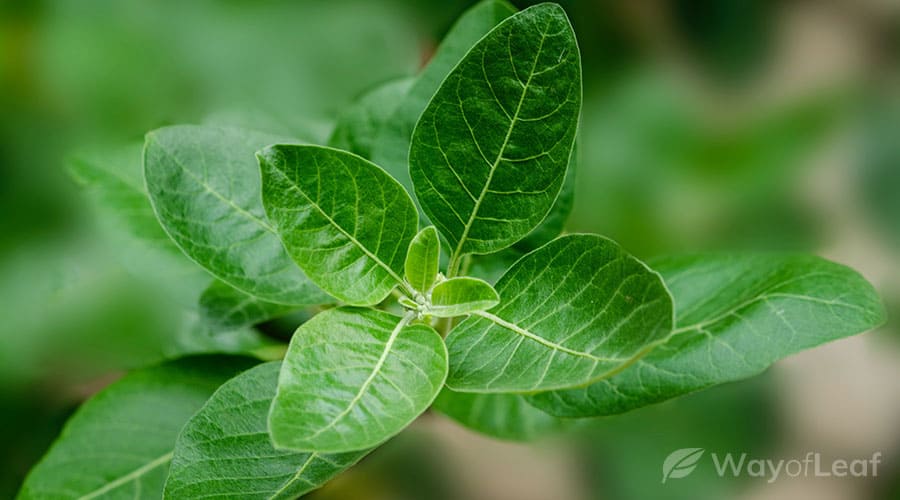 The plant gets its name from the word ashwa, meaning horse. One reason for this is the horse-like smell that the roots produce. The other is that some people believe the herb can give those that consume it the strength of a horse.

Ashwagandha is essential to Ayurvedic medicine, which considers it a Rasayana or rejuvenating herb. Specifically, it is known as a Medhya Rasayana, meaning it is believed to primarily influence mental function.

Some of the herb’s many active compounds include alkaloids, withanolides, and withaferin, among others. They give it a broad range of potential benefits, although there is more evidence to support some uses than others.

There are many traditional ashwagandha uses, including the following:

However, most modern research has focused on the herb’s adaptogenic properties. What this means is that it may help the body to cope better with physical or mental stress. It also appears to have anti-inflammatory, antioxidant, and neuroprotective properties.

Let’s look at some of the most common reasons why people take ashwagandha in more detail.

Due to its potential ability to regulate the stress response, many people use ashwagandha root for anxiety. There has also been a decent amount of research in this area.

A 2014 systematic review assessed the results from five clinical trials on ashwagandha for stress and anxiety. All of the studies found that ashwagandha reduced anxiety scores. In most cases, these reductions were significant. However, the review concluded that more research was still necessary. Most of the trials it looked at were small and at high risk of bias.

A 2019 study found that both high and low doses of ashwagandha were more effective than placebo in several areas.

A 2019 study of 58 participants investigated the specific benefits of ashwagandha for stressed healthy adults. It found that both high (600mg) and low (250mg) doses of ashwagandha were more effective than placebo in several areas. They included reducing perceived stress, improving sleep quality, and lowering levels of the stress hormone cortisol. However, only the 600mg dose significantly decreased anxiety scores as measured by the Hamilton Anxiety Rating Scale (HAM-A).

However, a 2000 study involving rats had promising results. It found that when the researchers exposed the animals to stressful conditions, pre-dosing with ashwagandha had anti-anxiety and antidepressant effects. Moreover, these effects were comparable to lorazepam (a benzodiazepine) and imipramine (an antidepressant), respectively.

A 2019 study on humans supported these results. A total of 66 participants with schizophrenia took 1000mg of ashwagandha extract daily for 12 weeks. The results showed medium-sized improvements in depression and anxiety scores. However, more research is needed to demonstrate how effective the herb is for other patient groups.

Ashwagandha’s benefits for hair have not been well-studied. However, a 2012 case study suggests the herb may reduce hair loss in some specific circumstances. The report discussed the case of a 57-year-old woman with various hormonal imbalances. Her primary complaint was excessive hair loss and a dry scalp with intermittent burning sensations.

After taking ashwagandha for two months, the patient reported finding fewer hairs on her pillow each morning. Blood tests confirmed that her hormone levels had also improved while taking the supplement.

Some research supports the use of ashwagandha for weight loss. It may be beneficial for those living with chronic stress, which can often lead to weight gain. For example, stress can negatively impact eating behavior and body weight. Furthermore, raised cortisol levels tend to increase hunger.

Related article
Probiotics for Weight Loss: Is There a Link?

A 2017 study investigated this connection. A total of 52 participants under chronic stress took either 300mg of ashwagandha twice daily or a placebo. Those in the ashwagandha group experienced reductions in perceived stress at the four and eight-week assessments. Their overall body weight was also reduced by 3.03%, compared with 1.46% in the placebo group. The subjects also had reduced scores for “uncontrolled eating” and “emotional eating.”

It appears that ashwagandha could also help to enhance the effects of working out. In a 2015 study, 57 men aged 18–50 undertook resistance training for eight weeks while taking either ashwagandha or a placebo. Those in the ashwagandha group experienced greater increases in muscle strength, arm and chest muscle size, and testosterone levels. They also saw greater reductions in exercise-induced muscle damage and body fat percentage.

Research into ashwagandha and energy has somewhat inconsistent results.

A 2019 study investigated the herb’s impact on overweight men aged 40–70 suffering from mild fatigue. There was no statistically significant difference in fatigue, vigor, or sexual wellbeing.

A 2020 review of five studies showed that ashwagandha could improve VO₂ max in athletes and non-athletes. VO₂ max is an indicator of cardiovascular fitness. It indicates the maximum amount of oxygen a person can utilize during exercise. The researchers concluded that while the results were promising, further research is needed.

Ashwagandha may have anti-inflammatory properties, meaning some people may find it beneficial for arthritis. However, those with autoimmune disorders, such as rheumatoid or psoriatic arthritis, should exercise caution. Ashwagandha could increase immune system activity, which might exacerbate these conditions.

Ashwagandha may have anti-inflammatory properties, meaning some people may find it beneficial for arthritis.

There is also not much research on the benefits of ashwagandha for arthritis. A 2014 study suggests it may help, although the experiments involved rats rather than humans.

A 2015 study on humans suggested that ashwagandha may help relieve tender, swollen joints, disability, and pain. However, this trial also tested another Ayurvedic remedy called sidh makardhwaj. It is a topical application based on mercury and other minerals. It is unclear from the study’s results whether either treatment would produce equally beneficial effects when used in isolation.

There are various choices when it comes to ashwagandha supplements. Some of the most popular include tea, pills, and powder. Taking ashwagandha in different ways may impact its potential benefits, and it is unclear what dose and form of ashwagandha are the most beneficial.

Ashwagandha root tea has a slightly bitter and earthy taste that not everybody will enjoy. Some companies sell beverages containing a mixture of ashwagandha and other herbs. This not only improves the flavor but may also enhance the tea’s effects, depending on the other ingredients. Some standard blends include other valuable Ayurvedic herbs like ginger and turmeric alongside ashwagandha.

Ashwagandha capsules provide a more convenient way to take the herb. Consumers can simply swallow them with water, and there is no unpleasant taste. Another advantage is that each pill contains a fixed amount of the herb for accurate dosing. They may also be more potent than tea.

The most traditional method of taking this supplement is ashwagandha root powder, sometimes known as churna. It is possible to mix the powder with water, milk, ghee, or honey and use it orally. Another option is to make a paste and apply it externally, for example, to swollen joints in arthritis. 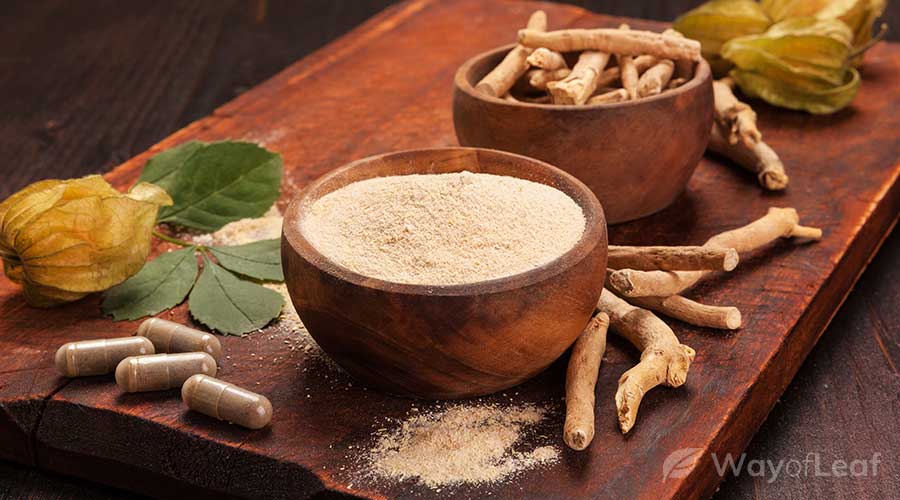 Ashwagandha Side Effects and Safety

Possible side effects of ashwagandha include:

Consumers should stop ashwagandha use two weeks before surgery as it may interfere with certain medications used during surgery. It can also interact with various other medications that affect the central nervous system or immune system. It is considered unsafe to use ashwagandha during pregnancy.

We recommend consulting a physician before using ashwagandha or any other supplement for the first time.

Want to learn more about how adaptogenic herbs could benefit you? Check out the articles below: