Ginkgo biloba is an ancient tree species that is famous for its use in traditional Chinese medicine. It is now hitting the mainstream, but does it have any proven benefits, and is it safe to use?

Here’s our complete guide to ginkgo, including its historical and modern uses, research, side effects, and more.

What Is Ginkgo Biloba?

Ginkgo Biloba, also known as maidenhair ginkgo, is a tree that has inhabited the Earth since prehistoric times. It is so old that some people consider it a living fossil. Not only is ginkgo an ancient species, but each specimen can live to be 1000 years old. Perhaps it is no coincidence that its most common uses include treating various age-related diseases. 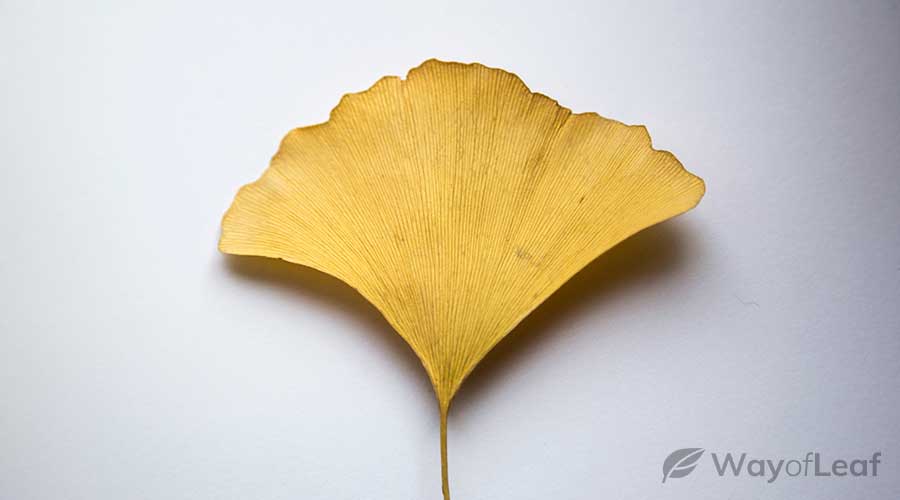 The tree is native to China, and that is where its use as a medicinal herb began. The first records of its therapeutic properties are in Shen Nong Ben Cao Jing, a text which is approximately 2000 years old.

However, in modern herbalism, the tree’s leaves are more popular, and they have several potential benefits. While not all of these uses are scientifically-proven, there is research to support at least some of them. Let’s take a closer look.

These chemicals are responsible for ginkgo’s effects and the wide variety of reasons people use it. Proponents have suggested that it can help with:

However, not all of these uses have enough scientific proof to support them. According to the National Institutes of Health, there is a small amount of evidence that ginkgo could help:

Let’s examine some of the most common Ginkgo Biloba uses in more detail.

Many consumers use Ginkgo Biloba as a memory aid, including those with neurodegenerative conditions like dementia and Alzheimer’s disease. However, evidence on the subject is mixed.

According to the National Center for Biotechnology Information, there are several contradictory studies.

Trials from 1997 and 2012 suggested that ginkgo extract was safe and provided modest improvements in several measures. They included cognitive performance, social function, and quality of life, among others. Furthermore, a 2015 systematic review of nine trials found that ginkgo could slow the decline of cognition, function, and behavior in dementia patients.

Ginkgo could slow the decline of cognition, function, and behavior in dementia patients.

However, a 2005 study involving patients with mild to moderate Alzheimer’s disease did not support its use. There is also no evidence that ginkgo can improve memory function in healthy individuals.

Animal studies suggest that ginkgo extracts can affect several different brain structures and neurotransmitter pathways. However, it is unclear exactly how it might work in humans. Some have speculated that it is primarily due to the plant’s antioxidant activity.

A 2007 study supports this use. It investigated ginkgo extract’s effects on 107 patients with either generalized anxiety disorder or adjustment disorder with anxious mood. They found that the extract significantly reduced anxiety scores in comparison to placebo. It also appeared to be safe and well-tolerated.

Scientists have also explored whether ginkgo could assist in the treatment of other neuropsychiatric disorders. The results of a 2013 review were mixed but suggested it could improve some schizophrenia symptoms.

Another potential use of Ginkgo Biloba is hair growth promotion.

Human research is lacking, but a 1993 study on mice found an alcohol extract of ginkgo increased hair regrowth after shaving.

A 2019 study on mink hair follicles supported these results. It suggested that the compounds ginkgolide B and bilobalide are responsible for ginkgo’s relationship with hair growth.

However, more research is necessary to ascertain the effectiveness of Ginkgo Biloba as a hair loss treatment in humans.

There is also some evidence to support Ginkgo Biloba for skin health.

Studies from 2003 and 2011 suggest that taking ginkgo extract could benefit people with vitiligo, an autoimmune condition that results in pigment loss. The researchers suggest that the plant’s antioxidant and immune-modulating properties are responsible.

Furthermore, a 2019 study demonstrated that ginkgo seeds have potent antimicrobial properties. They inhibited the growth of bacterial strains, including Staphylococcus aureus and Cutibacterium acnes. The former is involved in many cases of skin infections, including those associated with eczema. Meanwhile, the latter is implicated in acne, blepharitis, dandruff, and psoriasis.

To benefit from these antibacterial properties, it would be necessary to apply ginkgo seed extract directly to the skin.

With such a long list of potential benefits, many people are now opting to take Ginkgo Biloba supplements. However, in an unregulated market, many of these products are low-quality. Therefore, it is essential to choose carefully. 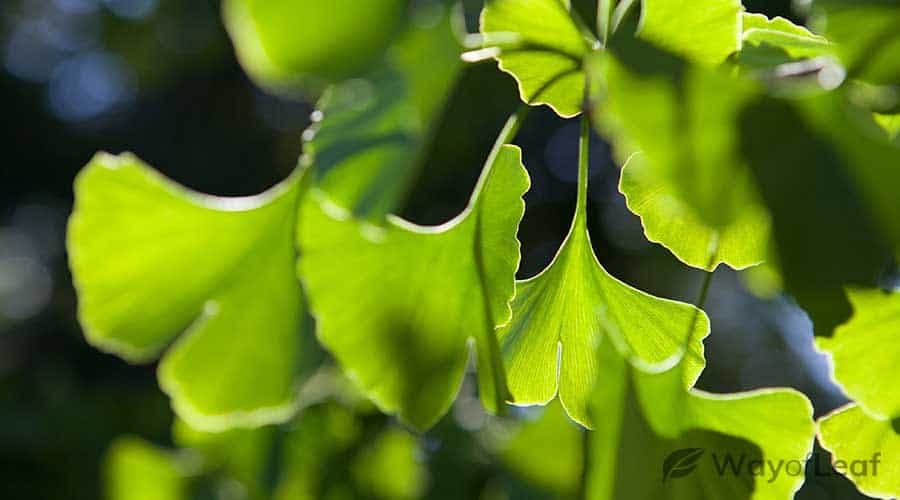 Look for reputable brands that label their supplements clearly and provide lab reports for each item. It is also worth considering the source of the ginkgo and the extraction method. Note that most research studies use a standardized Ginkgo Biloba extract known as EGb 761.

Pills are one of the most typical ways to take ginkgo. The benefits of Ginkgo Biloba pills include:

There are not many downsides to this consumption method, providing the pills come from a trustworthy source. However, those looking for a clean product may wish to steer away from tablets with long ingredient lists and artificial additives.

For those seeking a more traditional consumption method, making ginkgo into a tea is also possible. However, Ginkgo Biloba tea’s benefits may be outweighed by its risks.

Firstly, it can be difficult to know how much ginkgo to use and how long to brew it. This makes accurate dosing a challenge, and it is probably best left to experienced herbalists. Furthermore, many people will not enjoy the taste, which can be on the bitter side.

Although most research suggests that it is well-tolerated, there are some potential side effects of Ginkgo Biloba. They include:

Ginkgo increases the risk of bleeding, and people with bleeding disorders should use it with extreme caution. This includes people taking blood-thinning medication and non-steroidal anti-inflammatory drugs (NSAIDs). People with epilepsy and diabetes should also be cautious and consult a doctor before use.

The safety of ginkgo for pregnant or breastfeeding women is unknown. Some experts suggest that pregnant women should avoid it due to the increased risk of bleeding.

As the FDA does not approve it, there is no official Ginkgo Biloba recommended dosage. However, consumers should not exceed 240 mg each day.

As the FDA does not approve it, there is no official Ginkgo Biloba recommended dosage.

Most studies of ginkgo for dementia have used high doses of 240 mg, once daily. However, those investigating skin disorders like vitiligo used lower doses of 120 mg, taken in divided doses throughout the day. For example, in one vitiligo study, the participants took 60 mg twice daily. In another, they took 40 mg three times a day.

Ginkgo leaves also contain toxic compounds, albeit in lower concentrations. However, there have been cases of fatal seizures after overdosing on ginkgo extracts. This highlights the need for accurate dosing and purchasing supplements from a reliable source.

Animal studies also suggest that long-term ginkgo use could raise the risk of liver and thyroid cancer. More research is warranted to confirm whether this also applies to humans.

There are several potential Ginkgo Biloba drug interactions. This is because it undergoes metabolism via the same liver enzymes as many other drugs.

However, this is not an exhaustive list. Individuals taking prescription medicines, over-the-counter remedies, or other supplements should consult a physician before using ginkgo supplements.