Also known as social phobia, social anxiety disorder has the potential to completely ruin a person’s life if it isn’t identified and treated as soon as possible. Imagine a situation where you constantly feel under the microscope, where every mistake you make is highlighted, and every move you make is judged? That is just a taste of what it feels like to have social anxiety disorder.

In this article, we are going to discuss social anxiety disorder and review five marijuana strains that could be useful for dealing with this difficult condition.

What Is Social Anxiety Disorder?

According to the Social Anxiety Institute1, social anxiety is a fear of being judged negatively by other people. Meeting other people may make the person with social anxiety disorder feel self-conscious, and ultimately, they elect to avoid dealing with others. As a result, they can become isolated and alone. They also may feel inferior, inadequate, and embarrassed.

A survey from 2007 showed that 36% of people with social anxiety disorder wait over ten years before receiving help!

It is difficult to pin down an exact cause of social anxiety disorder, but it may be caused by a combination of genetic and environmental factors. For example, people are more likely to have a social anxiety disorder if they were the victim of sexual abuse, bullying, or family conflict. A serotonin imbalance may also be a reason as this chemical in the brain helps regulate mood.

It’s also possible that an overactive amygdala (one of the structures in the brain that controls feelings of anxiety and fear response) could be responsible.

What Are the Symptoms of Social Anxiety Disorder?

If you have social anxiety disorder, you may experience emotional distress during the following:

People with social anxiety disorder may exhibit the following symptoms when any of the above happens:

It is common for people with social anxiety disorders to deliberately miss appointments to avoid meeting anyone. They may even misuse alcohol when forced to deal with a social situation.

Some people with social anxiety disorder will do everything possible to isolate themselves from others. Some may shut themselves off from the outside world and stay away from family and friends. Some may steer clear of social events, group activities, and won’t even eat or drink in front of others. Some may experience symptoms such as diarrhea and nausea, weeks before a dreaded social event arrives.

There are different types of therapy for social anxiety, including:

Cognitive Behavioral Therapy: This treatment option involves changing patterns of thought and learning to control anxiety through breathing, relaxation, and discovering how to think positively rather than negatively.

Group Therapy: With group therapy, individuals learn social skills by interacting with others. By participating in therapy with people with a similar problem, they may feel less alone.

Medication: The most commonly used medications are selective serotonin reuptake inhibitors (SSRIs), including Zoloft and Paxil, SNRIs (serotonin-norepinephrine reuptake inhibitors), such as Effexor XR, benzodiazepines, or beta-blockers, are sometimes prescribed. Side effects depend on the specific medication, but may include:

Marijuana was first used as a treatment for anxiety back in 1563 when a Portuguese doctor wrote that cannabis could relieve patients of all worries!

A 2010 study by Crippa et al., published in the Journal of Psychopharmacology, looked at the effects of CBD on individuals with social anxiety disorder. It was a small study with just ten volunteers but found that cannabidiol helped reduce symptoms of social anxiety.

A study by Bergamaschi et al., published in Neuropsychopharmacology in February 2011, also found that CBD reduced the anxiety induced by public speaking in certain patients. 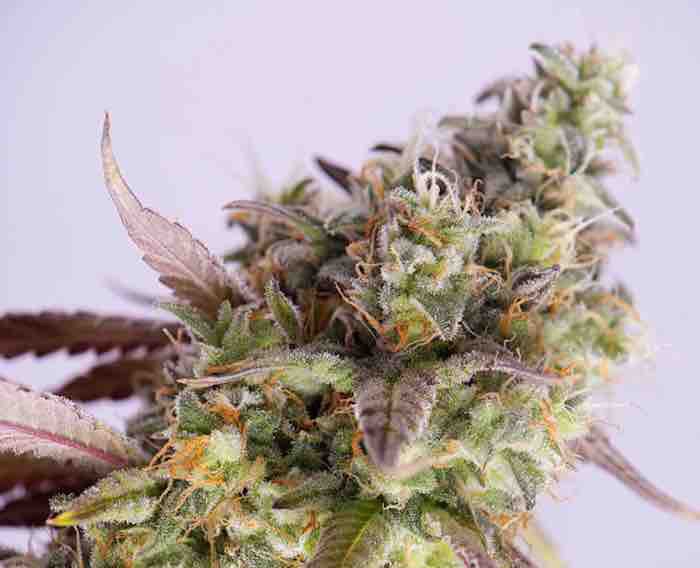 The Truth is a marijuana strain with an interesting name. It may be helpful for stress and anxiety. It is a cross of SFV OG, Chemdawg, and Triangle Kush, developed by True Canna Genetics. The Truth is a slightly sativa-dominant hybrid and won second place in the High Times Cannabis Cup in 2014 in the indica category in Amsterdam.

This is not a strain to be trifled with; it has a THC content of 18-22%, and some cuts have up to 1% CBD. The Truth provides its consumers with a mental high that may keep them motivated and energized. It may release feel-good endorphins that lead to a feeling of euphoria. Eventually, the high makes its way down through the body and provides a sensation of utter relaxation.

The Truth offers a wonderful musky earth scent, followed by a classic woody and earthy taste. It is a potent strain with side effects, including dry eyes and a dry mouth. For those looking for a strong cerebral high, the search may end with The Truth! Individuals with chronic stress and depression widely use it, and it may have anti-inflammatory properties.

This slightly sativa-dominant hybrid is a cross of Shiva Skunk, Northern Lights #5, and a Haze hybrid. It is named after legendary marijuana activist Jack Herer, who famously wrote The Emperor Wears No Clothes, a tome often cited by those wishing to legalize or at least decriminalize the herb. 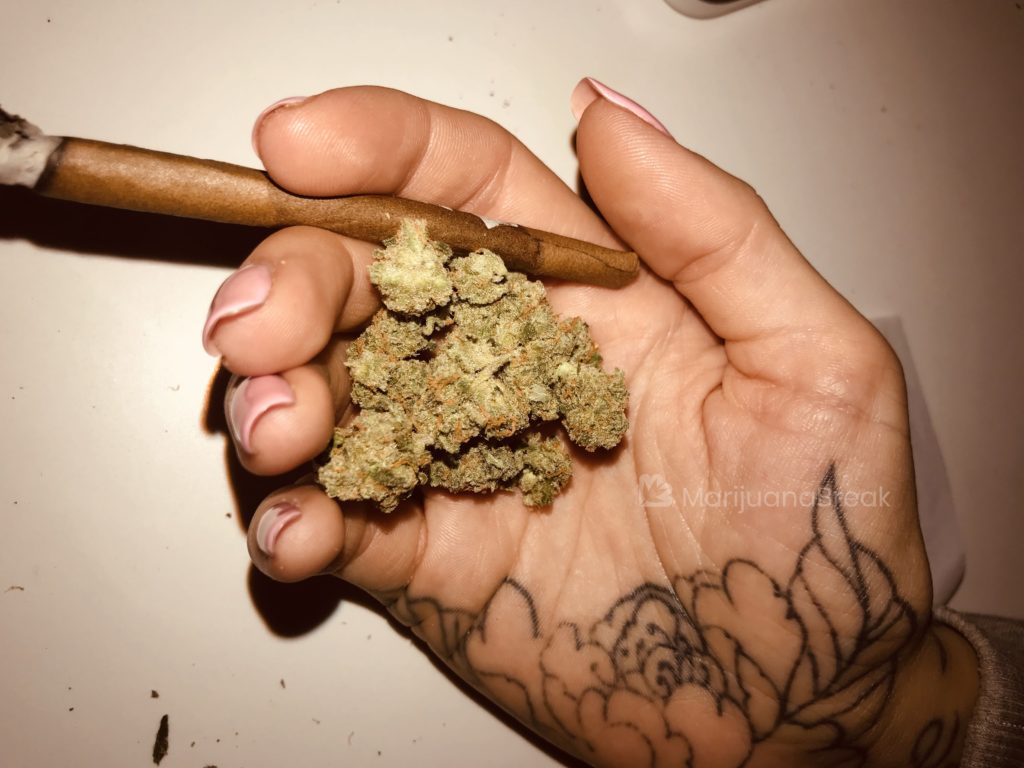 This strain was first created in the Netherlands in the 1990s but is now globally famous. It is incredibly potent, with 17.5-24% THC and minimal CBD. This strain has an uplifting effect on its consumers. Jack Herer can provide its consumers with a burst of energy, and the mellow body high never threatens to bring on a case of couch-lock.

The piney and spicy scent are alluring, and it tastes a lot like it smells. Consumers may detect a slight tropical fruit taste, although the spice and earth are the dominant flavors. Make sure to have a glass of water handy because this strain can lead to dehydration. Jack Herer may be useful for individuals with chronic fatigue and is the strain of choice for many people with depression.

This strain contains up to 8% CBD and can have up to 12% THC. However, the average THC range is typically 6-9% for this strain.  It is an indica-dominant hybrid and is believed to come from a cross of Critical Kush and a ruderalis strain. This alone makes it a unique marijuana strain.

For those with anxiety who are a bit concerned about cannabis’s effects, Critical Cure is a great place to start. It offers a steady, mellow high that helps the body relax. It is an intensely satisfying experience. Consumers should feel the first effects after approximately 25-30 minutes. The high makes its way to the body after about two hours and works to relax the muscles and ease tension.

It has a potent, earthy aroma that makes it seem as if it will be stronger than it is. It has a slight scent of ripe berries. Its taste is a lovely combination of berries and wet soil, and the pine aftertaste is extremely pleasant. As the THC content is relatively low, side effects are generally limited to mild cases of dry eyes and dry mouth. Critical Cure may be useful for people with depression and anxiety.

ACDC has won multiple Cannabis Cup awards and is widely regarded as one of the best marijuana strains for anxiety. It is a 50/50 balanced hybrid, and a phenotype of ruderalis and Cannatonic. It was bred by Resin Seeds, who were keen to find yet another high-CBD, low THC strain for use as a medicine. 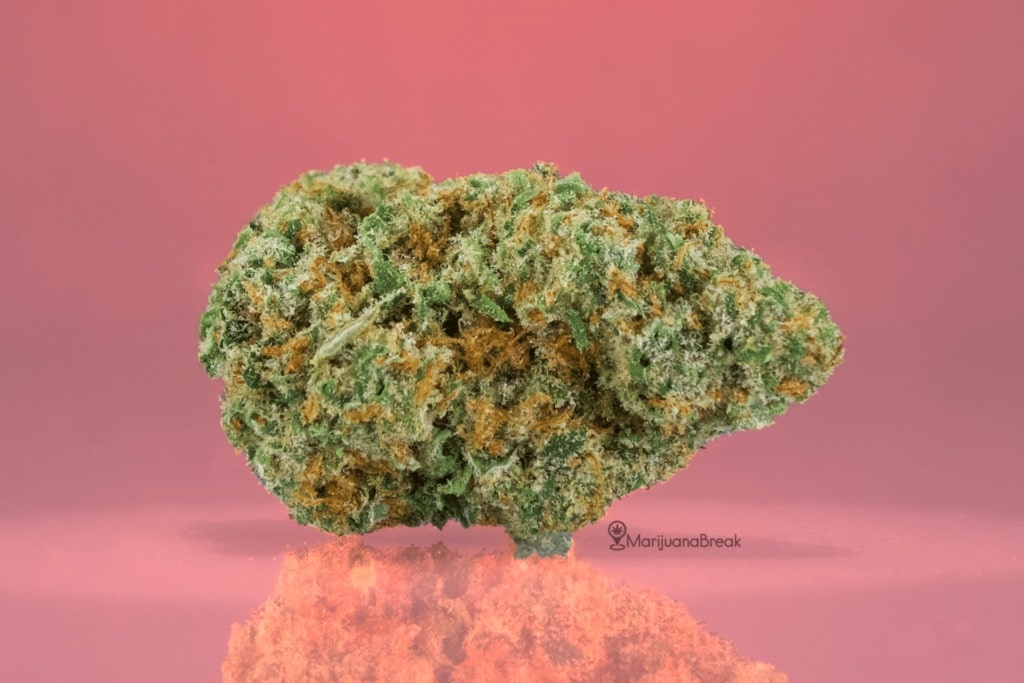 ACDC is not completely without THC and has levels between 2% and 6%. However, this is more than offset by the 16-24% CBD it contains! If you’re looking to get high, ACDC is not the right option. Rather than being hit with a potent cerebral high, this strain offers complete body relaxation. However, it doesn’t cause couch lock and may even help its consumers to be more productive!

ADDC has a sweet citrus scent and a sweet, peppery, and mildly pine/woody taste. The main side effect associated with this strain is dry mouth. The low THC content means it will probably be ignored by recreational users, but those looking for medical weed will find it hard to say no.

In one way, it seems strange to include White Fire OG on this list. By using too much of this strain, it could actually cause anxiety. However, those who use it sensibly say it is a fantastic way to cheer yourself up. With a THC content of up to 25%, consumers of this strain need to be very careful when using it.

White Fire OG, also known as WiFi OG, is a cross of Fire OG and The White. It produces a strong cerebral high, and users report feeling happy and virtually unable to contain their laughter. It may ease one’s worries and give its consumers an extra energy boost.

This strain has a strong pepper and diesel aroma, coupled with a fresh pine scent. It tastes much like it smells but can be an overwhelming strain for a novice. Fortunately, the fresh pine should kick in to make it a more enjoyable smoking experience. We recommend using a small amount at first. Those who overconsume may experience side effects such as dizziness.