Written by Patrick Lynch, M.A.
7 min read
0 comments
Read Later
All information on this website is for general informational purposes only and is not intended or implied to be a substitute for professional medical advice, diagnosis or treatment.

Today, millions of Americans use marijuana for medicinal and recreational purposes. A growing number of these people try cannabis to help them combat depression. According to NBC News, up to one in six Americans take a form of psychiatric drug. Antidepressants are by far the most commonly used. As such, we get a lot of readers asking us if they can use weed and antidepressants together.

In this article, we discuss whether cannabis can work with antidepressants. We also analyze what scientific literature has to say on the topic. Finally, we outline what your best options are if looking to use marijuana for a mental health issue.

Before You Think About Using Cannabis with Antidepressants, Understand What Depression Is…

According to the World Health Organization (WHO), major depressive disorder (MDD) is a significant cause of disability around the world. It affects nearly 300 million people from all walks of life. Sufferers of depression experience a wide range of symptoms. These include:

Depression’s most common comorbidities include alcohol, drug addiction, and anxiety disorders. Other bodily dysfunctions can consist of high blood pressure and stroke.

Sufferers of MDD are more than just “sad” or feeling down. They experience a wide variety of chemical imbalances that prevent them from enjoying and participating in many life activities. They may experience constant negative self-talk, along with feelings of hopelessness and despair.

Job and school performance and relationships can also suffer as a result of ongoing depression. There is also an increased risk of self-harm without intervention. After diagnosis by a trusted health professional, one of the most common treatments of depression include medications to mitigate chemical imbalances in the brain. This group of drugs is collectively known as antidepressants. 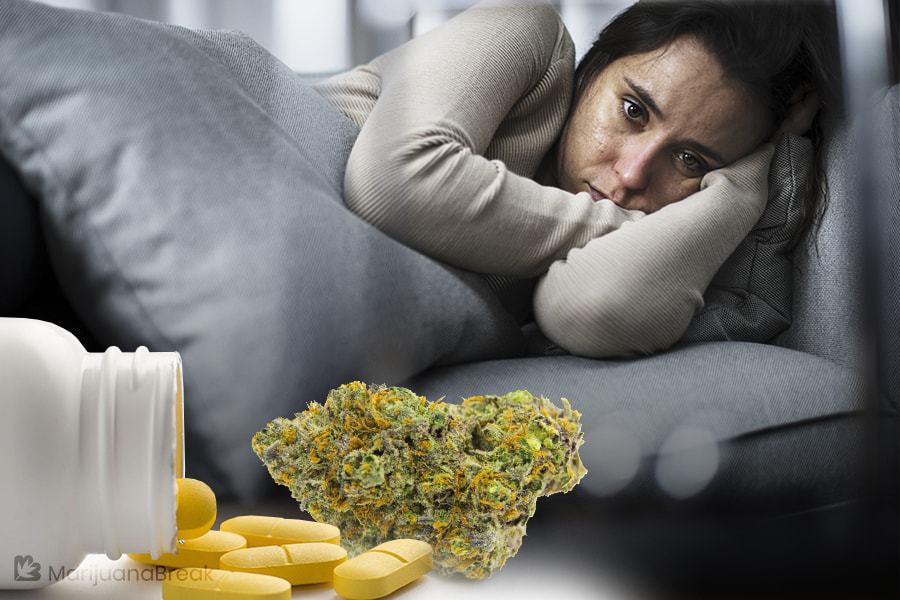 What Are Antidepressants… And How Do They Affect Your Body?

Antidepressants first made an appearance in the 1950s and have since become a staple in the medical community. Today, antidepressants are one of the most highly used methods of combating MDD.

SNRIs work by artificially raising levels of certain neurotransmitters. Neurotransmitters are chemical messengers in the brain. They operate across sections of myelinated sheaths, or swathes of brain cells covered in fatty proteins.

Neurotransmitters are an essential part of the human brain chemistry and operate as ‘directives.’ These directives instruct the brain’s neural pathways on what the body needs to do, and how. The neurotransmitters affected by SNRI’s, serotonin and norepinephrine, are primarily responsible for stabilizing moods.

Examples of SNRIs include brand names like Cymbalta, Pristiq, and Effexor. Patients who take any of these medications may see an improvement in mood over time. As a result, they could see a decrease in depressive symptoms.

SSRIs function similarly, though there are some significant differences. For example, SSRIs still greatly influence neurotransmitters. However, SSRIs block the reuptake or absorption of the neurotransmitter serotonin. This causes the brain to have higher levels of free-floating serotonin. This process eventually causes mood levels to change and become better and stabilize.

Other Types of Antidepressants

Another type of antidepressant is a monoamine oxidase inhibitor, otherwise known as an MAOI. Doctors don’t prescribe MAOIs as much as SNRIs and SSRIs these days. Indeed, they are considered as a last resort when other forms of medical treatment have failed.

MAOI drugs are classified as an inhibitor; this means they inhibit the neurotransmitter monoamine oxidase. They block this enzyme from breaking down the neurotransmitter serotonin, effectively increasing the amount of serotonin in the brain. Brand names include Nardil, Parnate, and Eldepryl.

Tricyclic antidepressants are also less commonly prescribed. This group gets its name because of the shape of its chemical structure, which sits in three rings. TCA is not just described for depression but a host of other ailments, including fibromyalgia, anxiety, and chronic pain.

Noradrenaline is another chemical messenger and works with dopamine, a major neurotransmitter that affects feelings of pleasure and reward. By disrupting noradrenaline’s reuptake, this NSSA helps to control the amount of dopamine in a sufferer’s system. Some examples of NSSAs include Aptazapine, Norval, and Remeron.

Antidepressants Have Horrifying Side Effects

Although MDD patients may see a marked improvement in their mood, it is not without side effects. Antidepressants can cause any number of symptoms. These include:

The FDA has strictly regulated the use of antidepressants, and for most people, they are considered safe. However, many view the side effects as being nearly as dangerous as depression itself. Others report that the antidepressants aren’t effective.

However, antidepressants and their link to mood isn’t an exact science. Often, doctors will try a combination of medications and treatments before finding something that ultimately works for a patient. Patients and their families in today’s world are looking for additional help, and that’s where cannabis comes in.

Weed & Antidepressants – How They Potentially Interact

Cannabis is a substance that comes from the marijuana plant. It has many different connotations in popular culture. However, recent research suggests that cannabis could mitigate several types of disorders in the body. Examples include nausea, vomiting, loss of appetite, and muscle spasms.

Studies now indicate that cannabis may have a positive effect on conditions such as Crohn’s disease and more. The main active ingredient in marijuana is THC or tetrahydrocannabinol. Cannabidiol (CBD) is also an active agent found in cannabis but lacks the intoxicating effects of THC.

What is concerning is the potential interaction between cannabis and certain types of antidepressants. Here are a few examples:

There is a suggestion that Zoloft has a ‘moderately clinically significant’ interaction with cannabis. It is wise to avoid combining the two under normal circumstances.

Weed inhibits specific enzymes in the liver that metabolize SSRIs. The result is a higher concentration of the drug in your blood. Elderly patients could experience impaired judgment, motor coordination, and thinking when using Zoloft and cannabis together.

Lexapro is an SSRI like Zoloft, so the interaction risk is similar. Combining the two could cause an increased risk of a mild form of mania known as hypomania.

Effexor is an SNRI, which is a newer type of antidepressant. As such, there is a lower risk of an adverse effect when mixed with cannabis. However, there is also minimal published research on the subject. We advise patients to err on the side of caution.

Mixing Prozac and marijuana could increase side effects such as confusion, drowsiness, dizziness. You may also find it more difficult to concentrate.

There are also reports of interactions with such popular prescription medications, such as warfarin. The active ingredients in cannabis could cause the displacement of warfarin from some protein-binding sites. Researchers believe that cannabis could increase the effect of warfarin on the body.

Damkier et al. had one such study published in Basic & Clinical Pharmacology Toxicology in January 2019. The evidence suggests that cannabis use increases international normalized ratio (INR) values in patients who take warfarin. The researcher recommended not using the two drugs together. Interestingly, those who received CBD for epilepsy management required a 30% reduction in warfarin dose to maintain therapeutic INR values.

Does Cannabis Mix with Antidepressants?

Unfortunately, there is a lack of research on how cannabis mixes with antidepressants.

Restrictions on how marijuana is scheduled is a roadblock to truly understanding cannabis’ effect when used with other drugs.

However, there are indications that cannabis is a better first line of defense against pain than opioids. In states where medicinal use of marijuana is legal, doctors have not reported many drug-drug interactions in patients. There is a suggestion that CBD inhibits a significant enzyme (CYP 450) that the liver uses to metabolize medications such as Valium or Xanax.

Alternatives to Smoking Pot for Depression

Pop culture may suggest that there is only one way to reap any of the benefits of cannabis. However, there are many different alternatives to only smoking pot. Users have a wide range of options.

Final Verdict – Is It Safe to Use Cannabis While on Antidepressants?

There is very little research on how cannabis interacts with brand name antidepressants. We do have some anecdotal evidence from patients who use SSRIs with weed and report few to no interactions. However, there is enough evidence available to urge patients to exercise caution.

This interaction is possibly dangerous to other patients. Pharmaceutical drugs carry enough side effects when used in the prescribed dosage. Things get very messy if you accidentally take too much. Another form of interaction could reduce the effectiveness of your antidepressant, which could also spell trouble.

The feeling is that using cannabis and antidepressants together is unwise, so avoid doing so whenever possible. If nothing else, make sure you speak to your doctor before attempting the process.