Written by Editorial Team
4 min read
0 comments
Read Later
All information on this website is for general informational purposes only and is not intended or implied to be a substitute for professional medical advice, diagnosis or treatment.
Shiva Skunk Strain Overview
Shiva Skunk is best reserved for those nights when you want to relax. It can lull you into a supreme meditative state and help melt away all the stresses of life. This particular strain happens to be one of the most potent Skunk strains on the market. Shiva Skunk boasts a flavor profile of berries, mint, and skunkiness - it’s also super smooth on the throat. 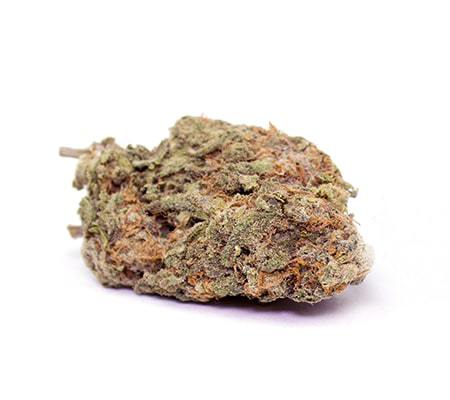 The Shiva Skunk cannabis strain is famed for its body-melting, tranquil, and serene impact. Although Shiva Skunk has been around for decades, it has not lost its charm. It is still considered one of the best Skunk strains on the market.

What Is the Shiva Skunk Strain?

Shiva Skunk offers a relaxing, meditative body buzz that could leave you feeling lazy. If you’ve got plans, clear your calendar when you embark on a journey with Shiva Skunk. You won’t want to go anywhere after a few puffs!

Shiva Skunk is a heavily indica-dominant cross of Northern Lights No. 5 and Skunk No. 1. Sensi Seeds bred this strain in 1987. The name Shiva didn’t catch on until later. Originally, they called this strain NL#5xSK#1, which isn’t quite as catchy!

Nowadays, Shiva Skunk’s name has been adapted, representing the Hindu god Shiva, who was rumored to have also loved cannabis. 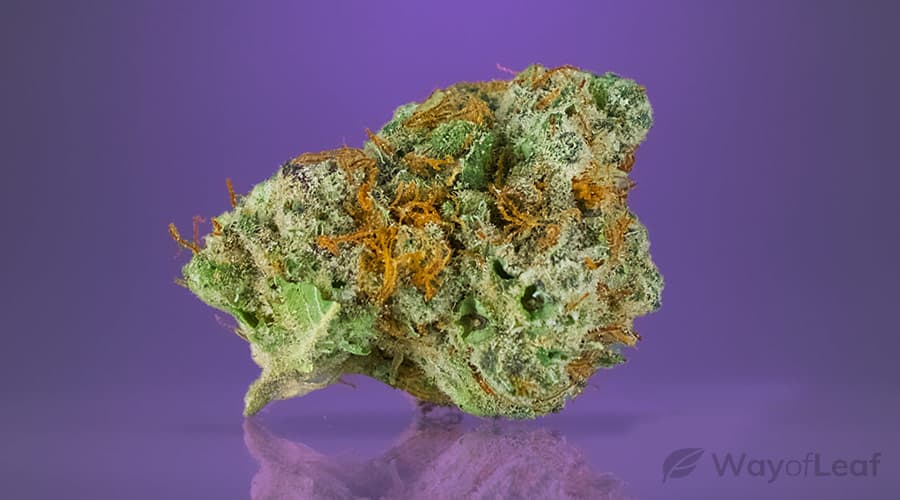 Smoking Shiva Skunk during the day, especially if there’s still work to be done, could end up being disastrous. It provides deep waves of euphoria which consume your body, especially when you use higher doses.

Initially, however, Shiva Skunk impacts the mind. It enhances feelings of elation and contentment and clears out negative thought patterns and worries. This clean slate allows consumers to focus better and become more creative. Therefore, Shiva Skunk is a worthwhile selection for at-home artistic endeavors.

The smell of Shiva Skunk is often described as sharp and intense but extremely pleasant. With an overall sweetness that reeks intensely of skunk and earth, this cannabis strain has a pretty typical aroma compared to other Skunk types. For its weedy smell, Shiva Skunk can thank its father, Skunk No. 1.

Relieve stress and improve you…

The flavor of Shiva Skunk, although not as pungent as the scent, is still quite powerful. It tastes sweet and almost a bit milky; it also offers refreshing hints of berries and menthol. All of the notes combine to produce an oddly delectable tasting strain. People who have tried this cannabis describe the smoke as smooth. This is the case even for heavy coughers, so you shouldn’t have to worry about your throat hurting afterward.

Shiva Skunk buds tend to be round and dense. They almost have the look of a tightly wound ball of yarn at times. The sugar leaves appear a bit stringier than with some other strains. The coloration of this strain is quite classic for a Skunk type. It consists of yellowish-green sugar leaves and bright orange pistils, topped off by a glassy coating.

This strain is easy to grow even for complete beginners, and it’s compact too. Therefore, Shiva Skunk is an ideal strain to cultivate if you want to save some space. Being an indica, this cannabis strain has a relatively short stature, typically only reaching 30 inches or less.

You can grow Shiva Skunk both indoors and outdoors, and the plant prefers a Mediterranean climate. You’ll want to avoid exposing the crops to any cold weather, though. Frigid conditions can destroy your harvest. Indoors, your grow room must mimic similar warm temperatures.

You can grow Shiva Skunk both indoors and outdoors, and the plant prefers a Mediterranean climate.

Shiva Skunk grows in soil and hydroponics mediums. However, the short plant seems to prefer a water base over all other options. The Screen of Green method appears to go well with Shiva Skunk for achieving a heartier yield. The typical flowering period for this marijuana strain is around 7-8 weeks.

This strain is ready for harvest in early October or even late September. This fact gives cultivators plenty of time to secure their crops before any chillier weather settles in.

Indoor-grown Shiva Skunk can offer up to 16 ounces per meter squared. Outdoors, the yield can reach about 16 ounces of consumable bud per plant.

Shiva Skunk has an average THC content of around 16%, which is moderate by today’s standards. However, some tests show cuts of this strain with up to 20%. 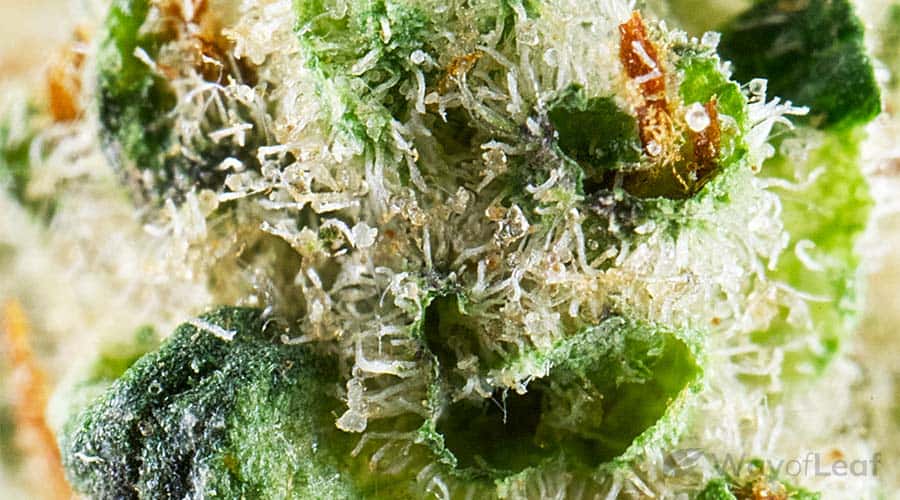 Shiva Skunk tends to contain less than 1% CBD. If you’re looking for a cannabis strain with a higher cannabidiol content, opt for Charlotte’s Web, Pennywise, ACDC, or Harle-Tsu.

Shiva Skunk is regarded as a useful medicinal strain. Although not beneficial for all conditions, it can manage anxiety, stress, chronic pain, and sleep disorders (such as insomnia).

For chronic pain, stress, and sleep disorders, you can consume Shiva Skunk by smoking or vaping it. Alternatively, you can use edibles.

Possible Side Effects of the Shiva Skunk Strain

Shiva Skunk’s side effects are considered relatively mild. There is a reasonable chance that you’ll experience dry eyes and dry mouth after consuming this cannabis strain. These two adverse effects are easy to manage. Drink plenty of water before, during, and after your high to replenish your mouth and body. 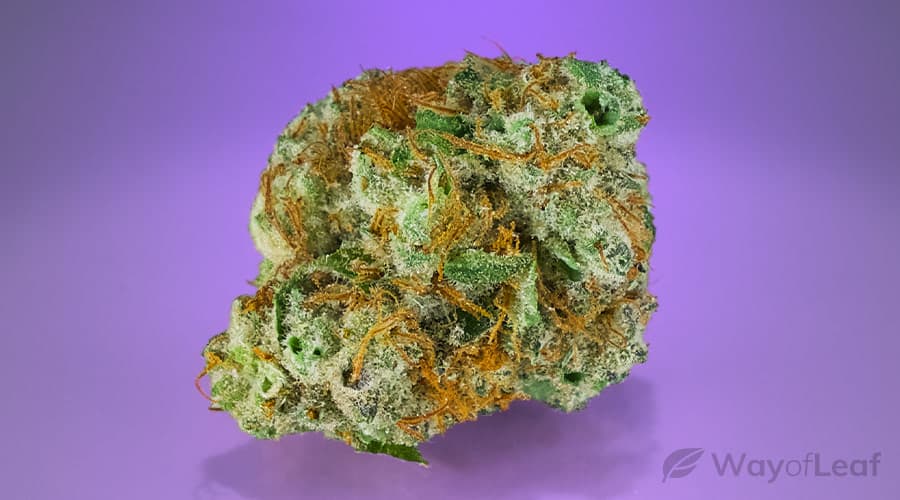 In rare circumstances, headaches and dizziness may occur. However, these effects typically only happen amongst individuals with similar reactions to cannabis in the past.

Shiva Skunk has remained a classic for more than 30 years for a reason; consumers love what this indica strain has to offer.  Those looking for an alternative way to tackle chronic pain, anxiety, stress, or sleep disorders, may find the strain’s relieving and relaxing effects useful.

Those who do not want strong intoxicating effects should start slowly and work their way up to larger doses. While Shiva Skunk isn’t massively potent for experienced users, novices might find the high overwhelming if they overdo it.

Is it as beautiful as its namesake?