Tinnitus refers to the sensation of hearing a sound even though there is no external noise. For a lot of people, it may feel akin to hearing a constant ringing in your ears. However, tinnitus sufferers could also hear humming, whooshing, or buzzing in the ear. It may seem like it is in one ear or both, and can occasionally be very hard to pinpoint. It isn’t unusual for someone to believe there is a real noise, only to later discover that they are the only person that can hear it.

Approximately 21 million Americans experience tinnitus each year. Although the condition is often associated with hearing loss, this is not the case for approximately 44% of individuals with tinnitus. Unfortunately, up to 20% of people with the condition say it is ‘disabling’ or ‘almost disabling.’

Currently, there is no cure for long-term tinnitus, so treatment tends to focus on helping people to manage their symptoms. Some procedures which sufferers of tinnitus undergo include sound therapy, relaxation therapy, and cognitive-behavioral therapy.

In the past, tinnitus was considered to be relatively harmless and associated with old age. Presbycusis often causes tinnitus in older people. This is a form of hearing loss caused by degenerative changes in the ear that occur, mainly in older people.

However, with exposure to extremely damaging noise levels, tinnitus is being more widely reported by teenagers and young adults. The most common cause of tinnitus is nerve damage in the inner ear. When these nerves become damaged, it creates an abnormal stream of impulses that the brain interprets as a sound. 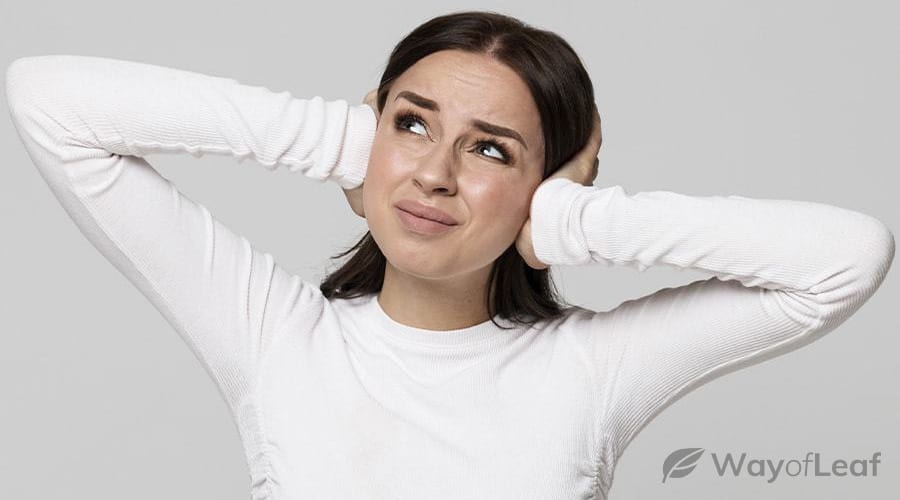 The list below gives an idea of the number of different potential causes tinnitus can have:

How Could Cannabis Help?

When you seek medical help for your tinnitus, your primary physician will attempt to find an underlying cause and treat it. If they find nothing, the next step is to consider one of the following:

In modern times, medical marijuana is a possible tinnitus treatment option. According to one theory, tinnitus is potentially a type of sensory epilepsy caused by hyperactivity in the cochlear nucleus in the brain. As a result, a potential treatment option is antiepileptic drugs.

In a study by Middleton et al., published in the May 2011 edition of PNAS, the research team found that cannabis reduces the symptoms of tinnitus in mice. In theory, the endocannabinoid system (ECS) helps control the elasticity of the brain in humans and mice. As a result, it could reduce, or at least mitigate, tinnitus symptoms.

However, research carried out by Zheng et al. found less encouraging results. The researchers believe that their results indicated that cannabinoids like THC and CBD could potentially aggravate tinnitus.

Referring to another study by Zhao et al., the researchers speculate that the activation of CB1 receptors in the dorsal cochlear nucleus may increase the excitation of fusiform cells, and thus exacerbate neuronal hyperactivity.

While these findings are more speculative than conclusive, they do suggest that THC and CBD may exacerbate the symptoms of tinnitus. More research is needed before we can reach any definitive conclusions.

While purely anecdotal, some people with tinnitus claim that cannabis can help to alleviate their symptoms. In this article, we look at five of the best marijuana strains for tinnitus based on user reviews.

1 – Death Bubba (This Marijuana Strain Is a Knockout)

Although Death Bubba is a marijuana strain that may help with tinnitus symptoms, we have to warn you to tread carefully! With a THC content of up to 27%, this indica-dominant (70%) hybrid is capable of sending even the most experienced user into a different realm. It is a cross of Death Star and Bubba Kush, bred by Vancouver-based Sea and Sky. 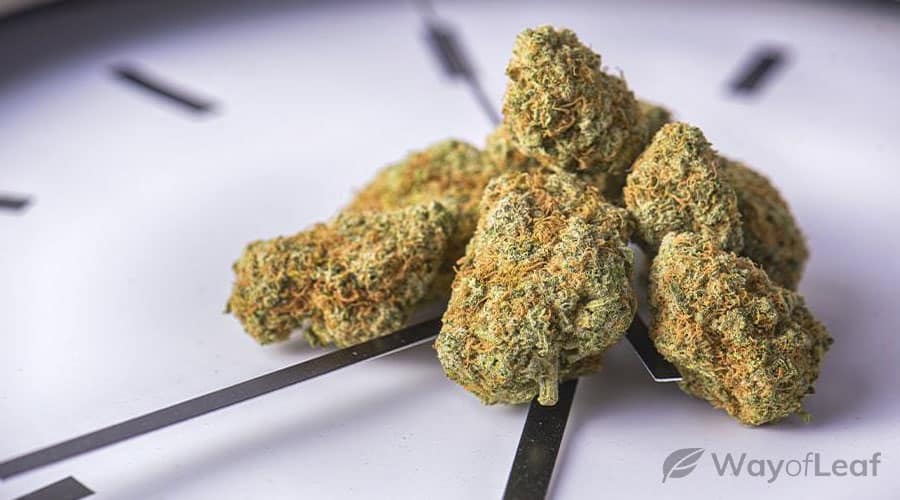 Its effects begin with a rapid and robust, energetic head high that boosts your mood and clears the mind. You should also feel more energetic and motivated. However, the indica part of Death Bubba soon takes hold, and a strong body high swamps you. You retain the uplifting feeling but will now be eager to lie down and relax. It is an ideal night-time strain because it helps you drift off to sleep.

As insomnia is one of the negative aspects of tinnitus, Death Bubba could be a lifesaver if it proves the difference between sleepless nights and waking up well-rested and full of energy. It is usual for users to wake up without realizing that they just enjoyed a great night’s sleep! This strain is also a potential painkiller.

Only truly unique and exceptional strains win an award at the Cannabis Cup. Candy Jack fits into this category, having won the coveted prize. There is a significant difference between the potency of Candy Jack strains on the market; you could receive a strain with 15% THC or one with a whopping 27%. If you end up with the latter, this balanced hybrid could send you into la-la land, which is one way to alleviate tinnitus symptoms! 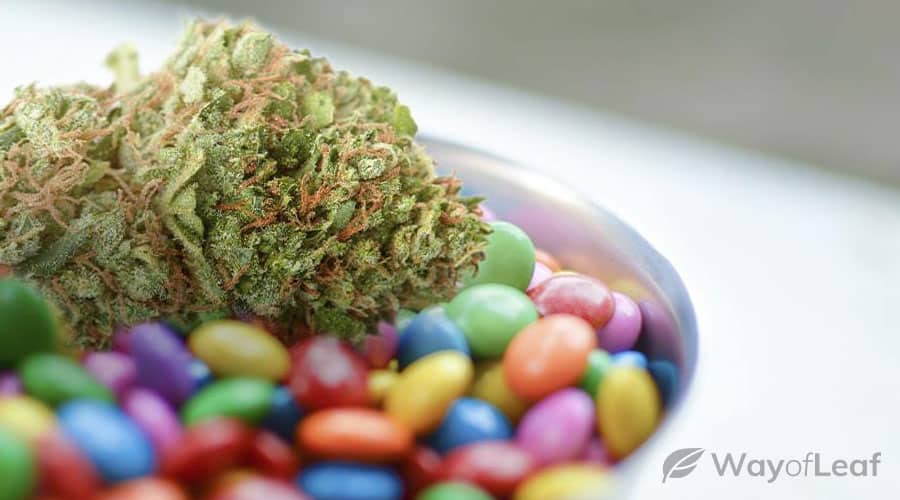 Candy Jack is a cross of Skunk #1 and Jack Herer and is the ideal strain if you need an energy boost during the day. It offers a tingling sensation that helps your body to remain in a state of perpetual motion for hours. You benefit from an intense cerebral high, along with a lift in your mood. You may even become more creative.

If you have a full-time job, the ringing noise in your ears exacerbates the tiredness you feel, which will undoubtedly cause mental fatigue. If these long days drain you, try some Candy Jack before you start working – assuming that you’re allowed to do so at your company! Incidentally, this marijuana strain is also used by people with eating disorders because it stimulates your appetite. Please don’t spend the night driving around looking for White Castle, though!

If you’re up to date on your fairy tales, you’ll probably guess that the name Glass Slipper comes from the legendary story of Cinderella. It is believed that this strain was created in the Netherlands, before ultimately being bred and grown in the United States. This sativa-dominant (70%) hybrid is likely to be a cross of Pineapple and Cinderella 99. With a THC content of up to 20%, Glass Slipper is a strain that commands respect. 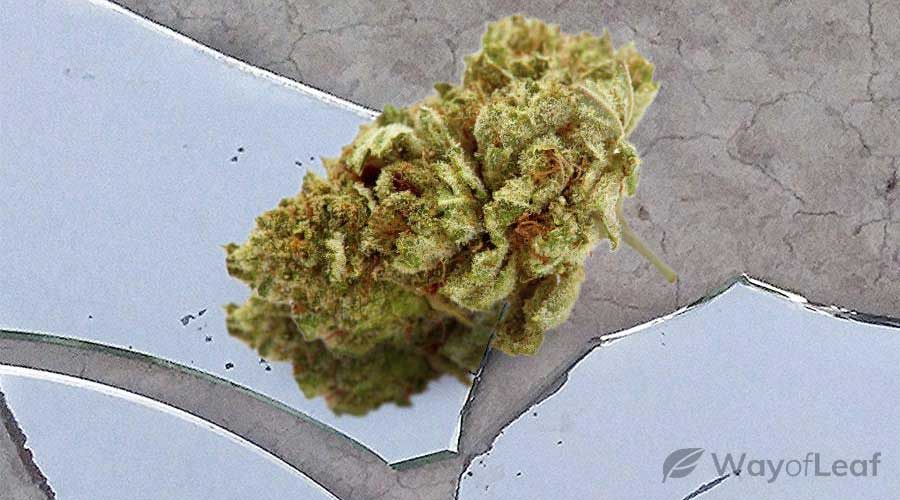 This is especially the case because Glass Slipper provides you with a head high that is far too intense for first-time users. If you are a casual user, we recommend using a minimal dosage first to see how your body reacts. An energy boost and uplifted mood accompany the cerebral high, and it is a strain known for improving a person’s sociability. The indica aspect of the strain offers a mild body high that doesn’t keep you stuck to the sofa.

As well as helping you forget all about your tinnitus issues, patients with PTSD and ADHD use Glass Slipper. Proponents claim it is an effective means of combating muscle spasms.

4 – Mars OG (This Marijuana Strain Has Nothing to Do with Martians!)

With a THC content of 16-20%, Mars OG could cause you to see planets and stars! However, Mars OG’s THC content isn’t so astronomically high that it will send its users into outer space. This heavily indica-dominant (80%) hybrid has green nugs that are covered by orange-brown hairs. Despite its extraterrestrial look, it gets its name from a combination of its parent strain’s names; OG Kush and Mars. 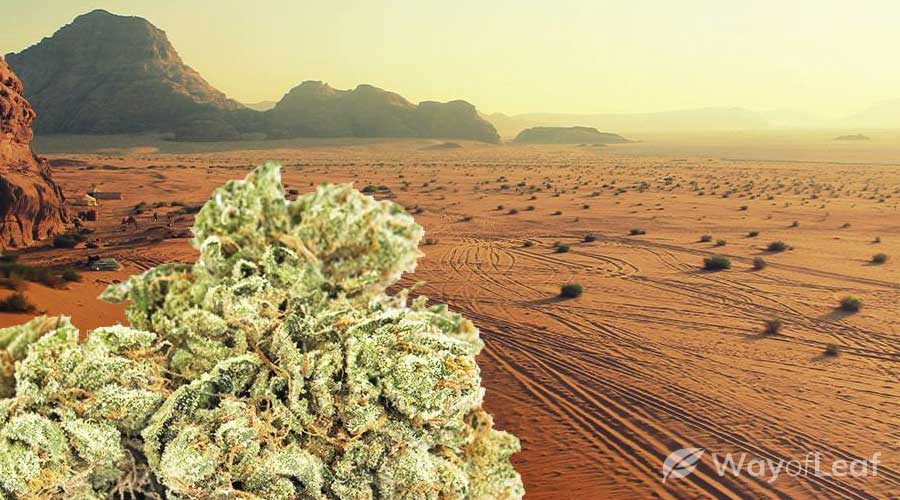 Although you feel some of the mellow cerebral high associated with sativa strains, its indica effects are significantly more powerful. Some users report feeling extraordinarily friendly and happy and even launch into a fit of giggles for no apparent reason. However, Mars OG is very much an evening or night time strain because its indica effects cause intense body relaxation. While it won’t make you feel lazy, it is capable of relaxing you enough to ensure a good night’s sleep.

Mars OG’s potential health benefits stem from its propensity to help you sleep and increase your appetite. It does such an excellent job with both that you need to ensure there is lots of food nearby. That way, you can eat your fill and go to sleep without waking up in the middle of the night, longing for a burger and fries.

As you can probably guess from the name, Love Potion No. 1 is often marketed as an aphrodisiac. This makes it an excellent strain for tinnitus patients who find that their condition has sapped their energy and libido. It is a sativa-dominant (70%) strain with a relatively strong THC content of 15 – 18%. 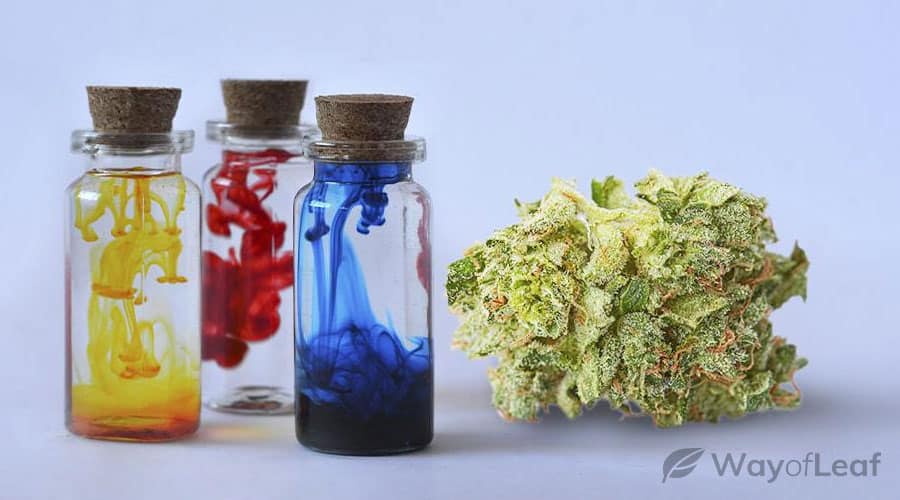 The result is a strain that won the High Times Cannabis Cup for best Sativa in 2004. Its sativa-dominant properties ensure that you feel reinvigorated, mentally sharp, and maybe even aroused! Most users find that any tension they felt before using the strain has all but vanished within minutes.

With Love Potion No. 1, you get the best of both worlds. Firstly, you get the energy boost sorely needed to get through a day. Secondly, you feel a sense of body relaxation without ever having a desire to remain on the sofa. One of the significant issues associated with tinnitus is mental and physical fatigue. If this is a problem for you, try Love Potion No. 1, enjoy more energy, and book a romantic evening for two!

Final Thoughts on Cannabis and Tinnitus

Although tinnitus is not a life-threatening condition, it is perfectly capable of negatively impacting a person’s quality of life. Individuals with tinnitus may find it hard to work, sleep, or even maintain concentration during discussions.

Research looking at the effectiveness of cannabinoids as a potential treatment option for tinnitus so far has drawn differing results. Hopefully, with more research into the area in the future, we will have a more definitive answer.

6
5 min read
Join the discussion
TOC
Premium
Your subscription has ended
If you love cannabis and want to support our site, join WayofLeaf Premium today and unlock
Best of all, part of your membership fee will go towards supporting the fight to legalize cannabis.
Sign Up for WoL Premium
Not now
I already have an account
×
Log in to Your Premium Account