Trigeminal neuralgia is a painful condition affecting the nerves of the face. It can make everyday activities such as eating and talking unbearable and have a significant impact on a person’s life.

Furthermore, traditional painkillers often don’t help numb the agony of trigeminal neuralgia. Doctors sometimes prescribe anticonvulsant drugs, which can ease the pain but come with a long list of potential side effects. This situation has left many patients wondering whether natural remedies like CBD oil could help.

So, does CBD oil help patients with trigeminal neuralgia? Keep reading to find out.

What Is Trigeminal Neuralgia?

Trigeminal neuralgia is sometimes called tic douloureux. It is a condition that affects the fifth cranial (trigeminal) nerve. This nerve is one of 12 pairs that attach directly to the brain, and it connects to the face with three branches. These branches supply the:

Trigeminal neuralgia occurs when this nerve becomes compressed, leading to facial pain. The level of discomfort could interfere with everyday activities and severely reduce one’s quality of life.

The main symptom of trigeminal neuralgia is severe facial pain. This pain is sometimes unpredictable and arrives suddenly with little warning. Most people describe it as a shooting pain, which can feel like an electric shock in the jaw, teeth, and gums.

These symptoms usually affect just one side of the face. Occasionally, both sides are affected, but usually not at the same time.

Trigeminal neuralgia attacks can last for anywhere between a few seconds and two minutes.

In severe cases, they may occur hundreds of times each day. Bouts can last for days, weeks, or months at a time. At this point, patients may experience a symptom-free period (remission).

However, over time, these periods of remission can become shorter. Eventually, a patient may be left with a continuous throbbing, aching, or burning sensation, even between attacks.

Unsurprisingly, trigeminal neuralgia often causes other symptoms, such as weight loss if a patient is unable to eat properly.

In other cases, the pressure could come from a cyst, tumor, or cluster of malformed blood vessels. It may also be related to multiple sclerosis or due to an injury or surgical damage. These cases are called secondary trigeminal neuralgia. Nobody is sure why some people develop trigeminal neuralgia and not others. However, it is more prevalent in women and those over 50 years of age.

Some common triggers include:

Although it is impossible to avoid all of these triggers, patients can help themselves in some situations. Some find that wrapping a scarf around their face and avoiding drafts provide some relief. Drinking through a straw and liquidizing meals are also options, although they are not always practical.

Regular painkillers have little effect on trigeminal neuralgia. Therefore, most doctors prescribe anticonvulsant drugs to help manage the condition. Although these medications are designed to treat epilepsy, they have the effect of slowing down nerve signals and relieving pain. 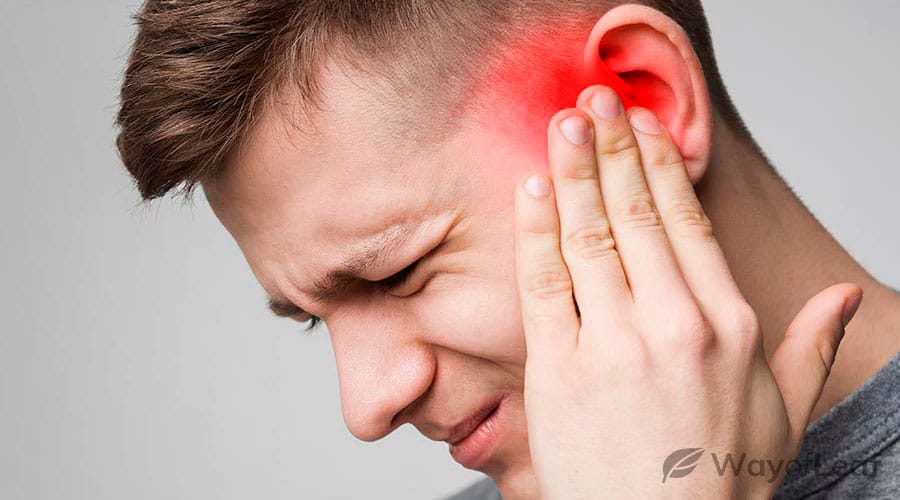 One of the most common examples is carbamazepine (Tegretol). Unfortunately, this medicine comes with a list of unpleasant side effects, including:

Furthermore, this drug can become less effective over time, leaving patients searching for an alternative.

Other treatments include surgery and percutaneous procedures. The latter involves intentionally damaging the nerve to block its signals. Therefore, it can leave patients with numbness or pins and needles on the affected side of the face.

Complementary approaches include acupuncture, biofeedback, and meditation to help with pain management. However, there is sparse clinical evidence to support the use of these techniques.

With such limited treatment options available, it’s unsurprising that many patients are dissatisfied. Therefore, many are wondering whether CBD oil can help trigeminal neuralgia. Let’s take a look.

Cannabidiol, also known as CBD, is now among the most popular natural health products in the world. It is one of the many active compounds found in cannabis plants.

Unlike THC, CBD does not cause intoxication. However, it does have a wide range of both physical and psychological effects. These effects are primarily due to CBD’s ability to interact with the body’s built-in endocannabinoid system (ECS).

The Endocannabinoid System and Pain

The ECS is a complex network of cell receptors called cannabinoid receptors and chemicals called endocannabinoids. When these components bind together, they trigger a variety of responses that help to maintain a state of homeostasis (balance).

The ECS runs throughout the entire body, including the brain and nervous system. It is involved in controlling mood, movement, memory, and pain.

Scientists are still working hard to determine the exact role of the ECS in pain management. However, it appears to interact with several of the body’s other systems, including the endorphin/enkephalin system. These are the body’s natural analgesics, and it is the system that opioids act upon to relieve pain.

The ECS also has a close connection with pain receptors known as TRPV1. These receptors work to detect both heat and pain. For example, they become active when someone eats spicy food, such as chili peppers. They send messages to the brain via nerve fibers and help to trigger a healing response.

How CBD Could Work for Pain Relief

CBD works by increasing the levels of natural endocannabinoids. In this way, it can enhance the activity of the ECS and aid patients with inflammation and pain. It also has neuroprotective effects, allowing it to potentially protect nerve cells from damage.

There are few studies specifically on CBD for trigeminal neuralgia. However, there is some evidence that it can benefit neuropathic pain. For example, this 2008 review, Cannabinoids in the Management of Difficult to Treat Pain, suggests that these compounds show ‘great promise’ in the treatment of neuropathy.

Research is ongoing, but hopefully, in the future, we will see substantial evidence regarding the efficacy of CBD for trigeminal neuralgia

CBD Oil for Anxiety and Depression Associated with Trigeminal Neuralgia

Due to its debilitating nature, many people with trigeminal neuralgia also suffer from depression, anxiety, and sleep issues. Fortunately, this is another area where CBD oil may help.

A 2014 study for CNS and Neurological Disorders Drug Targets found that CBD has both antidepressant and anti-anxiety properties.

Again, this is due to how the compound interacts with the ECS. It increases the circulating amounts of a specific endocannabinoid called anandamide. This chemical is often referred to as ‘the bliss molecule.’

CBD may also help to support healthy sleeping patterns, as this 2019 study for The Permanente Journal demonstrated. Of its 72 participants, 57 experienced reductions in anxiety scores while 48 experienced better sleep.

How to Take CBD Oil for Trigeminal Neuralgia

Those living in a state where medical marijuana is legal may wish to apply for a medical marijuana card. Several states list neuropathic pain as one of their qualifying conditions. Patients in these locations can benefit from more potent products containing THC alongside CBD.

Those who don’t live in a legal state can try a CBD oil that comes from hemp. Hemp contains less than 0.3% THC and is widely legal in the US.

The most popular way of taking hemp-derived CBD is via an oil. The preferred method of taking CBD oil is to place the oil under the tongue and hold for 60–90 seconds before swallowing. CBD is also available in many other forms, including capsules, edibles, vape products, and topicals.

Each of these forms has its pros and cons. For more information, check out our article CBD Therapy: Which Is Best for You?

One thing to consider when purchasing CBD oil for trigeminal neuralgia is whether the product is full-spectrum or an isolate. Full-spectrum products are potentially more effective since they contain a range of other cannabis compounds alongside CBD.

This is relevant because other cannabinoids, such as CBC and CBG, and some cannabis terpenes also have painkilling properties. Many experts believe that these chemicals work together synergistically to produce enhanced effects.

It is also essential to choose a CBD brand carefully. Some companies are selling inferior goods thanks to a lack of market regulation. Look for a brand that publishes third-party lab reports to confirm the cannabinoid content of their oils. It is also important to read plenty of reviews before buying.

Those who have pain due to trigeminal neuralgia may find CBD oil useful. Still, bear in mind that CBD may not be powerful enough to manage the condition by itself. However, it could potentially provide some additional relief alongside other treatment methods.

It should be noted that CBD can interact with many prescription and over-the-counter drugs and could increase the risk of adverse effects. Therefore, patients should consult a medical professional before taking CBD oil for trigeminal neuralgia. They will be able to monitor progress and adjust the amount consumed if necessary.