The therapeutic benefits of cannabis have become well-known in recent years, with more and more people turning to the herb to relieve a wide range of medical conditions.

The medicinal effects of cannabis are mainly due to chemicals known as cannabinoids which include THC and CBD among others. However, another group of compounds called terpenes also have a crucial role to play.

Terpenes are aromatic oils that contribute to the fragrance and taste of marijuana. They also have a wide range of health benefits, including enhancing the effects of certain cannabinoids.

Here is the lowdown on why terpenes are so important for cannabis therapy, and how to get the most out of their effects.

What Terpenes Are: Explained

Terpenes are produced by many different plants and are similar to essential oils. They have a strong aroma which is intended to deter pests such as insects or grazing animals. There are as many as 20,000 different terpenes throughout nature, with up to 200 found in the cannabis plant alone.

They are frequently used in the cosmetics and perfume industries, as an ingredient in pharmaceuticals, and to flavor food and drinks.

Although man has used terpenes for many years, they have not received that much attention up until recently. However, terpenes are quickly becoming more and more well-known due to their association with marijuana.

So why are terpenes important for cannabis therapy? Let’s take a look. 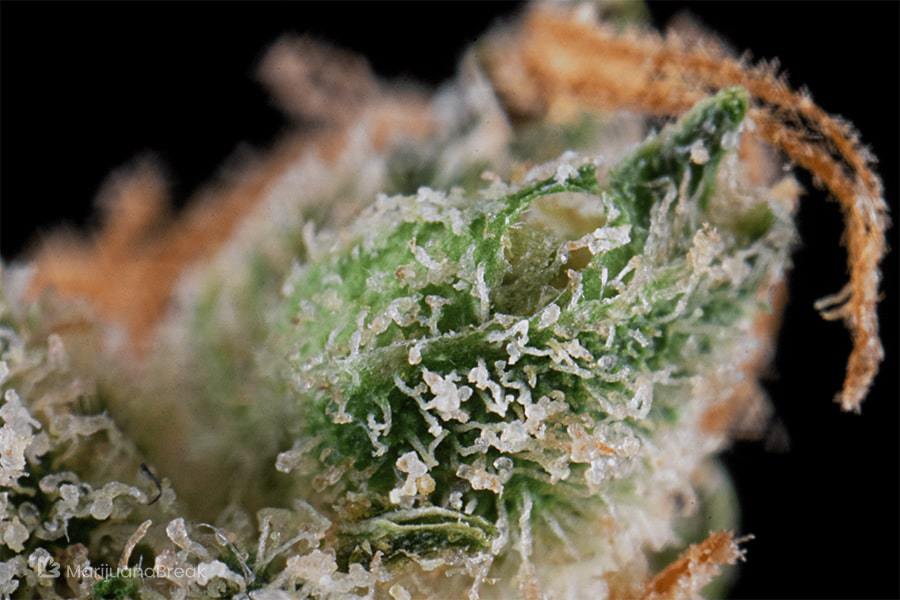 Like many plants, cannabis uses terpenes as part of its defense against insects and herbivores. They are produced in small glands called trichomes, which is also where cannabinoids such as THC and CBD are synthesized.

These glands appear as a frosty, white coating on the buds and upper leaves of cannabis plants. If you were to look at these trichomes under a magnifying glass, you might see that they have an almost mushroom-like shape, with a small round head being supported by a narrow ‘stalk.’

As a cannabis plant matures, these trichomes turn from clear to milky white, and eventually to yellow or brown. Marijuana cultivators often use these trichomes as a way to determine when their plants are ready to harvest, with the milky white stage considered the optimal time.

Around 10% of these trichomes are made up of terpenes, with the rest comprising cannabinoids and other compounds such as flavonoids. The specific terpene and cannabinoid composition will vary depending on which strain you choose and its growing conditions.

There a variety of different terpenes in the cannabis plant, and they each have slightly different effects on the body and mind.

Below is a list of terpenes found in high concentrations in marijuana, along with some of their primary benefits.

One of the most bountiful terpenes in cannabis is myrcene. It has anti-inflammatory and analgesic effects and is also a powerful sedative and muscle relaxant. Myrcene is thought to be responsible for the heavy, stoning ‘couch lock’ effect caused by certain strains of weed.

One 2015 study found that myrcene may slow the progression of osteoarthritis by preventing cartilage deterioration.

Another abundant cannabis terpene, caryophyllene may have a protective influence over gastric cells as well as antimalarial properties. Beta-caryophyllene interacts with receptors known as CB2 receptors in the endocannabinoid system to enhance the way that they bind with other molecules such as CBD. For this reason, it has been dubbed a ‘dietary cannabinoid.’

Limonene is most often associated with citrus fruit, but it is a well-known cannabis terpene too. Although it is not the most abundant terpene in marijuana, it does have the highest bioavailability with as much as 70% of the plant’s limonene being absorbed through the lungs.

Limonene is best-known for relieving depression and anxiety. However, it is also believed to possess anti-inflammatory and antioxidant. This is supported by a 2017 study which found that limonene reduced inflammation in rats with ulcerative colitis.

Pinene is the most widespread terpene throughout nature. It is commonly found in conifers and is what gives these trees their distinctive ‘piney’ scent. The benefits of pinene are part of the reason why the practice of ‘forest bathing’ has become so popular in places like Japan.

Pinene is thought to have anti-inflammatory, antioxidant, and neuroprotective effects, and acts as a bronchodilator to relieve respiratory diseases such as asthma. Research has also found that pinene could play a role in the treatment of gastric ulcers.

Linalool is commonly found in lavender, a plant which has been used for centuries to relieve stress and aid restful sleep. Linalool has anxiolytic, sedative, anti-inflammatory, and analgesic properties, meaning that this cannabis terpene is useful in the treatment of anxiety, insomnia, and pain.

Humulene has anti-inflammatory and antibacterial effects. It may also suppress the appetite to aid weight loss.

This lesser-known marijuana terpene has calming, sedative properties and can also be absorbed through the skin. It is also thought to have antimalarial effects.

Cannabis Terpenes and the Entourage Effect

The term ‘entourage effect’ is used to describe the way that the various active compounds in cannabis work together synergistically.

It is widely believed that the combined action of cannabinoids and terpenes is greater than the sum of their parts, and is one reason why full-spectrum CBD oil is thought to be more effective than isolates.

When you consume marijuana, its cannabinoids bind with CB1 and CB2 receptors in your endocannabinoid system. This triggers specific physiological changes which result in the typical cannabis high as well as most of the herb’s therapeutic effects.

We still do not fully understand how terpenes influence the entourage effect. However, we do know that some terpenes bind directly with cannabinoid receptors (for example, beta-caryophyllene binds with CB2 receptors) while others may change the way that THC and CBD act on the endocannabinoid system.

How to Use Terpenes for Cannabis Therapy

To get the most significant benefit from your terpenes, there are a couple of things you have to consider.

Firstly, different strains of weed have different terpene profiles. This is why two strains can be so very different in terms of fragrance and flavor, even though they both belong to the same species. The terpene profile of a particular strain will also influence the effects it produces.

Therefore, it is helpful to know which strains contain which terpenes so that you can choose the most appropriate one for you.

For example, if you are seeking a strain to relieve stress and anxiety, you might opt for a strain which is rich in limonene or linalool. However, if you are looking for a cannabis strain for pain relief, you might choose one which has high levels of myrcene.

Check our quick reference guide for a list of terpenes and where they can be found:

As well as knowing where to find these cannabis terpenes, you also need to know their boiling points. If you smoke weed in a joint or bong, you will be heating it to such a high temperature that all its cannabinoids and terpenes will be combusted.

However, if you are using a vape, you need to choose your temperature settings more carefully. Every terpene is combusted at a slightly different temperature, so you will need to make sure your vape is set high enough to combust the terpenes from which you are looking to benefit.

Our complete guide to the best vape temperatures for weed contains all the information you need to get started.

If you prefer to use cannabidiol products over marijuana flower, you can still enjoy the benefits of terpenes. Just be sure to choose a full-spectrum CBD product rather than one which contains CBD alone.

Why Are Terpenes Important for Cannabis Therapy? Final Thoughts

Terpenes are a vital part of cannabis therapy for several reasons. Not only do they have a range of benefits of their own, but they may also influence the way your body utilizes cannabinoids such as THC and CBD. These aromatic chemicals also affect the scent, flavor, and effects of various marijuana strains.

Choosing the right strain for you is a partly a question of taste. However, it also depends on why you are using cannabis in the first place.

Knowing which marijuana strains are rich in which terpenes is an excellent place to start. If you use a vaporizer, you can also maximize the effects of a particular terpene by setting your vape to the correct temperature. This will help you to customize your high, and help you to get the most out of your cannabis therapy.