Medically reviewed by Dr. Mike Bohl
Written by Dylan Baker, B.S.
7 min read
23 comments
Read Later
All information on this website is for general informational purposes only and is not intended or implied to be a substitute for professional medical advice, diagnosis or treatment.

Interested in using medical marijuana for Parkinson’s? Despite what some media sources may say online, there is no definitive list of the “best cannabis strains for Parkinson’s disease.”

There is, however, plenty of reliable data relating to the potential use of cannabis and CBD to help with Parkinson’s-related symptoms. And indeed, given the variety of effects afforded by the thousands of different cannabis strains out there, Parkinson’s patients may find that one particular type of strain is better suited to their specific lifestyle needs.

This article will discuss what Parkinson’s disease is, how cannabis may help, and what specific strains may be best based on personal and individual needs.

Parkinson’s Disease: What Is It?

Parkinson’s disease (PD) is a progressive nervous system disorder that affects movement and motor control. Symptoms are gradual and often begin with little more than a slight tremor in one hand (asymmetric resting tremor). 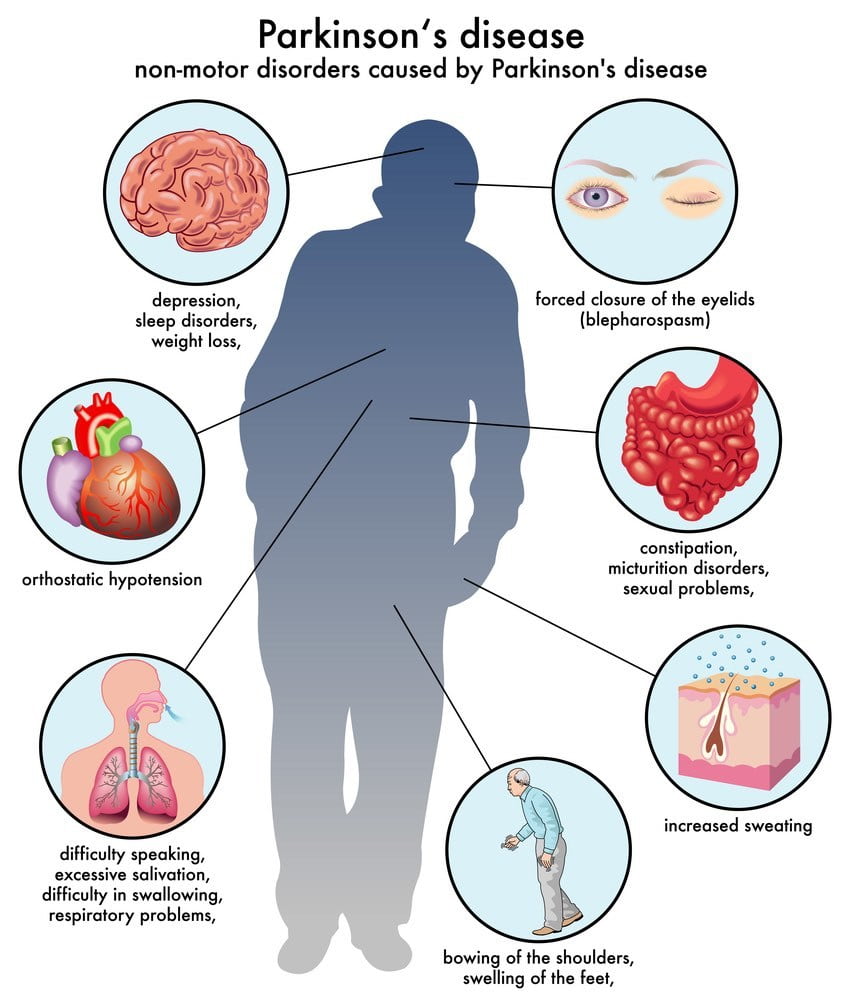 According to the Parkinson’s Foundation, up to 10 million people worldwide live with this condition. It also estimated that 930,000 people in the United States have the disease today. This is more than the combined total of individuals with ALS, muscular dystrophy, and multiple sclerosis. Worse still, the figure may reach 1.2 million by 2030. Around 60,000 Americans are diagnosed with Parkinson’s disease (PD) annually.

Around 60,000 Americans are diagnosed with Parkinson’s disease (PD) annually.

The combined direct and indirect costs of the condition are almost $1 billion per week in the U.S. alone. These costs include treatment, lost income, and social security payments. Medication costs an average of $2,500 per annum, while surgery can cost up to $100,000.

Men are 50% more likely to have Parkinson’s than women. However, 4% of people are diagnosed with it before they reach the age of 50. Although PD is not fatal, it can significantly reduce quality of life, even with proper treatment.

Scientists have yet to discover a single cause they can concretely attribute to the onset of Parkinson’s disease. However, the hallmark of Parkinson’s disease is the loss of neurons in the brain responsible for making the chemical dopamine. Once dopamine levels fall, the result is abnormal brain activity, which may result in Parkinson’s symptoms.

It does appear that several factors may play a role in the early onset of Parkinson’s disease:

There is no specific test that can diagnose PD. Therefore, a neurologist will make a diagnosis based on a review of symptoms, medical history, and physical & neurological conditions.

What Are the Conventional Medical Treatments for Parkinson’s Disease?

Parkinson’s disease is not curable, but medications are on the market designed to help control and manage symptoms. While these drugs can lead to initial improvement, their effect wears off over time. Examples of possible medication options include:

There are also surgical options to help treat Parkinson’s, such as deep brain stimulation (DBS). Like all surgeries, DBS carries risks, such as brain hemorrhage. Few medications provide more than medium-term relief from symptoms. As a consequence, researchers have investigated the potential for cannabis to help PD patients in recent years.

The ongoing scheduling of marijuana means there hasn’t been enough research into the potential impact of cannabis on Parkinson’s disease. However, several intriguing studies have been published which showcase the potential for cannabinoids to help with PD-related symptoms.

In the human body, the endocannabinoid system (ECS) consists of cannabinoid (CB) receptors and their related neurotransmitters. These receptors link to brain cells that regulate a variety of motor and cognitive functions. Cannabinoids are neuroprotective, meaning their activity may help preserve nerve cells against damage.

A 2019 study published in Innovations in Clinical Neuroscience looked at the possible effects of cannabis on Parkinson’s disease. Researchers concluded that cannabis “has been shown to attenuate motor and nonmotor signs and symptoms of PD.” They also suggest that some of the “neurologic manifestations of PD might be alleviated with cannabis products … [though] such assertions are yet to be established in reference to patient-specific factors.”

Another study, published in 2018 in the European Journal of Internal Medicine, claimed that “cannabis therapy is safe and efficacious” for elderly patients looking to address symptoms of various diseases, including Parkinson’s disease. The study also pointed out that over 18% of patients who used cannabis were able to cease use or reduce the dosage of opioid-based painkillers. By the end of the six-month trial period, over 70% of those surveyed reported moderate to significant improvement in their condition.

Lastly, a June 2019 publication in Cureus claimed that cannabis “can be used as an alternative or add-on [treatment] option in adults with PD to help improve overall quality of life.” The authors of the study also reported that medical marijuana “improve[s] both motor and non-motor symptoms including bradykinesia, rigidity, tremor, sleep, and pain,” and that, out of 85 patients with PD, roughly 46% reported general symptom relief.

Pros & Cons of Strain-Specific Cannabis Use for Parkinson’s Disease

For those interested in using medical cannabis for Parkinson’s disease, it’s important to point out that different marijuana strains can produce very different effects in terms of physiological impact and intoxicating potential.

Here, we point out several different types of cannabis strains and the phytochemical-related effects that individuals can expect to feel when using them.

Marijuana for Parkinson’s Disease: Highlighting the Effects of a Variety of Strain Types 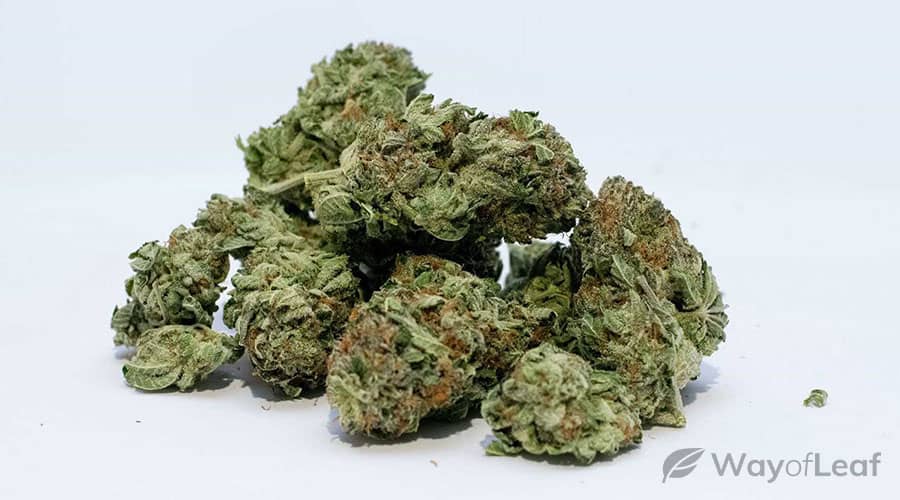 The Kush high is typically gradual, and some users may not even notice it until they are completely relaxed. Kush strains are also known as big appetite boosters. As the high makes its way down the body, many may feel a tingling sensation that eases tight muscles.

All in all, Kush strains are highly sedative strains and are often best used at night. They provide a joyous high that can lighten the mood, relieve stress, and ease tension and spasticity throughout the body.

Citrus strains provide a range of sweet, fruity scents and are known for their aromatic terpene profile. Some popular citrus strains include Lemon Tree, Grapefruit, Clementine, and Pineapple Express. 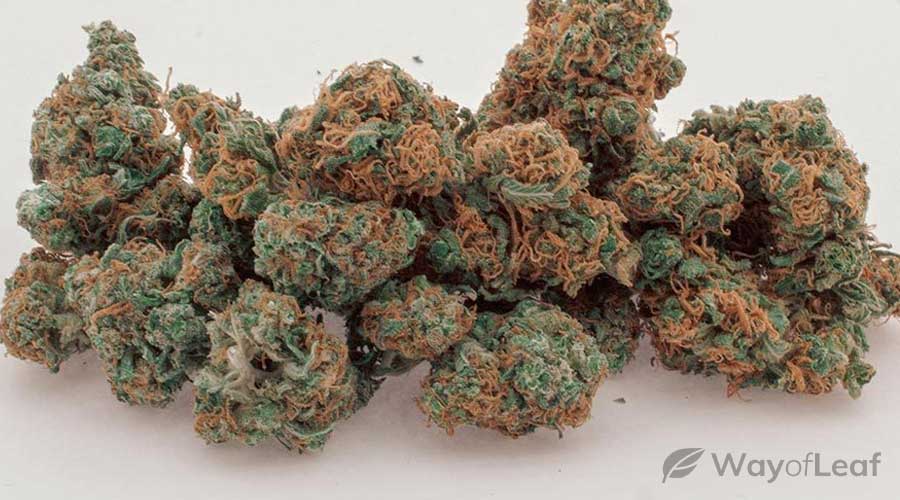 In terms of THC content, citrus strains are rarely recommended for novices. They often boast THC content well over 20%, and many report feeling effects within minutes. These strains produce a euphoric head high, and users may experience a whole-body numbing sensation that helps to soothe the muscles.

Across the U.S., individuals are enjoying increased access to high-CBD cannabis strains, some of which even come from hemp. Hemp strains are high in CBD, but possess THC levels of 0.3% or less; meaning they do not produce a high. Also, since hemp is a legal crop under the 2018 U.S. Farm Bill, CBD-rich hemp flower can quite easily be found and purchased in most U.S. states, without the need for a medical cannabis card. 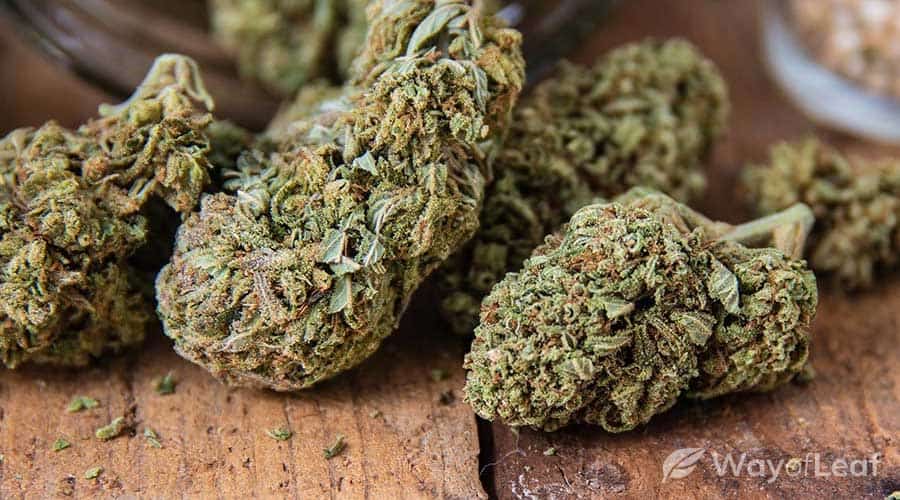 As far as potential use among Parkinson’s patients, CBD is known to possess a variety of therapeutic benefits, including muscle relief, spasticity relief, and help with sleeping. (Again, it’s important to point out that neither hemp nor marijuana is a medically-approved treatment option for PD).

For patients with access to legal medical or recreational cannabis dispensaries, another great medicinal option is strains that boast a roughly 1:1 CBD-to-THC content. 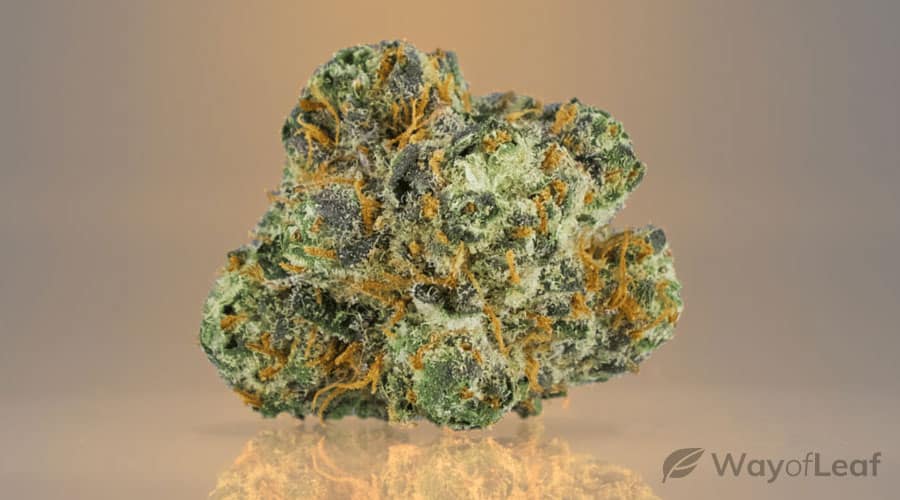 Diesel strains include some of the most iconic landrace strains of all time. These are incredibly potent strains which boast immense mind-altering effects. In combination with the intense high that is produced, however, comes tremendous potential for pain and muscle spasm relief. 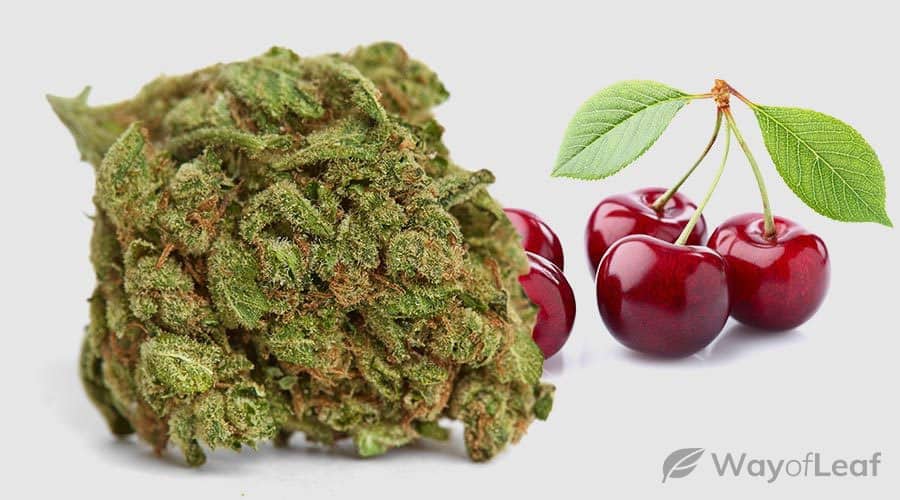 Diesel strains are not recommended for beginner cannabis users – especially those with Parkinson’s disease that have little to no experience using marijuana.

Some popular and easily accessible diesel strains (i.e., “easily accessible” with a medical cannabis card or access to an adult-use dispensary) include Sour Diesel, Sour Chem, and Jack Skellington.

Again, we emphasize that the above list is not a list of the “best marijuana strains for Parkinson’s disease.” Instead, it is simply a list of various strain types designed to help users make an informed decision after speaking with their doctor about the potential for using cannabis for PD symptoms.

Also, we want to make it inherently clear that cannabis does not cure Parkinson’s disease, nor is it an approved medical or clinical treatment option for the condition. However, based on available anecdotal and research data, it’s possible that a variety of cannabis types may help to provide symptom relief and improved quality of life.