The word “landrace” comes from the Danish language and means “origin.” So as you may have already guessed, landrace marijuana strains represent the oldest known cannabis strains. Therefore, landraces are the ancestors of the many different types of hybrids that cannabis consumers enjoy today.

In this article, we will explore the historical and geographical roots of the cannabis plant. We will also look at some of the potential advantages (and disadvantages) of landrace strains over hybrids.

Without a doubt, the vast majority of cannabis strains available today are hybrids. This means that they have been created through selective breeding to produce and preserve particular genetic properties. For example, some hybrids contain:

While having lots of options is a definite plus, it can also be confusing. This is especially true if you are new to cannabis and don’t know what you are looking for. If you’ve browsed the various cannabis strains available, you’ve undoubtedly come across terms such as “sativa” and “indica.” You may even be aware that these are renowned for producing slightly different effects.

However, most of the time, these terms are a little misleading. It is more accurate to use the terms “sativa-dominant” or “indica-dominant” as these strains are often hybrids. The only pure sativa or indica strains are the landrace strains, which are increasingly hard to come by.

So why are landrace cannabis strains so unique? To fully understand this, we first need to take a brief lesson on cannabis history and global geography.

Humans have used cannabis for millennia. Historically, people have used both cannabis and hemp for a multitude of reasons. For example, as a source of food or medicine, as a building material, or to make cloth or rope.

Many believe that the cannabis plant first originated from central Asia. However, because of its desirability due to its many uses, it quickly spread across the globe. 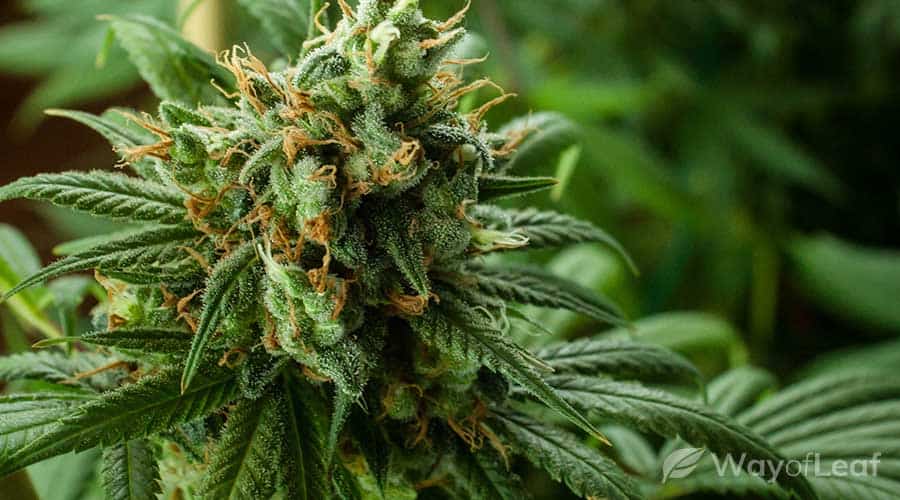 The consensus is that the very first cannabis strains grew in the foothills of the Himalayas. More specifically, in an area that lies on the modern-day Afghan/Pakistan border. Even now, this area is still known for producing prized marijuana strains with a high resin content. Their abundance of resin makes these landrace strains ideal for producing hash.

From there, cannabis quickly spread across Asia. In ancient China, people used the cannabis plant in herbal medicine. Across the Indian subcontinent, it became an integral part of the Hindu religion. Cannabis was introduced to Europe later on (probably by the Scythians, a group of nomadic warriors well-known for their love of marijuana). By the 18th century, landrace cannabis had even made it as far as Australia, spreading worldwide.

By the 18th century, landrace cannabis had even made it as far as Australia, spreading worldwide.

With so many people transporting cannabis from place to place, it is no wonder that it began to evolve as a species. For example, to grow a plant in a warmer climate that traditionally thrived in cold, mountainous conditions, evolutionary changes had to occur. It is likely that this non-selective breeding gave rise to the hundreds of cannabis strains available today.

What sets landrace strains apart from genetically mixed hybrids is their similarity to the ancient marijuana strains.

You may be familiar with the terms sativa and indica and know that these cannabis phenotypes can produce different highs. But did you know that these terms can tell you just as much about where a strain originated?

Generally speaking, sativa strains grew naturally in areas that were closer to the equator. Due to the long, hot summers and lack of water, the plants grew tall and slender, reaching heights well over six feet. They have narrow, delicate leaves and a longer flowering cycle than their indica cousins.

Sativa strains are known for providing an energizing, cerebral high that is great for socializing or sparking your creativity. Some of the most commonly reported medicinal benefits include relieving anxiety and depression and stimulating the appetite.

Indica strains, on the other hand, historically grew in more temperate mountainous areas – further away from the heat of the equator. These plants needed to be hardier to withstand the shorter summers and colder winters of their natural habitat.

They also tend to grow shorter and bushier than sativa strains and usually have much broader leaves. To deal with sudden and drastic seasonal changes, these plants typically have a shorter flowering cycle than their sativa counterparts.

Indica strains are known to produce a relaxing, mellow high, which may be too sedating for some people. Their medicinal uses include managing chronic pain, muscle spasms, and insomnia.

The Difference Between a Sativa and an Indica Strain

For years, it was a commonly held belief that the difference between a sativa high and an indica high was due to differing levels of cannabinoids such as CBD and THC. However, we now know that this is probably not the case. Dr. Ethan Russo, a neurologist, and researcher with a particular interest in the endocannabinoid system, says:

“There are biochemically distinct strains of cannabis, but the sativa/indica distinction as commonly applied in [modern] literature is total nonsense and an exercise in futility. One cannot in any way currently guess the biochemical content of a given cannabis plant based on its height, branching, or leaf morphology.”

In other words, it seems likely that the real reason why sativa and indica strains – even landrace strains that have existed for thousands of years – have such different effects is due to another of the active compounds in cannabis – terpenes.

What Are Terpenes, and What Do They Have to Do With Landrace Marijuana?

Cannabis is, of course, best known for its active compounds called cannabinoids, which include THC and CBD. However, the cannabis plant also contains chemicals called terpenes. Cannabis terpenes may be just as crucial in deciding the effects of a strain as its THC/CBD content.

Simply put, terpenes are the chemicals that determine the aroma and flavor of a particular marijuana strain. They are found in many plants, not just cannabis. It is terpenes that make lemons smell like lemons, pine smell like pine, and so on.

These aromatic compounds are also thought to play a crucial role in the entourage effect. The entourage effect is a theory that cannabinoids are more effective when used in combination with one another than individually.

Because landrace marijuana strains historically grew under harsh conditions, they had to evolve and adapt to their environments over time. This evolution would have affected each strain’s chemical makeup, as well as its growing habits.

Bear in mind; the original landrace strains developed in complete isolation from one another. Consequently, each one went on to produce a unique terpene profile. For example, a Kush strain grew in the high altitudes of the Himalayas. Therefore, it had a different genetic profile from a Hawaiian strain grown in a warmer climate with rich, volcanic soil.

Research has shown that different strains have very different terpene profiles. This possibly could account for the differences in high — as well the variation in potential medicinal benefits. Regardless, all of today’s strains are descendants of the original landrace strains that grew globally in different geographical regions.

All of the indica landrace strains come from Central Asia. This part of the world is believed to be the original geographical home of the cannabis plant. Some of the most popular include:

If you want to try landrace cannabis, these iconic strains are a great starting point. However, marijuana grown away from its natural habitat will likely be different than its original ancestors. Modern-day landraces will probably have a slightly different cannabinoid and terpene profile than their ancient predecessors.

You would need to go back to the landrace strain’s original source for a truly authentic experience. However, considering the geographical location of many of these places, this may not be feasible.

Landrace cannabis strains ultimately evolved and developed naturally based on the idiosyncratic conditions of their particular habitat. They contrast sharply with modern-day hybrids that are a result of artificial/selective breeding practices. Therefore, landraces are the only strains that can be considered 100% sativa or indica.

If you are looking for a genuinely natural cannabis experience, then you can’t do any better than trying a landrace marijuana strain. And if you are a grower, why not choose a landrace for your next crop? You will get to experience a little bit of cannabis’ rich history and help to keep these landrace strains alive.