Medically reviewed by Lynn Marie Morski, MD, Esq.
Written by Editorial Team
5 min read
6 comments
Read Later
All information on this website is for general informational purposes only and is not intended or implied to be a substitute for professional medical advice, diagnosis or treatment.

Unlike acute pain, which is classified as temporary, chronic pain is typically defined as any pain that lasts for longer than 12 weeks. For most people, chronic pain is something that causes a reduction in their quality of life.

Over-the-counter (OTC) drugs for pain are relatively cheap and easy to access. Research from the Consumer Healthcare Products Association (CHPA) found that 81% of Americans used OTC drugs as a first response to minor ailments.

Over 90% of physicians believe OTC drugs are safe and effective according to the CHPA, but are they right? Many OTC painkillers, like ibuprofen, can have negative effects on the stomach and kidney.

Partially because of these risks, an increasing number of Americans are ditching their OTC drugs in favor of cannabis to handle day-to-day conditions. Marijuana and cannabinoids, such as THC and CBD, are used to address several conditions, such as multiple sclerosis, depression, and severe anxiety. Let’s take a closer look at this trend and check out the science behind it.

THC for General Day-to-Day Pains: How Practical Is It?

Medical marijuana is legal in a majority of states and is available recreationally in a number of other states. It is possible for those living in a legal state to consume THC via smoking, vaping, or using an edible. Regardless of the method, it is unwise to try to use THC in any significant dose close to work time.

Imagine two people: one of them has painful rheumatoid arthritis (RA) joint inflammation, and the other a severe migraine. The RA patient takes 5mg of hydrocodone (an opioid painkiller). Meanwhile, the migraine sufferer takes three ibuprofen tablets to relieve his severe headache.

In the RA sufferer’s case, the hydrocodone acts by blocking the pain transmission in the brain. It does nothing to reduce inflammation in the joints. The ibuprofen works by inhibiting the formation of prostaglandin at the site of inflammation. It physically reduces the inflamed tissue responsible for the migraine pain. However, it could also inhibit protective prostaglandins in the digestive system and kidneys. Over time, this can cause serious health risks (such as stomach bleeding and kidney damage).

What If They Use THC Instead?

In the case of the rheumatoid arthritis patient, the active cannabinoid travels to the specific joint inflammation site. There, it links up with naturally-occurring cannabinoid receptors in the synovium (the tissue layer responsible for causing arthritis pain) and physically reduces the inflamed tissue.

Likewise, in the migraine sufferer, the THC will initiate a pain modulating response, generally without negatively affecting or disturbing the stomach or kidneys.

Cannabis is different from other conventional pain medications in that it acts on a whole-body homeostasis system.

Homeostasis refers to the balance of systems within the body. THC works on homeostasis through physiological manipulation of the endocannabinoid system or ECS. The ECS is a system of cannabinoids and cannabinoid receptors that exist naturally in the body. This system works to regulate various functions, including pain, memory, and appetite.

These naturally-occurring cannabinoids and their receptors have been found in cells throughout the human body, from the T-cells that initiate an immune response to pancreatic cells that produce insulin for blood glucose regulation.

Dr. Dustin Sulak is a prominent physician in the field of whole-body cannabis use. He has described the endocannabinoid system as “perhaps the most important physiologic system involved in establishing and maintaining human health.” This is due to the role it plays in maintaining homeostasis, the body’s ability to maintain stable internal conditions despite “fluctuations in the external environment.”

THC as a Day-to-Day Treatment

There is a growing level of research into cannabis, primarily THC and CBDs’ impact on major medical conditions. While much research still needs to be done, some studies have uncovered promising results. 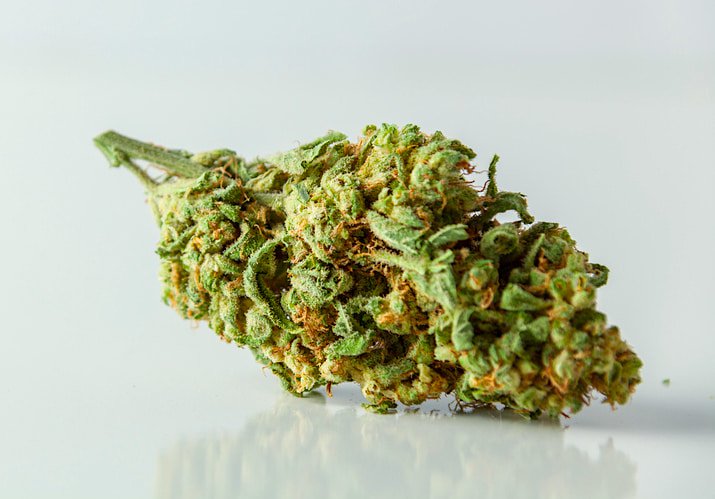 According to legend, Queen Victoria, the long-reigning English monarch, used cannabis to deal with menstrual cramps pain. Apparently, her physician, Sir J. Russell Reynolds, sourced the marijuana on her behalf. But can THC offer relief from menstrual cramp pain?

A study by Ethan Russo, published in the British Journal of Pharmacology in August 2011, looked at the entourage effect. This theory suggests that cannabinoids and terpenoids work better together.

While THC can act as a pain reliever, CBD works as a muscle relaxant. Therefore, cannabis could potentially block the pain associated with cramps but may even help prevent their onset.

Those with menstrual cramps may find relief by applying a topical cannabis product, such as a cream, to the lower abdomen.

Unless a person uses a very large amount of cream, they shouldn’t experience psychoactive effects. If consumed, they may also find that marijuana’s muscle-relaxing properties help as well.

To date, there has been little research into the effects of cannabis on dental issues. THC and CBD have anti-inflammatory and pain-relieving properties. Therefore a combination of THC and CBD could prove useful for individuals with toothaches.

Cannabis is widely used to manage conditions such as multiple sclerosis, where muscle stiffness is one of the main symptoms. In a 2012 study, published in the Journal of Neurology, Neurosurgery, and Psychiatry, a marijuana extract helped ease the muscle stiffness associated with MS.

Patients with the condition received a THC extract or a placebo for two weeks with maintenance doses for a further ten weeks. Those who took oral cannabis had a rate of relief from muscle stiffness after 12 weeks, almost twice as high as those on the placebo.

In their review, “Cannabinoids as novel anti-inflammatory drugs,” Nagarkatti et al. found that, “several studies showed that cannabinoids downregulate cytokine and chemokine production and, in some models, upregulate T-regulatory cells (Tregs) as a mechanism to suppress inflammatory responses.”

The researchers concluded their review by stating that “overall, cannabinoids have exhibited significant potential to be used as novel anti-inflammatory agents.”

A National Safety Council report found that up to 43% of Americans admit being too tired to function at work properly. Could cannabis help with this as well? Well, while marijuana is often associated with causing drowsiness, that is only true for certain strains.

Indica-dominant cannabis strains are often linked with improved sleep, but each strain’s terpene content plays a role in how sedating even the different indica-heavy strains can be. Sativa-dominant strains usually contain higher levels of energizing terpenes and fewer sedative ones.

For individuals who are always tired and have issues sleeping, an indica-dominant hybrid with ample myrcene is a solid option. However, strains such as Sour Diesel, Green Crack, or Durban Poison can be useful for a burst of energy.

Over-the-counter medications are cheap, easily attainable, and may provide short-term relief. However, they generally do nothing to help the cause of pain in the long-term, and overuse may cause medical issues later on.

If it is practical and legal, consider microdosing marijuana to see if its THC and other cannabinoids can do the trick.