Written by Patrick Lynch, M.A.
6 min read
5 comments
Read Later
All information on this website is for general informational purposes only and is not intended or implied to be a substitute for professional medical advice, diagnosis or treatment.

#4 is an absolute must-try…

You potentially have an alcohol use disorder if you display any of these symptoms: Alcohol addiction is an insidious thing that can sneak up on a person. You can gradually develop from social to problem drinker with little in the way of warning signs. Even as the signs slip through your radar, they are also ignored by those around you.

WebMD has published a long list of warning signs and says that you may have an issue if you have displayed up to three of them in the last year. You have a moderate disorder with 4-5 symptoms and a severe disorder if you have six or more.

Alcoholism is just one of a wide range of addictive disorders. Addiction to opioids or other prescription drugs is well-known, as is an addiction to gambling. The Addiction Center recently published a list of disturbing addiction statistics: 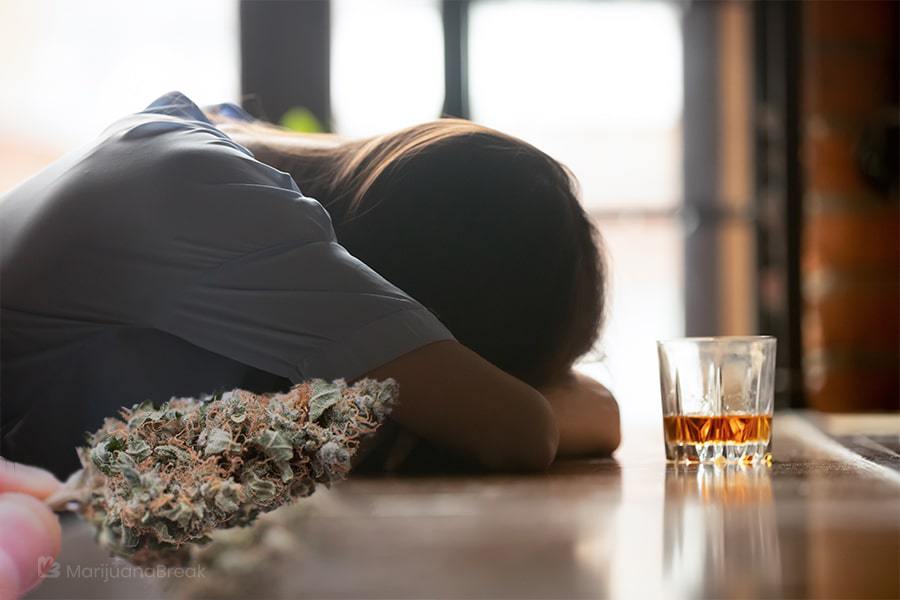 For decades, physicians and the public assumed marijuana was addictive. Therefore, it seems strange and risky to assert that weed can help quell addiction. However, a variety of studies show that that weed is significantly less addictive than alcohol, nicotine, and several other illegal drugs such as heroin or cocaine.

A review by Prud’homme et al., published in Libertas Academica in April 2015, looked at CBD as “an intervention for addictive behaviors.” It analyzed a variety of studies relating to how CBD affects addicts. The review concluded that CBD “acts on several neurotransmission systems involved in addiction.” Ultimately, the researchers recommended further study to evaluate the potential for the cannabinoid to help those with addiction.

Other studies show how cannabidiol could potentially reduce addictive tendencies. One of the most pertinent studies to date was published in Neuropsychopharmacology in 2018 by Gustavo González-Cuevas et al.

In the study, the team gave alcohol and cocaine to rats and ensured they became addicted to these substances. Then, they injected the rats with CBD, and, over time, their systems were less likely to relapse into drug or alcohol abuse, even when tempted with these substances.

Hurd et al. published a study of how CBD can help heroin addicts in the American Journal of Psychiatry in November 2019. The team found that CBD helped reduce cue-induced cravings and anxiety. It concluded that the cannabinoid’s potential forms a strong basis for further investigation to treat opioid use disorder.

With the news that CBD is possibly a useful compound against drug and alcohol use, we present five of the best marijuana strains for alcoholism and addiction.

1 – Ringo’s Gift (This Marijuana Strain has Nothing to do with the Beatles!)

This is no doubt one of the most-loved CBD-rich strains around. It is a slightly sativa-dominant (60%) hybrid, although it acts as a balanced one. It has a CBD content of between 15% and 24% with 1% THC. Ringo’s Gift is a cross between ACDC and Harle-Tsu and is named after the late marijuana activist Lawrence Ringo. 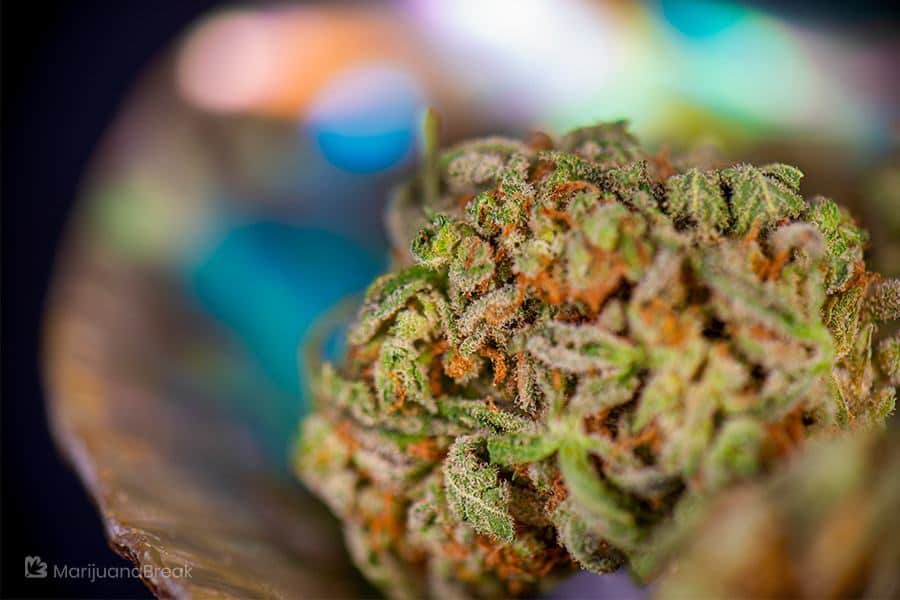 When you use Ringo’s Gift, you will feel a combination of cerebral activity and full-body relaxation. It begins with a slight head high, and soon you’ll feel happy, chatty, and extremely sociable without reaching for alcohol or hard drugs. Eventually, your body will become soothed, and you’ll likely feel like lying on the sofa until the wee hours of the morning.

The exceptionally high CBD to THC ratio means you will remain in control of your senses at all times. Ringo’s Gift is a strain commonly recommended for chronic anxiety and is a great way to curb your destructive appetites. 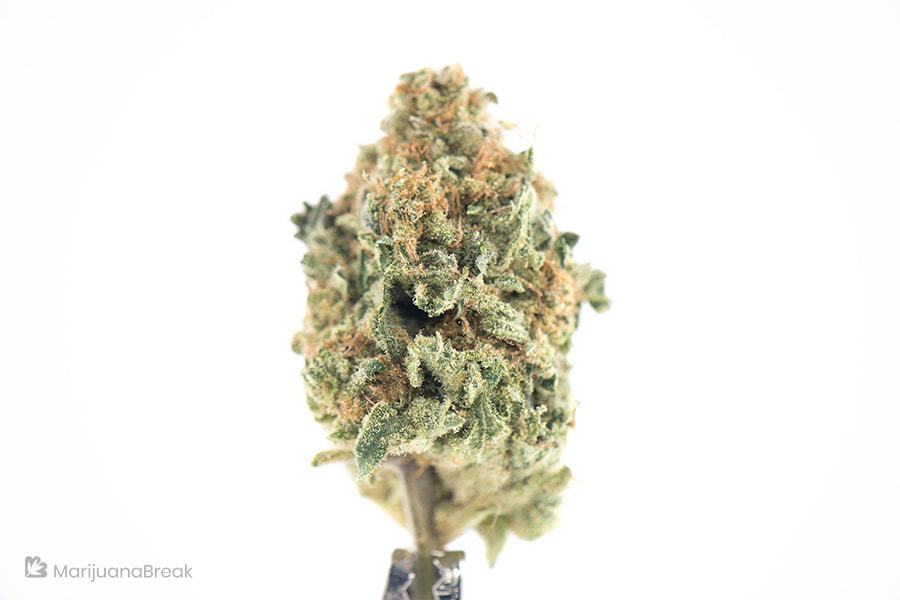 There are hundreds of hybrid strains available now, and most of them fail to capture the public’s attention. It seems as if Super Sour Widow is a strain that has also flown beneath the radar. An astonishing fact since it is a fantastic CBD-rich strain packed with THC.

In fact, with a THC content of up to 18%, most users assume that SSW severely impacts your senses. However, the 11% CBD ensures you don’t suffer many adverse side effects. It is a cross of White Widow and Super Sour Diesel and offers an intense cerebral buzz almost straight away. The euphoric high wipes out your stress and enables you to relax and not seek alcohol.

Despite the high CBD content, which limits the high, Super Sour Widow is not for newbies and is best used in sensible doses. Its pungent odor has a hint of fuel, which is also present in the taste. Amazingly, this strange concoction works well, and most users are satisfied with the experience. Super Sour Widow is one of the best strains for depression, addiction, and other mental health issues.

3 – Pennywise (Don’t Be Afraid of This Marijuana Strain!) 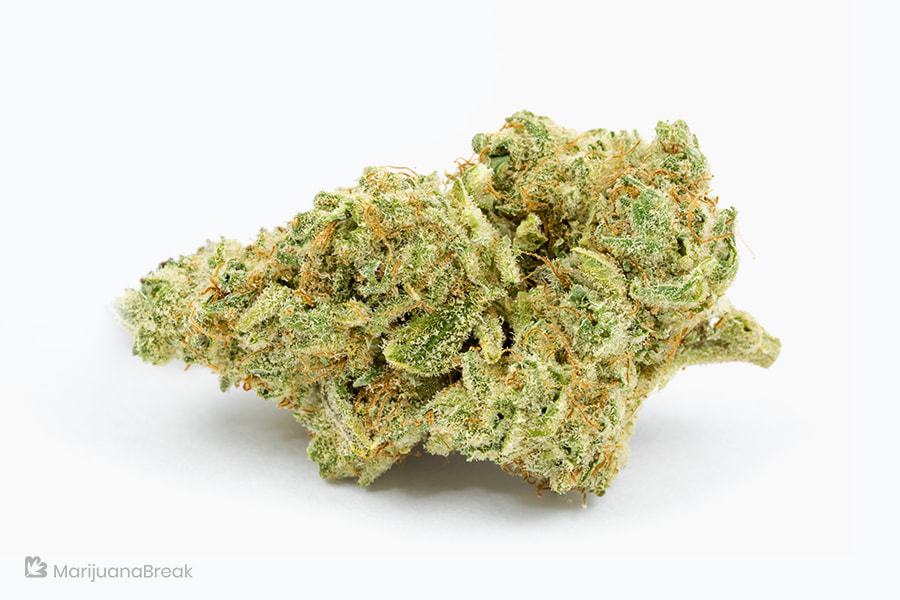 Pennywise is the name of the evil clown from Stephen King’s “It,” but nothing is terrifying about this marijuana strain. It is an indica-dominant (80%) strain with an almost 1:1 CBD to THC ratio. Typically, the Pennywise strain has between 12% and 15% of each. As a result, you get a little high but not to the point where you become intoxicated.

Pennywise is a cross of Jack the Ripper and Harlequin. TGA Subcool Seeds probably created it. It took them years to develop a high CBD strain that still packs a punch, but they finally succeeded in this worthy goal. When you use this strain, you will feel a mild cerebral buzz and a sudden uplift in mood.

Otherwise, you feel calm and composed, and soon enough, the body high takes over and compels you to relax. Its sweet scent carries a hint of coffee with it, but it has a relatively strong lemon taste. There is a chance that Pennywise will cause minor dizziness, but there is nothing to worry about.

4 – Stephen Hawking Kush (The Marijuana Strain Named After a Genius) 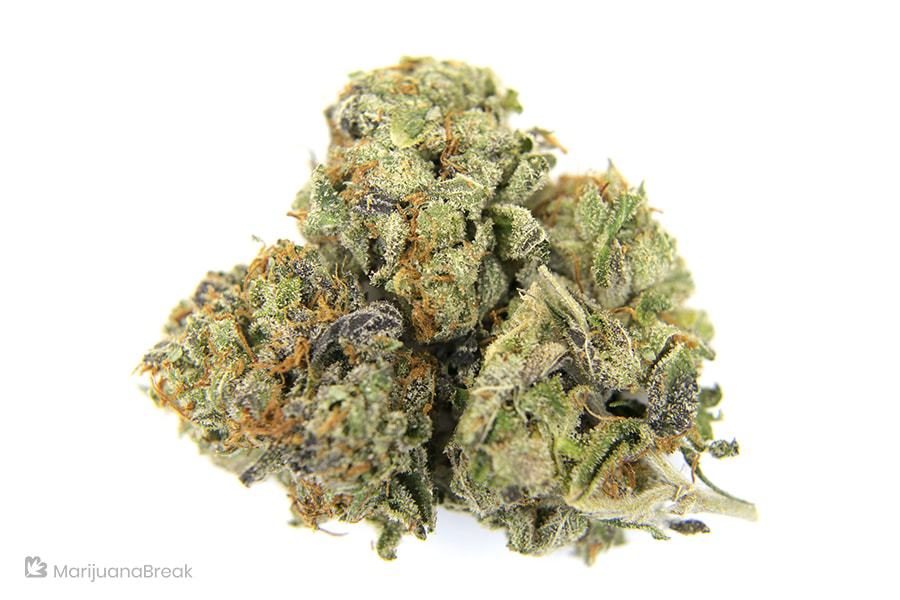 When a breeder names a strain after someone as legendary as Stephen Hawking, you are expecting something special, and SHK does not disappoint. It is an indica-dominant strain from Alphakronik Genes and has a CBD to THC ratio of 1:1 in most cases (although you can find strains with a 5:1 ratio.)

Stephen Hawking Kush is a cross of Sin City Kush and Harle-Tsu, and there are three known phenotypes of this strain. On average, you can expect around 5% THC and 5% CBD, making it ideal for inexperienced cannabis users. Most users experience gentle euphoria that doesn’t overpower them. You should feel mellow and extremely relaxed after a few tokes.

SHK has a woody and earthy aroma, but the berry, cherry, and citrus taste make it a delight to sample. It is ostensibly a medicinal strain, so don’t expect to get mind-meltingly high. The high level of CBD ensures that you don’t suffer from side effects such as heightened anxiety or paranoia. Stephen Hawking Kush is a real gem, and it could even help you sleep.

5 – ACDC (This Marijuana Strain Will Leave You Thunderstruck) 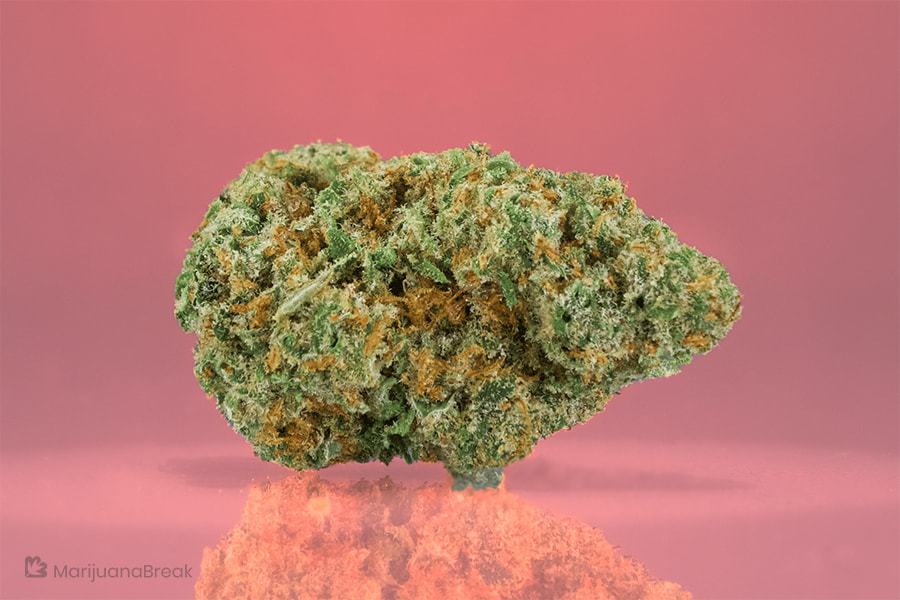 If you consume ACDC, don’t expect a heavy metal experience! It contains just 2-6% THC on average, and roughly 16-24% CBD. Resin Seeds bred this balanced hybrid. It is a phenotype of Ruderalis and Cannatonic. To date, ACDC has won a variety of High Times Cannabis Cup awards.

Even if there was little in the way of CBD, it is unlikely that ACDC would help you get high. As it stands, you should experience full-body relaxation rather than the cerebral high associated with THC-heavy strains. Despite this fact, ACDC does elevate your mood, and users claim that they feel more focused and energetic.

ACDC has a sweet citrus taste and smell, with a slight skunk and pepper aftertaste. If you use this strain, make sure you drink lots of water, or you risk dehydration. If you are suffering from addiction, ACDC is an excellent choice because it helps you relax and stay calm without offering a psychoactive experience. As a result, you have no urge to ‘chase the high,’ which can sometimes lead to alcohol or narcotics abuse.

Final Thoughts on the Best Marijuana Strains for Addiction Control

For a long time, we ignored marijuana as a possible treatment for alcohol and drug abuse. The prevailing wisdom was that it would only be a case of swapping one addiction for another. However, recent research suggests that cannabis is not only less addictive than hard drugs and alcohol – it is also less addictive than caffeine!

Moreover, there are now studies that suggest it is possible to use weed to curb addictive tendencies. Most pertinently, there is a prevailing belief that marijuana could help wean opioid addicts off their deadly medication. Research is still ongoing, so in the meantime, we recommend using high-CBD strains if possible.

Cannabidiol potentially offers the same alleged benefits of THC without the psychoactive high. It tends to improve your mood and relax you without side effects such as anxiety and paranoia.