Written by John Killerlane, B.A., HDip
3 min read
0 comments
Read Later
All information on this website is for general informational purposes only and is not intended or implied to be a substitute for professional medical advice, diagnosis or treatment.
Jack Skellington Strain Overview
The Jack Skellington strain gets its name from the Pumpkin King character from Tim Burton's The Nightmare Before Christmas. This potent strain is refreshing and invigorating, making it a great morning wake-and-bake option. It offers an uplifting high, as well as energizing effects. 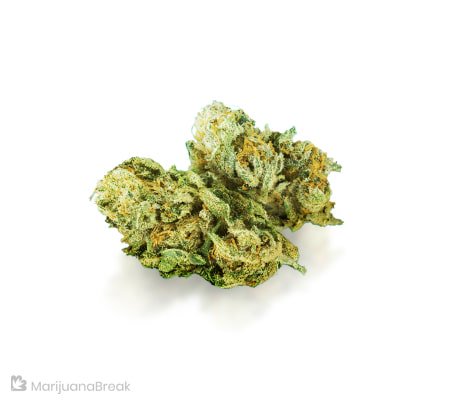 The Jack Skellington strain is named after the main character from the Tim Burton movie, The Nightmare Before Christmas. However, rather than giving you nightmares, this invigorating strain will keep you wide awake – for all the right reasons. It provides energizing, uplifting effects, and is much better suited to daytime rather than nighttime use.

What Is the Jack Skellington Strain?

Jack Skellington weed is a sativa-dominant hybrid. It is a TGA Subcool Seeds creation and a cross of Jack the Ripper and Killer Queen. Like its parent strain Jack the Ripper, the Jack Skellington strain can cause users to experience visual distortions. Its other parent, Killer Queen, is a cross of Cinderella 99 and G13 that’s known for offering mental clarity and a feeling of invigoration.

Due to Jack Skellington’s energizing effects, it has become a firm favorite amongst cannabis consumers that like to wake and bake. After the initial uplifting high, many users experience a slightly more intense cerebral effect. Far from causing fogginess, however, Jack Skellington can actually help to sharpen one’s focus. Some users even say it makes them think more creatively and helps them to be more productive.

Jack Skellington users also say the strain can induce mild psychedelic effects, causing their perception of auditory and visual stimuli to become heightened. In addition to these cerebral effects, Jack Skellington also energizes the body. Given the stimulating nature of its effects, this is definitely a strain that’s best-suited to morning or afternoon use.

Jack Skellington marijuana has a pungent odor that may not be to everyone’s liking. The flower unleashes a strong smell of earth and fuel, which will saturate any room immediately. When you break open the nugs, however, it often releases a pleasant citrus and even mildly fruity scent.

Jack Skellington’s alluring aroma provides a good indication of how it tastes. However, while its taste is similar to its aroma, it is not as strong. It offers fruity and sweet notes coupled with a citrus and tangy taste on the exhale.

Jack Skellington’s buds are large and resinous. Despite the frosty layer of trichomes, it’s a bit surprising that the strain’s THC content isn’t higher. (We’ll discuss this below in the ‘THC Content – Highest Test’ section).

After buying Jack Skellington seeds, it is time to decide how you want to grow it. It is important to note that this is a sativa-dominant hybrid, and has the typical structure of such a plant. This means it will grow tall, but it can also grow reasonably wide.

You can grow Jack Skellington either indoors or outside. It is an unusual sativa insofar as its flowering period is akin to an indica at just eight weeks. Make sure the plants get plenty of sun, and also be sure to never expose them to frost. Outdoors, the Jack Skellington strain can yield around 12 ounces of flower per plant. 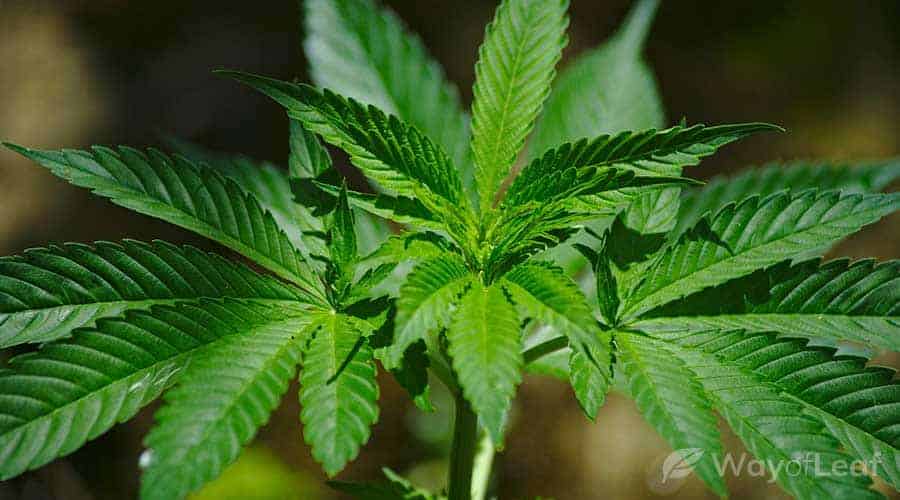 In general, most people prefer to grow Jack Skellington indoors. You can go down the traditional route of growing it in soil, but if you’re trying to boost overall yield, it could be worth using a hydroponics setup. The strain is known to respond well to the popular Sea of Green (SOG) training method.

Lastly, as Jack Skellington grows tall, it is essential to top it early and often to keep its vertical growth under control. Also, its unusually fast flowering time means you can enjoy multiple indoor harvests in a year.

Jack Skellington’s THC content generally ranges from 12% to 15%, though some samples can have up to 19%. Most experienced cannabis users should find this THC level very manageable, as long as they consume the strain in moderation.

Although the strain isn’t as potent as its parent strains, users may experience adverse reactions if they over consume. Some possible side effects include headaches, dizziness, and paranoia. However, when used in moderation, Jack Skellington’s most common side effects are just like any other strain of cannabis – dry eyes and dry mouth.

Fans of the Nightmare Before Christmas movie will likely be drawn to the Jack Skellington strain. If you’re wondering about what it has to offer, then rest assured, you do not need to be afraid. This is an uplifting and energizing strain that provides users with euphoric effects.

As a result, it is a popular option among cannabis consumers that like to wake-and-bake.

While its THC level isn’t as high as other potent hybrids, the strain still induces a strong psychedelic experience. Expect your perception of visual and auditory stimuli to become tangibly altered.