If you are a marijuana consumer, you might find that the plant increases your level of dopamine in the short term. The result is a wonderful feeling of euphoria where you believe just about anything is possible. Things are more humorous (almost everything in fact) and you feel at ease with yourself and the world.

However, new research has revealed something disturbing: long-term, heavy marijuana usage could reduce your levels of dopamine. Low dopamine levels are associated with a variety of medical issues including depression, fatigue, and mood changes. This is big news as an estimated 78 million Americans have tried marijuana – 55 million in the last year and almost 23 million in the last month. More importantly, of the 9.5% of adults that admitted marijuana use in a 2014 National Survey on Drug Use and Health, about one-third reported marijuana addiction symptoms. 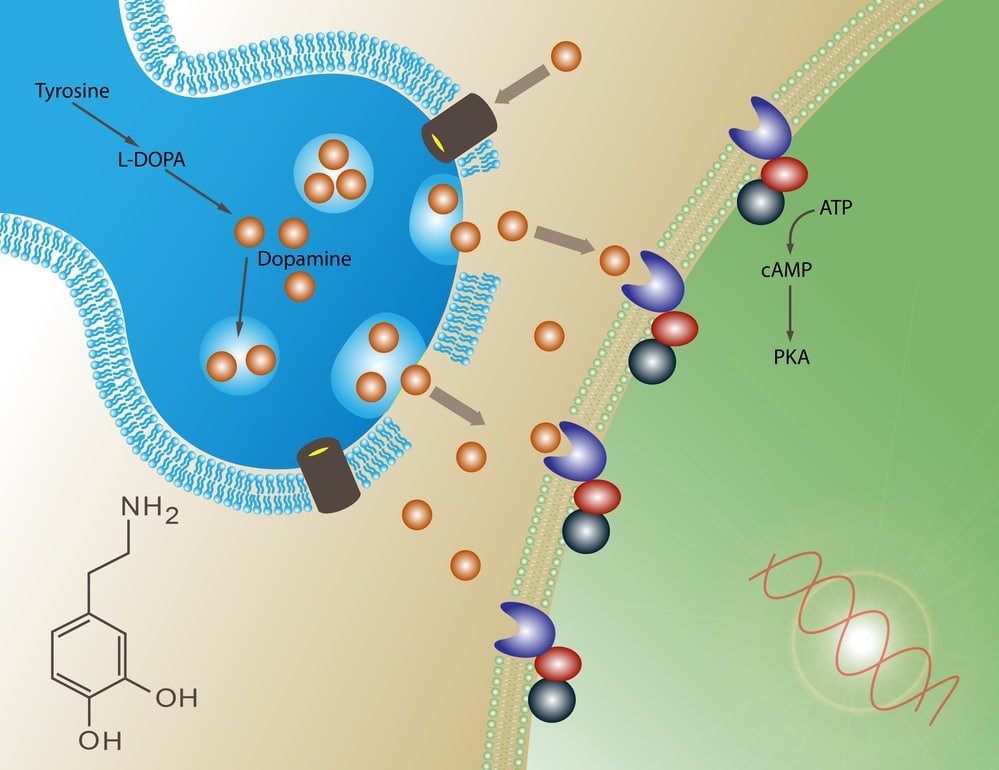 Although dopamine has been studied for over 60 years and has been the subject of an estimated 110,000 research papers, it is still a source of disagreement amongst neuroscientists.

Dopamine is a neurotransmitter that acts as a chemical messenger and transmits signals between the brain’s neurons (or nerve cells).

There are different neurotransmitters in different parts of your brain, and there are two main areas of the brain that produce dopamine: the ventral tegmental area and the substantia nigra. The actual combined area of these brain parts is less than the size of a postage stamp, but they produce dopamine which relays the signals that ultimately travel through the brain.

Once the brain cells that make dopamine die off, the result is a raft of problems. For example, drug addiction and Parkinson’s disease have both been linked to a lack of dopamine. Thus, many Parkinson’s patients have to take a drug in order to increase their dopamine levels so they can move about normally.

How Are Marijuana & Dopamine Linked? 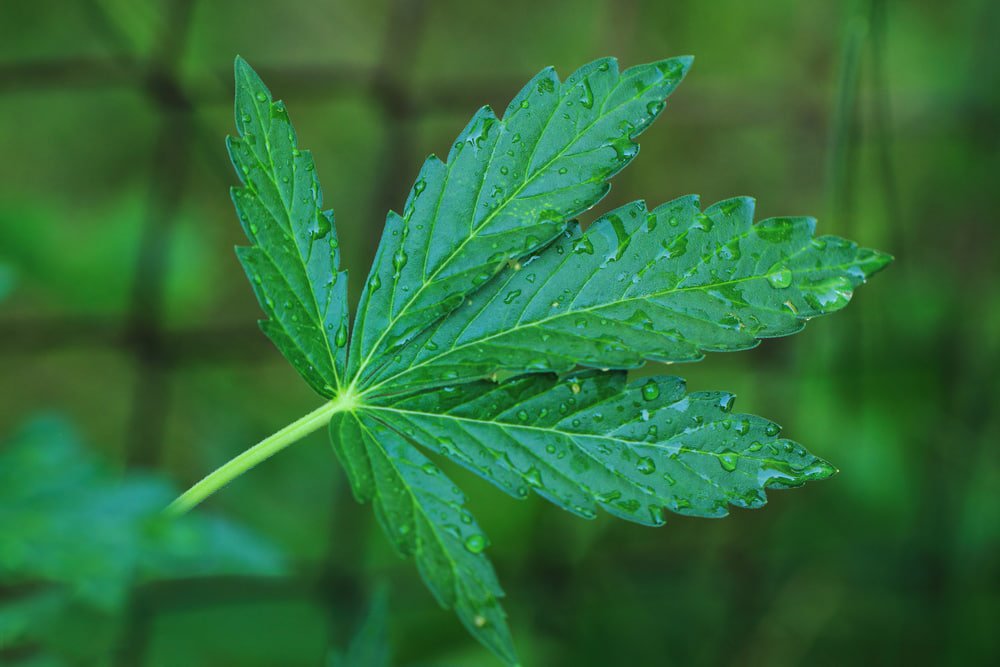 Dopamine is the chemical responsible for activating the pleasure centers in your brain. When you smoke marijuana in the short-term, have sex, or eat/drink something you love, the pleasure you feel is caused by heightened dopamine production. The reason why illicit drugs are so addictive is that they activate this pleasure pathway, and you become hooked on the sensation before you even know it.

Endocannabinoids (the cannabinoids that are produced naturally by the body) play a huge role in our daily functions. A 2013 study by Dubreucq et al., for instance, looked at mice that had been born with no cannabinoid receptors. The researchers found that these mice used their exercise wheels up to 30% less often than healthy mice.

Marijuana Is Awesome for Dopamine Production in the Short-Term

Additional studies show that THC is more effective than CBD in terms of positively impacting dopamine in the short-term. A 1997 study on rats by the author French discovered that THC – the psychoactive compound of cannabis – stimulated dopamine neurons in the midbrain. It took almost 20 years for a study to show the same effects on humans, but the recent 2016 study by Bassong et al. accomplished exactly that.

French also conducted a similar study using CBD instead of THC, and found that there was no evidence of cannabidiol increasing the dopamine in reward pathways. In simple terms, the effect of THC on dopamine explains why you feel so good during and after a smoke. Overall, the new research suggests that marijuana users might want to cut down on use or risk long-term dopamine damage.

Does Marijuana Cause a Long-Term Reduction in Dopamine?

While the strongest body of evidence has appeared only recently, there have been studies on the effects of long-term marijuana use on dopamine for decades. A 1998 study by Jentscha et al. discovered that regular weed usage over a long period reduced the level of dopamine in the brain’s prefrontal cortex. This area of the brain is associated with complicated tasks such as memory, planning, and decision-making.

It was a 2016 study led by Professor Oliver Howes, however, that dropped the dopamine bombshell. While other prior studies had found links between heavy long-term cannabis use and anxiety, depression, and schizophrenia, researchers were unable to pinpoint the causes of these associations. Howe and his team believed they found the answer when they reviewed a host of previous studies on how THC affects the brain.

The authors of the study concluded the review by suggesting:

Moreover, they went on to say:

“these include increased nerve firing and dopamine release in response to acute THC, as well as dopaminergic blunting associated with long-term use.”

According to the authors of the study, the findings explain why long-term weed users are at greater risk of suffering from mental health problems. Howes was also critical of animal studies, saying they are far too short to offer any real insight. The team was also concerned about the existing gaps in marijuana research, particularly in regard to a lack of studies on what happens to our dopamine system once we stop using marijuana.

Final Thoughts on Marijuana and Dopamine

While it is important not to panic when hearing about the latest research surrounding the link between marijuana and long-term dopamine reduction, it should provide weed smokers with plenty of food for thought. We always advocate smoking responsibly, and this review of a long list of studies should only serve to strengthen our warning.

The bottom line is, it will take years of research on human patients before these findings can be either confirmed or questioned. What we do know, is that studies on animals are all but useless since they take place over a period of weeks and not years. For now, we will wait with bated breath to find out what else the scientific community has to say about marijuana’s link to dopamine.