Did you know that more than 3 million adults in the United States alone suffer from Glaucoma? So much so, it is in fact considered the second leading cause of blindness, and the most common cause of blindness in individuals over the age of 60 years old.

Glaucoma is incredibly uncomfortable and can become severely debilitating if left untreated, so it is vital for people, especially those over the age of 50, to recognize the possible signs of this medical condition, and to act fast if they believe they may be experiencing some of them.

If you are already someone that deals with Glaucoma, marijuana might be able to assist you with some of the frustrating and even painful symptoms you might be experiencing. In this educational article, we will cover all of the important information regarding Glaucoma, as well as 5 powerful marijuana strains that may help patients who suffer from this disease.

Glaucoma: What is this Condition?

Glaucoma is a serious condition that takes place within the eyes, which can eventually lead to blindness in one or both eyes if left unrecognized and untreated. It is said to be preventable if addressed quickly and efficiently, but often times once the damage has been done from Glaucoma, there is little that can be attempted to reverse it. That is in part why it is so vital to know the signs and watch out if you are experiencing any of them. On an anatomical level, what is occurring within the eyeball or eyeballs if one has developed or is developing Glaucoma, is primarily damage to the optic nerve. This valuable optic nerve is the part of the eye that is connected to the brain and transmits images from the outside world to the mind. If eye fluid begins to build up within the frontal portion of the eye, such grave pressure can occur that the optic nerve becomes damaged.

There are two primary categorizations for Glaucoma, each type varying slightly from the other. The most common and frequently occurring type is known as primary open-angle Glaucoma, which typically forms gradually, because the eye naturally is not draining fluid as well as it should be, resulting in an over time clogging and buildup of fluids, which can damage the important optic nerve of left alone to worsen. The scary thing about this form of Glaucoma, is its lack of noticeable symptoms. For example, as this form of Glaucoma is beginning to on set, most likely you will feel no pain and few signs of blindness developing. Furthermore, certain people are prone to sensitivities even with normal levels of eye pressure, so they are at more risk of optic nerve damage if their fluid pressure does become slightly stronger than average. The best way to prevent the development of this form of Glaucoma, is to have regular eye examinations, in which your ophthalmologist will conduct a test to search for possible signs of damage to the optic nerve or a buildup of pressure.

The second main form of this medical condition, is referred to as angle closure Glaucoma, also known as closed-angle Glaucoma. This type is slightly more serious and less frequent, but must be treated immediately, otherwise it can become too late. All eyes have a drainage angle in which natural fluids are removed from the eyeball, but when one’s iris is too close set to the drainage angle, it can act as a blockage to the drain, much like a thin layer of paper blocking the drain of kitchen sink. With time, these fluids can build and build up, and at some point the excess pressure might just send it over the edge, causing damage to the optic nerve. If the drainage angle becomes completely blocked, the pressure can build extremely quick, which is a real emergency and requires immediate medical attention. Because the drainage angle often does not become fully blocked immediately, an individual could begin developing this form of Glaucoma slowly, until suddenly one day they have a serious attack, which can cause a downwards spiral of negative results if not addressed right away.

Causes and Symptoms of Glaucoma

In all honesty, the cause of Glaucoma is not exactly very well understood, however, it is believed that the onset of this condition is primarily developed because of a genetic predisposition, so likely the disease is inherited from a family member or ancestor. Glaucoma has a tendency to not show itself until later in life likewise. Due to these facts, it is not exactly possible to avoid acquiring this medical condition, but it is in fact possible to know the signs if you happen to be one of these individuals, and quickly manage the circumstance with the help of a qualified professional who has dealt with plenty of these cases before and knows what actions to take.

Although sometimes symptoms do arise for individuals developing Glaucoma, more commonly there are no signs of the condition, which is why having regular eye exams is so immensely important, especially if you have a family history of the disease, or have diabetes. Those with a possible predisposition or diabetes, especially when over the age of 40, should get a new exam conducted every year, and all other individuals every 1-2 years. Sometimes, symptoms do arise from angle closure Glaucoma, and these typically involve sudden eye pain, vision blurring, vomiting, witnessing rainbows or halos around lights, loss of peripheral vision, extreme headaches or nausea. If you get regular eye exams and watch out for these symptoms, Glaucoma should not be anything to worry about, even with a predisposition to this medical condition.

Conventional Medical Treatments Which are Not Medical Marijuana

Currently, Glaucoma is not preventable, but with the right care, your vision can be preserved and the condition can be kept under control with treatment. There are three primary forms of conventional medical treatments that are currently prominent to help treat Glaucoma, as long as it hasn’t come to the point of irreversible blindness. These three methods involve prescription eye drops, laser surgery and microsurgery, and your doctor and you can decide together which game plan is most suitable.

Prescription eye drops are probably the easiest option, and if you are the right candidate for this solution, it is simple to administer with just a few possible side effects. These drops increase the flow of fluid outflow from the eyes, regulating the drainage system for the eyes that cannot naturally do so on their own. Some of the side effects involve redness, blurry vision, irritation, stinging or allergies. It is vital to let your doctor know of any medications you are taking, because Glaucoma medications can react negatively with certain drugs.

Three primary types of laser surgery procedures exist, which can assist patients with either open angle Glaucoma or angle closure Glaucoma, depending on the process administered. Cyclophotocoagulation targets the middle layer of the eye to reduce some fluid production, therefore decreasing pressure. Trabeculoplasty causes the drainage area to open so fluid can move with greater freedom. Lastly, Iridotomy creates a small hole in the iris, also regulating fluid. Laser surgery has few side effects, although it does have a short healing time, which has to be considered when agreeing to the procedure.

Finally, microsurgery, which is the most abrasive option, exists and can produce highly efficient results. The main process is known as trabeculectomy and is essentially just the addition of a new channel within the eye for fluid to be drained through. Sometimes an actual small tube is implanted to act as this channel, but microsurgery has often times needed to be redone by a surgeon. Additionally, its side effects are rather severe, because you can actually lose your vision partially or completely if a procedure goes awry. Furthermore, bleeding and infections have been reported as a result of this surgery. Talking your options over with your doctor is the best method of developing a plan you feel fully comfortable with and understand the risk factors regarding. 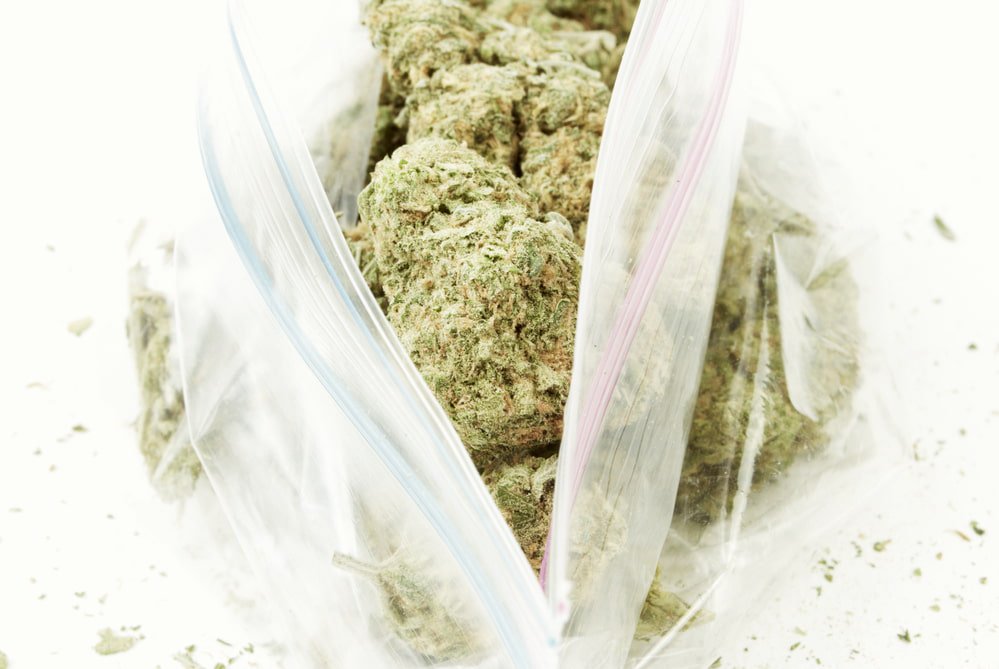 In some cases, if after all of the conventional treatments have been conducted and the patient is not happy with the result or they are confronted with too many side effects, the patient and practitioner may begin searching for an alternative treatment option. Although marijuana is thought to lower eye pressure, its effects are short lived at only 2-3 hours, which means around the clock lowering of pressure would results in consumption 6-8 times daily, which could be costly, time consuming or simply unreasonable. Some longer lasting, oral forms of marijuana consumption can be tried, and some medical marijuana patients have reported successful decrease in optic pressure.

All in all, the lack of studies and research conducted on the short term and long term effects of marijuana for patients with Glaucoma, does not make it a particularly suitable option for treatment, because results are not guaranteed. Some symptoms that can arise as a result of Glaucoma development, however, may benefit from cannabis consumption, including those experiencing headaches, nausea, vomiting and pain.

This cerebral and bordering on mentally psychoactive indica dominant marijuana hybrid is a wonderful way of managing headaches and \fatigue\, two symptoms of Glaucoma that might be experienced. This cannabis can make your uncomfortable symptoms a little more manageable.

Santa Sativa is an uplifting and energizing THC packed strain that brings uplifting moods, pain relief and best of all, cuts down any nausea and brings back appetite. Because of all these wonderful factors, it’s considered a quintessential option for those experiencing negative Glaucoma symptoms. This Sativa is truly a gift from Santa himself. Plus, it tastes amazing.

This energizing marijuana sativa is known to lower eye pressure, which might make it suitable for those who have had success treating Glaucoma with cannabis, or for those who are willing to try it. Additionally, it assists with relieving pain, a symptom of Glaucoma, and calming any stress that might also be a result of dealing with this medical condition.

A well balanced 50/50 hybrid, LAPD brings about physical calm and relaxation, with its primary medical benefit being pain relief, perfect for Glaucoma patients who are hurting. Additionally, it brings about a euphoric sensation that slows down the heart rate and lets you breath, without sending you to sleep.

A relaxing hybrid that brings about subtle jolts of uplifting energy, Mad Dawg is a popular go to strain for many medical cannabis patients, especially those who deal with headaches or migraines on a regular basis. If you are experiencing some headaches as a result of Glaucoma and need something to take the edge off, this hybrid has got you covered.

Final Thoughts About Marijuana and Glaucoma

We hope you have found this article containing information regarding Glaucoma and the medical cannabis that can help it, to be educational and informative. Marijuana has definitely come along way from the stoner stigma and is now helping to treat a variety of different medical conditions. Glaucoma is just of the conditions where marijuana is showing its true strength.

19
9 min read
Join the discussion
TOC
Premium
Your subscription has ended
If you love cannabis and want to support our site, join WayofLeaf Premium today and unlock
Best of all, part of your membership fee will go towards supporting the fight to legalize cannabis.
Sign Up for WoL Premium
Not now
I already have an account
×
Log in to Your Premium Account