According to the Centers for Disease Control and Prevention (CDC), nearly half a million people have died over the past two decades from an opioid-based drug overdose. This includes both illicit drugs (i.e. heroin) as well as prescription opioid painkillers (i.e. fentanyl, hydrocodone, morphine, etc).

While these drugs are incredibly effective at treating pain, they are also dangerous, deadly, and addictive. We know from research data, for example, that upwards of 30% of patients who are prescribed opioid painkillers end up misusing them.

Discussions have been taking place among the medical community about using cannabis to help treat opioid addiction.

In recent years, an increasing amount of discussions have been taking place among the medical community about the use of cannabis to help treat opioid addiction – or more specifically, opioid use disorder.

In this article, we discuss relevant research on how medical marijuana can help those suffering from drug abuse, and how individuals can go about choosing the best strains for opioid addiction.

By definition, opioid abuse is a reliance upon either prescription opioid-based medications (codeine, Vicodin, OxyContin, Percocet, morphine and many others), or illegal/black market opioid derivatives, (primarily heroin and its variations). 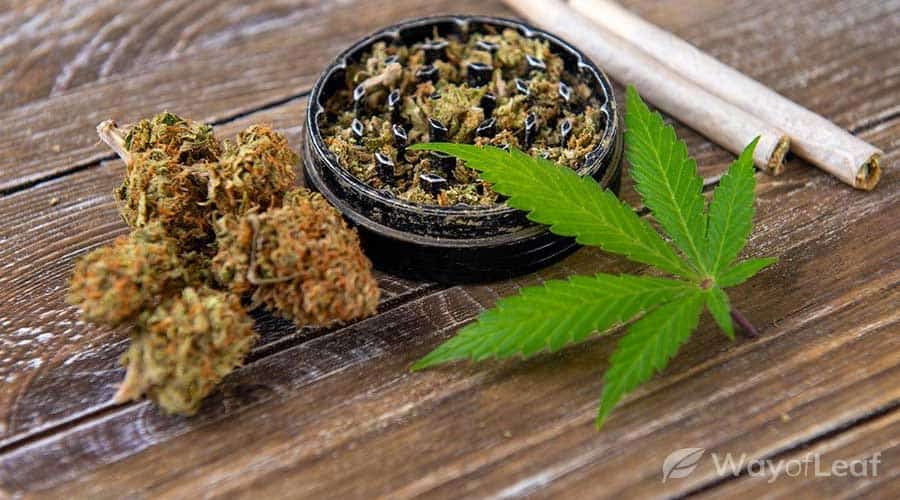 Causes and Symptoms of Opioid Abuse

The causes of opioid abuse are greatly debatable and complex. By definition, opioid addiction is a physical addiction, meaning that once an individual gets started with the consumption of an opioid-derived drug, it becomes difficult for them to discontinue use due to physical symptoms.

Some who become addicted began after they were prescribed prescription opioids for pain relief, for example after a serious injury. Others choose to begin using opioids as an escape

Data on Medical Marijuana Use & Opioids

Numerous contemporary studies have showcased the potential for medical cannabis to help with opioid abuse and addiction. In fact, the state of New York (along with several others) has officially listed opioid use as a qualifying condition for medical marijuana access.

In New York alone, opioid-related overdose deaths have increased by roughly 180% since 2010. This has galvanized healthcare authorities in the state to advocate for the use of cannabis, claiming it “can reduce the use of opioids’‘ among both patients that are prescribed opioid drugs, and also illicit opioid drug users. New York authorities also claim that medical marijuana “has the potential to help save countless lives across the state.”

According to experts, marijuana is an “effective treatment for pain” that “reduces the chances of [opioid] dependence…”

A variety of research studies and survey data support this notion. In fact, according to the publication above via the New York Department of Health, marijuana is an “effective treatment for pain” that “reduces the chances of [opioid] dependence and eliminates the risk of fatal overdose compared to opioid-based medications.”

New York Health Authorities have also claimed that by adding opioid use to their state’s list of qualifying MMJ conditions, more individuals will begin to use marijuana as an effective form of pain relief, rather than illicit and/or prescription opioid-based medications.

As research access to cannabis continues to expand, scientists are learning more about the complex relationship between marijuana, opioid drugs, and pain relief.

A 2020 publication in Systematic Reviews suggests that, based on its analgesic (pain-relieving) action, medical marijuana presents a practical option to help “reduce opiate addiction.” The study reviewed nine different publications involving over 7,000 test participants and found that medical cannabis use resulted in decreased opioid dosage by up to 75%. An additional 32-59.3% of participants suffering from “non-cancer chronic pain” were able to effectively substitute opioid drugs with medical cannabis.

Interestingly, cannabidiol, or CBD – which is a non-intoxicating cannabinoid found abundantly in hemp and some varieties of marijuana – has also been shown to have potential in helping individuals suffering from opioid drug addictions.

For example, a 2019 study in the American Journal of Psychiatry found that CBD reduced both anxiety and drug cravings in individuals recovering from heroin addiction. Details of the study highlighted that participants who used cannabidiol medication experienced “[fewer] craving[s] after being exposed to drug cues compared with individuals receiving placebo.” CBD also appeared to decrease anxiety among individuals that were exposed to cues involving heroin use.

Information on the Best Marijuana Strains for Opioid Abuse

Unfortunately, there is no clinical or scientific evidence to suggest an applicable list of the best marijuana strains for opioid addiction. There are thousands of available strains on the medical cannabis market, so individuals that are interested in using cannabis for opioid addiction – or as a substitute for opioids – will need to learn the effects of various strain types.

For those who do not want to experience mind-altering effects or an intense high, CBD-dominant strains such as ACDC, Harlequin, and Harle-Tsu would be recommended. These strains contain very little THC, and provide almost nothing in the form of an intoxicating high. They do, however, boast powerful pain-relieving effects. 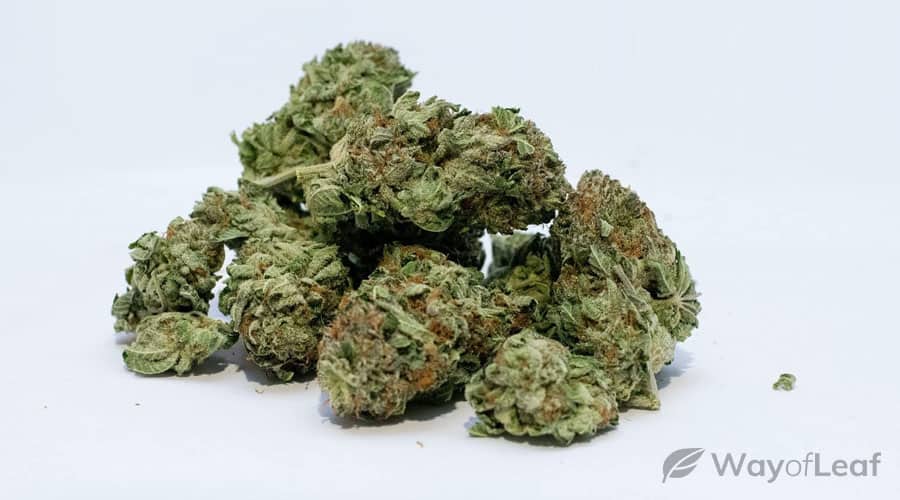 Those with experience using cannabis, on the other hand, may be more interested in high-THC strains such as Jack Herer, OG Kush (as well as other kush breeds), and Girl Scout Cookies. These strains produce potent highs, and therefore are not recommended for those with little marijuana experience.

All in all, the best option for those choosing to use medical marijuana for opioid addiction is to speak with a physician who specializes in medical cannabis. These practitioners will be able to offer personalized strain recommendations based on specific effects that one wants to experience.

There is an abundant amount of research data that supports the use of medical cannabis to reduce opioid dependence and addiction. Marijuana use leads to fewer opioid-related overdose fatalities (when used as a pain-relief substitute for opioid drugs),  and it also decreases the prevalence of opioid prescriptions in states that offer legal medical cannabis programs.

Unfortunately, no clinical data exists to establish an applicable list of the best marijuana strains for opioid addiction. To find a strain that is in line with a desired range of effects, be sure to browse our extensive collection of strain and product reviews, or speak with a specialized cannabis doctor.

3
10 min read
Join the discussion
TOC
Premium
Your subscription has ended
If you love cannabis and want to support our site, join WayofLeaf Premium today and unlock
Best of all, part of your membership fee will go towards supporting the fight to legalize cannabis.
Sign Up for WoL Premium
Not now
I already have an account
×
Log in to Your Premium Account