Medically reviewed by Lynn Marie Morski, MD, Esq.
Written by Dylan Baker, B.S.
4 min read
4 comments
Read Later
All information on this website is for general informational purposes only and is not intended or implied to be a substitute for professional medical advice, diagnosis or treatment.

Excessively pessimistic outlooks on life can lead to tangible mental and physical health problems. While there is always a time and a place for doubt, pessimism, and even fears and insecurities, learning to balance these negative thoughts with positivity is important for maintaining good mental health.

Human beings are naturally an optimistic species, believe it or not. According to a 2011 study, selective optimism is mediated by a “relative failure to code for errors that should reduce optimism.” In other words, even when we’re presented with information that should negatively impact our outlook on life, many of us choose to remain, as the study puts it, “unrealistically optimistic.”

So where does cannabis come into all this? Are there specific strains out there that are more inclined to help us establish – and maintain – optimism and positivity?

In this article, we take a close look.

The Healing Power of Positive Thinking

Most people have heard of the placebo effect, which is the healing power of positive belief. The nocebo effect is the complete opposite; it refers to a situation where negativity prevents healing from taking place.

In 2011, British and German researchers set out to prove that the nocebo effect was real. They placed a heat-beaming device onto the legs of volunteers and zapped them until the 22 participants complained that the pain was a ‘70’ on a scale of 1 to 100. Then, the researchers gave the patients remifentanil, a powerful painkiller normally used on surgery patients.

Most people have heard of the placebo effect, which is the healing power of positive belief.

When the painkiller was administered, patients (who were hooked to an IV) said the drug was working. Next, the researchers told volunteers that they were injecting the drug again, but they actually weren’t. Still, the volunteers claimed the pain was going away because they believed it was working.

Finally, researchers said they were cutting off administration of the drug altogether, and told volunteers that pain would probably increase. In reality, they continued normal dosing of the painkiller, but volunteers still complained about increased pain.

There are studies that look at marijuana’s positive impact on depression and anxiety disorders. There are none, however, that look at pessimism specifically.

Many people lump pessimism in with depression, even though they aren’t necessarily the same thing. An individual can have a pessimistic nature, for example, without being clinically depressed.

Still, it is true that negative, pessimistic thoughts are directly correlated with depression, stress, and anxiety. In this way, cannabis may prove a tangible aid in terms of helping establish a brighter, more optimistic, more positive outlook on day-to-day life.

Here are five strains that are traditionally known to bring about uplifting, positive effects. (Note however that these strains are not clinically proven to affect an individual’s mental state, or to treat mental/psychological conditions of any kind).

5 Marijuana Strains That May Help You Beat Pessimism

Although eating chocolate chip cookies is a way for some people to cope when they are feeling down, many prefer the Platinum Girl Scout Cookies marijuana strain. This is a 50/50 hybrid which is the result of a cross between OG Kush and Durban Poison. It has a THC of up to 26%, which is substantial – so be careful if you’re an inexperienced cannabis user. 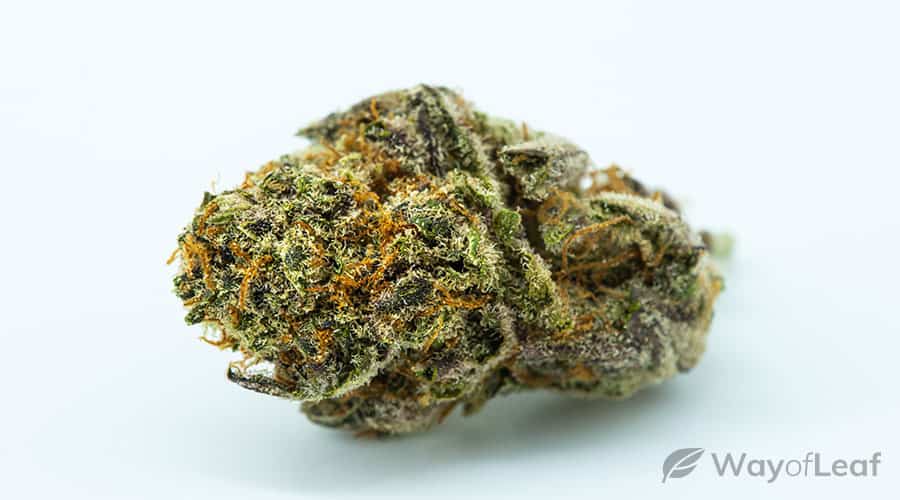 In any event, the euphoria-induced high of Platinum GSC is known to challenge pessimistic tendencies. The taste is also delightful, being akin to consuming cherry, chocolate, mint, and lemongrass simultaneously.

This is a rare hybrid marijuana strain that’s a cross between Strawberry and Bubblegum strains. It has a THC content of around 16%, so while it isn’t as potent as Platinum GSC, it is probably a better option for newbies. 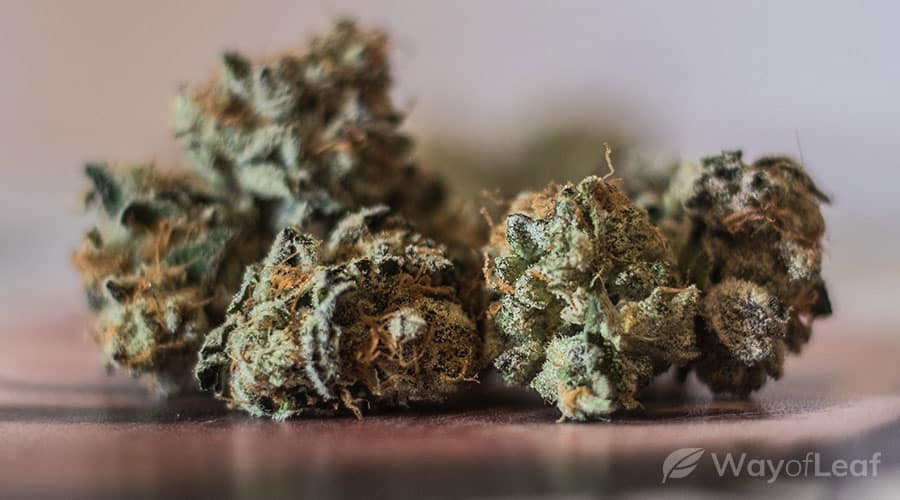 Bubble Yum is one of the best-smelling – and best-tasting – marijuana strains on the market. The combination of fresh strawberries and delicious bubblegum in itself is incredible, but the high is where the strain really shines. It can last for several hours, and users can expect cerebral effects that lift the spirits and put the mind at ease, killing pessimistic thoughts.

El Diablo OG produces a mostly cerebral head high, but it still allows users to remain clear-headed. The strain comes from one of the world’s most famous marijuana strains, OG Kush, and is crossed with various strains of African landrace genetics. 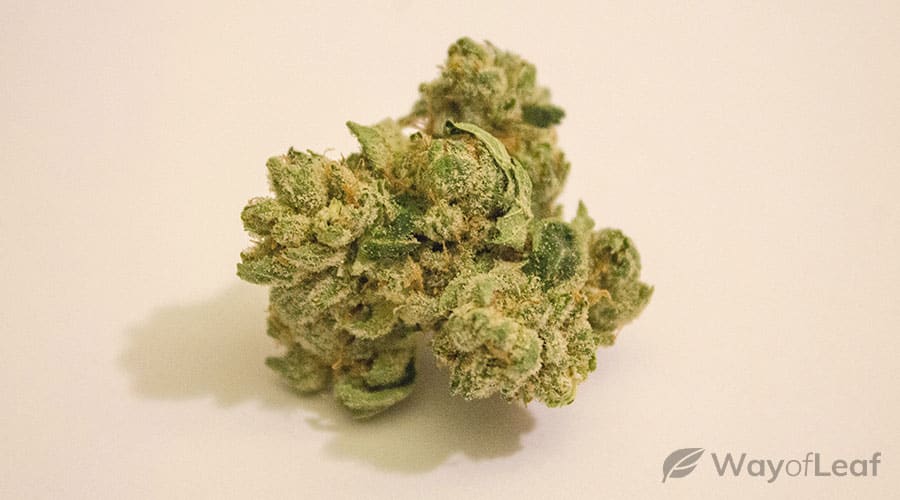 One of the problems with this excellent strain for the pessimist is that it can be very tough to find. If you do run across it at your local dispensary, however, be sure to give it a try. 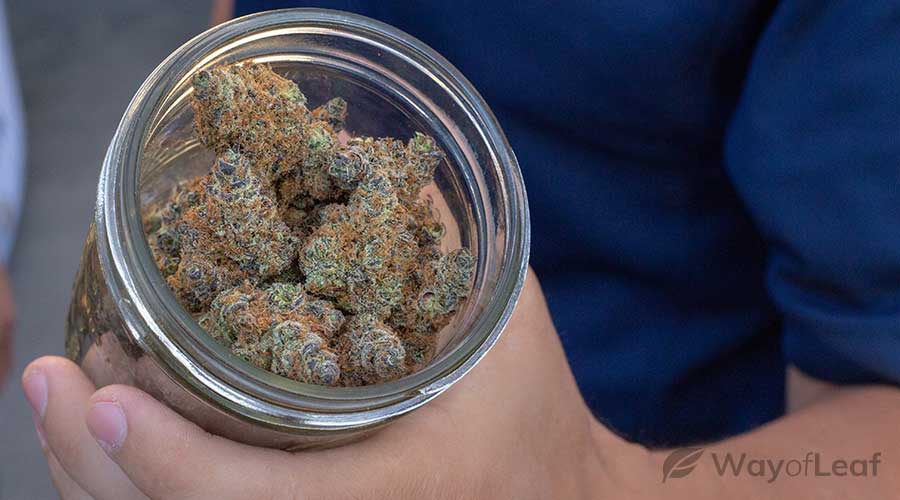 The high hits quickly and powerfully, which makes this a great option for killing negative thought patterns. Moreover, it’s known to induce feelings of joy, elation, and happiness that will last for hours.

That being said, Infinite Euphoria is not for beginners. Generally, it’s recommended to stay at home, sit on the sofa, light up, and relax.

Also known as Berry Cheese Quake, this indica dominant hybrid (70%) contains 24% THC on average and is a cross between Blackberry and Cheesequake strains. Unfortunately, it isn’t easy to find, but it is well worth tracking down for those wanting to transform thoughts from pessimistic to optimistic. 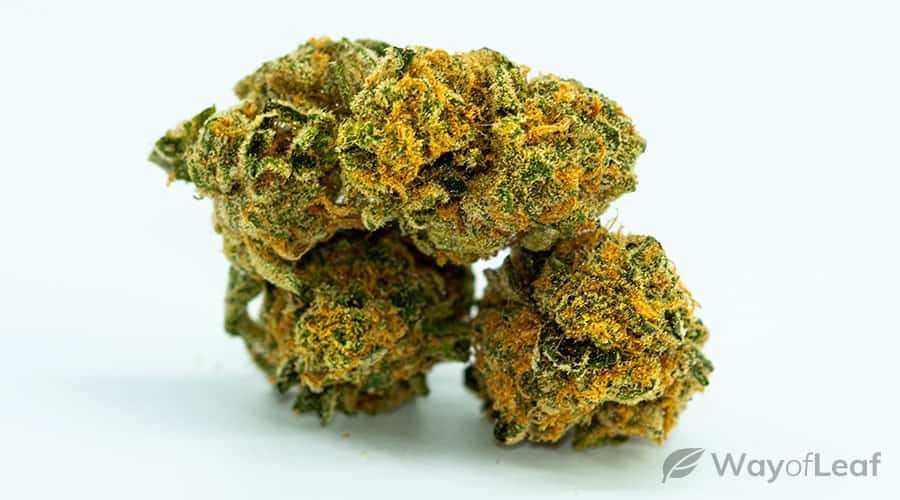 The high here is potent, and it doesn’t take long to hit. Users should feel a sense of euphoria coupled with a significant mental energy burst. The level of happiness only increases from this point onward, as the marijuana strain takes over the body and allows the user to remain calm and relaxed. This is also a great marijuana strain to use for insomnia.

Final Thoughts on Marijuana and Pessimism

All in all, when it comes to viewing the world through a more positive and cheerful prism, any one of the marijuana strains outlined above could be a viable option. After using these strains, many users report a positive change in their general outlook on life.

After using these strains, many users report a positive change in their general outlook on life.

Remember, however, that there is no clinical evidence supporting the use of any of these strains to promote optimism, or to inhibit pessimistic thought patterns. Use marijuana at your own discretion, and always use it responsibly.