Medically reviewed by Lynn Marie Morski, MD, Esq.
Written by Natalie Saunders, B.A., LicAc
6 min read
17 comments
Read Later
All information on this website is for general informational purposes only and is not intended or implied to be a substitute for professional medical advice, diagnosis or treatment.

Many people with diabetes wonder whether cannabis is an option to address their blood sugar issues. Is consuming cannabis a good idea for type 1 or 2 diabetes? A common stereotype is that cannabis tends to bring on the munchies, which would be dangerous for some individuals. However, further examination of recent studies is painting a different picture.

This article explains the relationship between cannabis and diabetes, including information about particular strains that MMJ patients may use if they are diabetic.

Diabetes refers to a number of diseases that involve problems with the hormone insulin.

Typically, after eating, the pancreas releases insulin to the body to help store and use sugar from food. For those that have diabetes, the pancreas does not function properly and either produces very little insulin or none at all.

Diabetes is classed as a number of diseases that involve problems with the hormone insulin.

Why Is Insulin So Important?

Insulin is an essential hormone. The human body consists of millions of cells, all of which need energy to survive. That energy comes from food, much of it in a form known as glucose.

After eating, glucose is transferred through the bloodstream to different parts of the body, where it provides energy to cells. In this process, insulin acts as a transporter that takes glucose from the bloodstream and transfers it into cells.

Diabetes can be categorized into two major types: type 1 and type 2. Some women also develop diabetes during pregnancy, which is known as gestational diabetes. However, type 1 and type 2 diabetes are the most common forms.

Type 1 Diabetes: In type 1 diabetes, the pancreas cannot produce sufficient insulin as the immune system has destroyed the cells that synthesize it. People with type 1 diabetes produce no insulin and are therefore required to use insulin injections to prevent their blood glucose from becoming too high. 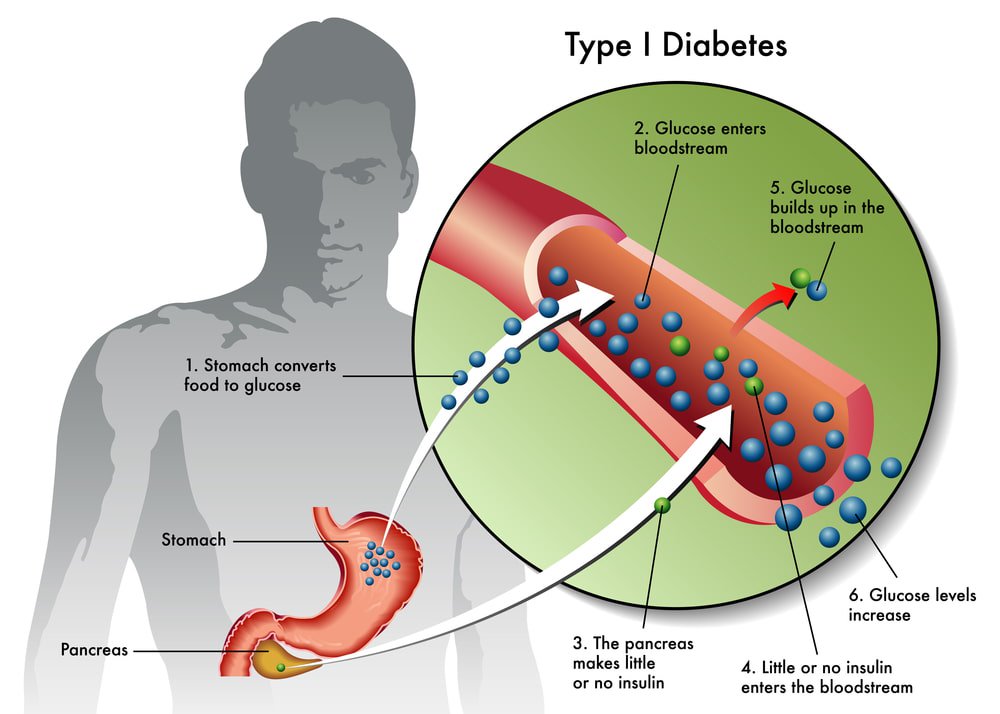 Type 2 Diabetes: Unlike type 1, people with type 2 diabetes can produce insulin. However, they either do not produce enough or their cells cannot utilize it effectively, a phenomenon known as insulin resistance.   Over time, the pancreas may reduce its insulin production further and eventually stop making the hormone altogether.

Both types of diabetes can cause a surplus of glucose in the blood. Therefore, patients need to monitor their blood glucose regularly.  Untreated conditions can lead to complications such as neuropathy, blindness, chronic kidney failure, and other severe symptoms.

There are quite a few ways that people manage diabetes, including meal planning, exercising regularly, and taking prescribed medicine.

The most crucial thing is to monitor blood sugar and blood pressure levels at all times. Stress and anxiety can also cause complications for people with diabetes. Anxiety can raise blood sugar levels, so it is important for those with diabetes to relax as much as possible.

Medical Research on Cannabis and Diabetes

Unlike other medical conditions, quite a few studies have been conducted on the connection between cannabis and diabetes.

In 2013, the results of a 5-year study were released showing that out of 4657 respondents, of which 2554 had used cannabis, those who had used marijuana had 16% lower fasting insulin levels, as well as having 17% lower levels of insulin resistance.

Participants who were current cannabis users also had higher levels of good HDL cholesterol and smaller waistlines. The most significant finding was that marijuana users appeared to have better carbohydrate metabolism than non-users. Their fasting insulin levels were much lower, and the participants appeared to be less resistant to the natural insulin produced by their body to maintain a healthy blood sugar level.

The authors of this study suggested that cannabis compounds called cannabinoids may help to control blood sugar. Their primary focus was on delta-9-tetrahydrocannabinol (THC), the primary intoxicating compound in cannabis. However, there is some evidence that non-intoxicating cannabinoids could also be beneficial.

The results of a 2016 study showed that tetrahydrocannabivarin (THCV) significantly reduced fasting glucose levels and increased pancreatic cell function. They also demonstrated that cannabidiol (CBD) decreased resistin, a hormone that is involved in the development of insulin resistance. Meanwhile, it increased glucose-dependent insulinotropic peptide, a hormone that plays a role in insulin release.

Animal studies have also shown that CBD could reduce pancreatic inflammation and delay the onset of type 1 diabetes. However, further research is required to demonstrate whether these effects are replicated in humans.

Which Cannabis Strains Could Be Best for Diabetes?

Cannabis therapy could have a positive impact on some symptoms of diabetes, but the relationship is not entirely clear. As a result, there are no strains that are best suited for those with diabetes.

Similar to any condition, it is important to understand the side effects of each marijuana strain and determine over time which strains work best for the individual. 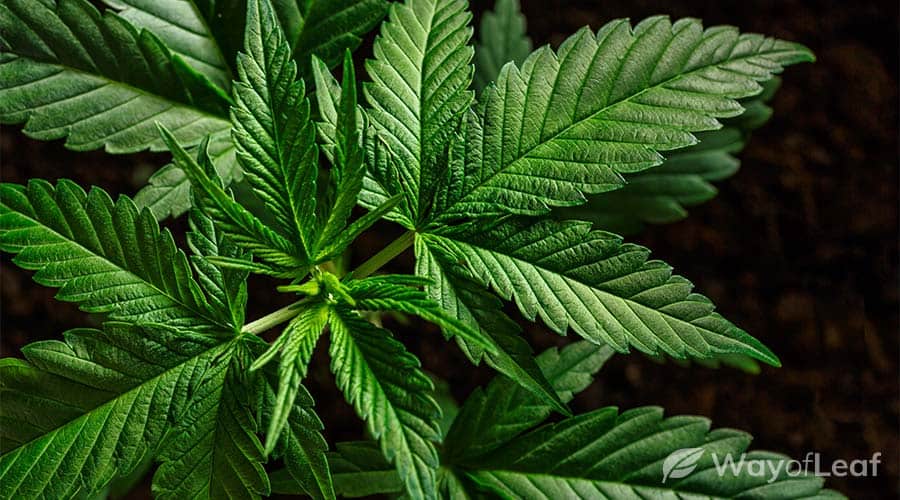 Furthermore, dosing is a major factor when it comes to managing different medical conditions. It is always best to schedule an appointment with a marijuana doctor to receive a consultation before any cannabis intake. This is because one of the major risk factors of marijuana use with diabetes involves users getting intoxicated and forgetting to check their blood glucose, which can cause it to tip into what can be dangerous imbalances.

It is important to understand that while specific strains may not have an effect on diabetes overall, cannabis may reduce blood glucose levels and help users feel better. It may also reduce stress and other conditions that could worsen diabetes.

None of the following strains have been clinically proven to help with diabetes, they are merely suggestions based on anecdotal reports.

Harlequin seems to be a good choice for diabetes patients because of its high CBD and low THC content (5:2 ratio). Regardless of its 75% sativa genetic makeup, this cannabis strain provides feelings of relaxation without causing couch lock or an intense high. 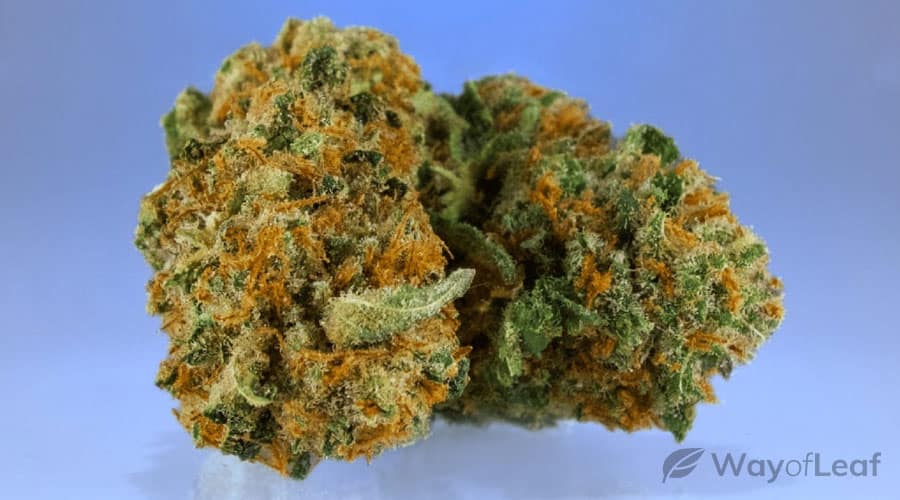 As a high CBD cannabis strain, Harlequin will not produce a heavily psychoactive high. However, it is an ideal relaxation option for dealing with stress, while still maintaining mental clarity and motivation.

Green Crack is a very well-known strain that can provide heightened energy levels. It is thought to do so without producing too much anxiety. 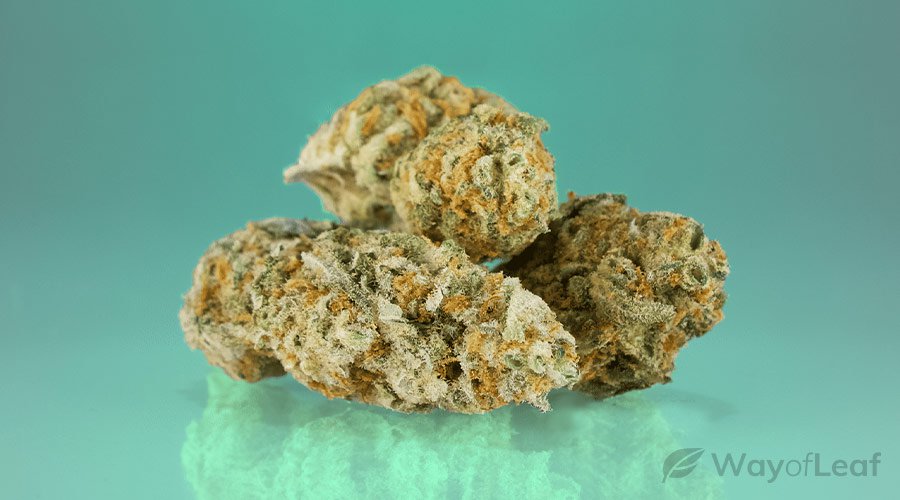 Green Crack is reportedly well known for treating fatigue and depression, as well as assisting those who have diabetes due to its happy and energetic effects without the need for sugar.

The Blue Dream marijuana strain is often recommended in dispensaries for a variety of ailments – and there is a reason for that. 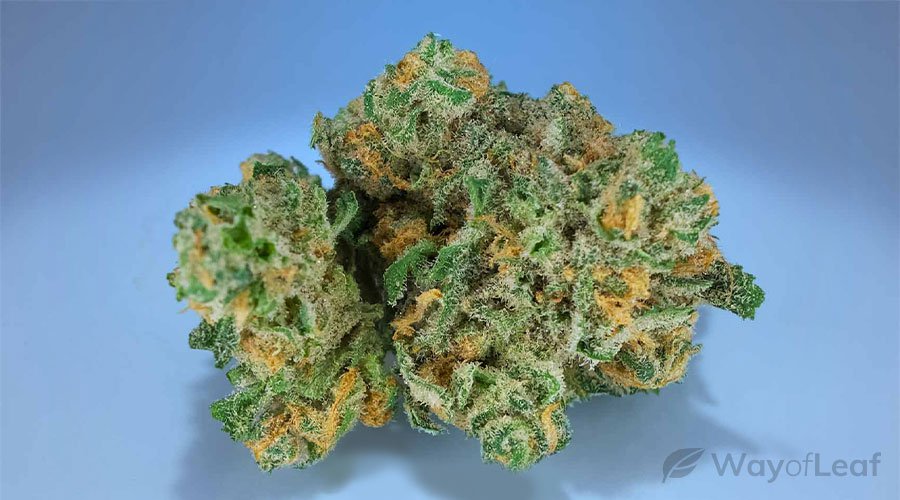 Blue Dream is the most widely used cannabis strain and is a preferred choice for people who have diabetes. This cannabis strain is a sativa-dominant hybrid, and it is ideal for lowering stress levels. It is also known for helping with depression and headaches, conditions often associated with diabetes.

While this cannabis strain is tough to find, it is said to be a good choice for diabetes due to its high levels of THCV. As we mentioned earlier, a study of 62 diabetic patients found that THCV treatment successfully improved fasting insulin levels and reduced blood glucose. 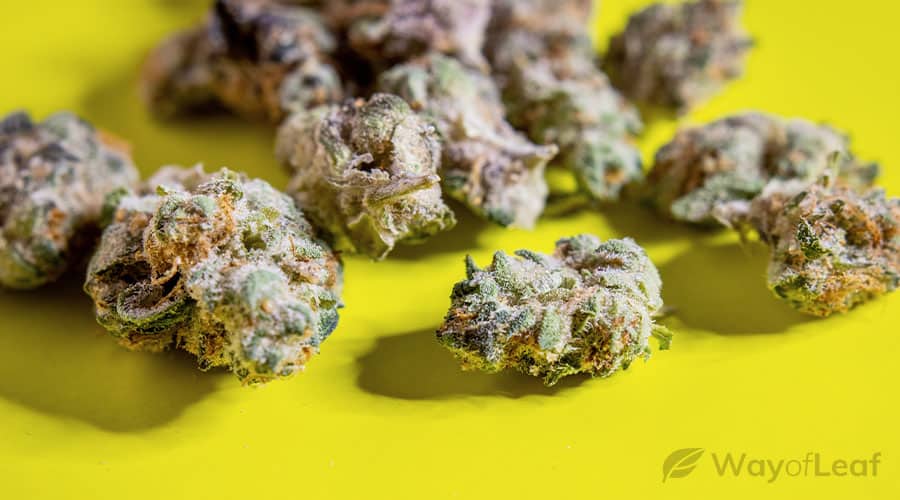 Doug’s Varin contains both THCV and THC and the combination is ideal for achieving a high that is both medicinal and satisfying.

The Cannatonic cannabis strain is extremely popular for its healing properties due to its high quantity of CBD at 6-17%. 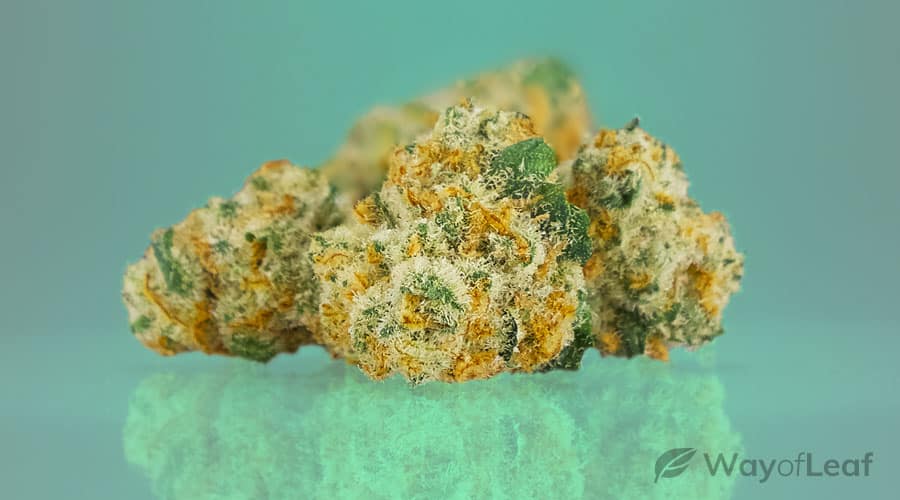 This cannabis strain rarely presents more than 6% THC, which makes an ideal fit for those who prefer not to experience a lot of psychoactive effects after consuming marijuana. This hybrid cannabis strain is used to assist a variety of medical patients, including those who suffer from diabetes, anxiety, chronic pain, and muscle spasms.

Final Thoughts About Marijuana and Diabetes

As mentioned a few times throughout this article, marijuana can be quite dangerous if it is not consumed responsibly, especially if the individual suffers from a condition that can be influenced by cannabis. While some findings are conclusive that cannabis could benefit diabetes, it is still best to consult with a doctor before use.

It is essential to consume cannabis responsibly if the individual suffers from a condition that can be influenced by it.

Do you have any experience with marijuana and diabetes? Please share what works for you on our Facebook page or in the comments below.