Written by Georgia Smith, B.Sc
5 min read
1 comments
Read Later
All information on this website is for general informational purposes only and is not intended or implied to be a substitute for professional medical advice, diagnosis or treatment.

Almost 1.5 million Medicare beneficiaries spend at least one day in hospice care annually. Traditionally, palliative treatment is the goal of physicians when dealing with patients that have a terminal illness. This means attempting to make a patient as comfortable as possible in the final months of their life.

However, many of the drugs used for this purpose also have adverse effects. It is at this stage that a physician and patient may decide to use medical marijuana. Cannabis is potentially a complementary treatment option alongside prescription drugs. Patients may also use it when they want to stop taking conventional medicine due to the side effects.

Marijuana remains federally illegal, despite being legal for medicinal use in 33 states (plus D.C.). As a result, patients considering it often face legal challenges. Institutions currently funded by the federal government (Medicare and Social Security) often prevent the use of weed. They have a real fear that the money will be withdrawn for allowing patients to use medical marijuana.

Therefore, there is a good chance that a hospice will not make provisions for the use of medical weed. It is even the case for patients with a terminal illness. However, if you are allowed to consume marijuana, keep reading to uncover five of the best strains. 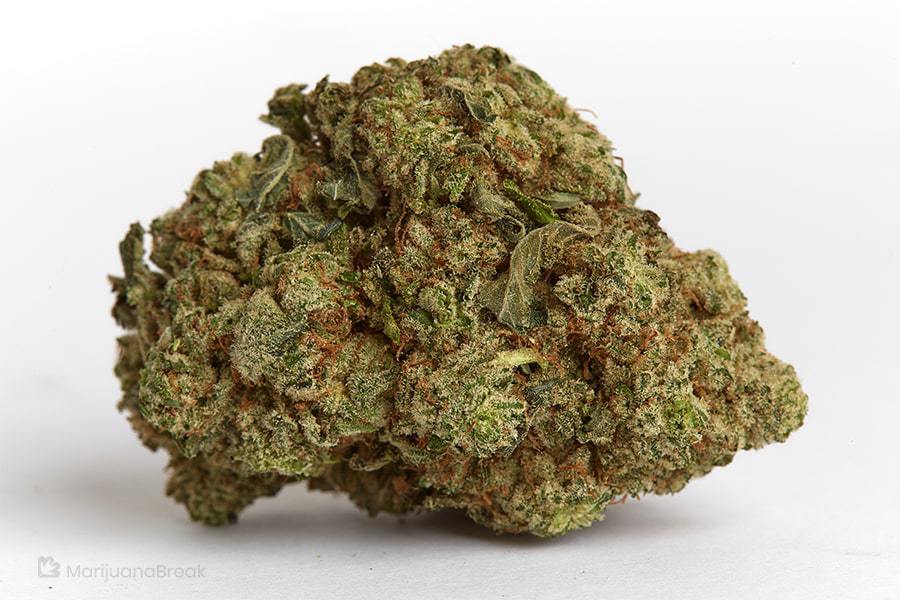 This is one of the most popular forms of medicinal marijuana. Proponents claim it helps patients relax. Once diagnosed with a terminal illness, it is clear that depression and stress are likely companions. Afghan Kush is widely regarded as one of the finest indicas (it is almost 100% indica) on the market. A Sensi Seeds partner created it in the Netherlands. The strain originated in the legendary Hindu Kush mountain range.

It has a high THC content of 21% but also contains a massive 6% of CBD. Afghan Kush is exceptionally potent, and you should use it in small amounts at first. Once you use this strain, your stresses and worries could alleviate. You may even suffer from a fit of giggles. The relaxing effects slowly take hold, and soon, feelings of positivity will consume you.

Afghan Kush is a favorite of patients because of the sedative body high. It is an excellent option for individuals with appetite problems due to the fact it provides you with a case of the munchies. Once the indica high takes hold entirely, you could drift into a blissful sleep. 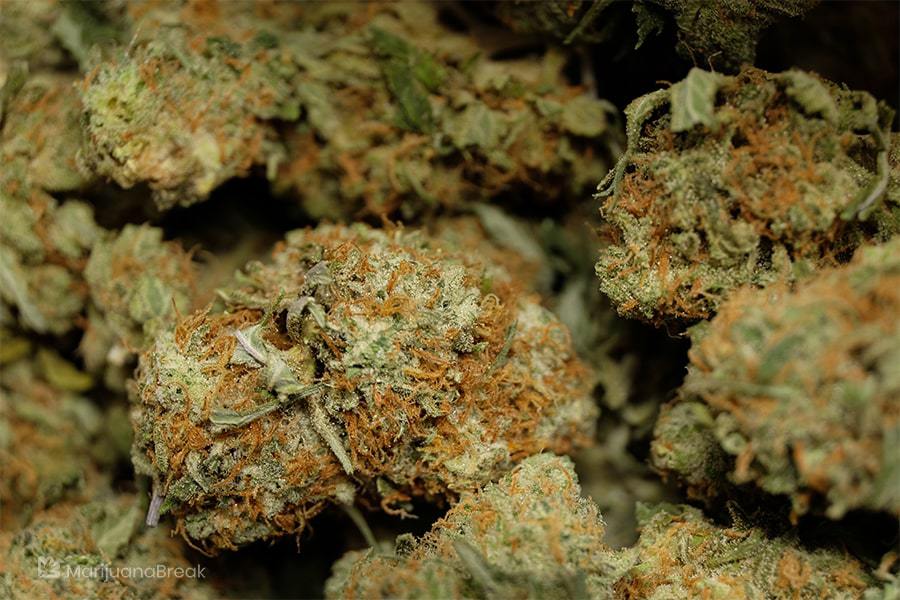 The late Stephen Hawking was widely regarded as the most intelligent man in the world. This marijuana strain is named in honor of a genius and contains up to 22% CBD. Also known as SHK, it is the second strain in Alphakronik Genes’ Great Minds series. It is a cross of Sin City Kush and Harle-Tsu.

Stephen Hawking Kush is an indica-dominant hybrid with three phenotypes. It provides users with a unique taste sensation. The berry and cherry flavors are topped off with a refreshing, minty note. It contains a large amount of CBD. Therefore, it is ideal for terminally ill patients who don’t want to experience a powerful psychoactive high.

Users of Stephen Hawking Kush enjoy a mellow and uplifting feeling while using this strain. Ultimately, you will feel relaxed and blissful. The effects of this strain should help reduce the level of pain you feel and perhaps suppress nausea.

3 – Trainwreck (The Marijuana Strain That Elevates You) 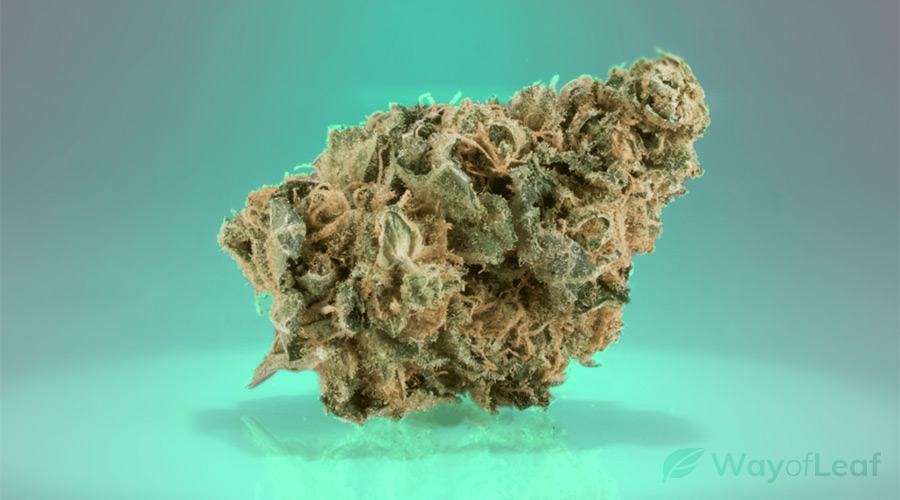 Certain strains of Trainwreck have a THC content of 21%. Even so, this is not a strain that will leave you feeling as if you’ve just escaped an accident. Yes, it is potent, but no, it does not leave you completely couch-locked.

Trainwreck is a sativa-dominant (65%) strain that gets its name from a legendary tale. Apparently, a group of weed growers in California developed this strain. One day, they had to move due to fear of discovery after a train crash happened nearby.

It is a cross of Thai and Mexican sativas. Trainwreck is also one of the most popular medical marijuana strains on the market. You should feel a cerebral high almost immediately after using it. Users often claim that Trainwreck makes them feel inspired. If you are looking to leave a creative legacy, this may be one of the best strains for you.

Trainwreck is an extremely popular painkiller and is used by patients with chronic pain and muscle spasms. Indeed, an increasing number of patients are ditching prescription medications to use this strain. It is also widely used by individuals with a loss of appetite due to chemotherapy or other chemical treatments. 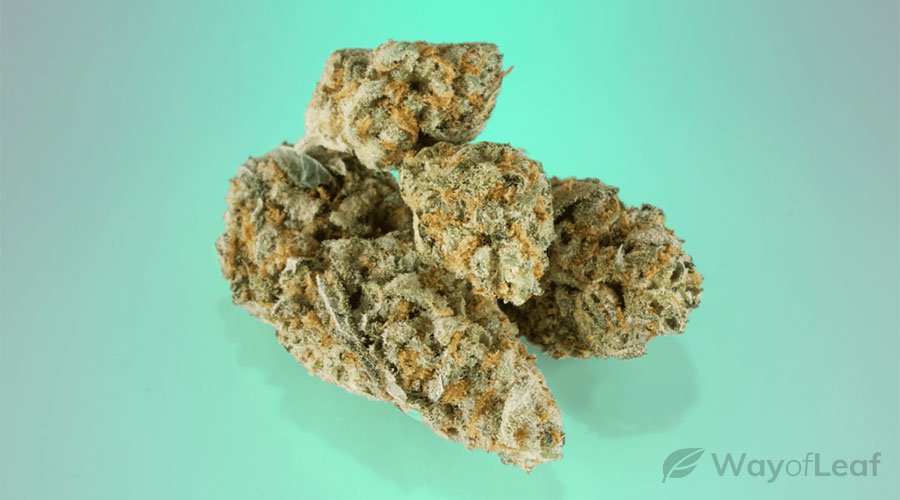 This marijuana strain was initially called Green Kush. It got the new name ‘Green Crack’ because of the uplifting high it provides. Also, once you smoke it, you’ll be keen to try it again and again. It is a sativa-dominant (75%) hybrid that is a cross of Sweet Leaf and Skunk #1. With a THC content of up to 21%, Green Crack is not a strain to be trifled with.

It happens to be one of the world’s most popular sativas. The potent cerebral high it provides could help users feel joyful and euphoric. Also known as GC, this strain is ideal for morning use because of the energy boost it offers. Artistic and creative individuals will also appreciate the heightened sense of focus they experience after using Green Crack.

Individuals with pain, fatigue, or loss of appetite often try this strain. Patients diagnosed with a terminal illness often suffer from depression. If you feel the dark clouds forming within you, give Green Crack a try.

If you have a terminal illness, you will give almost anything to forget your worries for a while. According to some users, this is what happens when they use Godfather OG. It is a slightly indica-dominant (60%) hybrid that begins with an uplifting sensation. It potentially brings rays of sunshine into your life.

The effects intensify quickly, and some users say they feel positively euphoric. Eventually, the indica effects take over and provide a sense of complete relaxation. Therefore, consider Godfather OG if you are suffering from an anxiety disorder caused by a terminal illness diagnosis. It is also a fantastic strain if you have insomnia because it may enable you to relax enough to sleep.

Medical marijuana could offer hope on the otherwise bleak horizon for hospice patients. It is also popular amongst those diagnosed with a terminal illness. Please note that no one is reasonably suggesting that cannabis can cure a terminal condition.

However, it can bring joy to the lives of people with little to look forward to. An increasing number of patients use it in the hope of experiencing reduced pain. Other reasons why people use MMJ is in a bid to improve sleep or boost appetite.