Written by Editorial Team
8 min read
20 comments
OG Kush Strain Overview
OG Kush is one of the all-time favorites - a classic - amongst cannabis newbies and long time users alike. Not a lot is known about its genetics or lineage, but what is known that is has unparalleled medicinal potential and a comforting and earthy flavor profile. So if you’ve been seeking a strain that is both easy on the palate and great for treating pains of all sorts, OG Kush is definitely worth a shot. 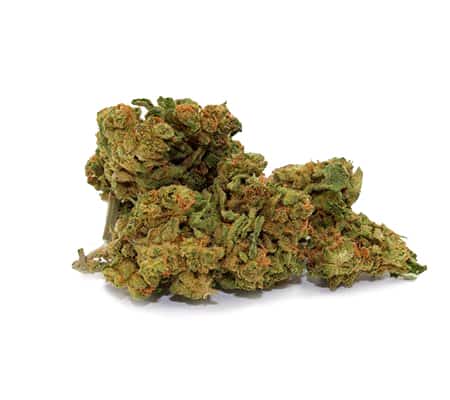 Viewed as the structural backbone (and/or founding father) of many first-rate West Coast cannabis strains, OG Kush has been one of the most popular types of bud available on the legal market in recent years.

And although it possesses a name that’s nearly as popular as Pineapple Express or White Widow, the origins of this intriguing cannabis strain still largely remain a mystery.

With little known about the genetics or ancestral lineage of OG Kush weed, the mystical appeal of this is beloved phenotype has only been heightened.

Fortunately, lack of understanding about this flower has not taken away from the strain’s out-of-this-world medicinal potential.

Furthermore, not only is OG Kush weed delicious, earthy, and aromatic, but it’s cannabinoid profile has led to the expression of numerous additional OG phenotypes – helping spawn other legendary strains that have gone on to become favorites of patients and stoners alike.

Even to this day, there are new relatives of OG Kush cannabis being developed by “420 geneticists” – presumably because the strain boasts a potent high, tasty flavor, and a long list of medicinal benefits. In fact, marijuana geneticists simply cannot get over the top-shelf quality of OG Kush-based cannabis strains, and it seems that their customers can’t either…

What Is OG Kush Cannabis?

Providing the foundational backbone of multiple world-famous cannabis strains, OG Kush is considered a legend for revolutionizing the marijuana industry – as well as rising to its current status as a one of the most popular contemporary MMJ strains.

Most experts classify the OG Kush strain as a hybrid, although little is actually known about its true genetic origins (rumors claim the strain may be a blend between parent plants Chemdawg and Hindu Kush). 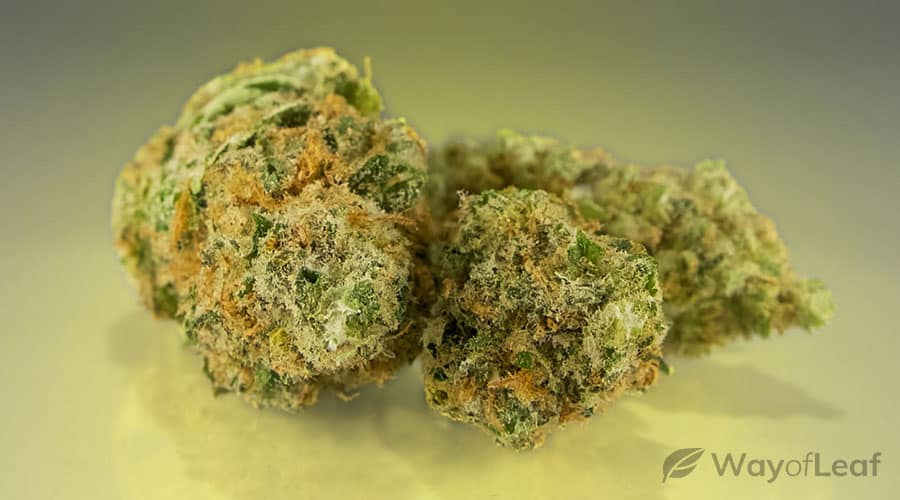 These rumors have of course never been confirmed, but the origins of OG Kush don’t seem to matter as the effect it has had on the world of cannabis are truly conclusive. In fact, a multitude of subsequent phenotypes have been bred from OG Kush, the majority of them gaining immense popularity among both the medical and recreational markets.

DID YOU KNOW: OG Kush has been used to spawn other iconic phenotypes like Tahoe OG, Fire OG, and Double OG?

Of course, one of the main reasons why OG Kush has been used extensively in cannabis genetics breeding is due to the strain’s high-THC potency – which seems to assist many consumers with a variety of medical issues.

With THC levels routinely registering in the 20-27% range, for instance, the punch that OG Kush packs is especially powerful — truly a power hitter for anyone who consumes it.

Although world-known, OG Kush seems to primarily be consumed throughout California, Colorado, and the Pacific Northwest – so if you want to try a dank batch of this heady cannabis strain, perhaps look to those regions for high-quality specimens.

If you’ve ever had the pleasure of stuffing your nose in a jar of top-shelf OG Kush, you’ll know that the nuggets have one of the freshest scents that nature can produce – intensely reminiscent of being lost within a dank, old growth forest.

The strain’s aroma is woodsy, piney and earthy all at once, immediately hitting your taste buds with a spunky, rabbit-like jab. Moreover, its flavor can surprise even the most jaded of self-proclaimed stoners, with none-too-subtle undertones of lime, lemon, and spice – as well as faint hints of citrusy splash.

Appearance-wise, most would probably agree that OG Kush has a fairly “traditional cannabis” look, as it features the classic yellow-green sugar leaf color with orange pistils and green, sometimes sage-shaded water leaves.

The buds are densely coated with crystalline trichomes, which makes perfect sense when considering the OG Kush strain’s heavy THC content. In fact, more than one noob has probably mistaken the trich-laden nuggets for mold, and heartbreakingly tossed out some of the best weed they would have ever had the pleasure of smoking.

Cannabis cultivators typically find that growing OG Kush is an extremely beneficial ploy — especially for their wallets. The buds are almost always sold in dispensaries as top-shelf cannabis, not only because they’re dank as hell, but also because they provide a host of potential health benefits.

If you are entering the business of marijuana cultivation, OG Kush is no doubt a staple strain that you’ll have to learn to master.

High-grade OG Kush nuggets maintain an absurdly high demand among some of the most reputable dispensaries in the country, and of course, recreational cannabis shops love the stuff as both tourists and repeat customers keep it flying off the shelves. 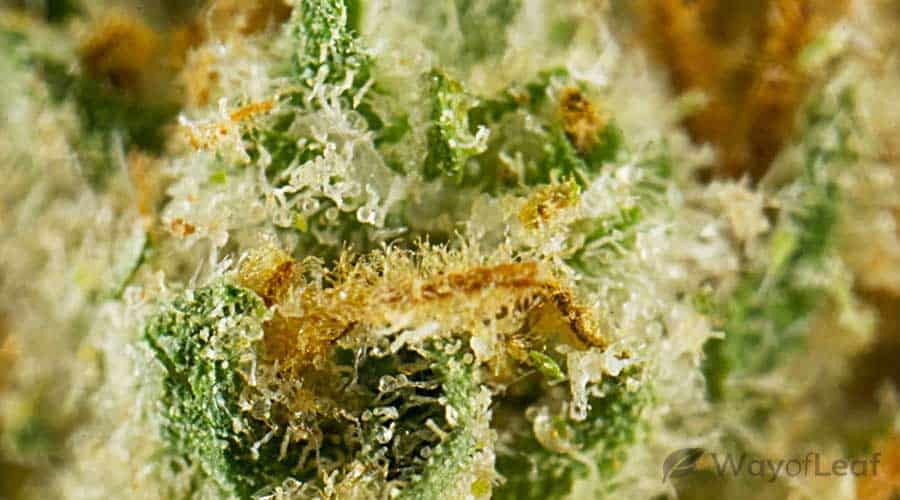 OG Kush can be an especially challenging crop to grow, however, so it is vital to closely monitor and watch the environment and climate that your plants are growing in. The strain is known for being susceptible to a few issues that can arise when growing cannabis, including powdery mildew, bugs, mites and other diseases. With regular care and monitoring of conditions, however, you should be able to keep your OGK reefer crops in check.

If you are embarking on the sometimes rigorous journey that is attached to growing OG Kush weed, here are some facts that you oughta know before you get started…

If you are deciding to grow OG Kush weed, we recommend the task be tackled by those looking to become professional marijuana growers. For the amount of work, there isn’t a huge incentive for at-home consumers to grow this strain for personal use — unless of course you’re up for a hell of a challenge.

Plenty of other cannabis strains are much simpler to cultivate at-home with little experience, for example Blue Dream and Girl Scout Cookies, just to name a couple. That said, never let a good challenge keep you from doing something you want – with the proper care and preparation, you can now doubt grow OG Kush and produce a healthy, uber-potent yield.

Staying true to its hybrid classification, OG Kush weed is especially balanced with a high that really does provide the best of both worlds.

With a vibrant mix of genetic traits, OG Kush typically tests in with a 55% sativa and 45% indica profile.

After consuming OG Kush, expect strong euphoria and intense cerebral effects to settle in, often followed by mild to strong couch-lock. Remember, OG Kush is considered one of the most uplifting strains out there, as it provides consumers with a wonderful amalgamation of body-melting euphoria and a calm, tranquil state of mind.

Frequently consumed by MMJ patients for psychological disorders and chronic pain alike, OG Kush is a supremely healing strain of cannabis that has surprised the medical marijuana world with its ability to assist with so many ailments. 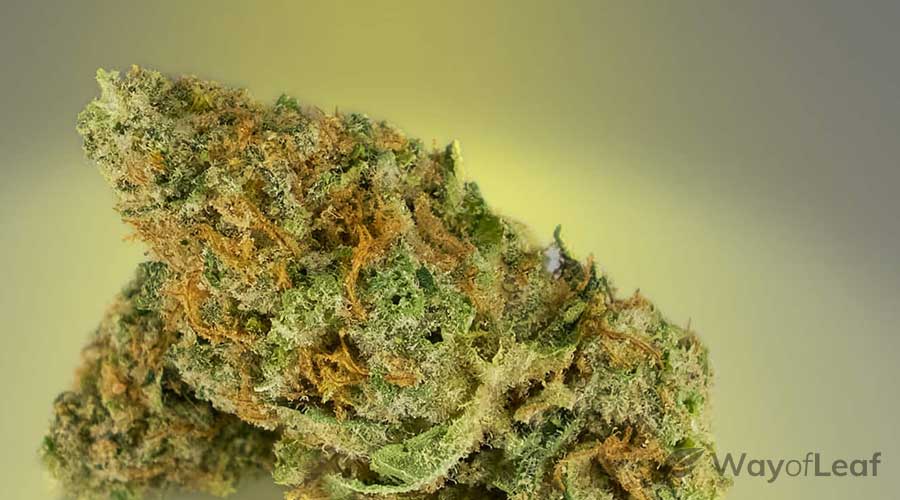 In fact, its potent therapeutic benefits are surely one of the main reasons for OGK’s massive growth in popularity over the last half-decade. More and more individuals are discovering that they prefer consuming this strain rather than a full-blown indica, or better yet, rather than prescription medications that are so often attached with nasty, life-altering side effects.

Those handling stress, depression and insomnia have discovered that OG Kush can be particularly therapeutic.

If you are using OG Kush for stress, depression, anxiety, or any other mental affliction, most would recommend only smoking a mild amount of OG Kush, or eating a low-dose edible. This is because over-consumption of THC while handling a mental disorder can actually do more harm than good, at least in terms of the onset of anxiety and paranoia. Know your limits, and stay within those boundaries.

On the other hand, if you are dealing with insomnia or lack of sleep, consuming a higher dose of the OG Kush strain may be of greater benefit. This will help to attack the issue head on, while more or less eliminating the possibility of missing out on whole-plant benefits. In order to achieve a higher dose, you might want to look for a full-spectrum edible, concentrate, or other consumable form of the strain.

The best way to avoid any possible side effects from OG Kush is to use precaution if you are sensitive to THC. Know your limits, and be ultra careful if you’re prone to THC-induced anxiety or paranoia.

And of course, consumers also frequently report dry mouth and dry eyes as a common side effect when trying out OG Kush weed, but don’t sweat this minor inconvenience as it’s easily avoidable by drinking hydrating liquids – and using moisturizing eye drops – as necessary.

Additionally, some individuals have experienced mild paranoia after consuming the OG Kush strain, but remembering that your high will pass and maintaining slow, deep, steady breaths can assist with keeping your head clear if you are going through any negative thought patterns. Meditation and deep relaxation techniques can also be of useful guidance when overcome with the dark magic of “THC overdose.”

We hope that you found this OG Kush review to be not only entertaining, but also educational and informative. OG Kush is certainly a heavy hitter in the worlds of both recreational and medical weed consumption, and if you’ve never tried it before, you’ve got to make it a priority.

The strain should be pretty easily accessible if you live in a “weed friendly” state like Colorado, California, or Washington, and as for those who live in other parts of the U.S., the glorious high of OG Kush should certainly be put on your cannabis bucket list as you travel the country looking for the perfect high.

If you have any additional thoughts, questions, or concerns about this OG Kush strain review, be sure to leave a comment below! Thanks for reading, and stay healthy friends!