Medically reviewed by Lynn Marie Morski, MD, Esq.
Written by Georgia Smith, B.Sc
5 min read
0 comments
Read Later
All information on this website is for general informational purposes only and is not intended or implied to be a substitute for professional medical advice, diagnosis or treatment.

No matter how many strains are bred and “identified,” the fact remains that all cannabis falls into one of four varieties: indica, sativa, ruderalis, and hybrid.

However, cannabis consumers do not really use ruderalis strains for medicinal or recreational reasons. With that in mind, we can more accurately say that all cannabis falls into one of three varieties: indica, sativa, or hybrid.

Despite how vehemently some might argue that all cannabis is identical, there are obvious differences between these three varieties in terms of their effects on the human body and mind.

This article focuses on indica cannabis – an inherently intriguing landrace species native to cold mountainous regions in central Asia. More specifically, we highlight some of the most popular medical uses for indica weed, suggesting a few of the most iconic breeds that may work well for a specific range of conditions.

Indica Weed for Medical Use: What Do We Know?

As we mentioned, many believe that indica marijuana first evolved in the harsh mountainous climates of central Asia, such as the iconic Hindu Kush mountain range, which lies on the border of Pakistan and Afghanistan.

It is no secret that heirloom (i.e., genetically pure) indica marijuana strains of the Hindu Kush Himalayan Region possess a straightforward set of chemical and medicinal properties. As is the case with almost any indica variety, these plants grow low and bushy – their pungent colas usually hidden beneath a mass of stumpy, deep green water and sugar leaves.

More importantly, in terms of the medical effects of indica weed, however, is the fact that indica plants boast a relatively consistent and specific chemical profile. Namely, a 2012 study has pointed out that most indicas have a higher CBD content than sativas (which tend to be more abundant in THC).

The higher CBD content will come as no surprise for those intimately familiar with using indica marijuana for medical relief.

When taken in large doses, CBD tends to have pretty strong sedative effects that can bring on a quick and heavy bout of onset drowsiness. By and large, this is likely why indica weed is known to be the best variety for inducing sleep and relieving anxiety and stress.

Of course, it would be naive to suggest that the medical benefits of indica marijuana are solely due to the consistently higher percentages of CBD. In fact, some indica strains have a very high THC content.

This is where secondary cannabis compounds come into play. While we know very little of what each specific compound in marijuana does, we know that the effects of the whole plant are amplified on the human body compared to the effects of a single extracted compound.

Medical Indica Benefits and the Complexity of Marijuana Plant Chemistry

When we consume marijuana, there are far more things acting on our bodies and minds than simply the THC and CBD molecules. THC and CBD are just two of over 100 identified cannabinoid compounds (called phytocannabinoids) in marijuana. 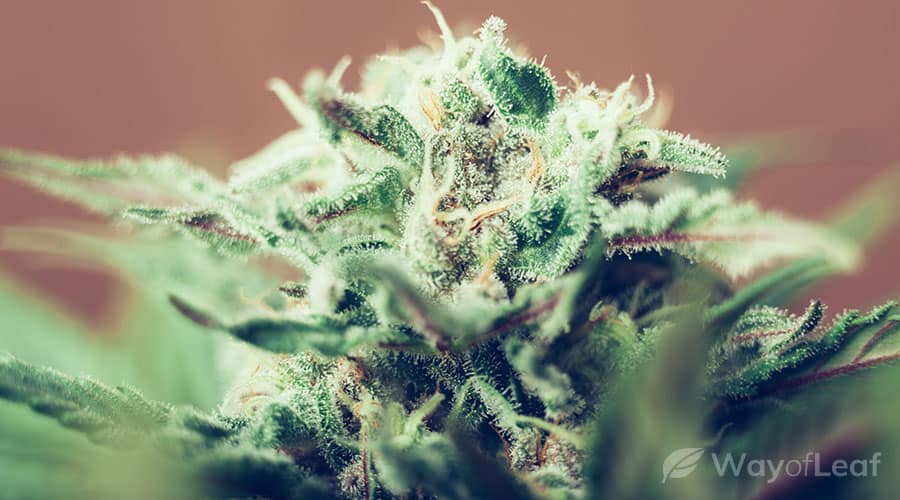 Furthermore, other active compounds like terpenes, flavonoids, and omega acids also play a role in the medical benefits of indica strains and sativa and hybrid strains. In other words, it is the specific full-spectrum chemical blend of pure indica strains that gives them the renowned benefits of sleep, sedation, and body numbing that they’re known for.

But what exactly is this indica chemical blend? That is a question that we’re going to have to wait to find out. To our knowledge, there is no database that has quantifiably identified the phytocannabinoid, terpene, flavonoid, and omega-acid profiles of pure indica marijuana.

That said, we do know that the specific indica profile – whatever it may be – is responsible for producing a relatively consistent range of benefits that we can anticipate and put to use to maximize medicinal therapy.

It has long been common knowledge that one of the best medical uses for indica strains is to promote sleep. Not long ago, the Swiss academic journal Medicines published a report supporting this idea. It claimed that cannabis flower was correlated with “significant improvements in perceived insomnia” and that flower from sativa strains was “…associated with more negative side effects than flower from [indica] plant subtypes.”

So, what is the general takeaway here? Indica marijuana strains are without a doubt your best option if you’re looking to get a better night’s sleep — and there is now scientific evidence to prove it.

High-CBD cannabis is preferable over high-THC cannabis when it comes to anxiety relief. And, of course, as we discussed earlier, CBD is more prevalent in indica cannabis than it is in sativa.

A recent 2013 study has verified as much, claiming that CBD “…reduces the effects of THC on several behavioral functions” and that it is known to “…reduce anxiety and improve the sensation of well-being [that is induced] by a high THC dose.”

Out of the top-12 strains that cannabis reviewers identified as the best muscle relaxers, only one of them (Amnesia) was a sativa strain. The other 11 were either pure indica breeds or indica-dominant hybrids.

Some of the strains that provide the best medical indica effects for spasticity are Northern Lights, Romulan, Nine-Pound Hammer, Platinum Kush, Critical Kush, and Vanilla Kush – all of which are born-and-bred indicas.

Americans for Safe Access (ASA) is a globally recognized organization dedicated to “advancing legal, medical marijuana therapeutics and research.” In their educational resource titled the ASA “Guide to Using Medical Cannabis,” one of the top therapeutic effects of indica cannabis was to help reduce pain and inflammation.

Again, this is likely due to the presence of full-spectrum CBD in indica-dominant weed varieties. Things like pure CBD oils and CBD-infused lotions have been known to work wonders in recent years at minimizing inflammation. Given the dominant genetic profile of landrace indica strains, it makes perfect sense why.

A Brief Summary on the Top Medical Uses for Indica Strains

There is a clear pattern here when discussing some of the top medical uses for indica marijuana strains. Research investigations have pointed out that indica plants tend to have more CBD than sativa. We see that most indica effects are consistent with the perceived effects of CBD. Namely, we see that people commonly use indica strains for:

Suppose you would like to try medical cannabis as a natural therapy (after speaking with your healthcare provider). In that case, we recommend finding a proven indica breed like Northern Lights, Afghan Kush, or Romulan. All of these strains should be relatively easy to find if you have access to a cannabis dispensary.

However, if you can’t find them, ask one of the budtenders if they have something similar. If they know their job at all, they should be able to point you in the right direction of good medical uses for indica marijuana strains.