John Killerlane, B.A., HDip
3 min read
9 comments
Video
Bubblegum Strain Overview
The Bubblegum strain is a strain that is great for a creative and euphoric high that will leave you in a state of bliss and relaxation. It tastes of bubblegum, with slight hints of candy and berry. It's also high in THC and low in CBD, so it’s great for a recreational high, rather than a medicinal one. 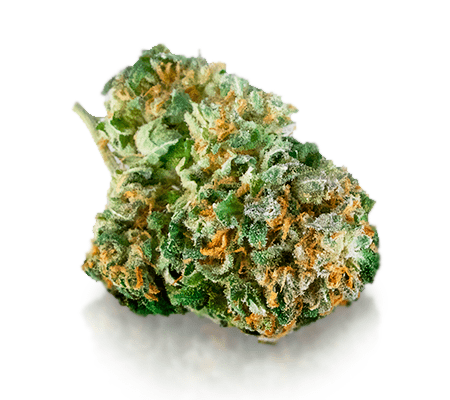 This sweet and fragrant strain originated in Indiana, but from there successive phenotypes of the Bubblegum strain were bred and ultimately perfected, first in New England, and eventually the Netherlands. The process took many generations, but all of that hard work paid off, with the Bubblegum strain going on to win numerous awards.

In 1994 the Bubblegum strain won two awards at the Cannabis Cup, then it clocked up two second-place finishes in the High Times Cannabis Cup in 1995. Further recognition of this strain’s quality came at the Spannabis Cannabis Champion’s Cup in 2005, where the Bubblegum strain once more took the top prize. A second-place finish at the same competition two years later proved that this strain was among the best hybrid strains out there at that time.

What Is the Bubblegum Strain?

The Bubblegum strain was Amsterdam-based breeders, TH Seeds’ first contribution to the cannabis community way back in 1993. It was clearly a successful first venture for them with the strain receiving so many awards. TH seeds classify the Bubblegum strain as being a predominantly indica hybrid strain.

In terms of its effects, the Bubblegum strain’s indica side will leave you feeling deeply relaxed, maybe a little bit too relaxed. This strain is notorious for leaving you couch-locked, which if you are happy just to sit on the sofa and veg out, won’t be a problem. If you have any urgent tasks to attend to, then it is not a good idea to smoke this strain beforehand!

The Bubblegum strain’s indica side will leave you feeling deeply relaxed, maybe a little bit too relaxed.

As well as the wonderfully relaxing deep-body melt feeling that the Bubblegum brings about, smokers of this strain will also enjoy its euphoric and uplifting high. The Bubblegum strain’s ability to lift one’s mood as well as instilling a feeling of deep relaxation makes this strain a perfect evening use strain.

Smokers of this strain also say that they start to think much more creatively too, which makes it a possible option for artistic people looking for a bit of inspiration.

With a name like Bubblegum, you’d be right in assuming that it has a sweet smell, which has unsurprisingly been compared to, well…bubblegum. Its delicious aroma smells like candy infused with sweet and floral notes, blended with a slightly danker, earthier, aroma. 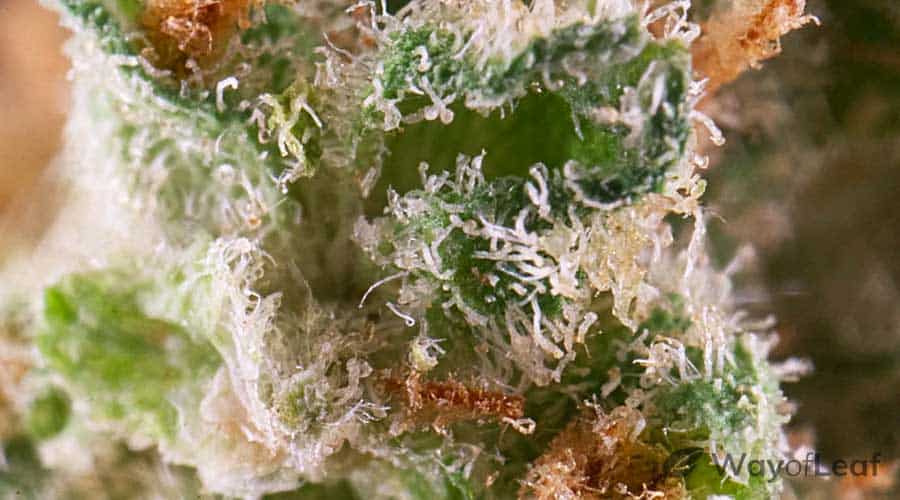 Thankfully, the Bubblegum strain tastes just as good as it smells. Those sweet and fruity flavors blend beautifully with its creamy and berry notes to produce a treat for the taste buds. The Bubblegum strain’s delicious flavor and fragrance are just a couple of the many reasons why this strain’s popularity has continued to grow among the cannabis community.

TH Seeds have described a Bubblegum plant as having a “soldier-like” structure; picture a soldier standing to attention with his arms down by his sides and it’ll give you an idea of how it looks. This plant grows to about 120cm-160cm in height. A Bubblegum plant is quite heavily frosted with trichomes, and bright orange pistils give a little added color to this unusual looking plant.

If growing outdoors, this plant does best in a dry, warm, and sunny climate.

A Bubblegum plant responds well when fed with a diverse range of macronutrients. The flowering period for the Bubblegum strain is between 8-9 weeks with mid to late October being the ideal time of year for outdoor harvesting.

Samples of the Bubblegum strain have been recorded which contained a THC content of 19%. The more typical THC content range for this strain is between 13-17.5%.

The Bubblegum strain’s CBD is a pretty modest 0.10%.

Medical Benefits of the Bubblegum Strain

Apart from being an excellent recreational strain, Bubblegum offers many potential health benefits to the medicinal cannabis smoker. The deeply relaxing effect that the Bubblegum strain has on those who smoke it makes it a very effective way to de-stress and unwind after a long and busy day. 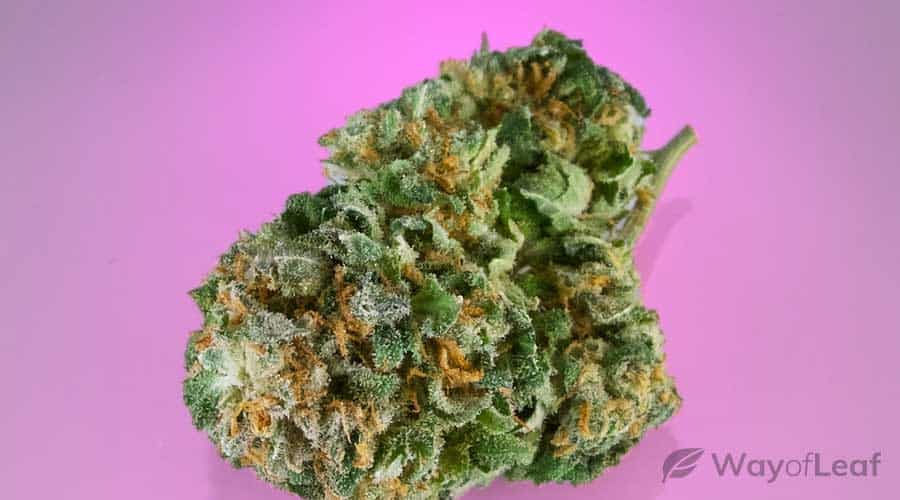 The uplifting effects of the Bubblegum strain also boost mood and leave you feeling euphoric and happy. For this reason, medicinal cannabis smokers suffering from mood disorders such as depression or anxiety will experience relief, albeit temporary, from the negative symptoms of these disorders.

Possible Side Effects of the Bubblegum Strain

The most significant side effect associated with the Bubblegum strain is its tendency to leave people couch-locked. While it may not be a problem for some, others, particularly those who have never experienced the feeling, or who weren’t expecting it, may find it a little distressing.

You can expect to experience the more common and milder side effects associated with smoking cannabis, such as a dry mouth and dry eyes. Some novice smokers also reported feeling slightly dizzy or paranoid or had a slight headache after smoking the Bubblegum strain. More experienced cannabis smokers who are accustomed to smoking stronger strains of cannabis, and those who don’t overindulge, shouldn’t have any problems from smoking Bubblegum weed.

Final Thoughts on the Bubblegum Strain

Related article
The 5 Best Sativa Weed Strains of All Time