A significant advantage that vapers have over smokers is the ability to control the temperature at which you heat your cannabis. Vaping at the ‘right’ temperature not only enhances flavor and produces excellent vapor clouds, but it could also be better for your health than smoking.

There is also a suggestion that setting your vape temperature could help “customize” the effects you feel. For instance, you can increase it if your goal is intoxication.

Another crucial benefit of vaping is the preservation of cannabinoids and terpenes. If you believe that marijuana has medical benefits, it makes sense that you would want to consume the hundreds of compounds in any given strain. This is something you don’t get when smoking weed.

In this article, we talk all about the best vape temperatures for weed. We also check out the different ‘boiling points’ for essential cannabinoids and terpenes. Knowing this information will hopefully help you get the very best from your vaping experience.

Why Is It so Important to Get the Right Vape Temperature for Cannabis?

For recreational users, it seems as if THC is the only cannabinoid that counts! It is the compound best-known for causing an intoxicating high. However, it is one of more than 110 cannabinoids found in the marijuana plant. There are also at least 120 terpenoids, not to mention over 20 flavonoids.

For years, researchers such as Ethan Russo have discussed the entourage effect. One of Russo’s most recent reports was published in Frontiers in Plant Science in January 2019. In it, he outlines a convincing case for the enhanced synergistic properties of multiple cannabinoids.

According to the theory, cannabinoids and terpenes have a more significant effect when combined compared to isolated compounds. A full-spectrum product should provide more therapeutic effects than a THC or CBD isolate. However, researchers continue to look into the topic and have yet to find conclusive proof.

What seems more likely is that certain cannabinoids and terpenes offer possible benefits. A study published in Advances in Pharmacology in 2017 showed that cannabigerol (CBG) has potential anti-inflammatory and painkilling effects. Some data suggests CBD could reduce swelling, and THCV could combat pain and inflammation.

As for terpenes, it seems as if Myrcene enhances CBD’s anti-inflammatory effects. Caryophyllene could also aid with inflammation, while terpenes such as linalool and limonene are also linked with the alleviation of anxiety and an improvement in mood, respectively.

If nothing else, it is clear that there is a lot more to marijuana than CBD or THC. When you smoke marijuana, you expose the plant to a temperature far above the boiling point of almost every compound. For instance, a lighter produces an open flame that can reach a temperature of over 600 degrees Fahrenheit, which means combustion.

At What Temperature Do Marijuana’s Compounds Reach Boiling Point?

In this section, we provide an overview of the boiling points of several relevant terpenes and cannabinoids. Once you vape beyond this temperature, you will begin to enjoy the possible benefits of each compound. To help you understand what this means, we have also added some of the therapeutic effects attributed to each one. Please note, research is ongoing, so there is no guarantee that any compound will have the listed effect*.

In most cases, this is approximately the lowest temperature you will find on a vaporizer. At this level, you will barely activate most compounds, including THC. Also, vaping at an extremely low temperature will likely produce a weak level of vapor, and minimal flavor. As a result, it is probably best to increase the heat.

One thing you seldom read is the importance of setting your vape temperature to about 10 degrees higher than the compound you want. This helps to factor in the moisture left in the strain you intend to vape. If you use dry herb with extra moisture, you need the excess heat to burn it away. It is only when the water gets removed that your vape device begins to burn the material.

At this temperature range, you can just about get THC, along with CBD, CBC, and a few others. You will find that the vapor is probably cooler and doesn’t irritate the throat. It is also likely that side effects such as dry mouth and red eyes become less severe. This is a good range for novices, or people looking to complete chores.

It is the sweet spot where you have terpene access but also lots of cannabinoids. You will experience thicker vapor and get the rich taste of terpenes. The intoxicating effects become more noticeable at this temperature range, and you may feel relaxed and euphoric. It is a good option for experienced users.

This is probably the best range for those seeking maximum cannabinoid extraction. In particular, CBD and THC. The vapor is warmer, and you may feel some throat irritation. You will also experience potent intoxication, which may include sedation or lethargy.

It is best if you only vape in this temperature range at night for this reason. It is probably a solid option for users with a high tolerance to weed. Once you go beyond this range with dry herb, you are risking combustion.

At that point, there is a risk of producing an increased level of toxins. While smoking marijuana is less unhealthy than tobacco cigarettes, the process still releases carcinogens when the plant material is combusted.

I Should Definitely Vape at a Lower Temperature, Right?

On the surface, it seems like the most sensible option. However, a study published in PLoS One in 2016 suggests otherwise. After performing testing using a variety of vaporizers, the researchers concluded that 410 degrees Fahrenheit was the ‘set’ point. One of the researchers, Dr. Arno Hazekamp, said that 410 degrees was probably “the best balance between efficient evaporation of terpenes and cannabinoids and smoothness of vapor.” 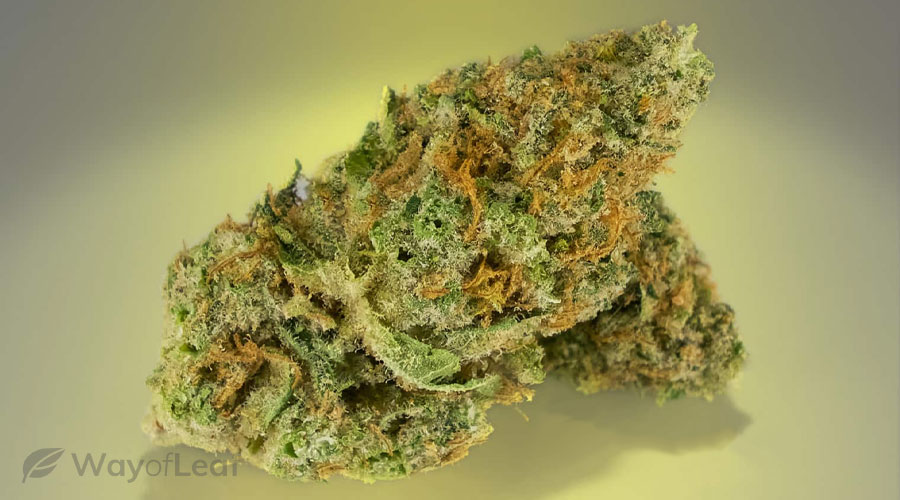 However, he also said that vaping at temperatures above 450 degrees was potentially harmful. Hazekamp suggested that at such a temperature: “vapor will become harsh and could start to burn. When that happens, you are creating the same toxic compounds as [you are] when you smoke.”

Interestingly, Dr. Ian Mitchell of the University of British Columbia disagrees. He noted the Dutch study but believes the ideal vaping temperature for cannabis is between 347 and 392 degrees.

Final Thoughts on the Best Vape Temperatures for Weed

Ultimately, it seems as if the ‘right’ vape temperature depends on your aims and goals when using marijuana. Those seeking a more potent level of intoxication will likely enjoy the effects of vaping above 400 degrees. However, make sure you don’t cross the line into combustion. 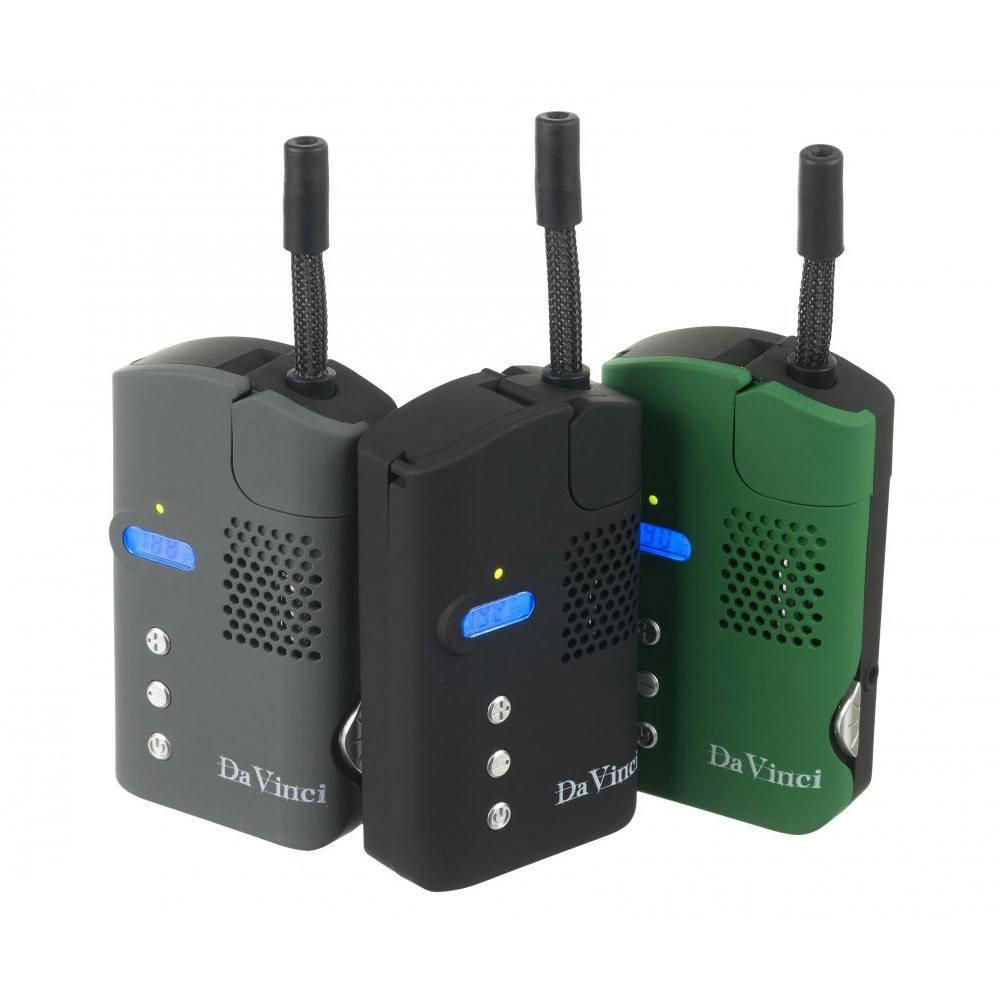 MMJ users should probably begin at around 320 degrees and perhaps increase to 350 degrees to see how it impacts them. The current generation of vaporizers includes options that enable you to adjust the temperature to a precise degree. Less expensive vape devices often offer a handful of ‘ranges’ which is probably sufficient for casual users.

When using a vaporizer, play around with it to determine the right temperature for you. Here are a few pointers and reminders to finish with:

As such, consider high temperatures in the evening and at night, and lower ones in the morning and afternoon.

Water pipes that are affordabl…

Related article
PAX 3: What You Need to Know About This Vape