Nail patella syndrome is a rare disease with a variety of seemingly unrelated symptoms. And although the condition is uncommon, several states with medical marijuana programs list it as a qualifying condition. They include Illinois, Michigan, and Maine.

What Is Nail Patella Syndrome?

This rare genetic disease causes problems with the nails, bones, kidneys, and eyes.

It is often apparent from birth, although it may not become evident until later on in some cases. This is because nail-patella syndrome causes a range of symptoms that can vary significantly from patient to patient.

People with nail-patella syndrome often have missing or deformed fingernails. It affects the toenails less frequently. These nail problems are usually most obvious in the thumbs. They include:

Nail patella syndrome can also cause issues with various bones. As the name suggests, the most commonly affected bones are the patellae (kneecaps). In some cases, the kneecaps may be small or misshapen. In others, they may be missing entirely. People with the condition are often prone to:

The elbows may also be affected, causing difficulty with straightening or rotating the arms.

Furthermore, around 70% of people with nail-patella syndrome will have bony growths on their pelvis. These are known as iliac horns. They do not usually cause problems but may help diagnose the disease.

The condition can cause excess protein in the urine, a symptom known as proteinuria. Over time, this can progress to kidney disease and, eventually, kidney failure.

People with nail-patella syndrome are at risk of early-onset glaucoma. In glaucoma, pressure builds up inside the eye, leading to blurred vision and eyesight loss.

Some of the other problems the condition causes include:

People with nail-patella syndrome may also have distinct physical characteristics, such as a high hairline.

In 95% of cases, nail-patella syndrome results from a mutation in a gene known as LMX1B. Experts believe that this gene has several vital functions in the body. They include turning on other genes responsible for the development of the nails, patellae, elbows, kidneys, and eyes.

In most cases, the genetic mutation comes from a parent, although it can also occur spontaneously.

There is no cure for nail-patella syndrome. However, it is possible to manage some of its symptoms with medication and other therapies.

People with knee and elbow problems may find physical therapy and splinting or bracing helpful. They can also use painkillers to manage discomfort. However, people with nail-patella syndrome should not take long-term non-steroidal anti-inflammatory drugs (NSAIDs) like ibuprofen. This is due to the raised risk of kidney disease.

If kidney disease occurs, dialysis or a transplant may be necessary. Since kidney disease can lead to high blood pressure, doctors may also prescribe medication to manage this.

Other nail-patella treatments include eye drops for glaucoma and medication to alleviate other symptoms.

People with nail-patella syndrome may end up taking a cocktail of different medicines to keep their symptoms under control. This has led some patients to wonder whether cannabis could offer a more effective solution.

Although it cannot cure the condition, cannabis could help to relieve several different nail-patella symptoms. Therefore, some states have begun including it as a qualifying condition in their medical marijuana programs.

Cannabis has the potential to help patients reduce the number of medications they need to take each day. In some cases, it may work as effectively as prescription drugs, with a lower risk of side effects.

Unfortunately, there is little research specifically on medical marijuana for nail-patella syndrome. However, there are plenty of studies that back its use for specific symptoms.

Some of the nail-patella syndrome symptoms that cannabis may benefit include: 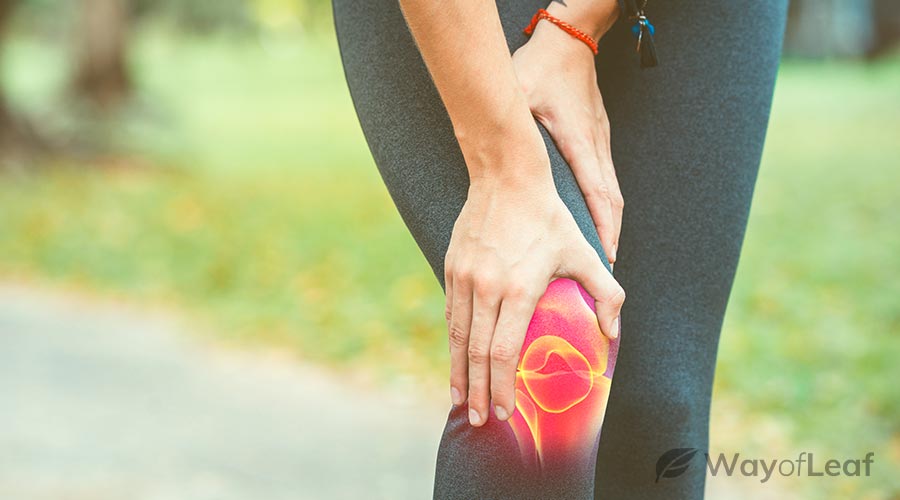 Chronic pain is one of the most typical reasons why people use medical marijuana. The results of clinical trials are inconsistent, but there are many anecdotal reports of marijuana providing effective pain relief.

Cannabis may be especially effective for neuropathic pain, which is notoriously hard to treat with regular painkillers.

The study results showed that people using cannabis-based medicines were more likely to experience 50% or more pain relief than those taking a placebo. However, they were also more likely to drop out of studies due to adverse effects.

To reduce the risk of side effects, patients should use the lowest dose of marijuana that provides relief. One possible solution is microdosing, which involves using small amounts of cannabis throughout the day.

Cannabis is famous for its anti-inflammatory properties and could, therefore, relieve joint pain and arthritis. The non-intoxicating cannabinoid, CBD, could be especially effective here.

Furthermore, a 2016 study for the European Journal of Pain supports these findings. It looked at the effects of transdermal CBD gel on rats with arthritis. The results showed that CBD reduced both joint swelling and pain in the rats.

Although these were both animal experiments, more and more people are using CBD oil and topical creams for arthritis pain. Reviews of these products’ effectiveness are positive overall.

One of the most famous conditions that marijuana can help with is glaucoma. Although it is unclear how it works, cannabis appears to reduce intraocular pressure (IOP) effectively.

A National Academy of Sciences publication goes so far as to say, “There is no question that marijuana-based medicines can be used to lower IOP.” However, it does go on to explain that the adverse effects of cannabis may make it unsuitable as a treatment in many cases.

Research into cannabis-based medicines and osteoporosis is in its infancy. However, some scientists are suggesting cannabinoids could help with this particular nail-patella symptom.

A 2010 report in Current Neuropharmacology explains that the endocannabinoid system is present in bone cells. It appears to influence how the cells differentiate and function. The report also suggests that cannabinoid receptors may be a therapeutic target to suppress excess bone loss.

The plant is famous for its ability to enhance the appetite, a side effect known as the munchies. However, the relationship between marijuana use and body weight is a complex one. Research published in Innovations in Clinical Neuroscience explains further.

The review states that cannabis may increase body weight in patients with HIV or cancer. However, it may have opposite effects on healthy individuals. In fact, regular marijuana users tend to have a lower body mass index than non-users.

This strange phenomenon suggests that cannabinoids may have a regulatory function over metabolism and body weight. It is unclear whether cannabis would help to increase body weight in nail-patella syndrome.

The existing research on cannabis highlights some potential issues with using it to treat nail-patella syndrome.

Firstly, not everyone enjoys the intoxicating effects that high-THC marijuana strains induce. Other unpleasant THC side effects include dry mouth and eyes, dizziness, and a racing heart.

It may be possible to reduce the risk of side effects by using the lowest possible effective dose. There may also be a reduced risk of problems when using non-intoxicating, hemp-derived CBD products.

Either way, it is critical to consult a physician before using any kind of cannabis therapy for nail-patella syndrome. They will help each patient to assess whether the benefits of marijuana outweigh the risks for them.

Cannabis cannot cure nail-patella syndrome, but it may help with some of its symptoms. Therefore, a small number of states list it as a qualifying condition for medical marijuana treatment.

For individuals residing in Illinois, Maine, or Michigan, it should be easy to get a medical card for nail-patella syndrome. Furthermore, many other states list symptoms such as glaucoma and chronic pain as valid uses for medical marijuana.

However, anyone considering using cannabis for nail-patella syndrome should talk to a knowledgeable physician for further advice. They will ensure that it is both safe and appropriate.