Scientific research suggests that cannabis could be helpful for people with post-traumatic stress disorder (PTSD).

This article explores the biology behind PTSD, why cannabis could be beneficial, and the evidence supporting cannabis use for PTSD. 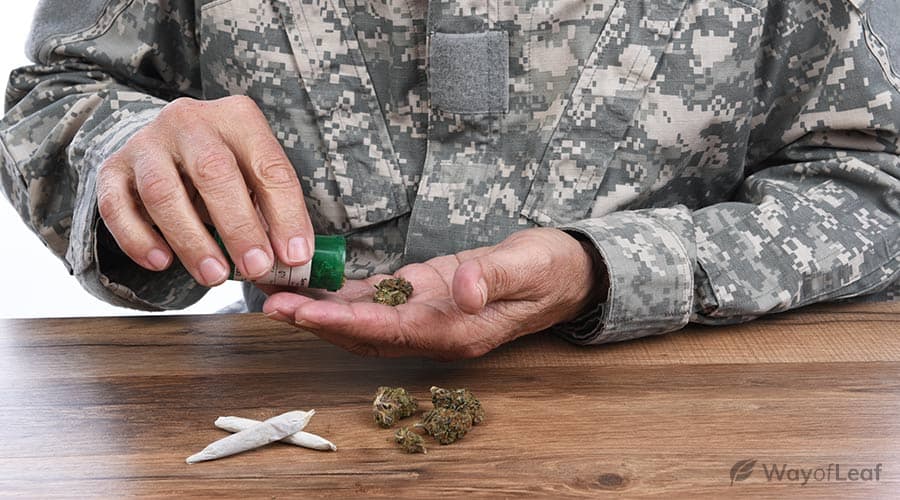 The impact of these events leads to various symptoms that characterize the condition. The key symptoms of PTSD include:

The sympathetic nervous system, also known as the “fight or flight” response, activates during stressful situations. The sympathetic nervous system activates when the amygdala sends signals that cause chemical messengers to be released. These chemical messengers, adrenaline, and norepinephrine, then act on various organs to increase the body’s readiness for action. For example, they increase heart rate so blood can supply muscles with more oxygen.

Alterations in brain function mean people with PTSD often respond to non-threatening things in their environment as if they were in real danger.

Following a traumatic event, the body increases its sensitivity to danger, meaning the amygdala goes on high alert, and the sympathetic nervous system becomes overactive. This effect means people with PTSD often respond to non-threatening things in their environment as if they were in real danger. Things that remind the traumatized person about the event can also trigger this response.

Alongside the increased activation in the amygdala, the brains of PTSD patients also show decreased activity in a brain area called the prefrontal cortex (PFC).

The PFC is the logical part of the brain, which works out whether or not it’s helpful to activate fight or flight and can stop the amygdala from firing messages. In PTSD, because this shutdown mechanism is decreased, people are less able to control the activation of their fight or flight in situations where it’s not needed.

Whereas PTSD tends to result from a single event or several events that occur within a short period, complex PTSD (C-PTSD) is a type of PTSD caused by many events that happen over a long period.

C-PTSD is most often associated with repeated abuse during childhood, leading to constant distrust in others and difficulties managing and maintaining relationships later in life. People with C-PTSD may also find it hard managing their emotions and can often experience depersonalization, meaning they feel separate from their bodies and thoughts.

How Can Cannabis Help Treat PTSD?

CBD, one of the key components in cannabis, is well-known for having a calming effect on the nervous system. For example, it decreases the heart rate and helps promote restorative functions, which shut off during fight or flight. Therefore, CBD could help relieve the constant fight or flight state that people with PTSD experience.

As well as CBD, scientists have also found THC, the ingredient in cannabis responsible for creating the “high” effect, could also help people with PTSD. For example, research has demonstrated that THC can decrease activity in the amygdala, so it could help reduce the amount of stress signaling for PTSD patients.

However, some of the effects of THC can trigger the stress response rather than suppress it. For example, THC increases heart rate and can cause feelings of panic and anxiety. Therefore, for some people with PTSD, THC may worsen rather than manage symptoms.

Another way cannabis may be helpful in PTSD is by improving fear extinction.

Things in the environment associated with the traumatic memory can trigger PTSD patients to respond as if the trauma was still happening. The reduced ability to overcome these responses, i.e., impaired fear extinction, is a crucial clinical characteristic of PTSD.

Evidence from animal experiments has demonstrated cannabinoids can help decrease the time required for fear extinction. Cannabis might therefore be useful in helping people with PTSD override trigger responses to things associated with traumatic memories.

As well as helping to counter some of the biological mechanisms behind PTSD, cannabis may help alleviate the symptoms of PTSD. For example, multiple studies have demonstrated that CBD can help improve sleep in people with insomnia and can help decrease anxiety.

What the Research Shows About Cannabis and PTSD

In one experiment, a team of researchers investigated the response of adults to a series of images showing both threatening and non-threatening faces. When the researchers showed traumatized adults threatening faces, their amygdala activity increased, and their reaction times decreased. However, these effects weren’t strong if the participants had THC beforehand.

These brain and behavioral effects mean THC may help people with PTSD control some of their amygdala activation and stress responses. 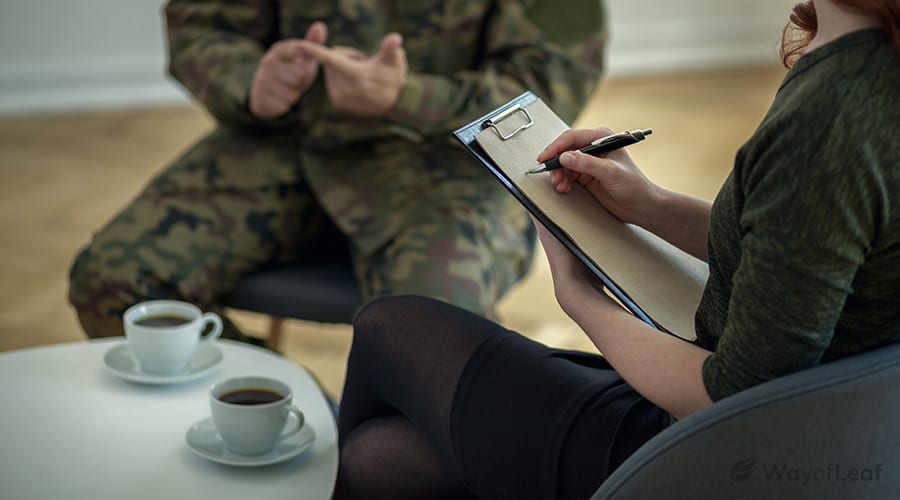 A review of several different cannabis studies found that THC at low doses, combined with other cannabinoids, was beneficial at increasing fear extinction. Their researchers also concluded that whereas THC is better for helping override traumatic memories, CBD is better for managing PTSD symptoms.

An experiment looking at the effects of cannabis on managing PTSD symptoms analyzed data from patients who were part of the New Mexico Medical Cannabis program from 2009-2011. Their results found that patients using cannabis had a 75% decrease in symptom scores compared to those who weren’t using cannabis.

However, a study conducted on war veterans found opposite results, showing that cannabis use was associated with increased severity of PTSD symptoms, violent behavior, and drug and alcohol use. The difference in results might be because one group of patients used cannabis in a medical setting, whereas the other group used cannabis recreationally.

Although rare, long-term cannabis use can also cause cannabinoid hyperemesis syndrome (CHS), a condition where people have repeated episodes of nausea and vomiting. Because CHS episodes can cause severe dehydration, this can have related effects such as kidney failure and muscle spasms.

CBD tends to have fewer side effects than THC, so CBD may be a safer option than cannabis for managing PTSD symptoms.

Generally, CBD tends to have fewer side effects than THC, so CBD may be a safer option than cannabis for managing PTSD symptoms. If you’re new to CBD, check out our beginners guide here.

Because PTSD is a serious condition, we recommend not self-medicating. Instead, consult with a doctor first about what treatments are best for you. If you’re new to treatment, a doctor may recommend non-drug forms of therapy first, such as:

PTSD and C-PTSD can present themselves in various ways, meaning thinking about treatments can be very complicated, as what might be helpful for one person might not be for another.

Cannabis could help relieve some of the symptoms of PTSD and might be useful in aiding fear extinction. However, more evidence is needed to assess the long-term outcomes of cannabis use in PTSD patients.

Because of the added dangers from illegally-bought cannabis, we recommend only using cannabis if you’re in a place where medical cannabis is available on prescription or consider legal CBD products as an alternative.