Written by Dr. Mike Bohl
3 min read
3 comments
Read Later
All information on this website is for general informational purposes only and is not intended or implied to be a substitute for professional medical advice, diagnosis or treatment.

CBD is a non-intoxicating cannabinoid found in hemp and marijuana plants. The CBD phenomenon began just a few years ago, but it is already a multi-billion-dollar industry. Not only are adults using the cannabinoid, but parents are also giving it to their children. Remember, it is non-intoxicating, and most brands ensure their CBD products contain minimal or no THC.

The famous story of Charlotte Figi is perhaps one of the reasons why the CBD industry proliferated. Charlotte had Dravet’s Syndrome and suffered hundreds of seizures a week. After using a high-CBD cannabis strain, the number of seizures was reduced to a handful per month.

For many parents, the FDA approving Epidiolex in June 2018 legitimized the practice of giving CBD oil to children. Created by GW Pharmaceuticals, Epidiolex is a pharmaceutical that contains CBD. The FDA approved its use in children for two severe forms of epilepsy: Dravet syndrome and Lennox-Gastaut syndrome. However, parents also use CBD oil and other products not approved by the FDA to help with hyperactivity, autism, and anxiety issues.

However, parents also use CBD oil and other products not approved by the FDA to help with hyperactivity, autism, and anxiety issues.

Although research is ongoing, scientists are, at present, unable to definitively conclude that CBD is effective and safe when used on adults or children. The World Health Organization (WHO) has said that cannabidiol has a good safety profile. While this has alleviated some fears, we still need to learn more about how CBD impacts children.

Why Do Parents Give CBD to Their Children?

Parents give cannabidiol to their kids for a variety of reasons, which we outline below. However, at the time of writing, the FDA has only approved CBD in the form of Epidiolex, and that medicine is only approved for use in certain types of epilepsy. 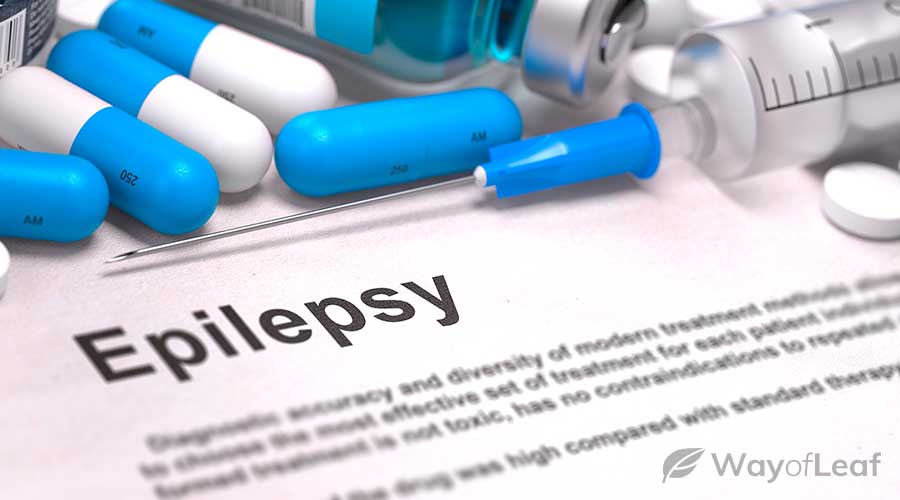 Both Lennox-Gastaut syndrome and Dravet syndrome include hard-to-control seizures as one of the primary symptoms. Epidiolex comes from purified CBD derived from the Cannabis sativa plant. It is a strawberry-flavored, sesame oil-based oral solution.

The FDA gave its approval after the drug went through three randomized, double-blind, placebo-controlled studies. Over 500 patients with either Dravet or Lennox-Gastaut syndrome were involved in the trials. According to the research, the drug helped reduce the frequency of seizures when compared to the placebo.

A study published in Seizure in 2016 showed similar results. The research involved 74 children with intractable epilepsy. After using a solution with a 20:1 CBD to THC ratio, 89% of the children showed a reduction in seizure frequency. 52% of them reported a reduction of at least 50%.

A study published in Scientific Reports in 2019 analyzed a high-CBD oil on 188 children with autism spectrum disorder (ASD). The majority of users consumed an oil with 30% CBD and 1.5% THC. After six months of use, over 83% reported a moderate or significant improvement in symptoms. These included better quality of life and a greater ability to perform activities of daily living.

Another study, published in Frontiers in Pharmacology in 2018, looked at oral CBD use in children with ASD. Fifty-three children received the cannabinoid daily for a median duration of 66 days. Rage attacks and self-injury decreased in over 67% of patients but worsened in almost 9%. Hyperactivity symptoms improved in over 68% of the children and worsened in less than 3%.

While there are numerous studies into CBD oil’s effect on adults’ anxiety, there is minimal data regarding children. A report published in The Permanente Journal in 2016 involved a case study of a 10-year old girl. She had experienced extreme trauma in her life to date, and pharmaceutical medications provided partial relief at best. She reported that her feelings of anxiety decreased after using CBD oil.

Can you get MMJ as a teenager?…

Parents also use CBD for children with ADHD. However, there is no detailed research that shows the efficacy of the cannabinoid in this instance.

What Legal Issues Do Parents Face When Giving CBD to Children?

First and foremost, parents must ensure that whatever CBD product they use, it comes from hemp and contains a maximum of 0.3% THC. Otherwise, they must apply for an MMJ card on their child’s behalf in a state with a medical marijuana program.

It is also important to remember that CBD isn’t strictly legal in all 50 states. The cannabinoid itself isn’t FDA approved, and the market is virtually unregulated, except in a handful of states.

In Indiana, Lelah Jerger gave her daughter, Jaelah, CBD oil after being offered it by a chiropractic neurologist during an appointment. Jaelah has epilepsy. According to Jerger, the CBD oil reduced her daughter’s seizures from thirty a day to just two.

When she bought more CBD oil from a hospital, the facility contacted Child Protective Services (CPS). Soon, the family was the subject of an intensive and invasive investigation. Lelah was terrified that her daughter would get taken away. The family has since sued the CPS.

The above is only one instance where parents faced potential legal issues. They must ensure they thoroughly analyze the legality of CBD where they live before proceeding.

Does CBD Have Any Side Effects?

Although the WHO is confident that CBD is safe to use, there are potential side effects. In the 2016 Seizure study mentioned earlier, 7% of the children who used CBD reported an aggravation of seizures. The researchers withdrew these children from the study. Side effects also include fatigue, somnolence, and GI disturbances.

Related article
CBD Side Effects: Things You Should Know!

Exploring the advantages and d…

During the Epidiolex clinical trials, a moderate dose caused side effects in approximately 10% of users. This included:

In 2020, the FDA released a statement saying that CBD has the potential to harm users. It suggested that CBD could:

CBD interferes with some enzymes required to metabolize drugs in the body. Parents are advised not to give CBD to children if they use any medication with a grapefruit warning.

As it is an unregulated industry, parents must research the brands they are considering using. A study published in JAMA in 2017 looked at the labeling accuracy of CBD extracts sold online. It analyzed 84 products from 31 companies. Overall, it found that almost 43% of products understated the level of CBD. Over 26% overstated the CBD content. More concerningly, over 21% of samples contained detectable levels of THC.

More concerningly, over 21% of samples contained detectable levels of THC.

The amount of THC found was enough to cause intoxication amongst many adults, let alone children. It is imperative that parents only choose products that have verifiable, third-party lab reports. This information enables them to determine the CBD and THC content. It also shows whether there are any pesticides, heavy metals, or other toxins.

Here is a summary of things to consider:

Final Thoughts on Whether CBD is Safe for Kids

At present, the lack of FDA approval is causing issues for parents who want to give CBD to their children. Strictly speaking, they can only use Epidiolex if their child has one of two rare forms of epilepsy. This is despite the fact that research is starting to show that CBD could help with autism, insomnia, anxiety, and other issues.

Parents looking to try it must remain wary of legal issues. They must also understand that adverse effects are possible. To date, research suggests such problems are minor, but more studies are required to confirm.