Written by Editorial Team
3 min read
4 comments
Read Later
Stephen Hawking Kush Strain Overview
The Stephen Hawking strain is an indica-dominant hybrid that has really made a name for itself amongst the medicinal marijuana community. It has the ability to help with all sorts of conditions from mental to physical, and has a pretty high CBD average of 13% as well. In addition, it also has a nice fruity and grape-like flavor with notes of mint interwoven within. 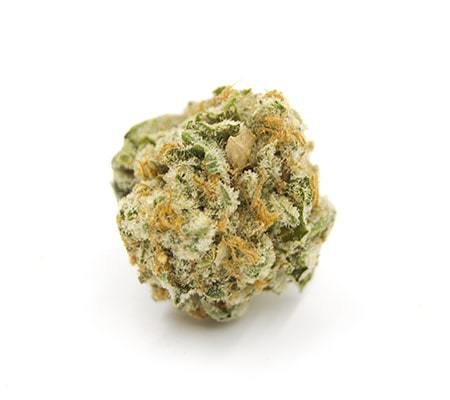 Named after the world-famous theoretical physicist, Stephen Hawking Kush is the indica dominant hybrid that has made a name for itself amongst cannabis enthusiasts, particularly those using the plant medicinally.

Not like your average bud, Stephen Hawking Kush boasts high levels of CBD that rival most medicinal strains, and today we are going to be reviewing this fantastic bud and telling you why you need to try it for yourself!

If you are on the market to try a new strain this year, this one is indeed worth a go and can make for effective pain relief as well as just a great strain to chill out with!

What Is Stephen Hawking Kush?

Stephen Hawking Kush, otherwise known as SHK, is the brainchild of the innovative Alphakronik Genes. The second in their mastermind line of high CBD strains, fondly known as the “great minds” range, this is the fruity, zesty bud that packs a high CBD punch to rival the medical marijuana market.

Imagine a bud that washes your senses with a fresh, fruity tidal wave while simultaneously relieving tension, pain, and stress in one fell swoop. SHK offers all that and more with its discreet high that works effectively for medicinal purposes as well as recreational.

So what does Stephen Hawking Kush have to offer? Well, thanks to its ancestor strains – the infamous Harle-Tsu and Sin City Kush – it turns out quite a lot! With an incredibly impressive CBD level at around 13% and THC levels at anywhere between 5-12%, this strain has more CBD in its genes that it has THC!

Don’t let the low levels of THC put you off, if you are looking for an enjoyable high that isn’t going to send you off the wall but instead invokes feelings of creativity, relax and blissful awareness, then this is perfect!

You can get your hands on three phenotypes of SHK, but don’t worry, all three offer similar effects and are all singing from the same hymn sheet when it comes to aroma and taste too!

The phenotype of this tasty bud you end up with will determine its overall structure, as each grows differently with specific phenotypes growing long and thing, others growing stout and sturdy. However, one thing remains clear – this is one beautiful bud no matter how it grows!

Stephen Hawking Kush benefits from vibrant hues of color, with bright green, spade-like nugs and huge leaves that are a deeper hue of green but are partial to purple and blue tones when exposed to colder temperatures during the later stages of growth. 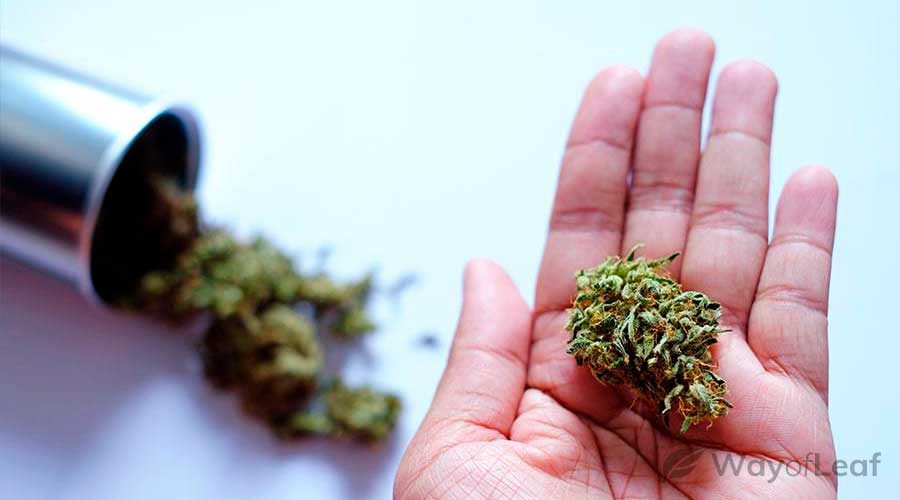 The medium-sized nugs are pretty ragged in structure and coated in a thick frosting of trichomes making them super sticky to the touch. Mingling between the trichomes are deep amber hairs that add another dimension to this already pretty flower.

We can’t get enough of the aroma that radiates from Stephen Hawking Kush, inhale notes of grape and berry upon the first inspection, but with subtle undertones of an earthy freshness that is incredibly appealing. Upon burning you will be struck with how sweet this bud is, and as the fruity aroma intensifies, you should pick up some subtle hints of minty freshness.

The smoke for SHK is super smooth and tastes similar to how the bud smells once combusted. Sweet, tangy and fresh are the most common words used to describe this lovely indica, and it is indeed one you can come back to time after time!

The effects of this vibrant indica are incredible thanks to the specialized balance of CBD to THC. The high comes on pretty quickly, which is unusual for an indica, but don’t fret; it is a subtle, relaxing wave of a high that won’t leave you in a state of paranoia or couch-lock when dosed correctly.

SHK is perhaps one of the mellowest buds we have tried out in a long time, and it lends itself to self-care activities and creative flow. Crack on a documentary, try out soma yoga or even go for a run – the physical freeness and subtle mental stimulation will be the perfect accompaniment!

Users report a pretty mild high overall, with physical effects taking place first in the neck before working its way outwards to the rest of the body. Ideal for those with muscle spasms, tremors of chronic pain, you will feel floaty and free, but without a heavy sedative side effect.

This is an ideal option for those struggling with anxiety, PTSD, depression or insomnia as the mental high frees away stresses, and leaves you feeling mildly cerebral and subtly euphoric with creativity that combats the daily worries of life.

It has also been known to banish nausea and encourage eating, making it ideal if you have struggled with your appetite as a result of illness or an eating disorder. You can go about your day unscathed, in a state of peace for up to 3 hours or more with this wonderful bud – don’t expect to take on Stephen Hawking’s state of mind!

If you are hoping to bag some seeds for Stephen Hawking Kush for yourself, you’re in luck, as Alphakronic Genes sell them on their website! This bud is relatively easy to cultivate, and shouldn’t cause too many issues for the budding cannabis grower!

Perfect growing both indoors and outdoors is achievable here, and you should expect a pretty decent yield if done well. For those looking to grow their bud outdoors, you will need a semi-humid climate for optimum progress, and temperatures during the day between 70-80 degrees.

Those opting for an indoor grow can expect their bud to flower between 7-8 weeks. Remember, if you want to benefit from those kaleidoscopic hues, expose your plant to cooler temperatures towards the end of the growing period.

Thanks to its high CBD levels, there are very few reports of paranoia or mind-racing thoughts with this bud, which is ideal for those struggling with mental health conditions. Much like any strain, you should expect dry mouth and eyes, which can easily be combatted with a drink to hand and an aired out environment.

If consumed in too high a dose, Stephen Hawking Kush has been known to cause dizziness and couch-lock, so bear this in mind when using this flower.

Round-Up: What Do You Make of Stephen Hawking Kush?

If you came here expecting the secrets to the universe, then we’re sorry to disappoint – despite its name SHK isn’t the most thought-provoking bud out there on the market. However, that being said, it is undoubtedly of the most medicinally beneficial, and one of the most chilled-out we’ve come across.

For a long, lazy day, reading a book or watching TV, this is ideal. It lends itself to a huge audience thanks to its subtle high making it suitable for both daytime and night use. But what we want to know is whether you have had a go with this bud before?

Let us know in the comments your thoughts on the Stephen Hawking Kush cannabis strain, and whether you will be racing to try some after today’s review!