We know that marijuana can offer practical relief for a variety of health challenges. People use various cannabis strains to help manage pain, reduce nausea, promote appetite, and even to help achieve a quality night’s sleep. But what about using marijuana for depression?

Some anecdotal reports claim that cannabis is a legitimate and effective treatment option, but is there any medical or scientific validity to this?

In this article, we explain the slightly complicated relationship that exists between marijuana and depression. Should you be considering cannabis as a possible option for your depression? Read on to find out.

Marijuana and Depression: What Users Need to Know

Major depression is one of the most prevalent mental disorders in America. According to recent data from the National Institutes of Mental Health, around 7% of adults have at least one major depressive episode in a calendar year. 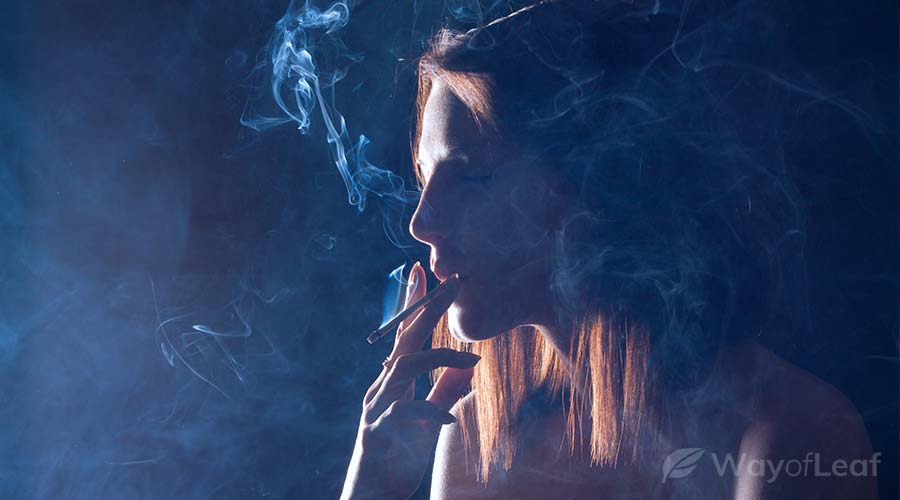 Depression is an extremely complex and complicated disorder. There are a number of theories as to the cause, with the most popular one being that it results from an imbalance of certain neurotransmitters (specifically norepinephrine, serotonin, and dopamine) in the brain.

Since marijuana (specifically the compound THC) works to stimulate neurons that release dopamine, some have assumed/suggested that medical cannabis can effectively treat various forms of depression. However, the “cannabis & depression” relationship is not quite as simple as this.

How Does Cannabis Affect Depression?

Endocannabinoids and their receptors (namely the CB-1 and CB-2 receptors) are present in everyone. This is true whether we’ve ever smoked marijuana or not. The chemically active cannabinoids in marijuana, called phytocannabinoids, are very similar in structure to anandamide, which is one of the body’s endogenous (i.e., “endo”) cannabinoids. Anandamide is often referred to as the “bliss molecule” because of its role in “heightening motivation and happiness.”

Related article
What Is Anandamide? [The Definitive Guide]

All about this magical molecul…

An enzyme called fatty acid amide hydrolase (FAAH) is responsible for breaking down anandamide in the body. Some research has suggested that inactivating FAAH may produce pain-relieving, anti-inflammatory, anti-anxiety, and antidepressive effects.

Interestingly, CBD – another natural phytocannabinoid in many strains of cannabis and hemp – may play a role in preventing the degradation of anandamide by FAAH. In fact, emphasis has been put in recent years on the potential study of CBD and its relationship with depression and other emotional disorders.

Simply put, there is no evidence as of yet that supports the clinical use of cannabis for depression. That being said, there are contemporary publications that discuss the antidepressant and anti-anxiolytic (anxiety-relieving) properties of CBD.

For instance, a 2014 review published in CNS & Neurological Disorders Drug Targets found that CBD can influence serotonin receptors’ activity in the brain. This is of significant importance given the fact that many prescription medications for depression – particularly selective serotonin reuptake inhibitors (SSRIs) – work by regulating serotonin levels.

A separate study published in Frontiers in Immunology in 2018 comprehensively reviewed decades worth of research on a variety of CBD’s pharmacological properties. The paper discussed the “antidepressant action” of CBD, suggesting that this action may be mediated by physiological processes in the hippocampus and medial prefrontal cortex (mPFC). Antidepressant activity may also be related to the “activation of TRPV1 receptors at [high] doses.”

In short, it appears that any future clinical use of cannabis for depression may involve strains that possess high amounts of CBD. A variety of hemp-based CBD products are, of course, already available on the market, including products such as CBD oils, capsules, edibles, and vape products. Unlike cannabis strains with high THC levels, these hemp-derived CBD products do not provide an intoxicating high.

The “Biphasic Effect” May Also Influence Marijuana and Depression

Another factor that may affect any potential relationship between cannabis and depression is what’s known as the biphasic effect. This refers to the fact that marijuana can produce very different physiological effects, depending on the amount that is consumed.

For example, while a small dose of cannabis may prove useful for an individual in terms of promoting calm and relaxation, a higher dose of the same cannabis product (whether it be a joint, edible, tincture, etc.) may result in anxiety, stress, and even paranoia.

Many recreational cannabis users – and even some medical users – use cannabis under the assumption that higher doses will result in stronger or more potent therapeutic benefits.

Due to the biphasic effect, this is not always the case. In fact, those who consume cannabis in high doses may not be taking full advantage of cannabis’s wide range of medical benefits.

This is possibly due to the adverse effects produced by excessive amounts of THC in the central nervous system (CNS). When the brain is repeatedly overwhelmed with THC, it actually deactivates CB1 receptors. This may prove counterproductive for those that are trying to experience the true therapeutic range of cannabis.

This brings us to another topic altogether, which is the act of microdosing.

Microdosing Cannabis: Does it Have Any Effect on Depression?

As we cover the essentials of microdosing in other articles, we will keep the explanation here short.

Simply put, microdosing involves consuming very small amounts of cannabis at a time. Since biochemistry and cannabis tolerance differ immensely from person to person, it can be difficult to define a microdose.

Recent research notes the efficacy of microdosed cannabis for pain relief, wherein test subjects were given 0.5mg and 1mg doses of THC. According to the Pain News Network, this amount is about 75 times less than the daily amount that typical cannabis patients consume.

While there is no specific research on microdosing cannabis for depression, it’s possible that similar principles may be involved. When a person consumes a large amount of THC, they run the risk of overwhelming their central nervous system and downregulating endocannabinoid receptors. The brain recognizes the excessive presence of THC as unnatural, and it responds by telling the body to deactivate receptors.

To take full advantage of the potential therapeutic benefits of cannabis, ECS receptors need to be present and active in the highest amount possible. Over-consumption of cannabis, while producing stronger intoxicating/mind-altering effects, does not appear to be beneficial in this regard.

Final Thoughts on Marijuana and Depression

Again, we reiterate the fact that there is no clinical evidence on the therapeutic use of cannabis for depression. A complex physiological relationship likely exists between marijuana and the various symptoms of depression, and much more research is needed to understand how (or if) compounds such as THC and CBD influence the biochemical pathways involved in clinical depression.

Much more research is needed to understand how (or if) compounds such as THC and CBD influence the biochemical pathways involved in clinical depression.

That being said, various published studies (as referenced above) have identified the antidepressant properties of CBD in animal models. It’s possible that in the future, CBD – not THC – may be used as a means to mitigate common symptoms of depression. However, much more research is needed before anyone can come to such a definitive clinical conclusion.

If you’re interested in using cannabis for depression, be sure to speak with a medical cannabis doctor (if that is an option in your state) about the possibility of obtaining a medical cannabis card. Medical marijuana dispensaries carry various cannabis products, including CBD-specific products that do not produce an intoxicating high.

Cannabis Use Disorder: What Is It & Can CBD Help?

Is CBD the answer?

6
5 min read
Join the discussion
TOC
Premium
Your subscription has ended
If you love cannabis and appreciate our content, join WayofLeaf Premium today and receive:
Best of all, part of your membership fee will go towards helping to legalize cannabis.
Go Wayofleaf Premium
No thanks, I can't afford it
I already have an account
×
Login in to your premium account