Medically reviewed by Lynn Marie Morski, MD, Esq.
Written by Hayley Rees, HBCom
6 min read
14 comments
Read Later
All information on this website is for general informational purposes only and is not intended or implied to be a substitute for professional medical advice, diagnosis or treatment.

According to Statistic Brain, an estimated 56 million people in the United States are experiencing hair loss. While hair loss is usually associated with men, up to 37.5% of sufferers are women!

With this in mind, it’s easy to see why hair growth products make up a multi-billion dollar industry. Several manufacturers are even selling marijuana-infused products, claiming that cannabis for hair loss is a real, tangible thing.

Is this the case, or are these products just another empty marketing ploy? Let’s take a look.

What Is Hair Loss?

Also known as alopecia, hair loss involves permanent loss of hair follicles and the inability to grow new hair. There are multiple different forms of hair loss, including:

Almost half of all men experience male pattern baldness by the age of 50. However, in both genders, this form of hair loss starts with a receding hairline followed by a thinning of the hair on the temples and crown. This receding may result in a horseshoe shape around the back and sides of the head. Unfortunately, pattern baldness in men is hereditary; it is unclear whether the female equivalent is the same. 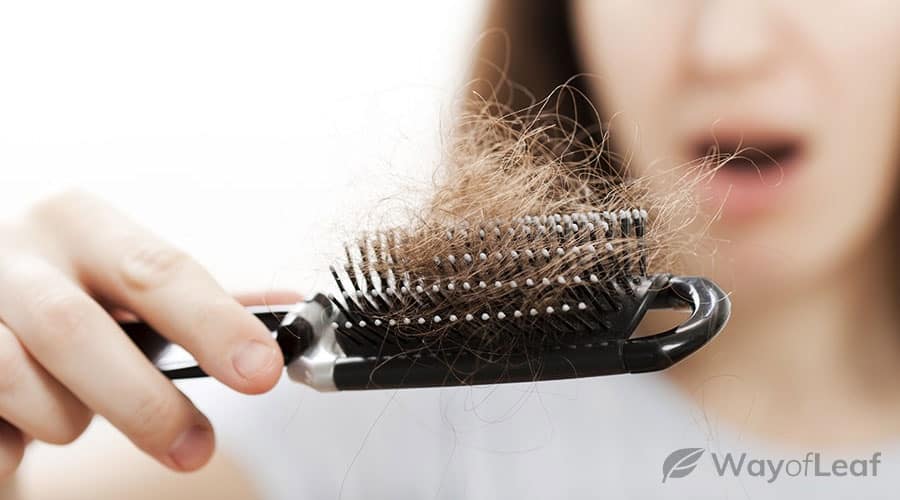 This condition leads to patches of baldness approximately the size of large coins. It tends to affect young adults more than most, and while the patches typically occur on the head, they can also appear all over the body. While people with Alopecia Areata may experience regrowth, they could also end up with more severe conditions such as Alopecia Totalis (no hair on the scalp) or Alopecia Universalis (no hair on the scalp or body).

This condition destroys the hair follicle, making it impossible for the hair to grow back. A variety of medical conditions can cause it.

Although it ultimately involves the loss of hair, hair loss appears in various ways and can be temporary or permanent. Typical signs and symptoms include:

One of the biggest issues surrounding hair loss is a complete loss of confidence. For many people, the hair on their head is a large part of their identity, so they feel as if they are losing part of themselves. Occasionally, hair loss can lead to depression as an individual’s self-esteem erodes.

According to the Belgravia Centre in the UK, 60% of hair loss sufferers would rather have more hair than friends or money!

According to the Belgravia Centre in the UK, 60% of hair loss sufferers would rather have more hair than friends or money!

Treatment for male or female pattern baldness is considered cosmetic as the hair loss doesn’t pose an immediate threat to one’s health. Commonly used medications include minoxidil and finasteride.

More serious conditions such as alopecia areata may require steroid injections, although there are creams, gels, and ointments available too.

There is also a treatment known as immunotherapy on the table. It stimulates hair growth by causing an allergic reaction on affected areas of the skin – on purpose. Finally, there is the option to try over-the-counter hair regrowth formula, hair implant surgery, or wear a wig.

Research on Marijuana and Hair Loss

Hair loss is often associated with the activation of androgen receptors. Androgens are male reproductive hormones and include testosterone and dihydrotestosterone (DHT). Women also have androgens, albeit in lower concentrations than men. 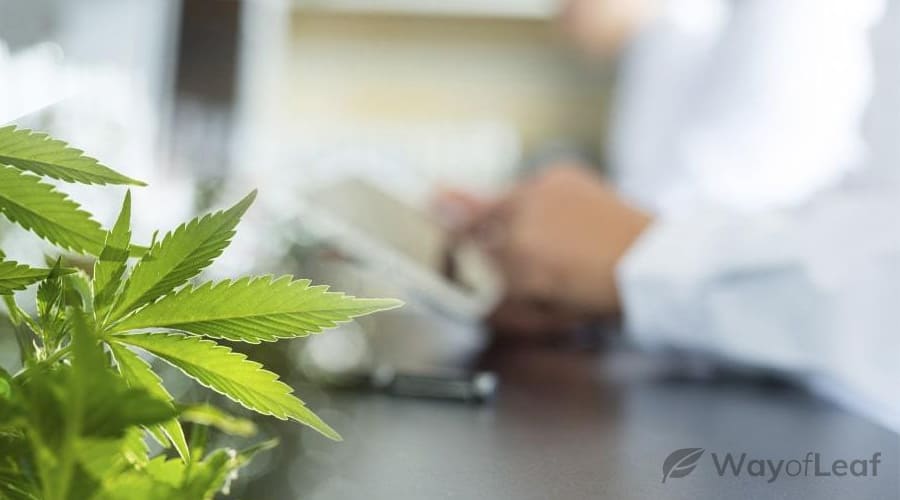 DHT is the primary androgen involved in male pattern baldness and may cause similar symptoms in women with increased androgen levels (for example, in conditions like polycystic ovary syndrome).

Hair loss treatments like finasteride work by reducing DHT synthesis. But what about cannabis?

A 1980 study by Purohit et al. found that cannabinoids, including THC and CBN, inhibit DHT binding at androgen receptors. These results indicate that cannabis could potentially prevent hair loss in a somewhat similar way to finasteride.

It is a complex subject, and far more research is necessary to understand how cannabis affects hair loss.

However, what we do know is that cannabinoids have the potential to reduce stress and anxiety, which can contribute to some types of alopecia. That said, THC can increase anxiety in high doses. Therefore, individuals seeking an appropriate cannabis strain for hair loss should opt for varieties with a low THC content and plenty of anxiety-reducing CBD.

Although there is no scientific proof that cannabis will prevent hair loss, here are five strains known to help with stress relief. Therefore, indirectly, these strains could help address the issue of hair loss. 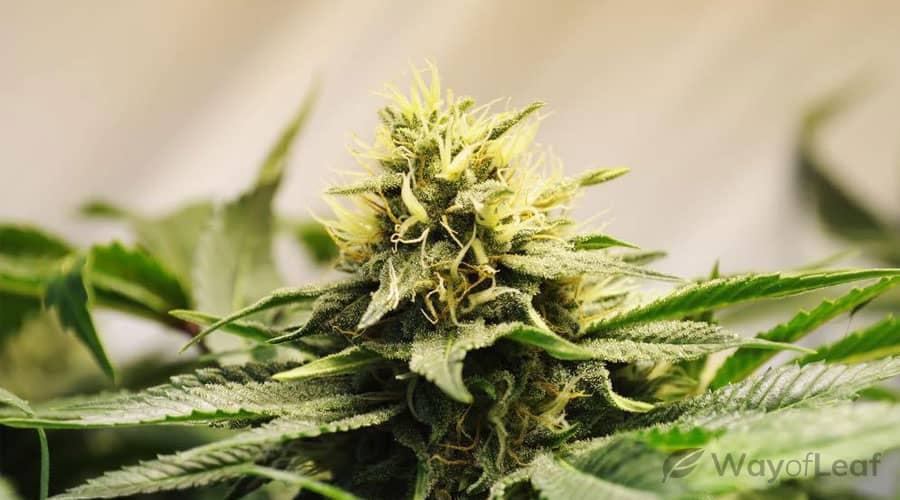 This indica dominant hybrid (80%) is a cross between the well-known Skunk #1 and Afghan strains. While its CBD level can be as low as 5%, it can also be as high as 22%. Add in a THC content of up to 22%, and the result is a strain that gets the user up before slowly bringing them back to sleep. 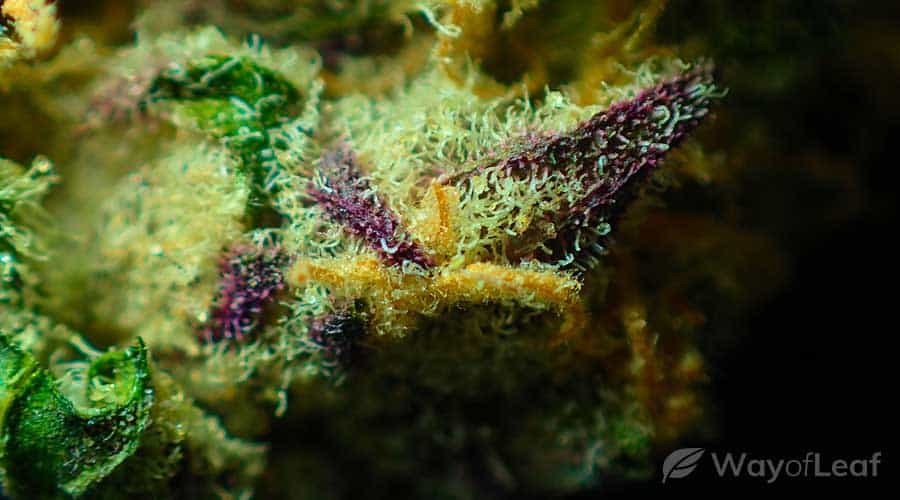 The initial high makes users feel creative and euphoric, but ultimately, the sofa will start to look very appealing, and sleepiness will take over. Critical Mass is the perfect lazy afternoon strain, lowering stress levels and helping users to relax.

This sativa-dominant hybrid (60%) has just 1% THC with up to 20% CBD so cannabis consumers can use it for stress relief without worrying about an intoxicating high. It is an especially popular strain for shatter or CBD oils, and Ringo’s Gift rewards users with an earthy flavor and minty exhale. 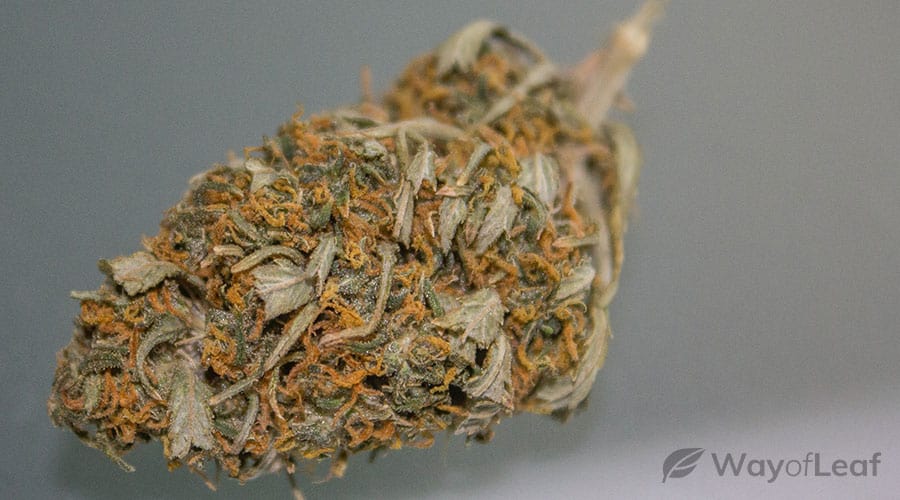 It begins with an intense cerebral high followed by a rush of happiness which makes users feel sociable. Eventually, a body high takes over, but there is usually no sign of couch lock. Users will feel an incredible sense of relaxation, though.

This is one of the newer marijuana strains around and is a cross between AC/DC and Charlotte’s Web. At 22.5% CBD and 2.71% THC, it has the highest recorded CBD content in history and has only been available for the last couple of years. 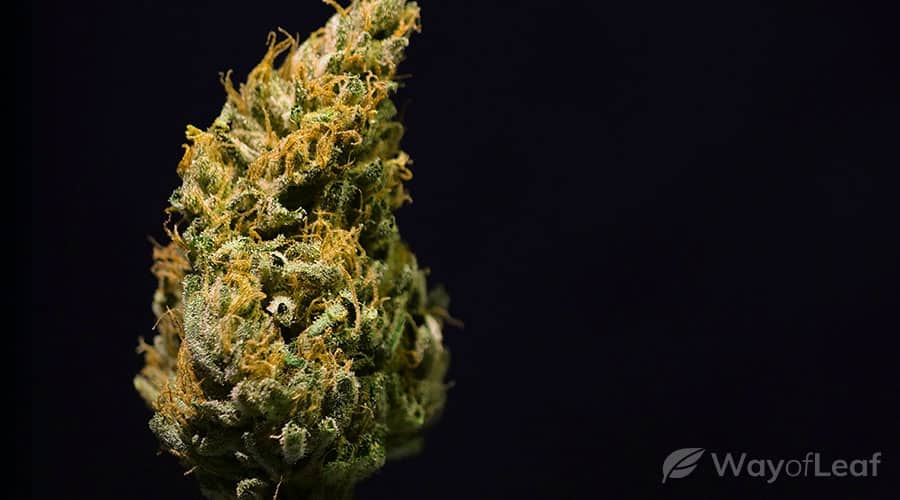 The name is Spanish for ‘heart’ and its creators, Yerba Buena, say it is an easy strain to fall in love with. While it is still a relatively new strain, Corazon is becoming a popular choice for stress relief. There is nothing heavy about this strain, and it is incredibly relaxing.

Various versions of Valentine X have a CBD content of up to 18%, and this 50:50 hybrid contains a tiny amount of THC. It is one of the most powerful pain relievers around and is known for its fast-acting effects. After just a couple of hits, users report feeling this strain working its magic. 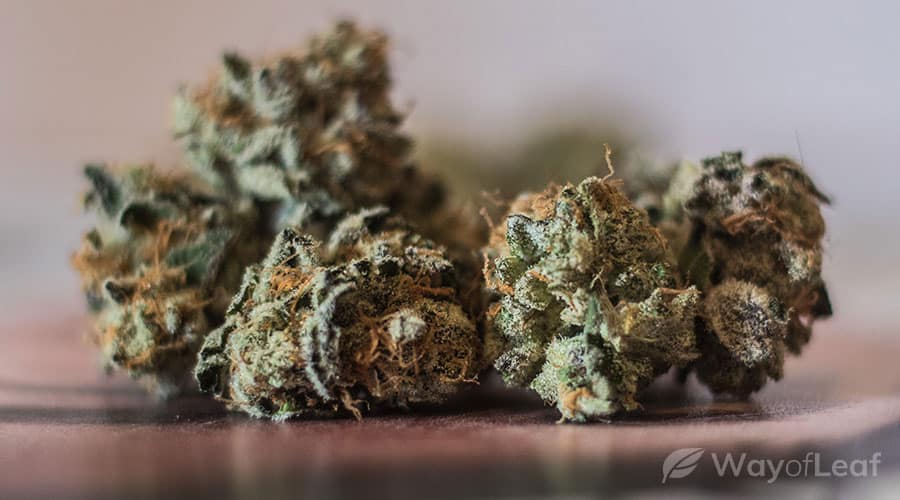 However, the euphoric feeling is not overwhelming, and users should feel a sense of tranquility. Thanks to its high CBD concentration, Valentine X can also work wonders for the mood and reduce stress levels.

Cannatonic is one of the most famous marijuana strains around, and while it has an interesting name, cannabis consumers don’t use it to get high. Instead, Cannatonic consumers utilize its CBD content of over 12% to create pain-relieving medicine. 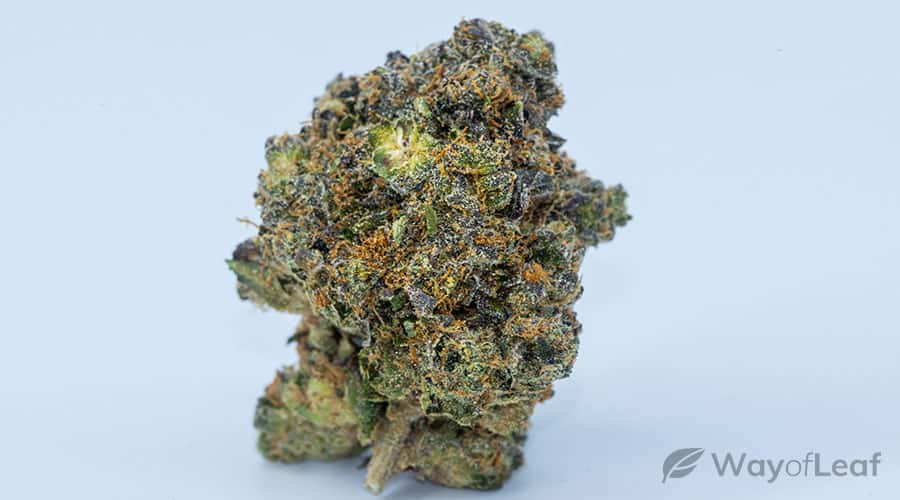 Users of Cannatonic may experience a steady and uplifting high as it provides a sense of relaxation while still keeping the mind sharp. It is a blend of G-13 Haze and MK Ultra and is one of the easiest strains to find.

While certain forms of hair loss are cosmetic, it can still be a distressing experience. Unfortunately, combating hair loss is no easy task, but the marijuana strains outlined above could offer some much-needed comfort. Additionally, they could indirectly help by reducing stress levels.

However, there is absolutely no clinical evidence promoting the use of any of these strains for hair loss. People should always use cannabis at their own discretion.

Which brand is our winner? …

Skin and Hair
Table of Contents