Written by John Killerlane, B.A., HDip
4 min read
0 comments
Read Later
All information on this website is for general informational purposes only and is not intended or implied to be a substitute for professional medical advice, diagnosis or treatment.
Afghan Skunk Strain Overview
Afghan Skunk is a heavily indica-dominant hybrid that has a sedative-like effect. While this strain doesn't have the most alluring scent, it reportedly has some medicinal benefits. Users say that this strain can help ease arthritic symptoms, quell muscular aches and back pain, and its soporific effects help combat insomnia. 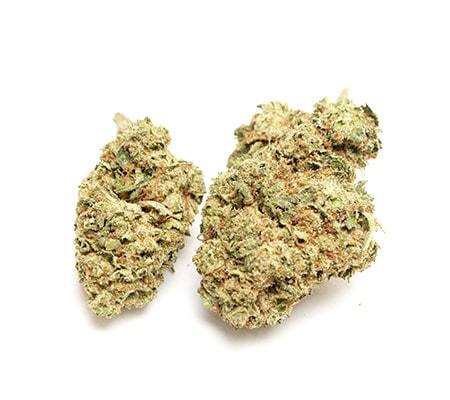 Despite its name, this fusion of Afghani indica and durable Skunk genetics first took place in the United States. Since its creation, Afghan Skunk’s popularity has continued to soar, so much so that it has become a much-loved strain worldwide. It is widely regarded as a cannabis classic and considered one of the best strains of all time.

What Is the Afghan Skunk Strain?

Afghan Skunk is a largely indica-dominant (85%:15%) hybrid strain that was first feminized by Advanced Seeds. It is a cross of the pure indica Afghani strain and the legendary hybrid strain Skunk #1.

Afghan Skunk provides a high that is initially euphoric and uplifting. Most users say that they remain clear-headed and focused, at least in the short term. However, as the indica effects start to take over, a deep feeling of relaxation envelops the user. 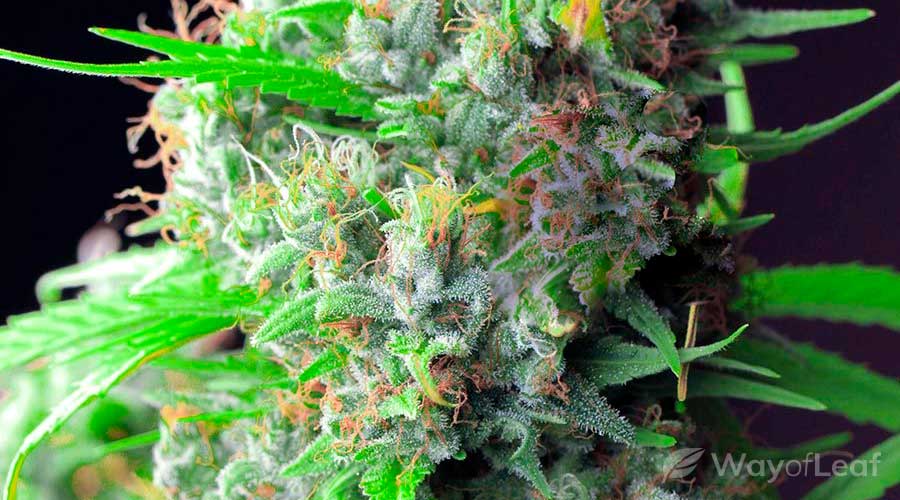 Afghan Skunk’s sedating and soporific effects become so overwhelming that most will be up for little more than sitting back and relaxing. Naturally, Afghan Skunk’s effects make it much more suitable for evening rather than daytime use.

The Afghan Skunk strain is reasonably potent, with an average THC content of 17%. Afghan Skunk’s THC content does not vary too wildly, with the highest known test result topping out at 18% THC. Inexperienced cannabis users should note that this strain can cause couch-lock and some adverse reactions. We will discuss these later in the ‘Possible Side Effects’ section.

Afghani Skunk has the typical “sweet stink” associated with other skunk strain varieties. It has a similarly pungent and musky odor to its parent strain, Skunk #1.

While its more potent and pungent odors dominate, Afghan Skunk’s buds also have a slight, subtle menthol fragrance. Infused with these aromas are earthy and piney notes, too, but these pale compared to its overall pungency.

The Afghan Skunk strain’s aroma gives you a good idea of how it’s going to taste. Just like its fragrance, its taste is similarly pungent. However, it also has sweet floral notes, complemented by piney and earthy flavors.

A notable feature of an Afghan Skunk plant is its extremely large and dense buds. These are covered in a generous coating of resinous trichomes. The bright-orange pistils are much more prominent and curl around the plant’s huge buds.

A mature Afghan Skunk plant grown indoors will range in height between 70-100cm. However, it can grow considerably taller when grown outdoors and can reach between 2-3 meters in height.

If growing indoors, it is advisable to use an effective ventilation system due to Afghan Skunk’s pungent odor. Trust us; your grow room will smell a lot fresher if you use an extractor fan.

An Afghan Skunk plant also grows well outdoors, even in cold climates, as it is resistant to adverse weather conditions. Colder conditions can cause the Afghan Skunk’s buds to turn a vibrant red and purplish color.

Indoors, Afghan Skunk’s flowering period is around the eight-week mark. If growing outdoors, you can expect these plants to be ready for harvesting around mid-October.

If growing Afghan Skunk indoors, you are looking at a return of between 400-500g per meter squared. Outdoor growers can expect an average yield of approximately 600g per plant.

As mentioned, the highest known THC level recorded in an Afghan Skunk strain sample is believed to have been 18%.

The highest CBD content recorded in an Afghan Skunk strain was reportedly 0.8%.

Given its effects, the Afghan Skunk strain may offer some health benefits to medicinal marijuana consumers. Most users say that Afghan’s high has an uplifting mood-enhancing effect. Therefore, it may provide temporary relief for sufferers of mood disorders such as depression and anxiety.

Some Afghan Skunk smokers say that it helps to alleviate a variety of painful conditions. Reviewers of this strain say that its relaxing effects soothe arthritic, muscular, and lower back pain.

As well as relaxing the body, the Afghan Skunk strain also helps relax the mind. This calming effect may make Afghan Skunk suitable for sufferers of chronic stress.

Afghan Skunk’s soporific effects, which characterize its latter stages, may help cannabis consumers with insomnia to get some much-needed sleep.

Possible Side Effects of the Afghan Skunk Strain

The most commonly reported side effects associated with the Afghan Skunk strain are cottonmouth and dry eyes. However, its powerful indica effects can lead to couch-lock if you overindulge. Less common adverse reactions include dizziness, headache, and paranoia.

Afghan Skunk is a potent indica-dominant strain that has gained a reputation for being a classic cannabis strain.

This perfect fusion of indica and skunk genetics has produced a deeply relaxing and enjoyable strain.

For cannabis cultivators, the good news is that an Afghan Skunk plant can withstand adverse conditions. Its durable nature makes it even suitable for a novice grower.

However, it is essential to bear in mind that Afghan Skunk plants have a pungent and musky odor. It is advisable to have a well-functioning ventilation system in place if you will be growing it indoors!