The term ‘couch lock’ is a colloquial one used to describe that sometimes blissful, occasionally inconvenient, feeling of physical sedation brought on by the consumption of marijuana. After smoking certain strains, your body becomes overwhelmed, and your head also feels heavy. Before you know it, you’re vegging out on the couch with no inclination to do anything.

While some may want to avoid couch lock, others actually enjoy the sensation. Certain marijuana strains induce couch lock because of their sedative qualities. The consensus is that indica strains are more conducive to couch lock than their sativa and ruderalis counterparts. However, indica and sativa strains have similar chemical profiles, so there are sativa strains perfectly capable of inducing couch lock.

As the chemical profile of weed varies from plant to plant, it isn’t easy to determine when a strain will cause you to become sedated.

However, some marijuana strains are better than others, and in this article, we look at five of the best marijuana strains for couch lock. Just to be clear, while we don’t endorse couch lock, we understand that some people just want to relax and chill out after a hard day; and these strains will help you do just that.

So without further ado, here are the…

5 Best Marijuana Strains to Get You Couch Locked

These choices will definitely do the trick.

1 – Northern Lights (The Marijuana Strain that Is a Famed Relaxant) 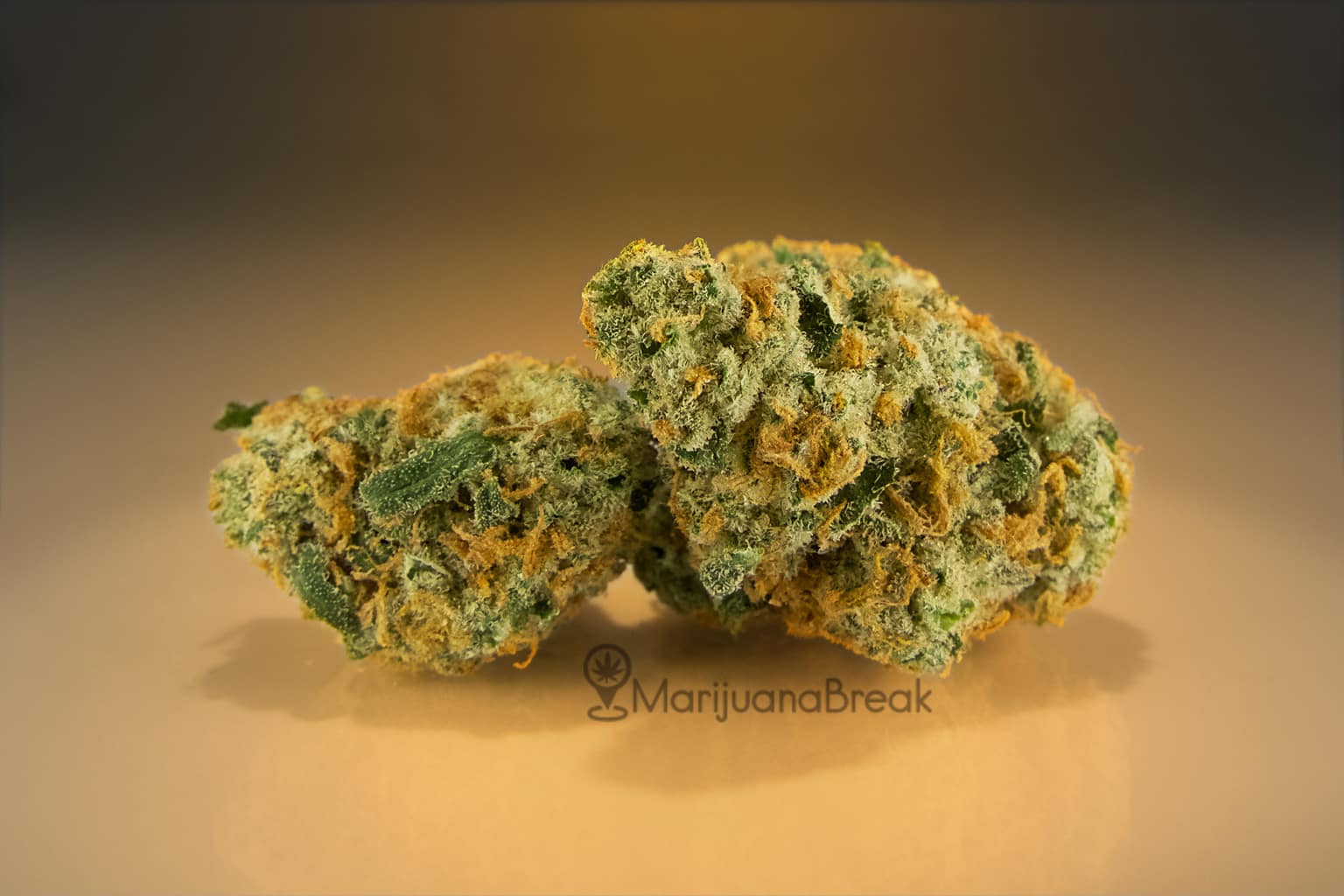 You’ve probably heard of this strain if you know anything about marijuana! It is one of the most popular marijuana strains ever, and this pure indica has a THC level of up to 21%. Northern Lights is a cross between a Thai sativa and an Afghani indica, and while it comes from Seattle in Washington state, it was propagated from Holland in the mid-1980s. It is a commonly used medicinal strain and works well if you have chronic pain, anxiety or insomnia.

One of the best things about Northern Lights is its strength. All you need are a couple of hits to feel the powerful effects coursing through your body. Within a few minutes, your main concern is to find a nice, comfortable couch or bed where you can just lie down and relax. You also benefit from a euphoric high so don’t be surprised if you feel happy and a little bit giggly. Overall, Northern Lights should be your ‘go-to’ after a stressful day as it helps you de-stress and aids restful sleep. 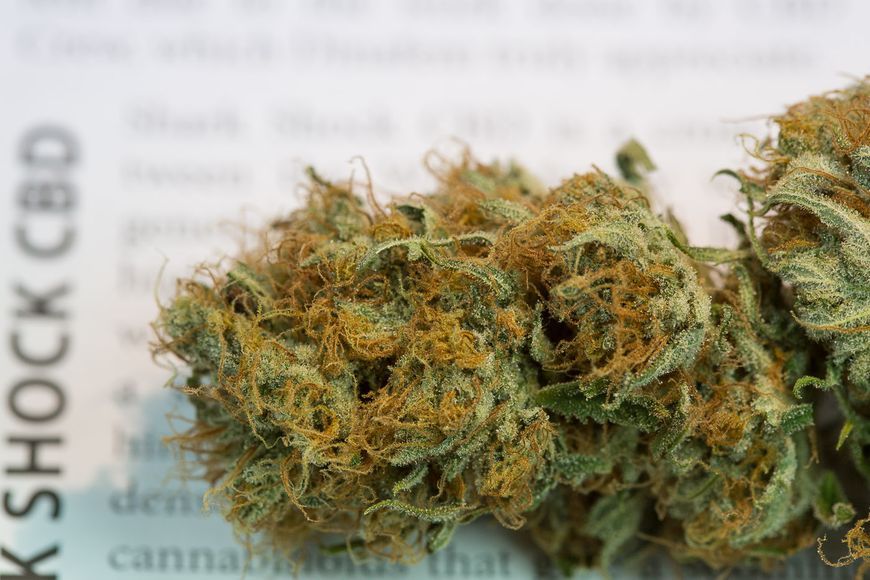 This is another indica dominant strain and has been around since the 1990s. Shark Shock has won a plethora of awards including the coveted High Times Cannabis Cup. Despite being indica dominant, it does offer some Sativa influences, primarily because of its parent strains. Shark Shock is a cross between Skunk #1 and White Widow; two well-known strains in their own right. One of the main downsides of this strain is its rarity; finding Shark Shock is tricky, even in states where marijuana is legal.

After just a few puffs, you will come to understand why Shark Shock’s name is well-earned. Its effects hit you like Jaws smashing into a boat with an uber-intense mental high that becomes noticeable within minutes. No matter how stressed you are, Shark Shock should improve your mood as the cerebral high brings forth a sense of euphoria. While it is a good marijuana strain for a social occasion, be warned: Shark Shock ultimately envelops your body and makes you feel incredibly relaxed. If you’re socializing and smoke Shark Shock, we recommend that you book your taxi home and get ready for a relaxing night.

This strain was initially called ‘high rise’ because it was first created in a residential building in Amsterdam. Master Kush is another legendary strain, and as well as gaining the praise of Snoop Dogg, one of the world’s most famous weed aficionados, it has also won a pair of Cannabis Cup awards. Master Kush is an indica dominant strain (90%) which might be a fusion of Skunk #1 and Hindu Kush. Pretty much every fire Kush will result in couch lock, but the ‘Master’ of the bunch is unquestionably one of the best.

First and foremost, we do not recommend Master Kush if you’re a cannabis neophyte. It is incredibly potent and impacts the body within a few minutes. All it takes is a few puffs, and you’ll discover that your body feels happy and tingly. It is the perfect marijuana strain for relaxing at the end of a stressful workday because it simply grabs hold of your body and refuses to let go. Light up a joint using this strain, get your couch prepared and sink into it because you’re not going to want to leave! Master Kush makes you feel happy and uplifted for hours.

If ever there was a marijuana strain that could be considered ‘royalty,’ Royal Domina is it. It is a cross of Kalijah and Black Domina and is classified as one of the finest heavy indicas in the world. When you bear in mind that its parents are also crosses of other strains, it is clear that Royal Domina is one of the most exotic strains around; it also happens to be the jewel in the Royal Queen’s Seeds crown. Despite all this, it is one of the easiest strains to grow, and also one of the most potent!

It has a THC content of over 20%, and users will immediately become aware of the earthy, citrus tones with a slightly sweet taste. Yet again, this is a strain that hits you hard and fast. Take a few hits of Royal Domina and prepare to enter a world of relaxation from which you’ll have little desire to leave. This strain relaxes both mind and body and should keep you in a blissful state for several hours. 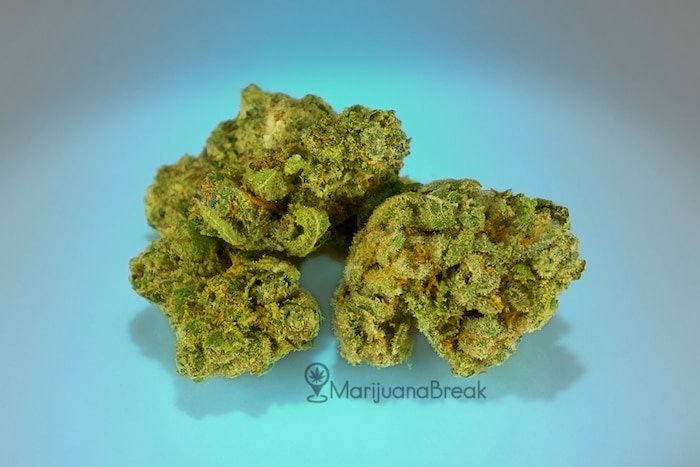 This hybrid strain comes from a potent family, and with a THC level of up to 28% recorded in some strains, Gorilla Glue #1 is so powerful that it is the go-to medicinal marijuana strain for an increasing number of patients with anxiety and insomnia. It is a relatively new strain and has only become available since 2016. It is a sibling of the extremely popular Gorilla Glue #4 and is a cross of Chocolate Diesel and Chem’s Sister which accounts for the slightly sweet smell. While Gorilla Glue #1 is new, it is already a hit with marijuana lovers looking to get couch-locked.

Above all else, this marijuana strain is for sedation as it hits you with a body and mind numbness that relaxes you almost immediately. Although you will feel somewhat drowsy and euphoric, Gorilla Glue #1 also ensures you remain clear-headed. There are few marijuana strains capable of eliciting the relaxing effects of GG #1 so light up and chill out!

We have to warn you that none of the above strains are suitable for daytime use. Do not use them if you have to work! However, if you are stressed out at the end of the day or are having trouble sleeping and need a helping hand, the five strains mentioned in this article will ensure you enter a glorious state of couch-lock.

13
2 min read
Join the discussion
TOC
Premium
Your subscription has ended
If you love cannabis and want to support our site, join WayofLeaf Premium today and unlock
Best of all, part of your membership fee will go towards supporting the fight to legalize cannabis.
Sign Up for WoL Premium
Not now
I already have an account
×
Log in to Your Premium Account