Editorial Team
5 min read
15 comments
Skunk #1 Strain Overview
Skunk # 1 is an indica-leaning hybrid known for its sedating and relaxing high and tastes like - you guessed it - skunk. It also tastes pretty sour and earthy as well, so it makes for a unique smoke. Skunk #1 works great for mood disorders like depression and also can aid in problems such as migraines, chronic pain, and fatigue as well. 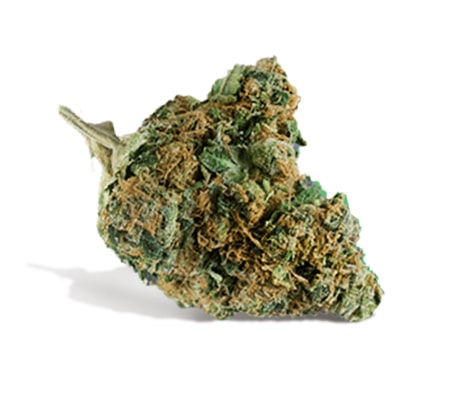 If you’ve ever had a taste of Jack Herer, U.K. Cheese, Green Crack, or Grape Ape, then you’ve already sampled Skunk #1 and some of its magic. This cannabis strain’s THC levels are not so profound, only reaching 15-19%, but probably what makes Skunk #1 cannabis so revolutionary, well-respected and appreciated, is the fact that it has been utilized as the parent plant to all of the descendant strains mentioned earlier, plus so many more.

This marijuana strain has brilliant genetics, which is why it has become a go-to for cannabis geneticists and breeders. Developed in the Netherlands during 1985 by Sensi Seeds (then called The Seed Bank), these brilliant scientists selectively bred together a few landrace strain varieties, and the end result became a plant from another planet.

What Is the Skunk #1 Marijuana Strain?

Classified as an indica dominant hybrid, Skunk #1 weed consists of 65% indica and 35% sativa genetics, but its effects aren’t so reminiscent of how one would imagine an indica dominant strain to be, possibly because of its hybridization.

As mentioned early, the THC levels of Skunk #1 weed are not particularly considered to be “off the charts”, but they do still rank in.

Due to its long-standing history of being genetically pure and quintessential for the development of other popular strains, Skunk #1 is widely respected throughout the cannabis world, and a multitude of seed banks have begun producing seeds for sale of this strain to encourage growers to cultivate Skunk #1.

Much as the name suggests, the aroma of Skunk #1 is the epitome of skunky, radiating a pungent and sometimes overwhelming scent that has become a favorite amongst cannaisseurs, medical marijuana patients and recreational pot smokers.

Aside from the skunky aroma, Skunk #1 also protrudes hints of earthy sweetness. Some claim this strain tastes a bit sour and dirt-like, not in an unpleasant way, however, but more so it has a healthy overall flavor.

Appearance-wise, Skunk #1 is a rather beautiful crop, radiating with sugar leaves present in colors of light-yellow and faded green, mixed with a bit of silvery-gray. Often times the buds contain many patches of bright, bright orange pistils that curl and twist throughout the sugar leaves, and a thick coating of trichomes usually coats the surface of these densely packed balls of herb.

The water leaves themselves are usually a healthy, dark green color, and while the plant is growing, it appears to be typical in height and appearance. The wet plant, however, suddenly becomes atypical when its intensely aromatic and pungent ganja smell can be felt as soon as someone walks into the grow room.

Because of its development in the Netherlands, which has a fairly cold climate during certain times of the year, Skunk #1 was initially created to be cultivated indoors. However, it has grown to become also suitable for outdoor growing, so be it that the climate and weather conditions are suitable.

All in all, this cannabis strain is easy to cultivate, however, later on in the growing process it can become particularly susceptible to mold, which could easily wipe out an entire healthy harvest if not quickly spotted and managed.

For Skunk #1 weed, outdoor cultivation can only be conducted in areas where the climate is both warm and sunny.

In order to successfully grow this crop in a greenhouse or indoor setting, this surplus of light and warm temperature control must also be present, in addition to proper ventilation so that the chances of the buds molding becomes less likely.

Indoors, the soil growth method is probably preferable over hydroponics, because water growth methods can sometimes increase humidity levels. This can increase the chances for molding and requires extra ventilation as a preventative measure.

The flowering period of Skunk #1 is 8-9 weeks, with outdoor harvest falling around mid-October. This strain is an autoflowering strain, meaning that regardless of light patterns, the crop will begin to flower and bloom when it is time.

Skunk #1 is a rather influential strain, and still has quite a core following because of its uplifting and inspiring effects, which you can read more about in the next section…

Skunk #1 offers an intriguing combination of experiences for the mind and body once it is consumed. Best saved for later in the day, after work, or during an evening when you don’t plan on going to sleep immediately, this cannabis strain knows how to completely and deeply relax and soothe the body, sending all of your limbs into a trance-like state.

Meanwhile, it simultaneously acts as a creative, inspirational, and motivational mind enhancer, energizing the brain and offering a head high that is uplifting, giddy, happy, and joyful. The perfect option for artists and creative types that like to work later in the day or late into the night, (as many of them tend to enjoy).

Skunk #1 is a well-balanced strain and is not overly potent or intoxicating, making it ideal for day to day use by medical marijuana patients. It works particularly well at keeping depression, anxiety, and stress at bay, but if it is being utilized for a mood disorder or condition of the mind, consumption in moderation is vital for a healthy experience.

Over consuming any strain of marijuana can be detrimental to those with mental conditions, particularly because it can increase the chances of anxiety, paranoia, or another uncomfortable happening. 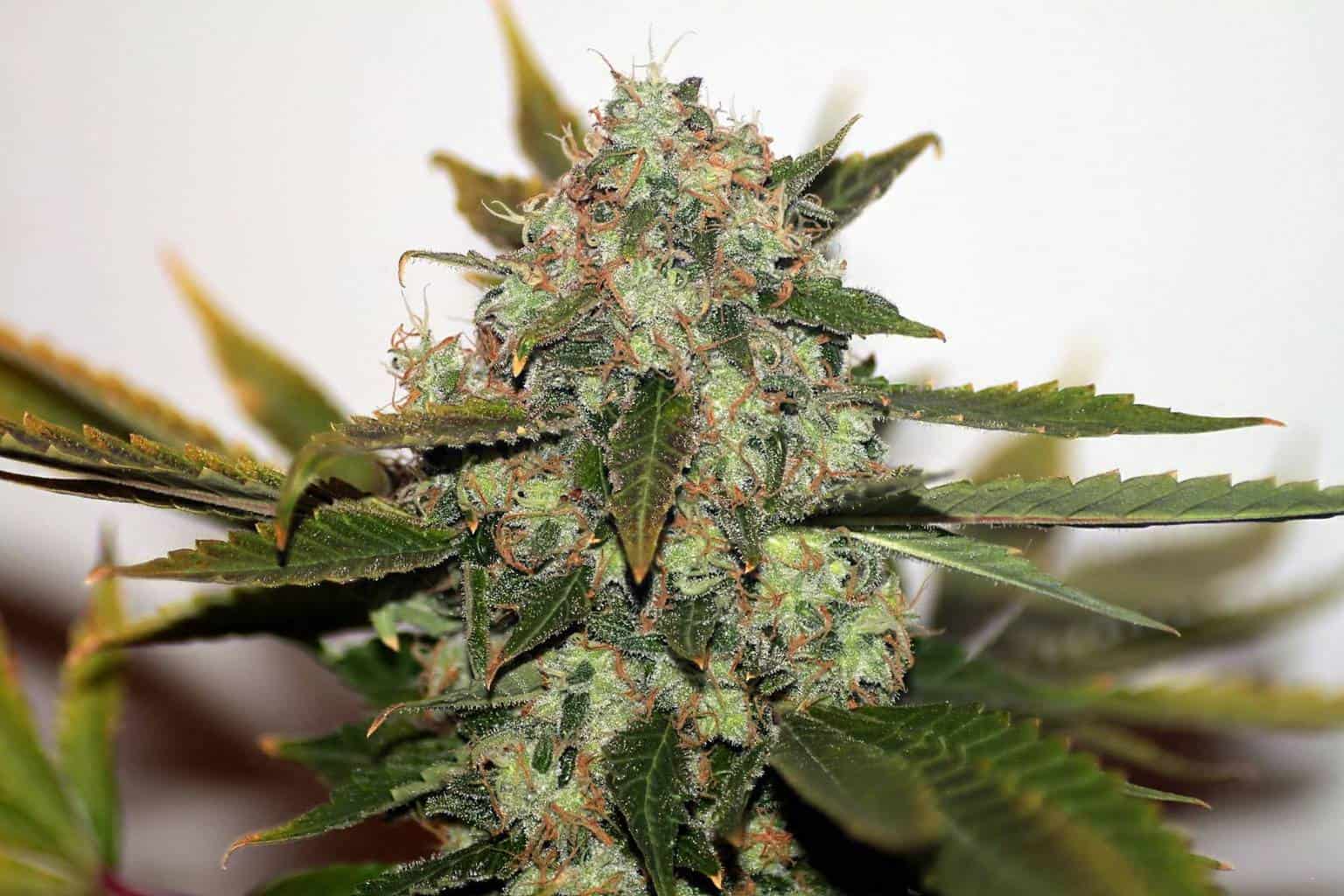 This can be pretty easily avoided just by knowing your limits and sticking to those self-regulated boundaries. Because Skunk #1 is less potent (THC wise), it isn’t as likely to cause adverse reactions, especially not with small amounts of consumption.

On the physical side of the spectrum, Skunk #1 offers beneficial relief for those trying to manage headaches, migraines, chronic pain, and even fatigue.

For physical conditions, it may be a good idea to consume a greater amount of cannabis, especially if you desire faster-acting results. Edibles, concentrates, tinctures, candies, extracts, bubble hash, and gummies, all offer convenient consumption methods of receiving a higher dose with less energy exerted while the actual act of consuming is taking place.

Most of these alternatives to traditional smoking can be found at dispensaries and recreational pot shops throughout North America, and probably in some other countries around the world as well.

Possible Negative Side Effects of Skunk #1

One downside to Skunk #1, is that it can generate some adverse effects, thankfully nothing too serious. Dizziness is probably the most extreme of all the possible side effects, and sometimes dehydration. Dehydration as well as cotton mouth (dry mouth), are easily manageable with a bit of extra preparation and planning.

Aside from the possible risk of dizziness, Skunk #1 seems to present more pros for consumption than cons.

Being conscious of consuming hydrating fluids before, during, and after your high will keep the body hydrated, as well as the throat moist. Another frequently occurring adverse effect is dry eyes. Dry eyes can be managed by purchasing a bottle of moisturizing eye drops from your local pharmacy ahead of time and keeping them nearby in a location that is easily accessible.

Aside from the possible risk of dizziness, Skunk #1 seems to present more pros for consumption than cons. This could partially explain why millions are still trying this strain to this day.

If you are dealing with depression, anxiety, stress, chronic pain, migraines, headaches or fatigue and are searching for a cannabis-related alternative to conventional treatment methods, then Skunk #1 might be the right marijuana strain for you. It is important to remember that the consumption of cannabis is the sole responsibility of the user and discretion should always be taken.

Cookie Dough Strain [Origins, Benefits, Potency, and So Much More]