The trends in the world of marijuana are continually changing, and it seems that brand new strains are popping up every other week. Generally creating quite a buzz when they “reveal themselves” to the world, these new strains often overshadow the hundreds of incredible and useful cannabis types that already exist.

In fact, it seems that sometimes these classic cannabis strains can be silenced by the hype of “fresher,” newer products.

However, there are a few timeless marijuana strains out there that are known to nearly every cannabis enthusiast – even the newbies. Whether these strains have earned their iconic status and have impressive reputations due to their unique properties or successful genetics, they’ve made an impression on the cannabis community in one way or another.

Or whether they have a recognizable and potent aroma, an abnormally high THC content, or they spoil growers with exceptionally large yields, they’re sure to provide you with a level of glee and jubilation that you’ll remember for many, many years to come. Without further ado, here are the top 5 classic cannabis strains you NEED to try.

Without a doubt, Northern Lights is one of the best cannabis strains for a good night’s sleep. Nobody likes tossing and turning at night when they should be sleeping, and there’s nothing worse than waking up in the morning feeling all groggy and irritable because you didn’t have a decent night of rest. 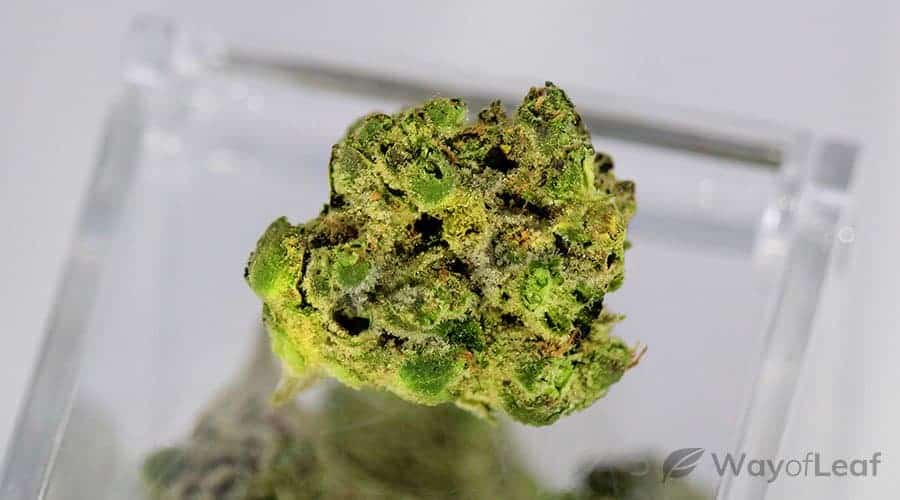 Also, keep in mind that lack of sleep can actually lead to a variety of health problems, and could even cause circumstances as severe as hallucinations or delusion. Also, you might be shocked to hear that insomnia affects one in three people (at least in a mild manner), so this is an issue that is very much prevalent.

The problem is that many of the pharmaceutical drugs that are prescribed for sleep disorders are highly addictive, and often have harmful side effects. This is why cannabis is so beneficial in helping you fall asleep, and also ensuring that you stay asleep for the duration of the night.

Most people would agree that Northern Lights Indica is the ultimate knockout strain.

Like we said, most people would agree that Northern Lights Indica is the ultimate knockout strain. Although the origins of this legendary strain are unknown, it’s believed to be a cross-breed with a U.S. West Coast lineage. It’s a 100% pure indica strain that results in a high that is very potent, and very “stoner” like (excuse our lack of novelty there). First developed in the 1980’s (by most accounts), Norther Lights has become an undeniable classic with THC levels averaging about 18%.

In fact, most folks would probably agree that Northern lights is among the most famous strains of all time, cherished for its fast-flowering, resinous buds and resilience during growth. The psychoactive effects of the strain settle firmly throughout the body, resulting in relaxed muscles and pacifying the mind into a calm, dream-like euphoria.

The comfortable laziness also gives patients relief from pain and sleeplessness, and its mellow contentment is famous for rooting out stress and depression. All in all, Northern Lights does everything that it needs to ensure a good night’s sleep. Certainly a strain to try if you haven’t already.

ACDC is considered to be an “all-purpose medical strain” by many. As most of us here already know, cannabis is capable of assisting with not only mild medical occurrences but also more severe ailments as well — a few of which even the medical world does not have a cure for.

ACDC is a high CBD hybrid that’s popular for raw juicing and dietary cannabis. In fact, one of its most remarkable characteristics is its THC:CBD ratio of 1:20, which means that it has relatively zero intoxicating effects. It’s a well-known strain for treating anxiety, epilepsy, multiple sclerosis, pain, as well as the adverse effects of chemotherapy (among other things). 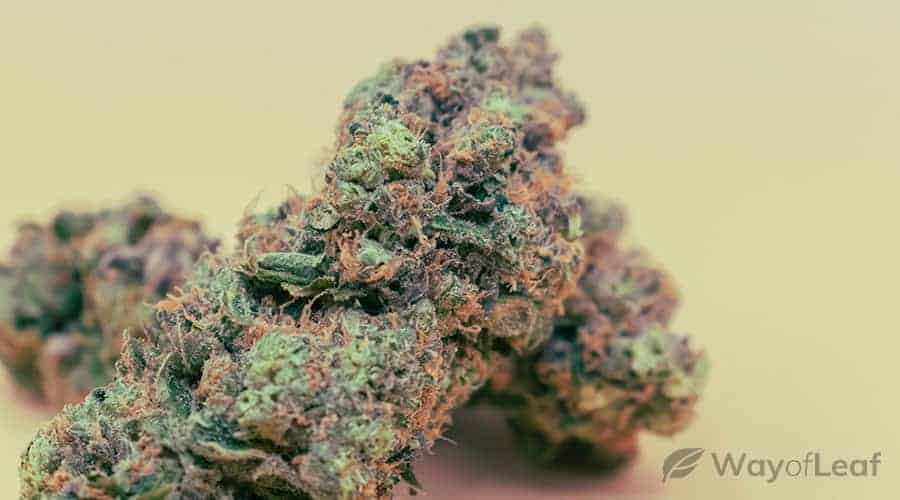 Some lab tests have shown that the ACDC strain contains upwards of 19% CBD content, with particularly potent varieties reaching upwards of 24%. This is why it’s known to act brilliantly when it comes to combating various medical conditions, and is consequently referred to as the “all-purpose” strain.

Another plus for many is the fact that ACDC has a small THC content, which makes it perfect for those looking for medical relief without wanting to get high.

ACDC is a popular choice among users who want to juice cannabis rather than smoke it or cook with it, and the fact is, it has significant medical benefits both when used raw and when heated. As a non-psychoactive strain, ACDC promotes a calm and happy relaxation without disrupting cognitive function.

Among the most classic cannabis strains worldwide is White Widow, a hybrid strain that was first bred in The Netherlands by Green House Seeds. The buds that you’ll find in this strain are white with crystal resin, which is a warning of the potent effects to come. Moreover, the powerful burst of euphoria and energy that you feel almost immediately stimulates conversation and creativity. 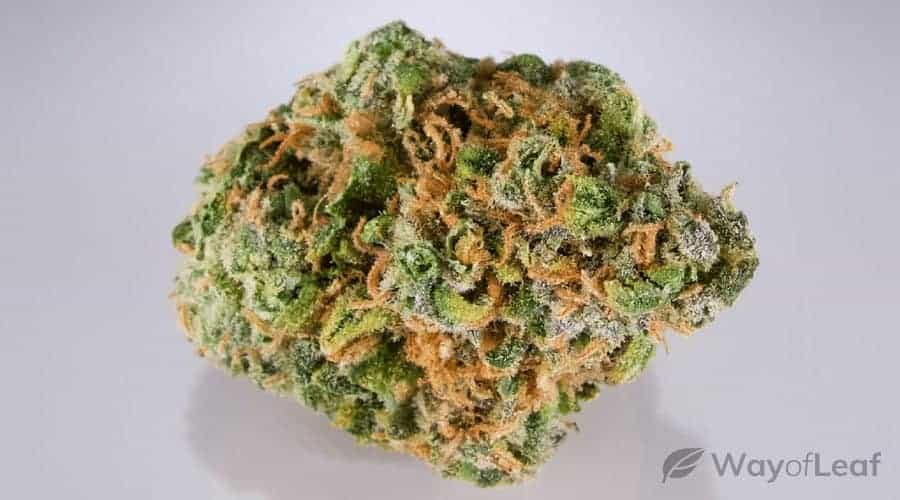 Just the mention of White Widow in the cannabis world brings about a topic for conversation – and a lot of times debate. The origins of the strain have been a much-debated subject for years, but it has been confirmed that White Widow is indeed a Dutch classic.

Found in most Amsterdam coffeeshops, White Widow produces an entrancing, full-body effect and is usually smothered in shiny, white trichomes.

With an uplifting yet thought-provoking high, it’s perfect for social gatherings or for going on solo adventures. Mind you, though, White Widow is not to be underestimated; although it looks soft and sweet, it packs a punch that can quickly put you in a stoney trance. Also, keep in mind that effects will depend on your tolerance level, how you consume it, how it’s grown, how much you ingest, and other things.

Thought to have a 60% Sativa and 40% Indica ratio, White Widow can no doubt be a bit spacey, especially if you’re a relative cannabis rookie. For this reason, it’s a popular strain for treating PTSD, chronic aches and pains, anxiety, and migraines. By all accounts, White Widow is an uplifting, energetic, and creative strain that produces an almost psychedelic headspace while still maintaining the ability to engage in intimate conversation.

With a menacing name that hints towards its powerful psychoactivity, Durban Poison is a pure South African Sativa strain, straight out of Durban (surprise surprise). It’s a strain that offers an energizing and uplifting high that won’t cause you to burn out and crash in the end. Rather, you will come down slowly and steadily and land on your feet – just like a cool old alley cat jumping off a New York dumpster. 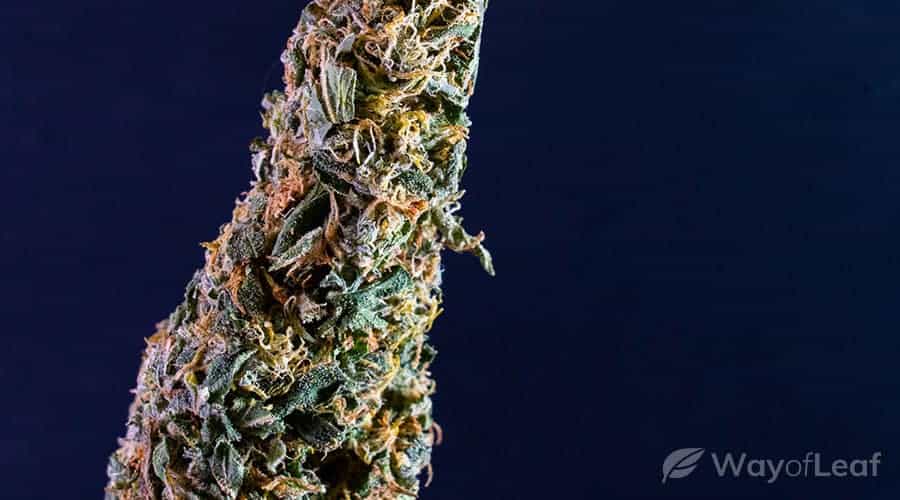 Although it sounds like a dangerous concoction, Durban Poison is in fact one of the very few unadulterated sativas on the market (this is, of course, assuming its genetics are pure). In other words, Durban Poison doesn’t have the complicated lineage of cross-breeding that a lot of modern strains have.

In fact, with a practically 100% sativa genetic makeup, Durban Poison is almost as pure as sativa can get.

Lab tests have discovered a THC content between 17 – 26%, which essentially means that a little can go a long, long way. Durban Poison is also high in THCV, which means it has potential to stabilize insulin levels and is an excellent strain for treating fatigue. It’s also known to be a mood booster, and it provides users with a euphoric and energized high.

In fact, if you prefer to have your weed in the morning, this is the perfect strain for you. Some people say it’s more energizing than a cup of coffee, which makes it perfect for daytime cannabis use – or perhaps a night out on the town.

Girl Scout Cookies, or what is commonly known as GSC, is a cross between OG Kush and Durban Hybrid. This is a hard hitter that gives users the best of both worlds between a comfortable body melt and an intense cerebral buzz. 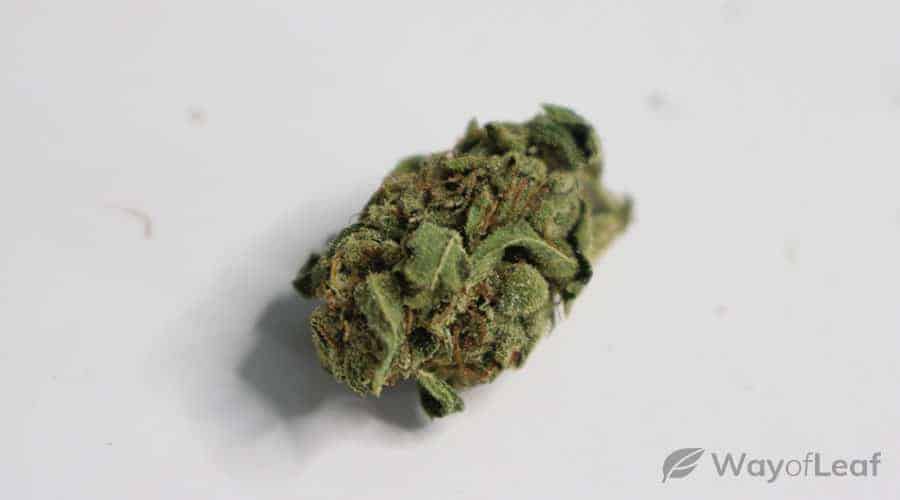 While it is a fairly even combination of OG Kush and Durban Hybrid genetics, it has a mellow high that leans more towards indica. It’s a balanced and versatile strain with a THC content ranging between 18 – 23%, with levels in some varieties reported to reach as high as 28%.

Due to its high THC content, a little bit of Girl Scout Cookies goes a super long way – so proceed with caution.

Patients looking for a strong dose of relief may look to GSC for severe pain, nausea, and appetite loss. This is generally regarded as one of the strongest strains in the world and has by all accounts been a classic for many, many years (and will likely remain so for many more to come).

Lastly, the high produced by this strain is like no other; a great mix of Sativa and Indica genetics, the effects of GSC really do offer the best from both worlds. This is what makes this strain great for medical marijuana consumers. And of course, GSC is known for having a wonderful flavor and aroma; the hints of spicy nutmeg compliment a unique earthy and lemon-mint aroma.

With the emergence of so many new and exciting cannabis strains (not to mention your local budtenders pushing them down your throat every time you walk into a dispensary), it’s becoming increasingly important not to forget about the “golden oldies.” Take a trip down memory lane, and reminisce with some of the “cannabis classics” that you may have forgotten about in recent years.

Some of these strains are still considered to be the best in the world and are definitely worth trying if you haven’t before. There are hundreds, if not thousands of different strains on the market today, which can make choosing which ones to use a little bit difficult, to say the least. But, hopefully, this list will help you decide which is best for you.