Medically reviewed by Lynn Marie Morski, MD, Esq.
Written by Georgia Smith, B.Sc
4 min read
17 comments
Read Later
All information on this website is for general informational purposes only and is not intended or implied to be a substitute for professional medical advice, diagnosis or treatment.

The use of marijuana in the treatment of seizures and epilepsy is a widely discussed topic. Seizures are classified as unusual electrical activity in the brain that can manifest in a variety of ways, including the shaking of all or part of the body, a change in behavior, or a change in consciousness level. Seizures are a symptom of epilepsy. However, not all people with seizures necessarily have epilepsy. There are also types of seizures called psychogenic nonepileptic seizures. These may be the result of a psychiatric disorder (and not a physical cause).

In 2018, the United States Food and Drug Administration approved a medication comprised of CBD for the treatment of seizures associated with two specific types of epilepsy. The medication is called Epidiolex, and it can be used in patients who have Lennox-Gastaut syndrome and Dravet syndrome. Studies showed that taking Epidiolex in combination with other medications could reduce the frequency that these patients experience seizures.

Given the efficacy of Epidiolex and of Charlotte’s Web (whose story is outlined below), it is possible that other forms of CBD may also play a role in treating seizures. Here are five strains of cannabis that may be beneficial. Please note that these haven’t been proven to be the best strains for seizures and epilepsy in any studies; they are merely our recommendations based on their CBD content.

This is one of the most popular strains suggested to help with seizures. It is named after Charlotte Figi, a little girl who suffered from Dravet Syndrome, a rare form of epilepsy (and one of the forms that can be treated with Epidiolex). The Stanley Brothers developed Charlotte’s Web to help with Charlotte’s rare condition. It contains an average of 0.3% THC and very high amounts of CBD. As a result, this strain may be ideal for epilepsy patients who don’t want the risk of intoxication. 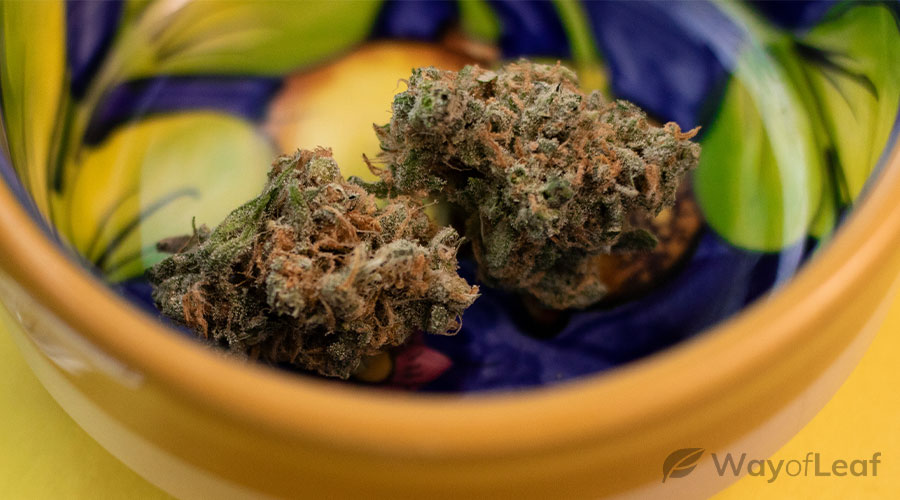 The Stanleys were able to significantly reduce the THC content of the strain while still boosting its CBD. They created a product with an exceptionally calming “body high” without any mental side effects. Little Charlotte was experiencing extremely violent seizures hundreds of times a week before she used CBD. After she started using the high-CBD cannabis oil, her seizures were reduced from over a thousand to just a handful each month. This strain has a “web-like” appearance, with thick, long trichomes wrapped around the buds.

Charlotte’s Web is still a relatively rare strain. Nonetheless, it is highly sought after by medical marijuana communities across the country, as many proponents claim that Charlotte’s Web is hugely effective in reducing seizures.

The ACDC strain is an evenly-balanced hybrid with a 50:50 sativa to indica ratio. The reason that this strain makes this list is that it is a high CBD, low THC strain. Some ACDC strains can contain up to twenty times more CBD than THC. More typically, though, the ACDC strain contains, on average, approximately 6% THC and around 15% CBD. Therefore, this strain more commonly has a CBD: THC ratio of about 2.5:1. 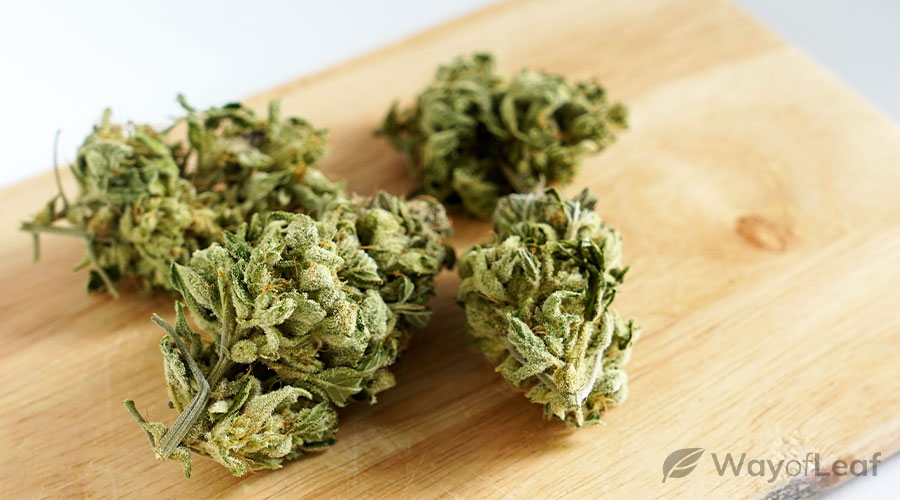 Another potential benefit of this strain is because of its low THC content; consumers are unlikely to experience a psychoactive high after using it. Many users of this strain describe its effects as predominantly uplifting and relaxing. Due to its well-balanced genetics, consumers of the ACDC strain are unlikely to experience any drowsiness or sedating effects. This makes the ACDC strain suitable for daytime use.

Cannatonic is potentially useful for managing epilepsy and seizures, headaches, fatigue, muscle spasms, migraines, and chronic pain. It offers a less-cloudy, focus-inducing high because of its low THC content, which is between 7% and 15%. It also has a high CBD content of approximately 12%. 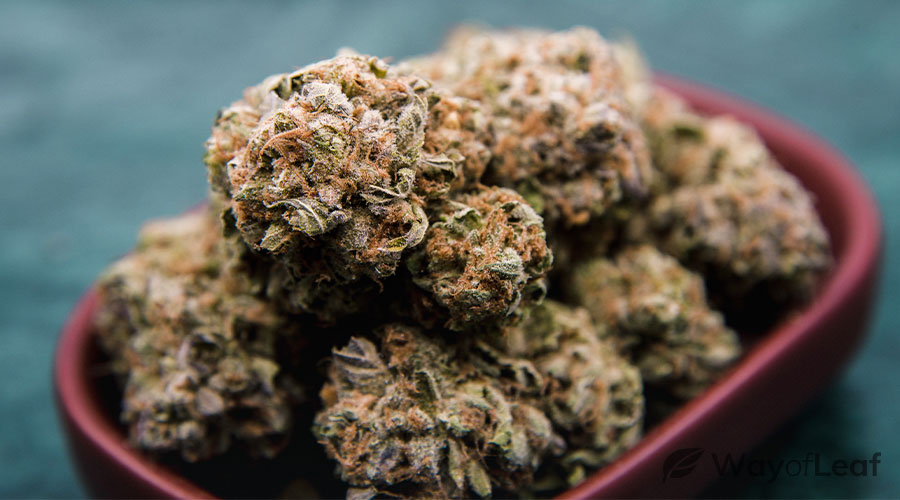 A powerful and relaxing strain, Cannatonic could help to focus the mind. However, these effects are overshadowed by the intense numbing and warming sensations that flow over the body. Cannatonic is unique in its chemical composition, which doesn’t have the sole purpose of getting the user high. Instead, it could work on medical conditions from the inside out.

This strain has the potential to profoundly enhance mood, as some say it seems as if they are floating on a cloud after consuming it. Possible outcomes include increased feelings of positivity and optimism, together with a boost of energy. Users say the high is calm, and the strain is suitable for use at any time of the day. Cannatonic shouldn’t seriously affect motivation levels or produce any drowsiness or sleepiness.

While reports of the THC contained in Ringo’s Gift tend to vary considerably, many believe that this strain has an extremely low THC content and a significantly higher CBD content. Some suggest that Ringo’s Gift contains as little as 1% THC and around 15% CBD. 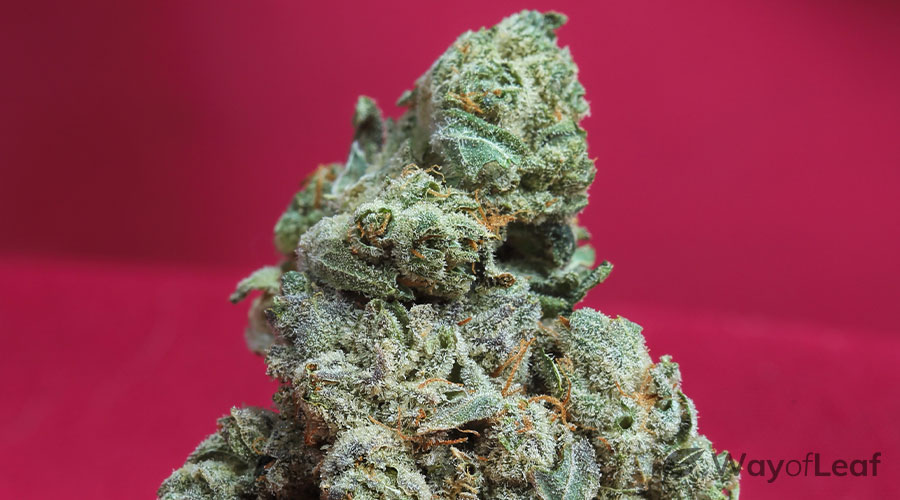 Ringo’s Gift is named after Lawerence Ringo, who was a cannabis activist and an advocate of the potential benefits of high CBD strains. Many consumers of this strain say that it can deeply relax the body without causing couch-lock or any feeling of sedation. This makes Ringo’s Gift a potential daytime option for cannabis consumers.

Harlequin is the only sativa-dominant (75:25) hybrid on this list. As is the case with the ACDC and Cannatonic strains, Harlequin contains a higher CBD than THC content. Most Harlequin strains contain an average THC range of between 7-10% and a CBD level of between 8.5-15%. 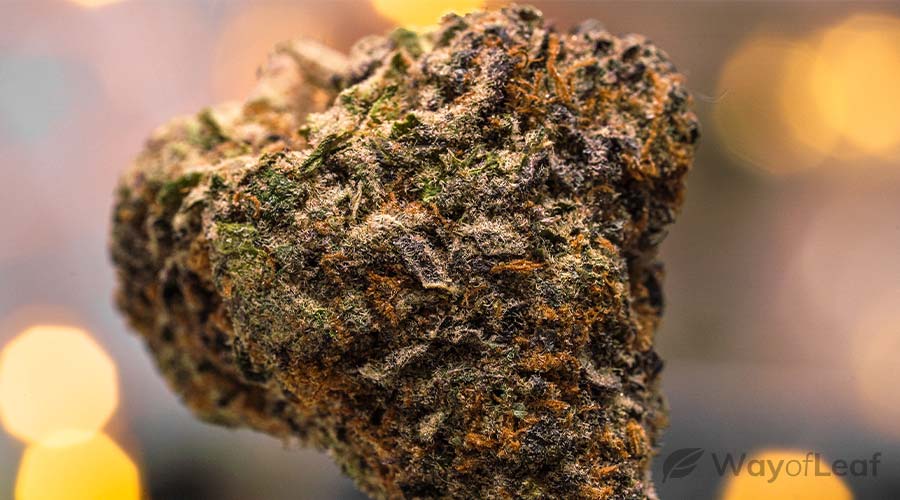 Many Harlequin consumers describe its effects as uplifting and mildly energizing, to begin with. These initial effects tend to taper off before being replaced by a feeling of relaxation.

Harlequin consumers say that its cerebral effects are relatively clear-headed, which allows them to continue to carry on with their daily tasks. This makes the Harlequin strain suitable for daytime consumption.

Final Thoughts on Cannabis Strains for Seizures and Epilepsy

On June 25, 2018, the Food and Drug Administration approved a medication called Epidiolex, which is now used to treat two specific kinds of childhood epilepsy, namely Lennox-Gastaut Syndrome and Dravet Syndrome. As the active ingredient in Epidiolex is CBD, this has naturally piqued the interest of cannabis consumers who have epilepsy.

However, we would caution anyone considering consuming any of the strains on this list, or any other high-CBD strain for that matter, to discuss it with their medical professional before doing so.

We are not medical experts at WayofLeaf, and none of the information contained in this article is meant in any way, shape, or form, to be interpreted as us giving medical advice to our readers. As mentioned above, the strains that appear on this list were merely chosen as they contain significant amounts of CBD, and cannabidiol is one of the main ingredients used in Epidiolex.