Medically reviewed by Lynn Marie Morski, MD, Esq.
Written by John Killerlane, B.A., HDip
5 min read
6 comments
Read Later
All information on this website is for general informational purposes only and is not intended or implied to be a substitute for professional medical advice, diagnosis or treatment.

It’s a common problem. You have a million things to do, yet you’re struggling to get going. You sit there pondering about all of the things that you need to do, but there are just too many distractions. It seems so much easier to put them off for another day.

Who needs pills when you’ve got cannabis?! These five strains just might get you pumped, energized, and give you a laser-like focus so that you can burn through that to-do list in no time at all!

When you have a list of things to do and are looking for a strain to help you focus, the Harlequin strain is a good place to start. It is heavily sativa-dominant (75:25), but its THC content is relatively low (the average THC level of a Harlequin plant is only around 7.5%).

While the Harlequin strain’s THC content is pretty low, it is offset by an extremely high CBD content.

While the Harlequin strain’s THC content is pretty low, it is offset by an extremely high CBD content. This strain has been bred to have a typical CBD: THC ratio of approximately 5:2. The cannabis laboratory Analytics 360 has recorded samples of the Harlequin strain, which contained a whopping 15% CBD. 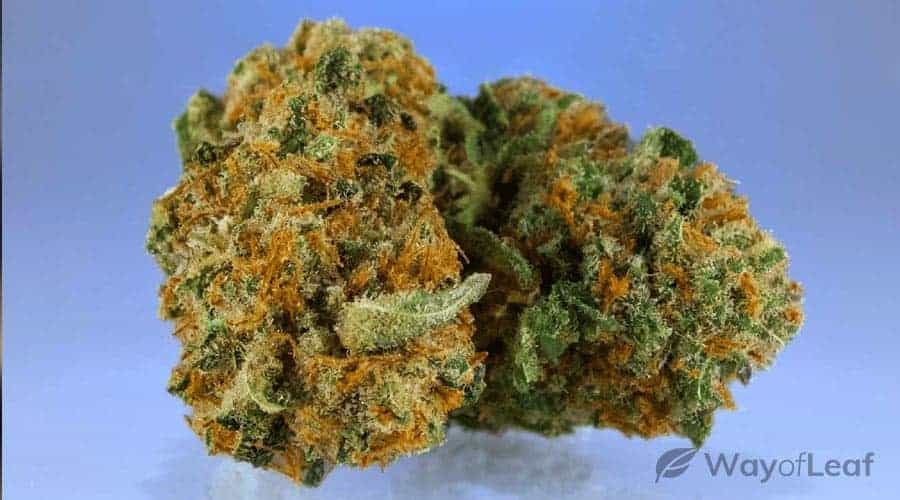 This impressive level of CBD and the overall quality of this strain has made it a multi-award winner in the Best CBD strain category at several Cannabis Cups. The Harlequin strain is a firm favorite among the medicinal cannabis community as it provides relief from a variety of health conditions. It is commonly used for painful and inflammatory conditions, as well as mood disorders like depression, and it may be useful for relieving stress.

The original name of this strain is believed to have been Cush. Supposedly after rapper Snoop Dogg felt this strain’s potent effects, he dubbed it Green Crack, and the name has stuck. This strain is notorious for its intense energizing effect and strong cerebral high.

Apparently, there is another Green Crack phenotype out there too, an indica-dominant (75:25) variety, which is the offspring of the Afghani strain. That is a separate phenotype to this one, however. 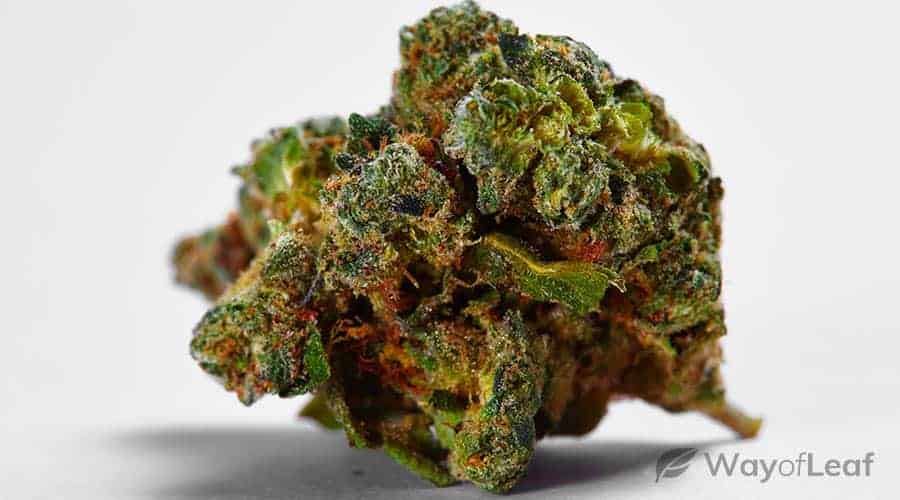 While this strain won’t be for everyone (its name alone is enough to put some people off), it still has its benefits.

That intense boost of energy, which sharpens the senses and heightens alertness and focus, can be very beneficial when you have things to do.

It is also an excellent strain for potentially combatting fatigue and is said to give you sustained energy, rather than a short burst swiftly followed by a crash. That intense boost of energy, which sharpens the senses and heightens alertness and focus, can be very beneficial when you have things to do.

Green Crack, sometimes referred to as Green Cush, has a pretty high THC content. The average Green Crack strain will have a THC level of around 20%, but samples of this strain have contained THC levels as high as 24%. Its potency and strong effects make it unsuitable for a novice cannabis smoker or anyone who suffers from anxiety. This strain is known to heighten anxiety and paranoia if you overindulge.

Less is more with Green Crack. Try a little, see how you tolerate its effects, and use the increased energy and focus it instills to get things done.

Zkittlez, a.k.a. Skittlez or Skittles is an indica-dominant strain that is known for its ability to increase focus and heighten the senses. This multi-award winner took the top prize for Best Indica strain at the 2016 Emerald Cup, and also at the 2015 Cannabis Cups in San Francisco and Michigan.

Zkittlez’s initial effects are uplifting and arguably psychedelic, leaving smokers of this strain feeling happy, euphoric, and with a heightened focus and sharpness. 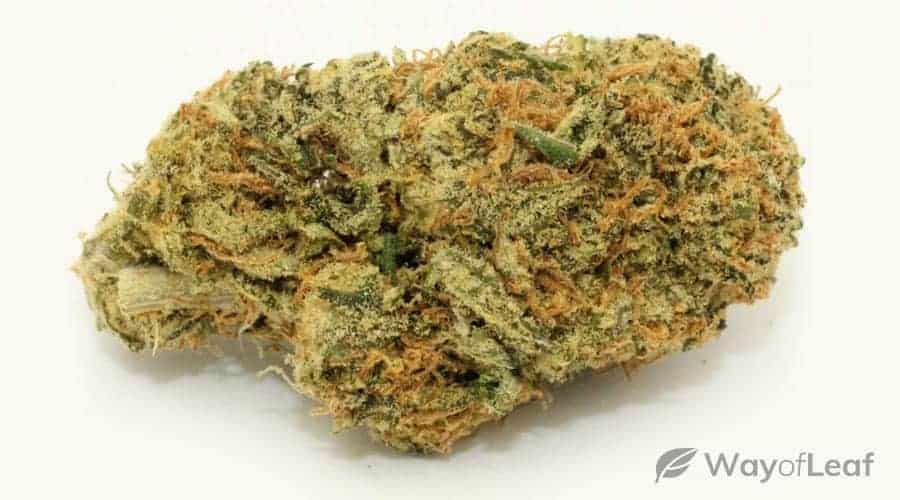 The high tends to dissipate gradually, and later, the strain’s indica effects come more to the forefront. A feeling of deep relaxation and sleepiness soon follows.

While the Zkittlez strain helps to concentrate the mind on the task at hand, it is also known to affect the user’s sensory perception. Time is said to feel like it is going by more slowly, and auditory and visual distortions are commonly experienced. Due to these effects, it is recommended that you don’t overdo it with this strain, or you may feel overwhelmed by its effects. The high tends to dissipate gradually, and later, the strain’s indica effects come more to the forefront. A feeling of deep relaxation and sleepiness soon follows.

The average THC level of a Zkittlez strain is around 21%, and this, combined with its psychedelic effects, make this strain unsuitable for novice cannabis smokers.

The Cinex strain is a sativa-dominant strain that offers a clear-headed high. It will not only help you focus, but it will put a smile on your face, too. Users of this strain describe its effects as uplifting and energizing. This strain is commonly used by people with depression due to its mood-enhancing effects. Its cerebral high brings about a feeling of happiness, euphoria, and invigoration.

This strain is also popular among artistic types, as it is said to get the creative juices flowing.

Cinex has been described as a top-quality wake-and-bake strain, meaning that it gets you energized for the day ahead. Its energizing and mood-boosting effects are great if you are struggling with fatigue and feeling a bit sluggish or unmotivated.

Be mindful, though; the Cinex strain has a very high THC level. An average Cinex strain will contain a THC level of about 24% but can stretch to 26% in some plants. The potency of this strain can lead to racing thoughts, and it is known to heighten anxiety.

Said to be one of the ultimate cannabis strains for managing chronic medical conditions, Mother’s Helper is a perfectly balanced hybrid (50:50).  Not only can it help alleviate the symptoms of numerous medical ailments, but it is often the number one go-to strain for people diagnosed with ADD/ADHD. 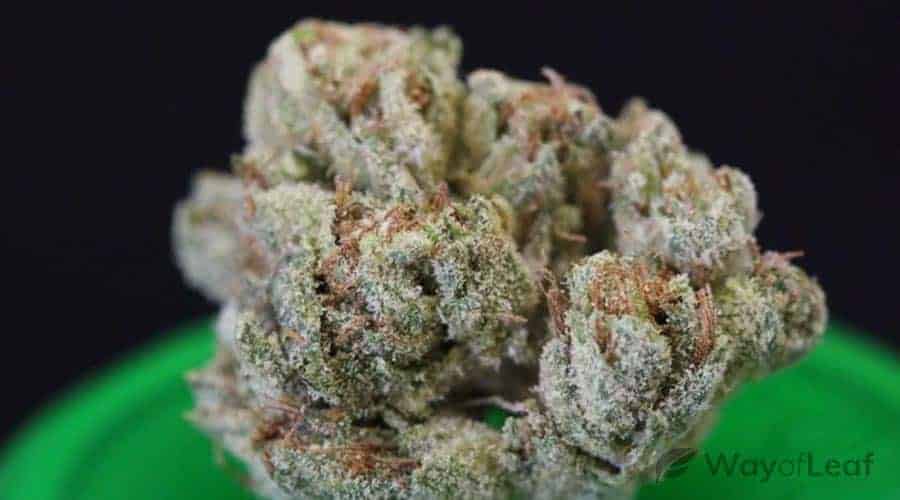 For this reason, this marijuana strain has acquired the final spot on our list, but it may actually be the most efficient out of all the aforementioned contenders.

For this reason, this marijuana strain has acquired the final spot on our list, but it may actually be the most efficient out of all the aforementioned contenders.

With Mother’s Helper, it is important to tread carefully, because a little bit can really go a long way. Overindulging on this strain is known to heighten anxiety and make you feel a bit jittery. However, if the right dose is consumed, this gift from nature can focus and motivate you, unlike any of the other cannabis strains mentioned on this list.

As you can tell from reading about the strains in this article, the general rule of thumb is less is more. Most of these strains are extremely potent, so you need to be careful that you don’t overindulge. Remember, you are taking them to help you focus so that you can be more productive. The last thing you want to do is take too much and end up feeling anxious or even paranoid.

Note: The strains on this list are numbered 1-5, but they are in no particular order. They are just great strains that are known to help you focus and well as giving a welcome boost of energy in most cases. Try these strains and choose the one that helps you most when you need to focus and get things done!

10
8 min read
Join The Discussion
TOC
Premium
Your subscription has ended
If you love cannabis and want to support our site, join WayofLeaf Premium today and unlock
Best of all, part of your membership fee will go towards supporting the fight to legalize cannabis.
Sign Up for WoL Premium
Not now
I already have an account
×
Log in to Your Premium Account