Humans have used various species of mushrooms for their therapeutic effects for centuries. Among their many physiological benefits, mushrooms may also help to reduce anxiety and related psychological disorders, including depression and sleep problems.

This article will examine the current knowledge of mushrooms for anxiety and discuss some of the most effective options. Read on to learn more.

Mushrooms and Anxiety: A Brief Overview

In recent years, we have witnessed a surge of research into new anxiety treatments. These involve numerous natural remedies, including several species of medicinal mushrooms.

One key area of study involves psilocybin, the active compound in magic mushrooms. However, there are also plenty of non-psychoactive fungi that may be useful for anxiety relief too. 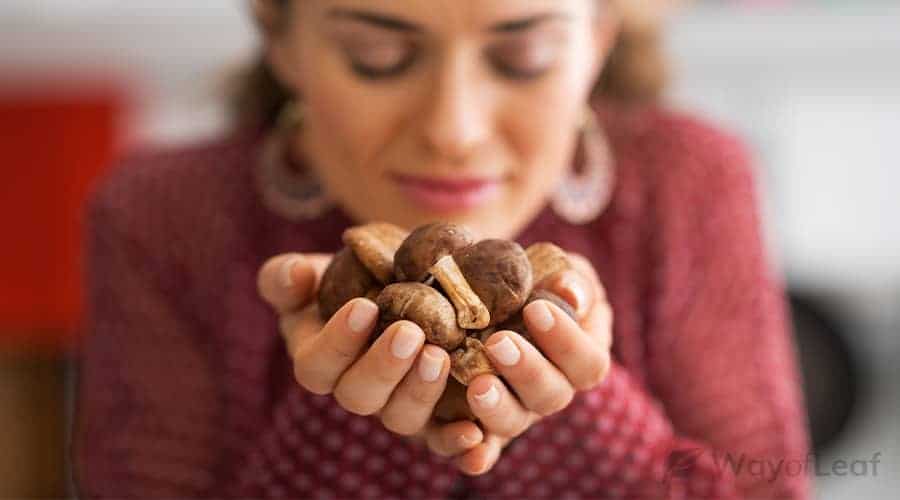 Examples include mushrooms like reishi, lion’s mane, and cordyceps, which we will discuss later in the article. Humans have used these species therapeutically for many years, remaining a vital constituent of many East Asian medical traditions.

Modern research suggests that these medicinal mushrooms could play a crucial role in maintaining brain health. They also have a list of other possible benefits that could help to alleviate anxiety symptoms.

To learn more about psilocybin mushrooms and anxiety, check out the link below. Otherwise, read on to find out how these time-honored remedies could help.

Mushrooms for Depression and Anxiety

As we mentioned, there are several options when it comes to mushrooms for anxiety and mental health. Magic mushrooms for depression are becoming increasingly popular, and so are their non-intoxicating counterparts. This is wonderful news for anyone looking for a natural alternative to pharmacological antidepressants.

However, it is essential to recognize that research is in its infancy, and we still have quite a bit to learn. Scientists are just beginning to understand how various fungal species affect the body and brain.

While mushrooms show much potential for anxiety, scientific research is still in its infancy.

Furthermore, anxiety and depression are complex disorders, and a single treatment method may not have a significant impact. It is likely that mushrooms work best as adjunctive therapy rather than a standalone treatment.

That said, it does appear that mushrooms could influence the underlying pathologies of anxiety and depression in several ways. Let’s take a closer look.

How Do Mushrooms Help Anxiety?

It may be far-fetched to suggest that certain mushrooms cure anxiety, but they could alleviate some of its symptoms. To understand how, let’s look at some of the current theories about what causes anxiety and depression.

Monoamines are a class of neurotransmitters, including serotonin, dopamine, and norepinephrine. The idea that these chemicals become depleted in depression is one of the oldest and most widely accepted theories in psychiatry.

Most traditional antidepressants work by modulating the levels of these neurotransmitters in the brain. It appears that certain mushrooms, such as lion’s mane, may also impact their activity.

Another theory is that depression and anxiety are associated with impaired neuronal (brain cell) growth and development. For example, people living with chronic stress and depression may have reduced hippocampal volumes. The hippocampus is part of the brain responsible for learning, memory, and emotion. 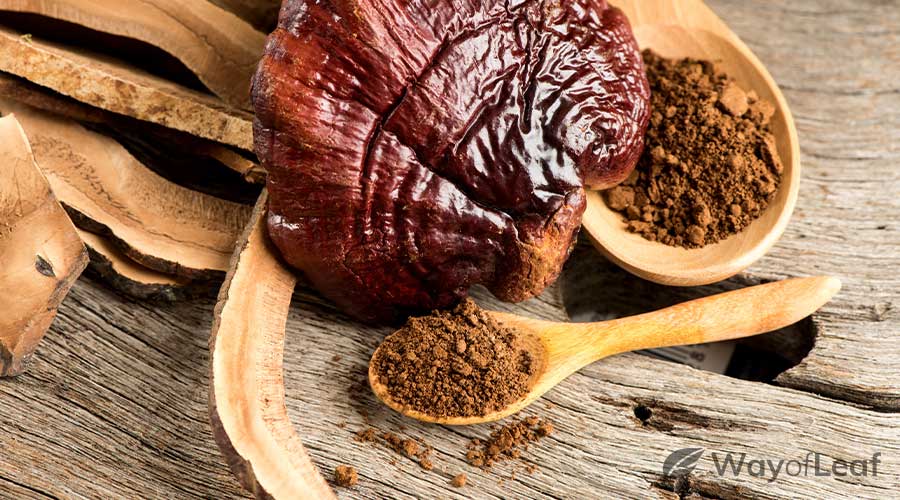 Neuronal development relies heavily on a chemical called brain-derived neurotrophic factor (BDNF). It appears that the active compounds in lion’s mane, specifically, can activate BDNF pathways. However, further study is necessary to determine whether these effects apply to humans.

There also appears to be a link between inflammation and mental health disorders. For example, people with depression may have higher-than-average levels of pro-inflammatory chemicals called cytokines. This is sometimes known as a neuroimmune imbalance.

Another way in which mushrooms may help is by modulating the immune system to reduce inflammation. For example, cordyceps is a species of mushrooms known for their antioxidant and anti-inflammatory effects. Therefore, they may play a role in reducing anxiety by restoring balance to the neuroimmune system.

What Is the Best Mushroom for Anxiety?

Several options are available for those looking for a legal, non-psychoactive alternative to magic mushrooms for anxiety. Let’s explore three of the most common therapeutic mushrooms, reishi, lion’s mane, and cordyceps.

Reishi is the common name for Ganoderma lucidum, known as lingzhi in Chinese medicine. It is a mushroom that grows on rotting wood and has a reputation for promoting longevity and general wellbeing. 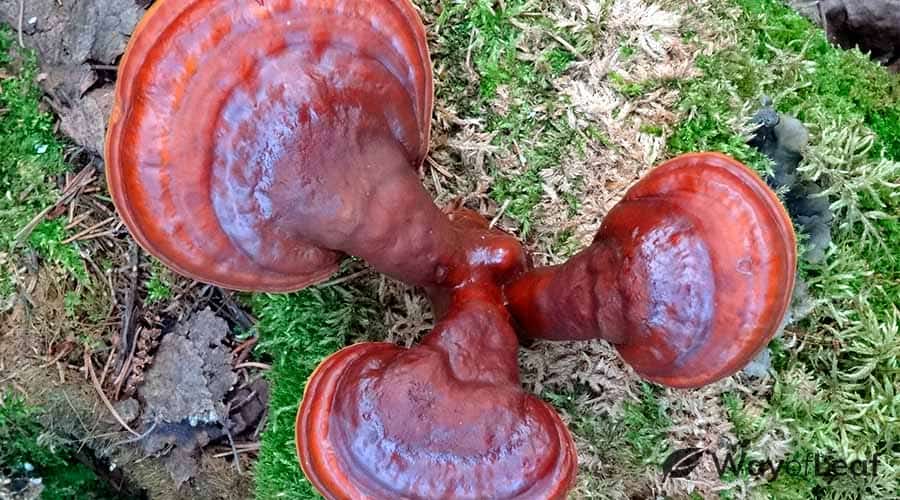 It contains a variety of active compounds, including:

Experts believe that these compounds have antioxidant and neuroprotective effects, helping to protect neurons from damage. It is also possible that these mushrooms influence the serotonin system, although research is ongoing.

To date, research into reishi for anxiety has primarily focused on mice. A 2015 study investigated its effects using the forced swim test (FST). The FST is a behavioral test that researchers often use to trial new antidepressants.

It found that after dosing with reishi extract, the mice had reduced duration of immobility in the test. This finding may represent a type of antidepressant property of the mushroom. Furthermore, there were no signs of toxicity or sedation, even with high doses.

One of the best-studied mushrooms for mental health is lion’s mane (Hericium erinaceus). It is also known as bearded tooth fungus or monkey head mushroom. Like reishi, lion’s mane is prized in East Asian cultures and considered a delicacy with additional health benefits.

Lion’s mane’s key active compounds include two unique chemical groups called hericenones and erinacines. They are small molecules, meaning that they should easily cross the blood-brain barrier, although again, research is limited. 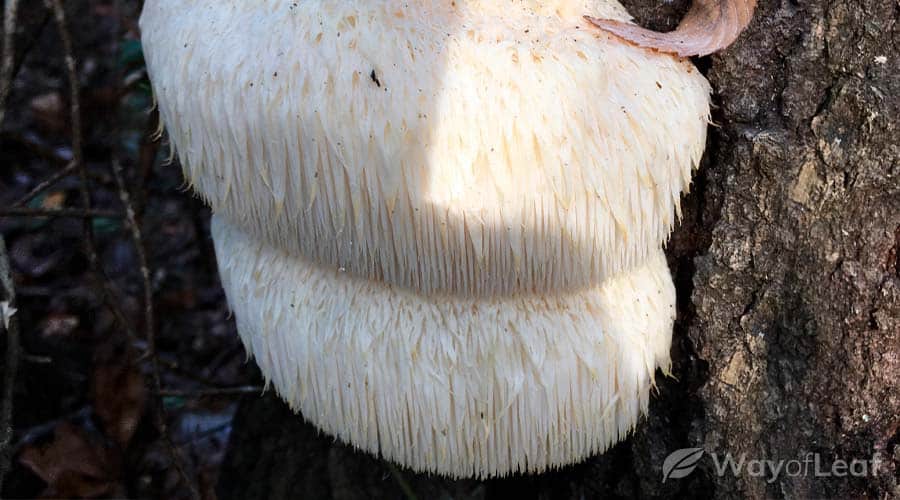 A 2010 study investigated the impact of lion’s mane on anxiety in 26 female subjects with a mean age of 41.3. They had a range of indefinite complaints but no specific medical conditions. One group ate lion’s mane-containing cookies for four weeks, while the other group ate placebo cookies. At the end of the trial, those in the lion’s mane group scored lower on several measures, including:

A 2018 study on mice supported these results. It found that four weeks of lion’s mane extract administration produced antidepressant and anti-anxiety effects. The mice also appeared to have enhanced neurogenesis in the hippocampus following treatment with lion’s mane.

Cordyceps is another group of fungi that play a fundamental role in Chinese medicine. The most common species are Cordyceps sinensis and Cordyceps militaris.

It’s a parasitic fungus that infects and grows inside the bodies of insect larvae. Because of this, many Chinese people refer to this species as  dongchongxiacao, or “winter worm, summer grass.” It is best-known as a tonic herb and has a range of potential benefits for physical and mental health. 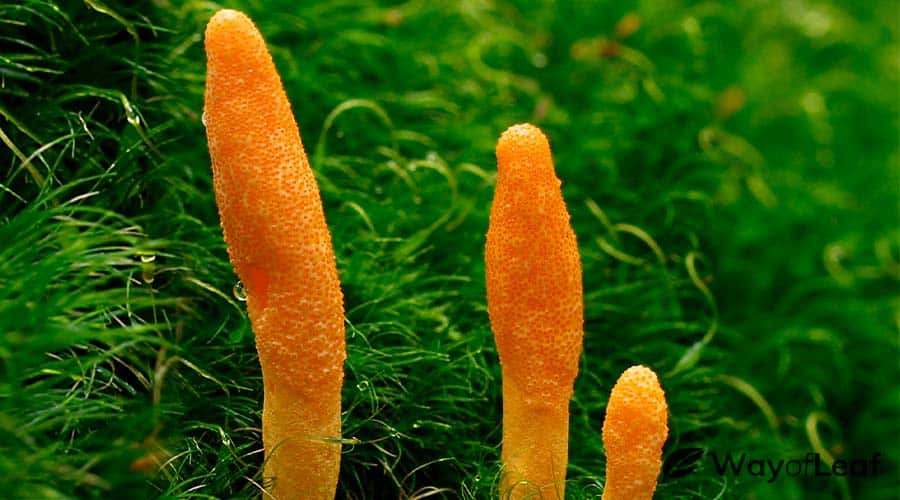 Cordyceps is rich in nutrition and contains several bioactive compounds, including:

Animal studies suggest that cordyceps can produce antidepressant effects after just five days of dosing. It may also help to combat fatigue, a symptom that often accompanies depression and anxiety. It seems the mechanism of cordyceps for anxiety involves the adrenergic and dopaminergic systems. However, further research is required.

Summary on Mushrooms for Anxiety

While much research has focused on hallucinogenic mushrooms for anxiety, psilocybin is not the only compound that may provide benefits.

Species such as reishi, lion’s mane, and cordyceps may also help treat mental health conditions. They have the potential to alter neurochemistry, enhance neurogenesis, and reduce inflammation, all of which may serve to alleviate symptoms associated with anxiety and depression.

Furthermore, they have the significant advantage of being legal and widely available, unlike their psychedelic counterparts. More research is warranted before we know for sure how effectively they work. However, it appears that therapeutic mushrooms have a lot to offer.

Want to try a mushroom supplement? We’ve reviewed the industry’s most prominent brands and rated their quality. Take a look below. To learn more about some leading natural remedies for anxiety, check out the following articles: