Lion’s mane mushrooms go by many names, including yamabushitake and the Latin name Hericium erinaceus. Whatever moniker you have heard for this mushroom species, you may also have heard of the surprising health benefits. As well as grocery stores, lion’s mane mushrooms feature on the shelves of health food stores. As it turns out, there is a number of reasons why this might be the case.

Stick around as we run through what lion’s mane mushrooms are, how to consume them, and why health experts are advocating this ingredient.

What Are Lion’s Mane Mushrooms?

They are a large mushroom species with a hairy, shaggy appearance, making them look like the lion’s mane from which they get their name. Native to Asia, lion’s mane mushrooms are popular in the cuisine of countries like China, Japan, Korea, and India. 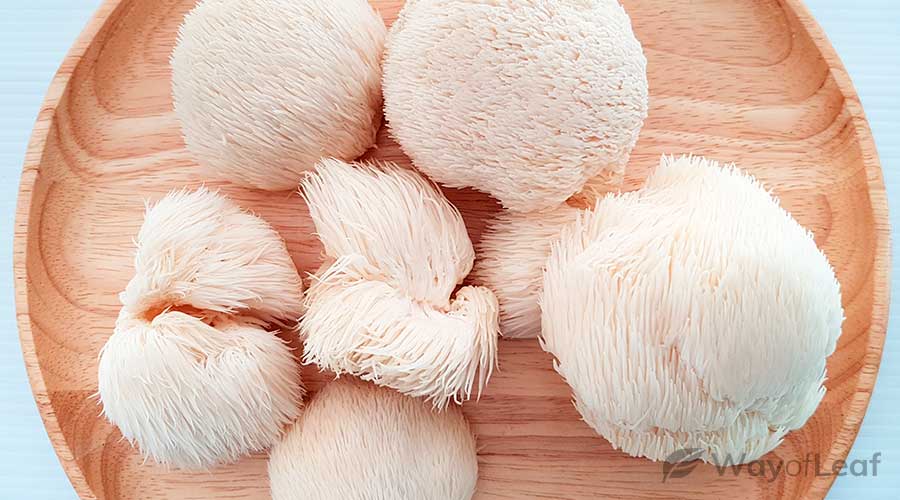 As well as culinary circles, this mushroom has also featured in traditional Chinese medicine for centuries. It tends to be the case that ancient Chinese medicine uncovered health benefits long before Western science, and the lion’s mane mushroom is no exception.

This species has several potential health benefits, which is why it is becoming a popular supplement option. Nevertheless, it’s still a delight to eat, thanks to its seafood-like flavor. There are multiple ways to consume lion’s mane mushrooms, some of which we will cover in this article.

The lion’s mane mushroom has several potential benefits. In terms of its advantages over other supplement types, this mushroom species is enjoyed for its flavor and texture. While the taste is similar to seafood, the texture also mimics that of crab or lobster. For a plant, it has a surprisingly meaty consistency. When cooked, lion’s mane mushrooms become slightly chewy but still very juicy.

In terms of its advantages over other supplement types, this mushroom species is enjoyed for its flavor and texture.

It is also completely natural. While some supplements, like vitamins, are derived from natural resources but require filtration, mushrooms come straight from the earth. The lion’s mane variety is both natural and versatile, often grown organically in a way that can be used through a combination of methods.

Below, we cover more lion’s mane benefits in relation to its effects on the body.

There are several purported benefits to the consumption of lion’s mane mushrooms. In theory, they cover everything from gut health to anxiety. Not all of these claims have yet been verified by science, and supplements will always work differently for everyone. That said, we cover some of the potential health benefits of lion’s mane below.

Animal studies in mice have revealed that lion’s mane mushroom may reduce inflammation that has a knock-on effect on mood disorders like anxiety. Of course, the same might not be true of humans, but one 2010 study conducted with menopausal women found that eating cookies containing lion’s mane every day for a month reduced feelings of anxiety.

Stomach ulcers have several causes, one of which is improper and long-term use of non-steroidal anti-inflammatory medications (NSAIDs). NSAIDs can cause stomach ulcers by damaging the mucus layer of the stomach. Luckily, lion’s mane mushroom may protect the stomach lining and thus prevent damage. A 2014 study that explored numerous potential benefits of this species on the body also mentioned this possibility.

A few other studies have investigated its potential use for digestive illnesses like Crohn’s disease, but nothing conclusive has yet been discovered.

Most supplements claim to promote heart health in some way or another.

In animal studies, like this 2013 study conducted on obese rats, lion’s mane mushroom extract was shown to improve fat metabolism and reduce triglyceride levels, having a positive knock-on effect on the heart.

Most of the studies into lion’s mane and gut health have been carried out on animals, leaving more to be done on this matter. However, we do know that lion’s mane mushrooms contain hericenone B, a compound that can reduce the rate of blood clotting, thus decreasing the risk of heart attack or stroke.

As humans age, they are likely to lose neural functioning and develop ailments like dementia. A 2013 study found that lion’s mane mushrooms contain hericenones and erinacines, two compounds that may stimulate brain cell growth.

As a result, there is potential for lion’s mane mushroom to promote cognitive function. Once again, most of the studies in this arena have dealt with mice; a handful of research has found that this mushroom species can prevent brain damage caused during Alzheimer’s disease in mice.

Human studies are required to learn more about its potential effects.

There are a variety of other avenues being explored by researchers. In general, the mushroom could act as an anti-inflammatory and immune booster, though scientists are not entirely certain why this is the case. Its immune-boosting properties, for example, may stem from its positive influence on gut health.

For now, it appears that the lion’s mane has some great potential benefits for those who use it.

How to Use a Lion’s Mane Mushroom Supplement

Lion’s mane supplements are common nowadays. There are many ways to use it, and animal studies suggest that it is safe even at fairly high doses of up to 2.3 g per pound of body weight (in rats) for one month or lower dosages for three months.

That said, there is potential for allergies in humans, so it’s vital to perform an allergen test. You should also take low doses at the first instance to see how you get on, and it’s unnecessary to consume lion’s mane mushroom on a daily basis. 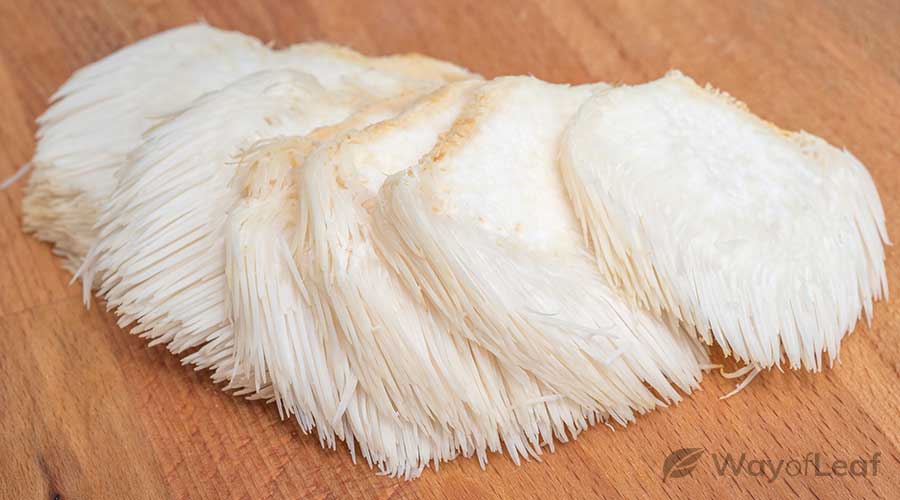 A typical dose is 500-1000 mg, which is very low. A little goes a long way. When using supplements like this, listen to your body and discuss things with a doctor if you have any doubts.

Below are just a handful of the ways to use a lion’s mane supplement.

Lion’s mane tea is basically what it sounds like. It contains dried mushrooms, and some brands may add additional ingredients to improve the flavor. All you need to do is use a tea strainer to steep the mushrooms in hot water to impart the beneficial compounds, and then drink it like a regular cup of tea. Typically, users choose brands that don’t add other ingredients, keeping the tea as natural as possible.

Most sachets come with instructions regarding water temperature and brewing time.

Powder is another common way to consume this supplement. Lion’s mane powder might seem a little confusing at first, but it’s actually very simple to use. Some users choose to rehydrate the powder by dissolving it in water to make a shot. Admittedly, this method is unpleasant in taste, but it’s fast and effective.

Related article
Maitake Mushrooms | What Are They and How Can They Help?

Alternatively, you can add the powder to smoothies and other beverages. It hides the taste and ensures that you also get lots of other nutrients thanks to the other ingredients.

Finally, capsules are a popular option for many. Typically, pure lion’s mane capsules will contain ground-up mushrooms within a small pill. There are many benefits to the capsule method, including the fact that the dose is pre-measured for you and you don’t have to do any work. Furthermore, it’s quick and simple, just like taking any other tablet! Plus, it’s tasteless, unlike the powder or tea forms.

This is an incredibly versatile mushroom species that you can cook and eat alone or use as a supplement.

That said, more research is required into this supplement. So far, users have found positive reactions and very few side effects unless you have an allergic reaction. As long as you use this supplement responsibly and safely, there should be no harm in trying it for yourself. 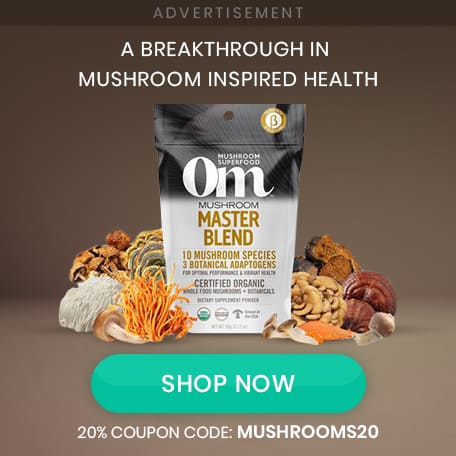 0
5 min read
Cordyceps Mushrooms: What Are The Benefits?