Growing mushrooms is a fascinating and rewarding pastime. From gourmet strains like shiitake to medicinal mushrooms like lion’s mane, more and more people are turning their hands to home cultivation.

There are many different ways to grow mushrooms but using grain spawn is one of the most common. In brief, it involves using a cereal grain to provide nutrition as the fungus develops.

This article explores the most popular options and explains how to choose the best grain for mushroom spawn. Here’s all you need to know.

What Is Grain Spawn?

Before even thinking about a successful mushroom harvest, it is necessary to cultivate some healthy mycelium.

Mycelium is a complex network of strand-like structures called hyphae. Much like a plant’s roots, they take up nutrition from the growing medium or substrate, eventually allowing mushrooms to form.

It is possible to grow mushrooms on numerous different substrates, depending on the species. Wood chips, coco coir, or even coffee grounds are all reliable options. But it isn’t simply a case of throwing some spores onto the substrate and waiting for mushrooms to grow. The process is a little more complex than that.

Mushrooms like humid conditions. Unfortunately, these conditions also provide ideal environments for contaminants like mold and bacteria to thrive.

In the early stages of their life cycle, home-grown fungi are very prone to contamination. Therefore, it is necessary to establish a robust mycelial network before adding it to the final (bulk) substrate.

This is where grain spawn plays a crucial role. It provides a sterile, nutrient-rich environment for the mycelium to flourish. Once the grains have become fully colonized, the mycelium has already developed an immune system. Therefore, it is more resistant to contamination and can be safely added to the bulk substrate.

Almost any kind of grain will work for mushroom spawn, but some are more suitable than others. Below, we will compare the options to find out which is best. But first, let’s take a quick look at the process of creating mushroom grain spawn.

Below is a quick summary explaining how to grow mushrooms using grain spawn. However, it is not a detailed guide, and we recommend that readers thoroughly research each step before proceeding. 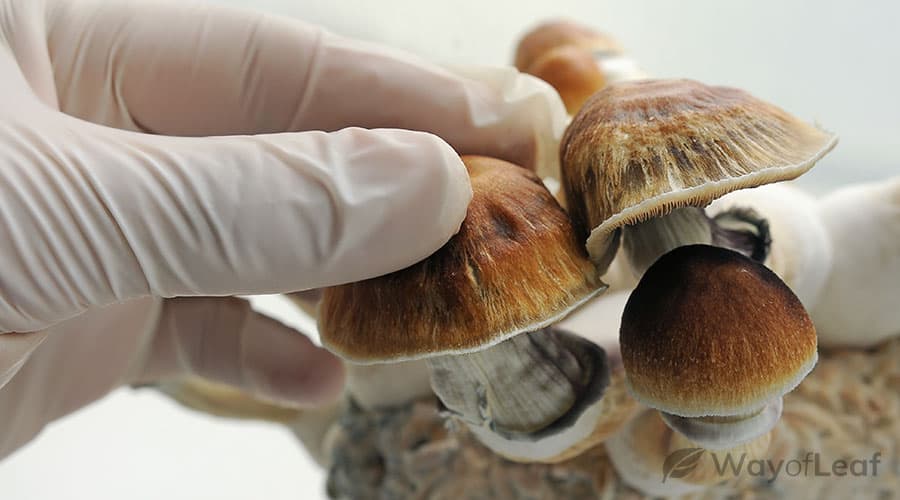 The first step involves washing and soaking the grain to rehydrate it. How long this takes will depend on the size of the individual grains. For example, large grains like popcorn will require more soaking than smaller grains like millet.

The grain should be sterilized before adding the mushroom culture. Most people do this by placing it in jars or mushroom grow bags and using a pressure cooker. The pressure cooker should be set at around 15 PSI (250°F/121°C), which is hot enough to destroy pathogens.

Another option is to use pre-sterilized, microwavable rice bags. While most experts agree that rice is not the best grain for growing mushrooms, this method eliminates the need for a pressure cooker and is fine for novices. If using this method, it is possible to skip the soaking and sterilization steps.

The next stage is to inoculate the grains with some mycelium. This can be in the form of a liquid culture or clean, colonized agar. It is inadvisable to add mushroom spores directly to grain as this increases the risk of contamination.

Good hygiene practices are critical to avoid introducing mold or bacteria to the grains. This means working in a sterile environment such as a still air box or in front of a laminar flow hood.

The latter option is relatively expensive but could be a worthwhile investment for anyone serious about cultivating mushrooms. It is also best practice to wear disposable gloves when handling uncolonized grains and mycelium.

The waiting game begins once the mushroom culture or colonized agar has been added to the sterile grains. This is known as the incubation period. The grains may need to incubate at a specific temperature, depending on the mushroom strain.

As the grains colonize, they will start to turn white. This is a sign that the mycelium is developing correctly. Watch out for signs of contamination such as green, black, orange, or pink patches in the grains. If these appear, dispose of them immediately.

Once a good proportion of the grains turn white, shake the jars or bags to evenly distribute the mycelium. Doing so will speed up the colonization process significantly.

Once the grains turn entirely white, they are fully colonized and ready to add to the bulk substrate. The whole process can take several weeks. Some cultivators recommend waiting an additional five days after the grains turn white to ensure they are colonized all the way through.

Next, break up the spawn into individual grains and add them to the bulk substrate. Mix them through evenly, again paying close attention to hygiene and potential sources of contamination.

Then it is necessary to wait for the bulk substrate to be fully colonized before initiating fruiting conditions. How long this takes will depend upon numerous factors, including the mushroom species, temperature, container size, etc.

The Best Grain for Mushroom Spawn

Now that we have briefly explained how to grow mushrooms using grain spawn, let’s look at the best options. 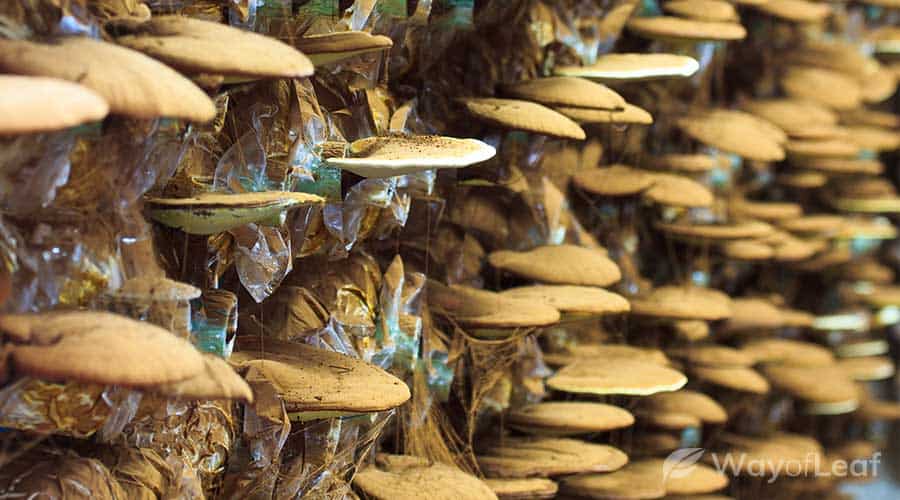 Most people consider rye to be the best grain for mushroom spawn.

The major downside is availability. Rye is less common in stores than other grains like rice and popcorn. Although it can be purchased online, it may be costly.

Rye can also dry out relatively quickly and should be soaked overnight for the best results.

Wheat (sometimes known as wheat berries or wheat seeds) is another good option.

It is fairly similar to rye in terms of nutrition and surface area. It is also more widely available in certain areas, making it more affordable.

The main disadvantage is that it holds less water than rye and can dry out even more quickly.

One of the major advantages of using millet is that the grains are tiny. Therefore, it has a larger overall surface area than rye or wheat. It is also reasonably resistant to contamination.

However, these tiny grains can also be tricky to handle. Be prepared for them to bounce around and get into every nook and cranny of your workspace. They can also become mushy more quickly than many other grains.

Popcorn is considered one of the most accessible grains for beginner cultivators. It is relatively easy to rehydrate correctly and easy to shake at the appropriate time. Popcorn is also less prone to contamination than some other grains.

The most obvious disadvantage is that popcorn is a much larger grain than the others we have discussed so far. Therefore, it has a much smaller surface area. It is also one of the more expensive options, although it is widely available.

As we have already mentioned, rice is by no means the best grain for mushroom spawn. It tends to get mushy and sticky very quickly and is prone to contamination.

However, it is cheap and widely available. Microwavable rice also comes in pre-sterilized bags, taking much of the hassle out of preparation. Just be sure to choose whole grain brown rather than white rice, which can get extremely sticky.

Wild bird seed is a mixture of different grains, and it is possible to use it for mushroom cultivation. It is cheap and widely available, although it has several downsides too.

Because the grains are of different sizes, it is challenging to rehydrate evenly. Furthermore, it is not suitable for every mushroom species.

If using wild bird seed, be sure to avoid brands that include sunflower seed shells or cracked corn, as these ingredients can cause issues.

It is possible to use many other grains, including barley, oats, and sorghum. In fact, you can grow mushrooms using pretty much any grain you can find. While some are more suitable than others, most will work well enough for small-scale operations.

Summary of the Best Grain for Mushroom Spawn

Grain spawn is one of the most common techniques for growing mushrooms. It involves colonizing a cereal grain with mycelium before adding it to a bulk substrate to fruit.

In many cases, the best grain for mushroom spawn is simply whatever is available.

It is possible to use a wide variety of grains, and each of them has pros and cons. Therefore, in many cases, the best grain for mushroom spawn is simply whatever is available. For example, while many experts consider rye the gold standard, it can be more difficult to find than popcorn or brown rice.

Every grow is different, and finding the best grain can be a case of trial and error. Do you have a favorite? Let us know in the comments.