Mushrooms are a fantastic source of nutrition. They are low-fat and low-calorie while containing significant amounts of protein and dietary fiber. Certain species also contain unique bioactive compounds that benefit our health in various ways.

Mushrooms also taste great, with an unmistakable flavor and texture. Therefore, it is no surprise that they are a vital component of many cuisines around the world. The only downside is that there are so many to choose from, it can be hard to know where to start!

Here is our guide to eight delicious and nutritious edible mushrooms that you have to try.

They are the most frequently consumed fungi in the United States and are widely available in stores. They are also relatively affordable compared with most other species. 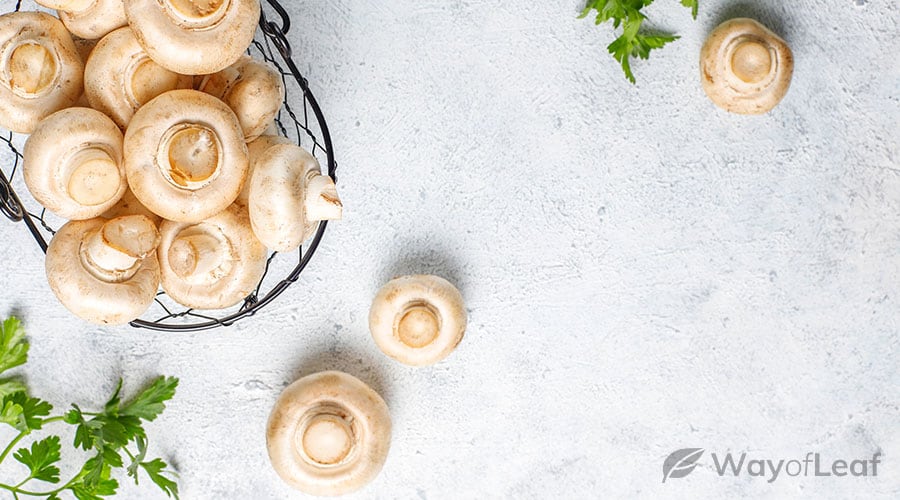 Their taste varies slightly depending on the type, with brown varieties tending to be more flavorful.

They work well in a range of recipes, from omelets to pasta sauces. They also taste great on their own, either grilled or fried in butter.

Agaricus bisporus mushrooms are nutritious too, being especially rich in dietary fiber. Therefore, they may have prebiotic effects and help to support digestive health.

These mushrooms are also rich in vitamins and minerals, including B vitamins, vitamin C, vitamin D, phosphorus, potassium, selenium, and more.

Oyster mushrooms (Pleurotus ostreatus) are another famous edible mushroom. They come in a variety of sizes and colors, although gray oysters are the most common. Yellow oysters, pink oysters, and king oysters are a few other popular varieties.

They have a delicate flavor and tend to lose a lot of their mass during cooking. Therefore, many people prefer to mix them with other mushrooms in their dishes. Quickly sauteing them is the best way to preserve their texture and taste. 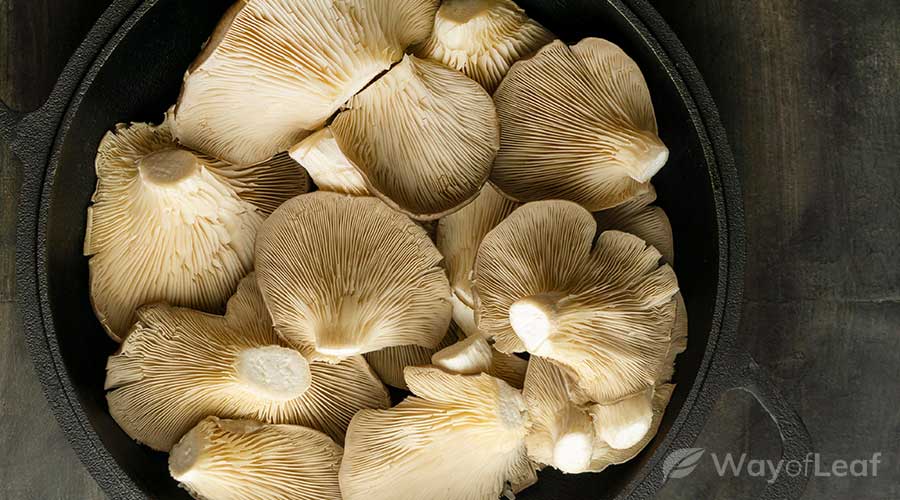 Oyster mushrooms are rich in compounds called beta-glucan polysaccharides that have many potential health benefits. They appear to influence immunity, gut health, metabolism, and more.

These fungi also contain a cholesterol-lowering compound called mevinolin or lovastatin. Therefore, they could be an excellent choice for promoting cardiovascular health.

Another benefit of oyster mushrooms is that they are easy to grow. Therefore, they are a great starting point for people who want to cultivate edible fungi.

Shiitake (Lentinus edodes) is a common mushroom in Asian cuisine. However, it is also becoming increasingly well-known in the United States.

It is possible to buy these mushrooms fresh, but they are typically sold dried, meaning they can be stored for a long time.

Shiitake are relatively strong-tasting with a firm texture. Therefore, they take slightly longer to cook than some other varieties. 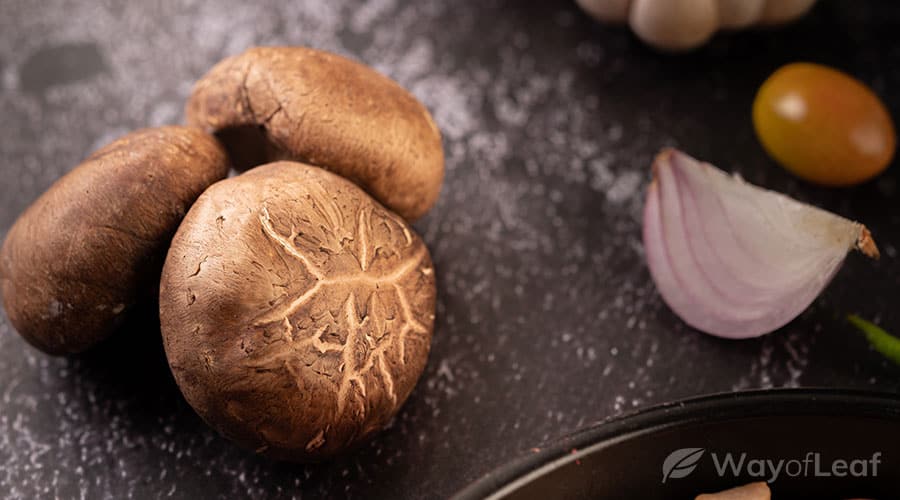 They work well in soups and stocks, imparting a deep and rich savory flavor that many people love. They also taste great in stir-fries and sauces.

Moreover, these mushrooms are famous for their medicinal properties. They contain several substances with potential anticancer activity. One of the best-known of these is lentinan, which Japanese researchers have studied as a possible treatment for stomach and colorectal cancer.

Maitake (Grifola frondosa) is another popular edible mushroom in Asia, although it also grows in the United States and Europe. Its alternative name, hen of the woods, describes its unusual “feathery” appearance. 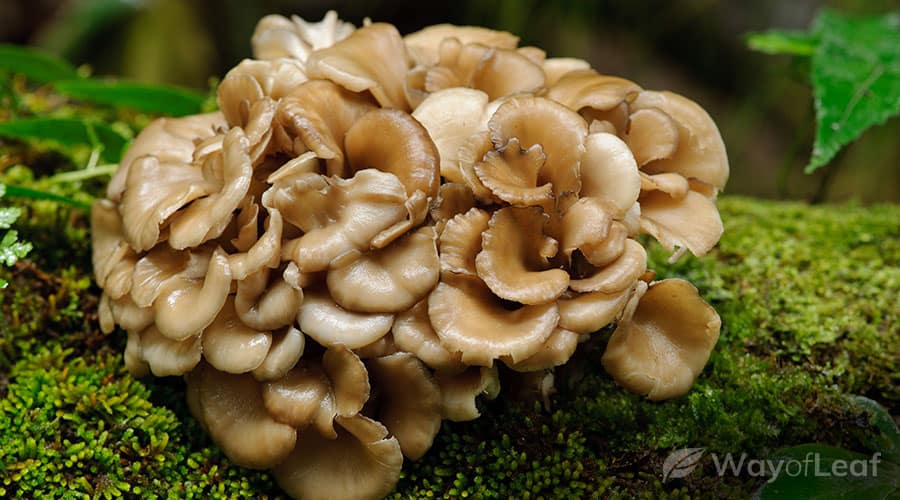 It is a large mushroom that requires some preparation before cooking. The simplest way to do this is to separate it into sections using a knife or your hands (it pulls apart like string cheese). It can then be sauteed in butter or added to your maitake recipe of choice.

Research has shown that maitake mushrooms have immunomodulating properties, increasing activity in several cell types. It seems that combining these fungi with shiitake enhances these effects significantly. However, when comparing the two side by side, maitake had more potent effects on immunity.

Enoki (Flammulina velutipes), also known as golden needle mushroom, is another staple of Asian cuisine. They have a distinctive appearance, with long white stems and small, undeveloped caps. However, these mushrooms look very different in the wild with a golden cap and dark, velvety stem. 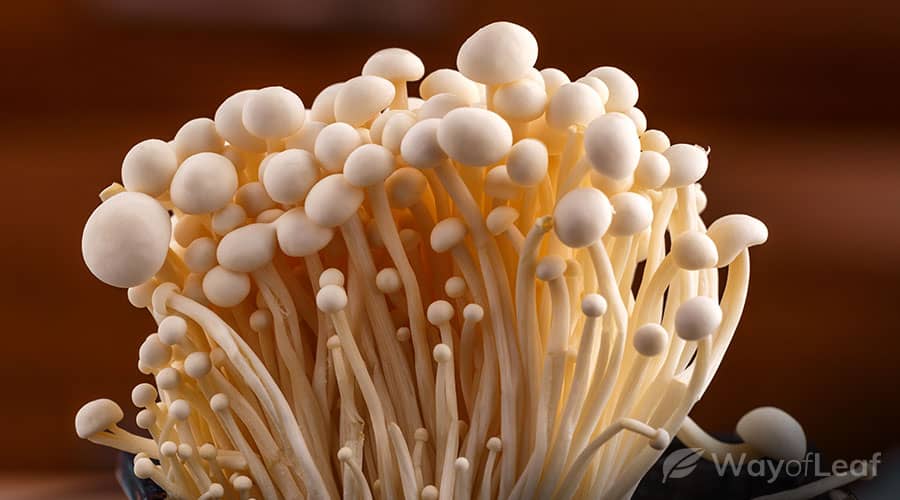 They are very high in fiber, meaning they retain their shape well during cooking. Therefore, they work well in soups and slow-cooked sauces. Their flavor is mild, and people mostly eat them for their satisfyingly chewy texture.

According to research, enoki mushrooms also have several potential therapeutic applications. They may possess antitumor and anticancer activity, help to control blood pressure and cholesterol, inhibit thrombosis, and more.

Plus, they contain unique compounds such as velutin and enokipodins that display antiviral and antimicrobial properties.

The name ‘chanterelle’ describes members of the genus Cantharellus. There are many such species worldwide, and they are considered a choice edible.

However, these goblet-shaped fungi are challenging to cultivate and are usually harvested in the wild. Anyone foraging for chanterelles should exercise caution, though, as they look similar to the poisonous jack-o-lantern (Omphalotus olearius). 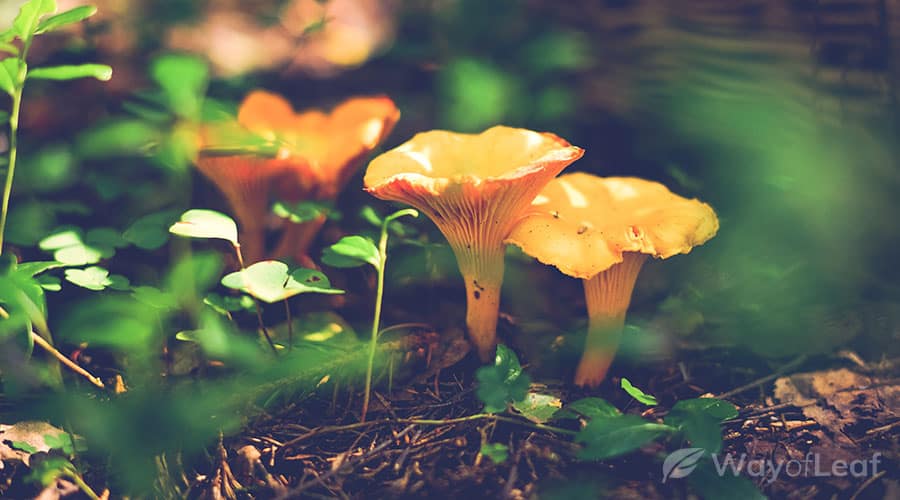 Chanterelles have a slightly fruity flavor and some people even make them into desserts. However, they also work well in savory dishes or on their own.

They are rich in vitamins B and C, phenolic compounds, flavonoids, and fatty acids. Some potential benefits include antioxidant, antimicrobial, anti-inflammatory, and wound-healing properties.

Boletes are unusual in that they lack gills and the mushrooms have a spongy, porous underside instead. While several bolete species are edible, others are poisonous, so foragers should take care. Fortunately, dried porcini mushrooms are widely available in stores. 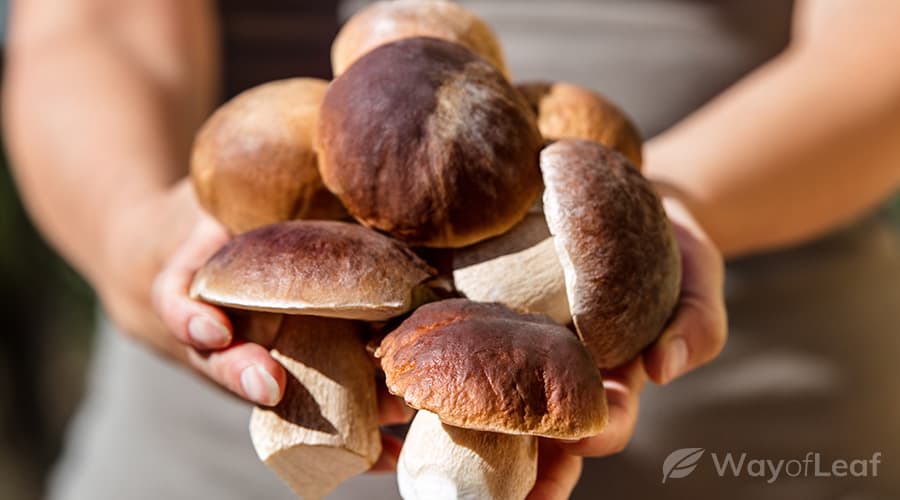 They have a rich, meaty flavor and a tough texture due to their high protein content. Therefore, they are best simmered in sauces, soups, or stews. Soaking dried porcini in hot water to create a mushroom stock is another popular way of consuming these fungi.

Porcini are rich in bioactive compounds, including phenols, alkaloids, vitamins, and minerals. They have an especially high concentration of selenium.

Morels (Morchella species) are another commonly foraged fungus. They appear in woodland every spring and can be recognized by their irregularly-shaped ridged caps.

However, anyone hoping to find some of these edible mushrooms should watch out for their poisonous look-alikes, false morels (Gyromitra esculenta).

Morels have a rich umami flavor that makes them desirable to mushroom hunters around the world. But although they are considered a delicacy, some people can react badly to them. It is essential to cook them thoroughly and avoid consuming them with alcohol to reduce the risk.

Those who can eat these mushrooms may benefit from their polysaccharides, phenolic compounds, and vitamins B, C, and D.

Truffles are not technically mushrooms. However, we believe they deserve mentioning as one of the most renowned gourmet fungi worldwide.

Truffles are elusive and expensive as they grow underground, and finding them requires great skill. Some people use dogs or pigs to help as they can detect their distinctive aroma.

Due to their rarity and price, people tend to use small amounts as a seasoning, often in the form of truffle oil or shavings.

Due to their rarity and price, people tend to use small amounts as a seasoning, often in the form of truffle oil or shavings. Fortunately, they pack a lot of flavor, and a little goes a long way.

They also have an outstanding nutritional profile. They are rich in protein, including all nine essential amino acids, fatty acids, fiber, vitamins, and minerals.

Potential benefits include antioxidant, antimicrobial, anti-inflammatory, and liver-protective properties. Traditionally, people have also used them as an aphrodisiac.

The edible mushrooms we have listed above are just a few of the many varieties that humans consume as food. We have chosen them as our top eight due to their availability, versatility, flavor, and nutritional value.

However, some of these mushrooms are easier to find than others, and a few varieties only grow in the wild. Harvesting wild mushrooms is risky and should only be done by individuals who are confident in their ability to identify them correctly.

If in any doubt, leave these fungi in their natural habitat and stick to eating store-bought or homegrown varieties instead.